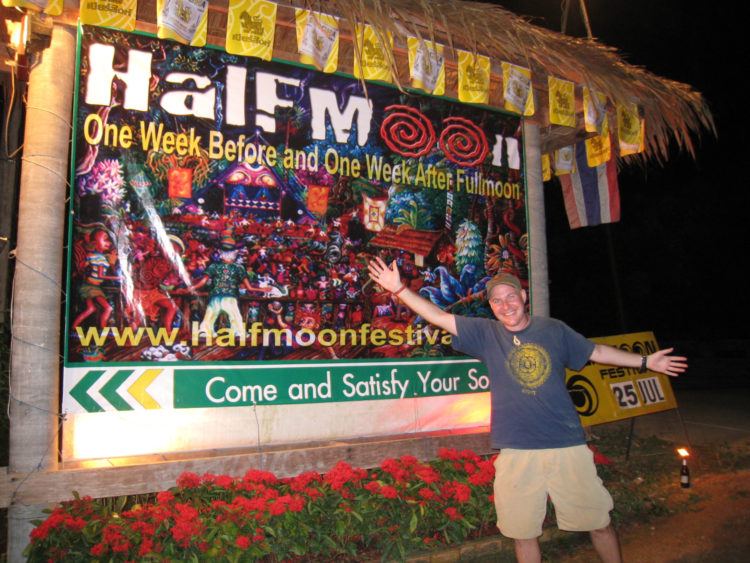 I had high expectations for the Half Moon party. However it turned out to be a letdown.

I know some people enjoyed it more than the Full Moon party because they told me as much, but I couldn't see the appeal.

Chrissy, Diana, Steve, myself, and an American girl arrived early via taxi.

Images of a rustic setup in the jungle were quickly dispelled when we walked up the access road to see a ticket booth.

We all seemed to have missed the detail of a cover charge, perhaps because it wasn't mentioned on the flyers. It was about $9, which included one drink.

On top of the return taxi fare, the night was already shaping up to be more costly than the Full Moon Party.

And then I saw the drink prices, which were about 30% higher than what you could get on Haad Rin. 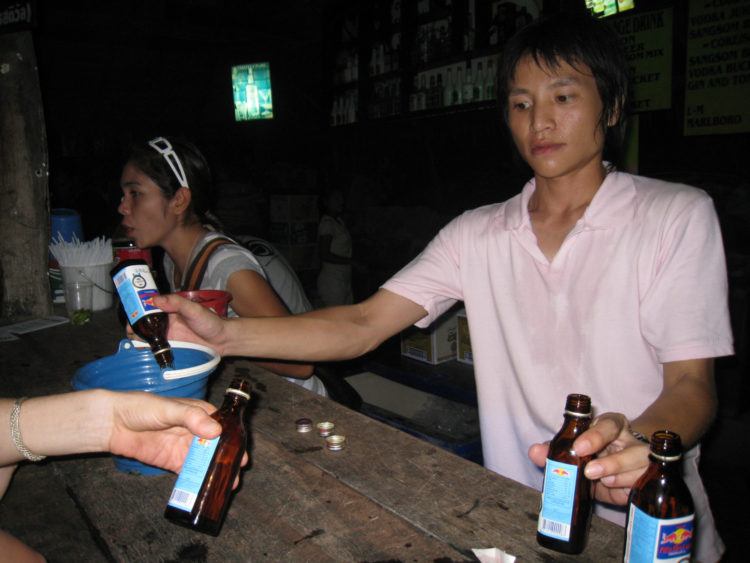 The venue was not jungle-like at all. There were buildings, concrete, infrastructure!

After a loop around the premises, it was clear there was little escape from the music if psy-trance wasn't your thing.

I often enjoyed it at the beach, but I wasn't digging it at the Half Moon party.

Thankfully, they had a few fire dancers who provided much needed entertainment. It was probably the highlight of the night for me.

Steve and the American girl left at 1 am, and I knew I had to decide whether to go with them or at 4 am with Chrissy and Diana (who were trying to stay up all night as they had to leave Koh Phangan early that morning). 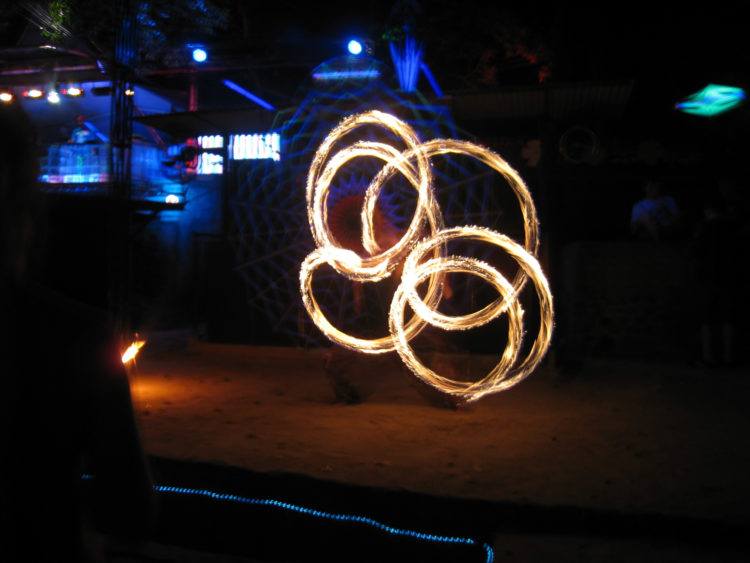 I decided to stay longer, and almost immediately regretted it.

During those painful three hours, I saw the bloody results of a guy who got hit in the head with a bottle.

I saw Chrissy needing to take care of Diana who accidentally had too much to drink.

I had to stay under the roof of a bar due to pouring rain.

I witnessed some girl seemingly start to bleed spontaneously (after a few minutes, a guy carried her down the access road as blood and tears ran down her face).

And on top of it all, when 4 am rolled around, we didn't immediately connect with our taxi.

She was waiting for us at the gate but didn't see us leave, so we waited around for 30 minutes thinking we'd have to pay for a new taxi to get back (which would've been VERY expensive given we were on a remote beach).

Fire dancer at Half Moon Festival

While we were cursing taxis, I spotted the cool fire dancer and had my photo taken with him.

I asked him how long he'd been twirling fire, and he responded a year and a half. He practices about three hours a day, every day.

My advice:  Do not go out of your way to attend the Half Moon Party.

Note: It's been 10+ years since I wrote this so things may have changed. You can find more info on the Half Moon Festival here.

High quality info here! Keep up the great work. I love the feelings being expressed.

That looked like such a great party! You should check out full moon parties in Colorado or maybe just Colorado in general, because you didn't have it marked on your map.

I hope I'll have a few bucks left to pass through Colorado. If not this year, sometime while I'm young!

So my question is this... have you decided to stay in Thailand and learn the fine art of Fire Dancing??? It could take you as little as 1.5 years....

Hi Dave! Looks like you are having a great time and learning alot. I am envious but would probably be in culture shock. :wink: