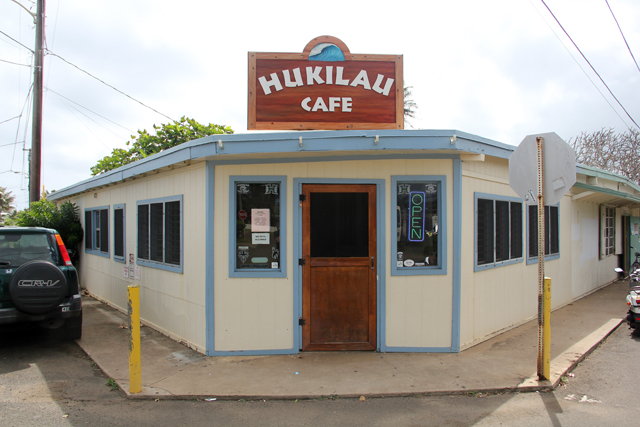 While dreaming of Hawaii often depicts perfect scenes of green mountains and sandy beaches, food is what comes first to my mind.

One of my favorite things to do on the island of Oahu, along with stand up paddle boarding, and straight up relaxing, is to enjoy the awesome food the island offers.

The Asian fusion food that has become uniquely Hawaiian food offers a tasty repertoire for anyone who loves to eat.

The last time I was in Hawaii I took a day trip drive around the island of Oahu, which takes around three to four hours if you don't stop anywhere, but we stopped at the Hukilau Cafe for brunch.

The Hukilau Cafe is especially famous for being included in Adam Sandler's 50 First Dates movie.

Despite being famous for being featured, they serve some delicious home-style Hawaiian favorites.

Just off the highway and within the quiet neighborhood of Laie, is Hukilau.

The cafe is in a small trapezoidal house that's been converted into a restaurant, and you'll know you've arrived when you notice the stream of vehicles that are parked on the side of the street.

The restaurant attracts both tourists that are looking for good food (and driving around the island) and locals from both Honolulu and Laie (the small town where the restaurant is located).

See also: Planning for Hawaii on a Budget – Oahu 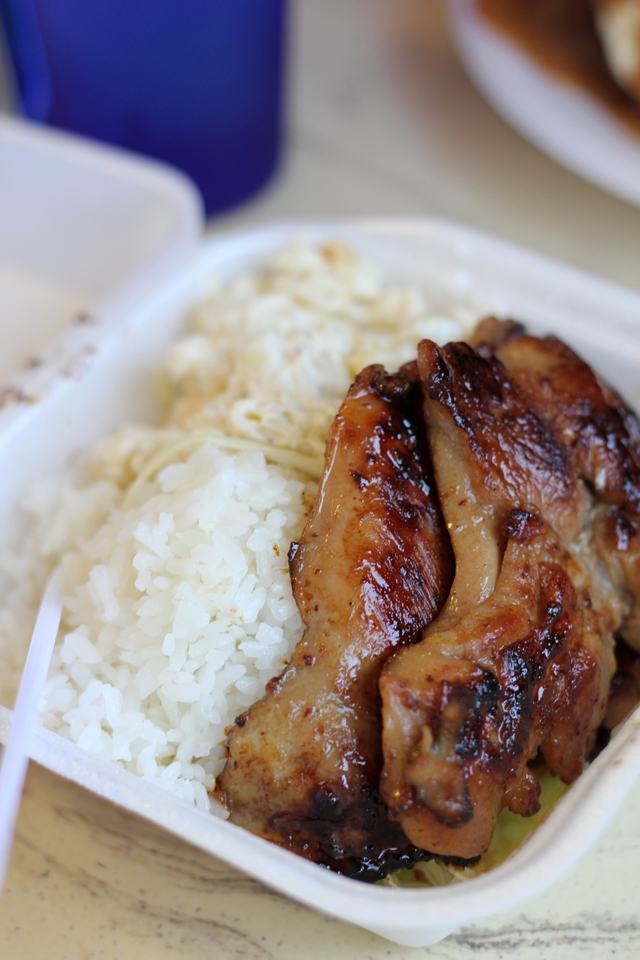 The menu is quite simple including typical dishes like teriyaki chicken and beef, loco moco (a hamburger patty over rice topped with a fried egg and smothered in brown gravy), chicken katsu, and the Hukilau burger.

They also are famous for serving macadamia nut pancakes, but I was more interested in the lunch dishes the day I went.

We ordered a good selection of food, and it was all quickly delivered to our table.

The teriyaki chicken and teriyaki beef were both excellent, gracefully sitting on a pile of hot steamed rice and complemented with a side of creamy macaroni salad. 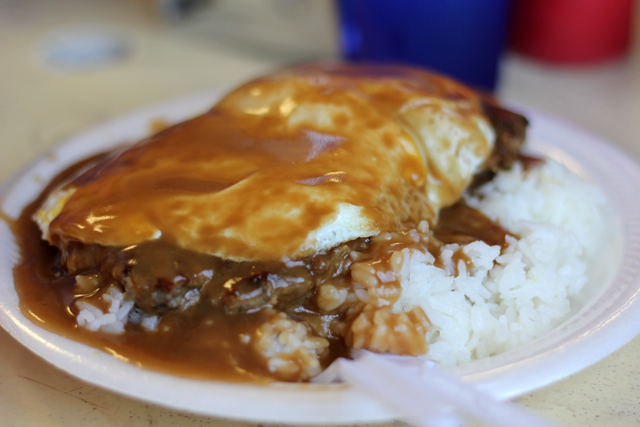 The loco moco, which I learned was eaten by Adam on the tv show Man vs. Food, in my opinion, was not nearly as glorious as the version from Papa Ole's restaurant, but it still wasn't bad.

Hot steamed rice was first piled onto a plate before the meaty grilled beef burger was placed on top.

A fried egg, which was cooked sunny side up with an oozing yoke, was laid on the burger, and finally, the combination was drowned in a generous scoop of thick brown gravy.

>>> Discover more things to do on Oahu at Travelocity. 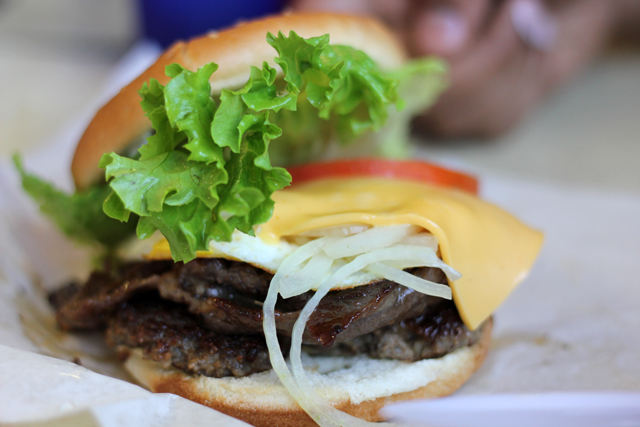 The final dish we ate was the Hukilau Burger, and I must say, it was impressive.

Within the toasted bun were a beef patty, a fried egg, cheese, raw onions, tomatoes, a leaf of lettuce, and the real stunner, a mouthwatering slab of teriyaki beef.

The harmony of the flavors in each bite was a winning combo.

If you have a chance to drive around the island of Oahu, make a pit stop for either breakfast or lunch at the Hukilau Cafe!

If you liked this story, check out Feastio, the new food blog from the founder of Go Backpacking.

Although "Hukilau" is a common term, and the Cafe in the movie "50 First Dates" was called The Hukilau Cafe, the Cafe in this article I s, in no way, the cafe filmed in the movie. The movie cafe scene was filmed on a soundstage with a CGI background to depict the background lagoon.

That's I what I read various time. Is not the cafe in movie.

I've been here 3.5 years and feel like I've been to every restaurant on the island! Thanks for a NEW spot to try! ~Amanda

Loved reading this post; it brought back fond memories of our trips to Oahu. I can't wait to return and try the Hukilau Burger at The Hukilau Cafe. Thanks for sharing, I'm getting hungry now!

I can't believe it. In 2011, we visited Oahu and stayed at a rental vacation house in Laie with a private beach. I remember eating here a couple of times. Loved the food. I had totally forgotten the name of the place! Would definitely need to add that to my Oahu blog post!

I am new to the blog scene. Started a blog just 2 days ago. If you could take the time to visit my blog - yamkantravel.blogspot.com ; and would really appreciate it if you could provide your suggestions, comments or compliments ;)

The Loco Moco looks so delish!