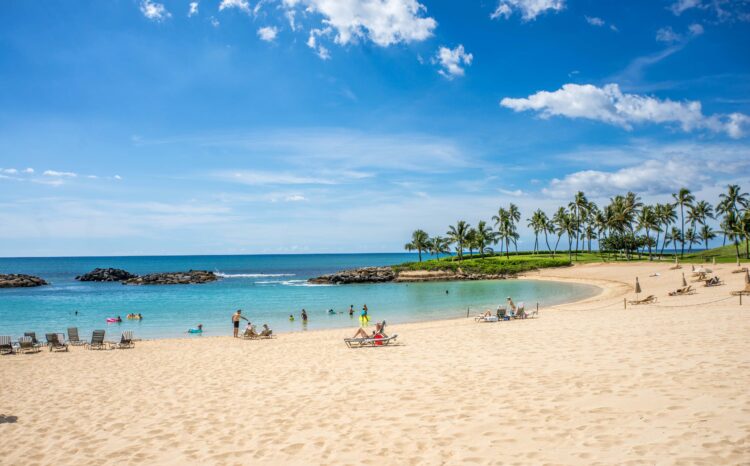 Very rarely do you look at the itinerary of a budget traveler or backpacker and see a tropical, Pacific island listed there.

Why? Well, it probably has something to do with the cost, both of getting to the said island, and then actually staying on it.

If the phrase “paradise” shows up, most likely so will the dollar signs.

But that doesn’t mean a budget traveler cannot afford the tropics.

Even such popular (and pricey) destinations like Hawaii can be done on a budget if you do your homework and plan.

I’ve been preparing for a week-long trip to Oahu and have a solid plan on how to stick to my budget while still experiencing as much of Hawaii as possible.

Here’s what I’ve learned about planning for Hawaii on a budget, and specifically Oahu. 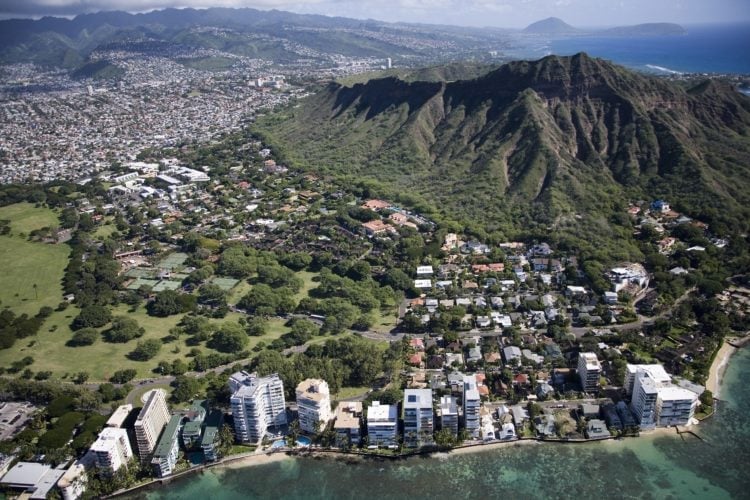 Get a Deal on Airfare

If you’re like me and heading to Hawaii from the East Coast, airfare is going to cost a pretty big chunk of change.

Even flying from the West Coast isn’t cheap. The key here is to start keeping an eye on flights early on a variety of airlines and booking sites.

Using a site like Skyscanner that has a ‘check whole month' feature is helpful because you can see when the cheapest day to travel is.

I kept an eye on Skyscanner for weeks before I booked my flight and eventually picked up a round-trip ticket from Pittsburgh to Honolulu for $650, tax and flight insurance inclusive.

The trade-off was extra layovers, but that’s a compromise I was willing to make.

Use the Skyscanner search box to find the best flight deal; you might be surprised at what you see! 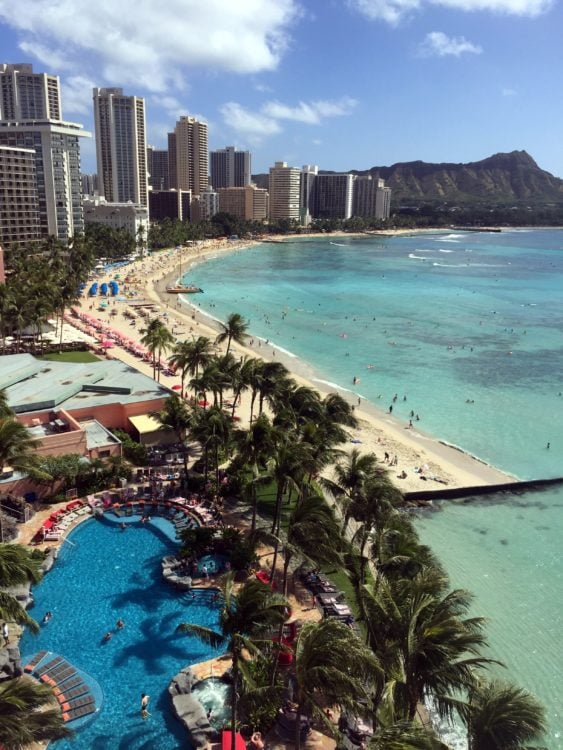 Have a Home Base

While island-hopping in Hawaii probably sounds appealing, it makes much more sense financially to pick one island and stick to it.

Airfares from one island to another aren’t cheap — for example, going just from Oahu to Kona on the Big Island can set you back $150.

Plus, exploring only one island means you can devote more time to it and travel a bit slower.

If you decide to go this one-island-only route, I suggest Oahu, home to the state capital, Honolulu.

Yes, Honolulu is probably the most touristy city in Hawaii. But it is also the largest city in the state, meaning there’s the most opportunity here to find ways to save money.

See also: 9 Ways to Island Hop the South Pacific on a Budget

Oahu — and Honolulu especially — has what I’m told is a pretty reliable transportation system called The Bus. You can go basically anywhere by bus for $2.50 one-way.

Or, if you’re planning to stick around for a few days, purchase a 4-day pass for $25, which gets you unlimited rides on any regular and express buses.

This, I think, is the way to go. It will save you money on rental car fees, gas (which is expensive in Hawaii), and you’ll even do your part to help the environment. 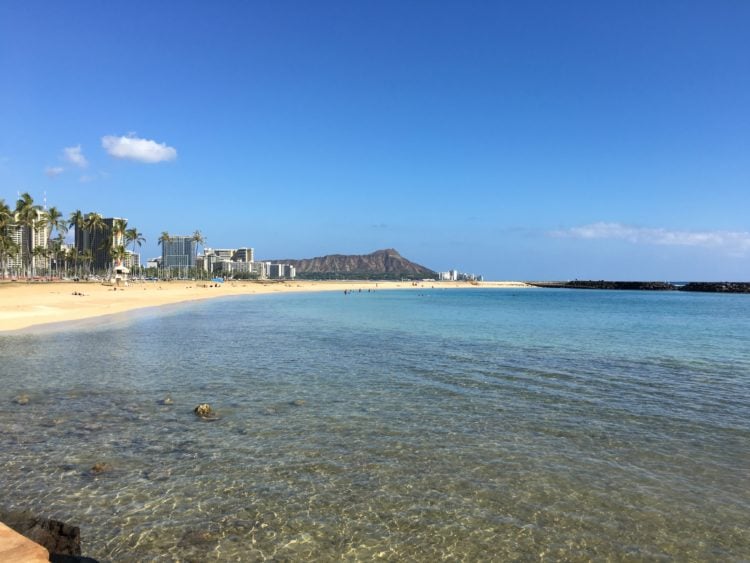 Yes, Oahu DOES have hostels! Many Honolulu hostels are clustered around Waikiki Beach, which means they are close to restaurants and nightlife, as well as transportation and that inviting Pacific water.

As long as you’re willing to sacrifice room service and book a dorm bed, you can get the same views in a hostel for a fraction of the price you’d pay at Waikiki hotels.

Where to Stay in Honolulu – Waikiki

Polynesian Hostel Beach Club – Beds start at $26 in the 6-person dorms; semi-private and private rooms also available, with a studio costing $75. Perks include free wi-fi; free snorkels, masks and beach gear; and surfboard and bike rentals for an extra charge.

We also recommend checking out Hotels Combined, a meta-aggregator that searches all the popular booking sites and compares all the best deals on offer. It's worth a look as any times you can score a sweet hotel deal for what you'd be paying at a hostel, or close to it!

Staying in a hostel will not only save you a lot of money (even the private rooms are less than half what you’d pay at a hotel), but you’ll also have the opportunity to meet travelers from around the world. 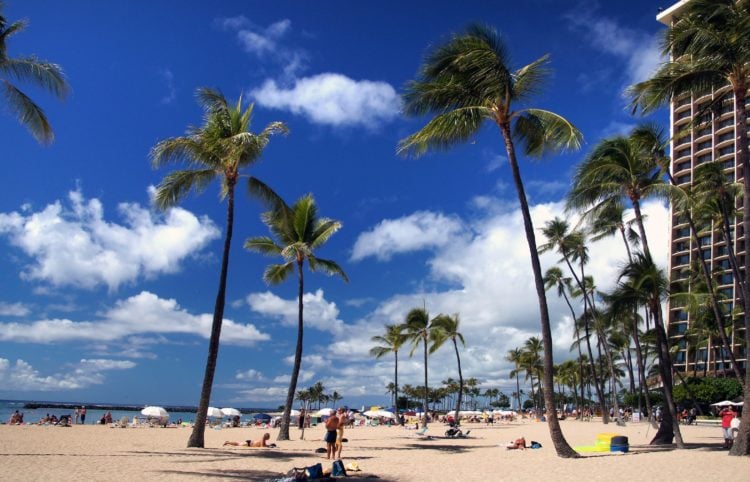 Sitting on the beach, soaking up some sun and people-watching won’t cost you a thing.

Many hostels even provide free beach equipment like beach mats, boogie boards, and snorkeling gear that you can take advantage of.

On the weekend, check out Sunset on the Beach at Waikiki, where a free movie is shown on a giant 30-foot screen, and local bands perform before the sun goes down.

And, if the crowds at Waikiki aren’t to your liking, hop a bus and head off to any one of Oahu’s other beautiful beaches. 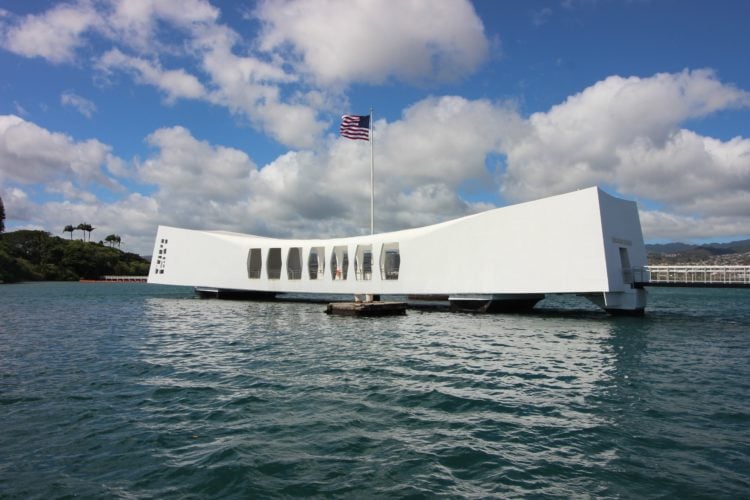 Free and Cheap Things to Do

Sure, you can pay $80 to attend a kitschy luau or take a bus tour around the island. But there are plenty of other things going on all across Oahu that you can do for free, or for little cost. For example, consider the following.

On the first Friday of every month, crowds gather in Chinatown for free art exhibits, entertainment, and restaurant specials.

If you do want to see some hulu or learn some moves yourself, consider checking out the Royal Hawaiian shopping center in downtown Honolulu.

On weekdays, they offer free hula lessons, lei-making classes, and even ukulele lessons. At 6 p.m. every weeknight, there’s a free hula show.

It’s hard for me to imagine visiting Honolulu without making the trip to visit Pearl Harbor, where the Japanese attacked the U.S. on December 7, 1941.

It’s easy to get to by bus, and there’s a lot worth seeing. The USS Arizona Memorial and Museum are free of charge, as are the Bowfin Park Outdoor Exhibits and Submarine Memorial.

Touring the USS Bowfin Submarine costs $10, and visiting the USS Missouri Battleship will set you back $20. You can tack on the Pacific Aviation Museum for another $20.

Don’t bother paying for a guided tour, however. You can go it on your own, or rent audio tours for a few dollars.

If you’re the outdoors type, hiking up this extinct volcanic crater should probably end up on your list.

You can take a bus to Diamond Head, and pay $1 to do the hike. It’s a moderately strenuous hike, but you’ll be rewarded at the top with panoramic views of Honolulu.

Ever wondered what a pineapple plantation looks like? Well, you can visit one in Wahiawa.

Admission to the grounds is free, but one of the main attractions here is the Pineapple Garden Maze. Try your luck in it for $6.

Built in 1882, this palace in downtown Honolulu used to be the official residence of Hawaii’s monarchy. Take a self-led audio tour for $12.

During the winter months, whales are aplenty in Hawaii’s waters.

And, while some operations charge $100+ for a sightseeing/whale watching tour, you can go for as low as $30 on the Star of Honolulu, a 4-story cruise ship, if you book an early-morning excursion.

There are, of course, many other ways to save money in Hawaii.

Eating at local restaurants, cooking meals, ignoring kitschy souvenirs, or finding a friend to stay with can also help you keep expenses down.

But, the moral of the story here is that anyone can afford Hawaii if they plan for it — even the budget travelers of the world.

About the Author: Amanda is a 20-something college grad with a journalism degree under her belt, which she plans to use to rid the world of bad grammar and “there, their, they’re” confusion. After studying abroad in New Zealand, Amanda has decided she’d love to move there one day so she can wear jandals, eat hokey pokey ice cream, and continue pretending she understands the rules of rugby.

When not working or blogging, Amanda can usually be found dreaming of her next travel adventure, wherever that may be. Follow her at A Dangerous Business, on Twitter @DangerousBiz or Facebook. 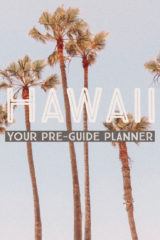 I am going to Honolulu in November for 2 weeks and was thinking to go Island hopping and visit Maui for the day. My plan was to leave early and get a cheap flight to Maui. Can I visit this Island on my own or do I need to pay for a tour. I'm not going to be hiring a car so I'm relying on the bus from the airport into town? Any advice would be great.thanks Sharon

Nice Post about Hawaii. I totally love Hawaii too. If you want to check out my post: Hawaii Kauai

Hi, I was wondering if I could save some money on ecomodation by just sleeping in a tent. Is it common or even possible around there? Thanks for your input

Great advice! I must agree that though it's usually crowded in hostels (and it may not be very comfortable) you get to meet other likeminded travellers, which is a boon of staying there. Plus you save money!! But I think I prefer renting rooms/apartments, because it's private and cheaper than the average hotel. I tried renting through Roomorama.com before and it was a surprisingly good experience (it was my first time, and I kept hearing horror stories about rental apartments....... it really deterred me from trying at the start). But now I am a convert :)