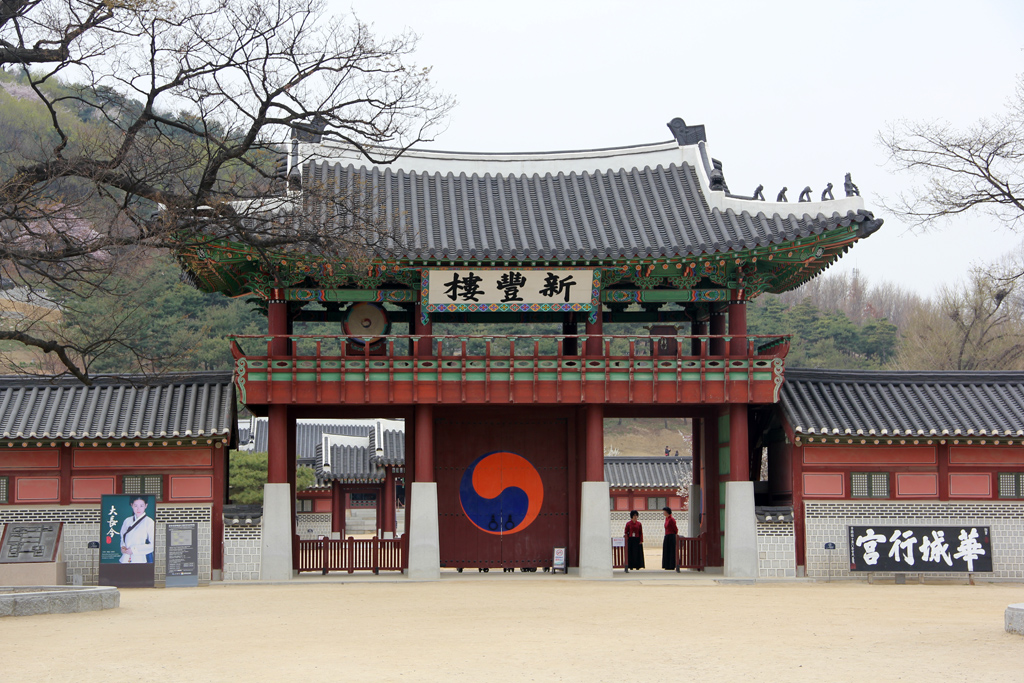 [W]hen I was visiting Seoul, I decided to take a day trip to the city of Suwon to visit the Hwaseong Fortress.

Built in the late 1700's by King Jeongjo, the fortress is now a UNESCO World Heritage site and attracts a stream of tourists, students, and many local residents as well. 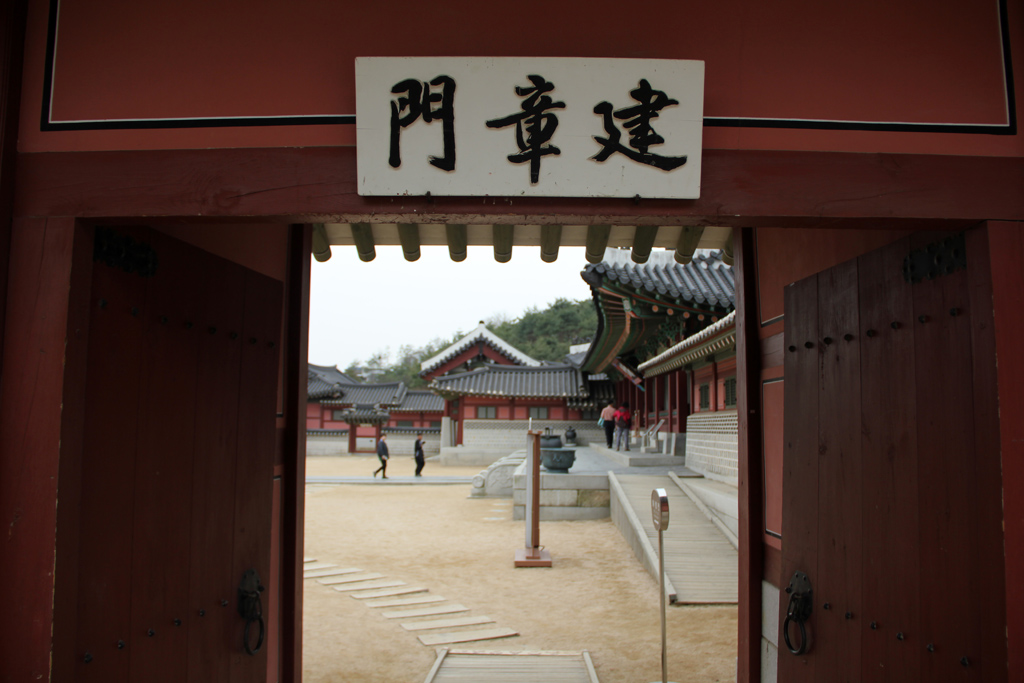 Inside the palace of the Hwaseong Fortress

The palace itself, located on the ground level within the walls of the fortress, is a beautifully preserved complex.

The neatly laid out design showed all the components of the king's living quarters. 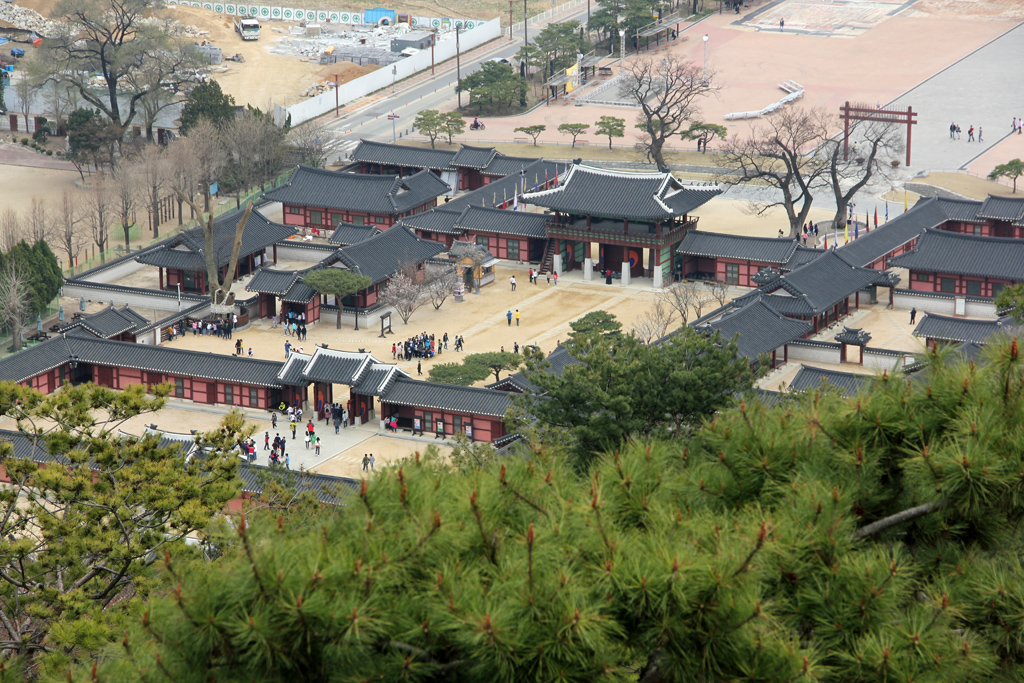 Top view of the palace

Climbing up the hill, I got a nice aerial view of the palace compound. 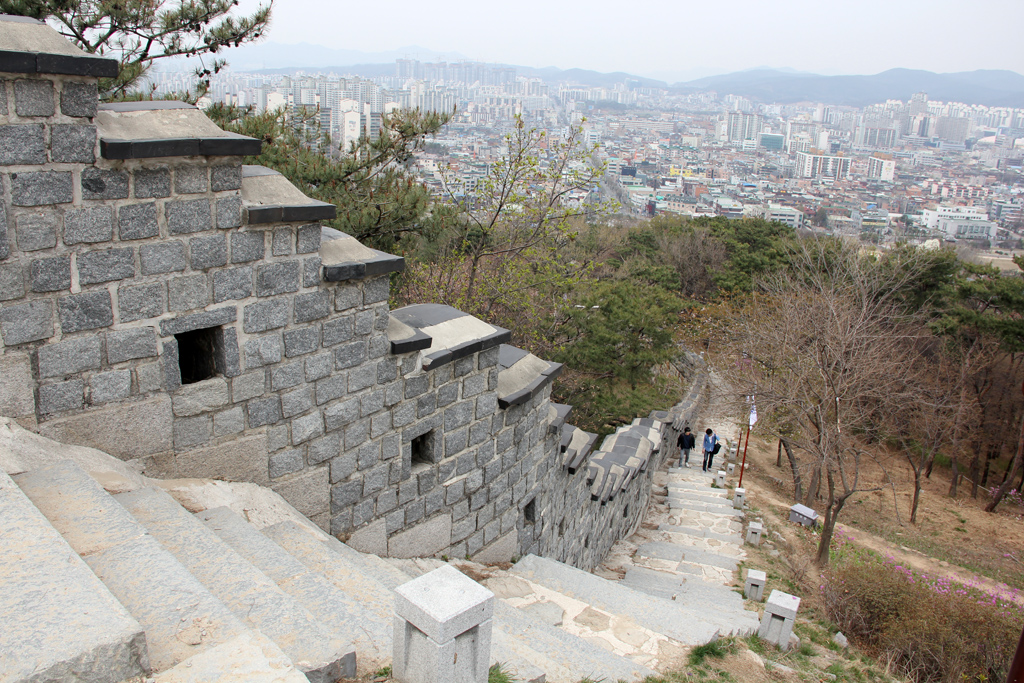 Surrounded by thick fortress walls and a few hills on the side, makes Hwaseong an ideal place to get a little exercise.

The climb to the highest point took me about 15 minutes and I was huffing and puffing the entire way. 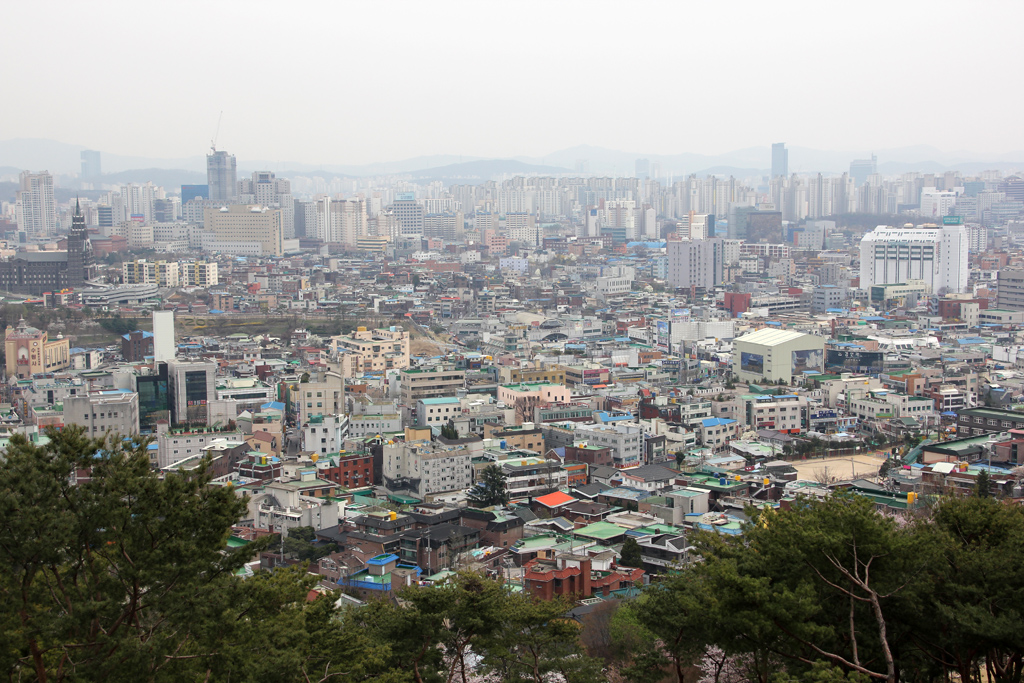 The view of Suwan city from the top of the wall was beautiful, a real contrast between the modern buildings of the city and the ancient stone walls of the fortress. 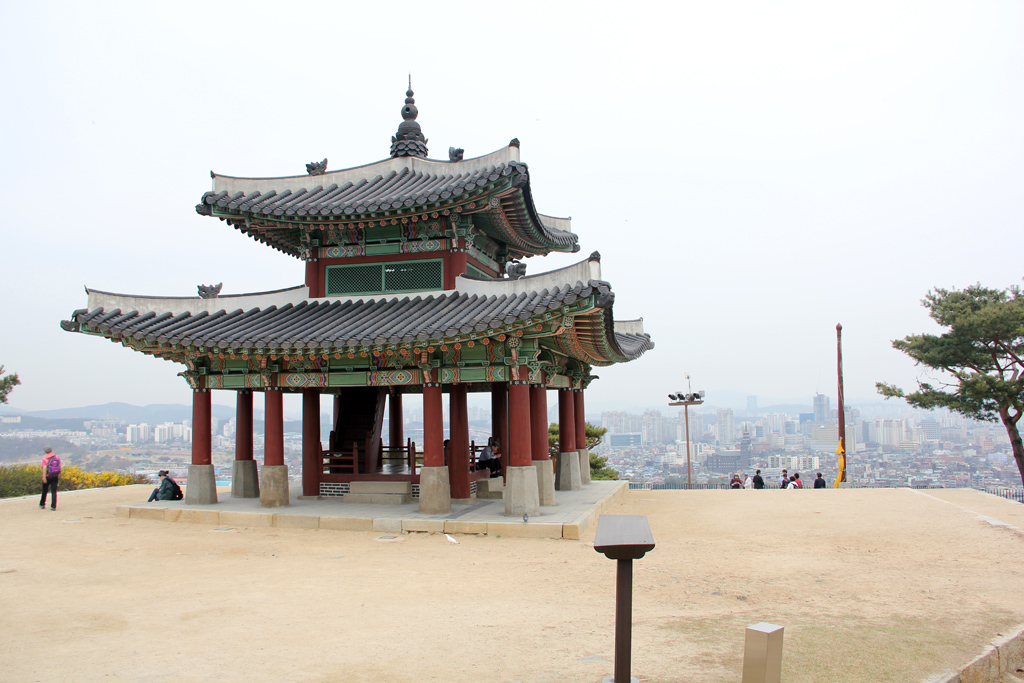 A pagoda at the top of the fortress walls

The pagoda at the top offered the perfect place to take seat, enjoy the breeze, and catch my breath from the hike up. 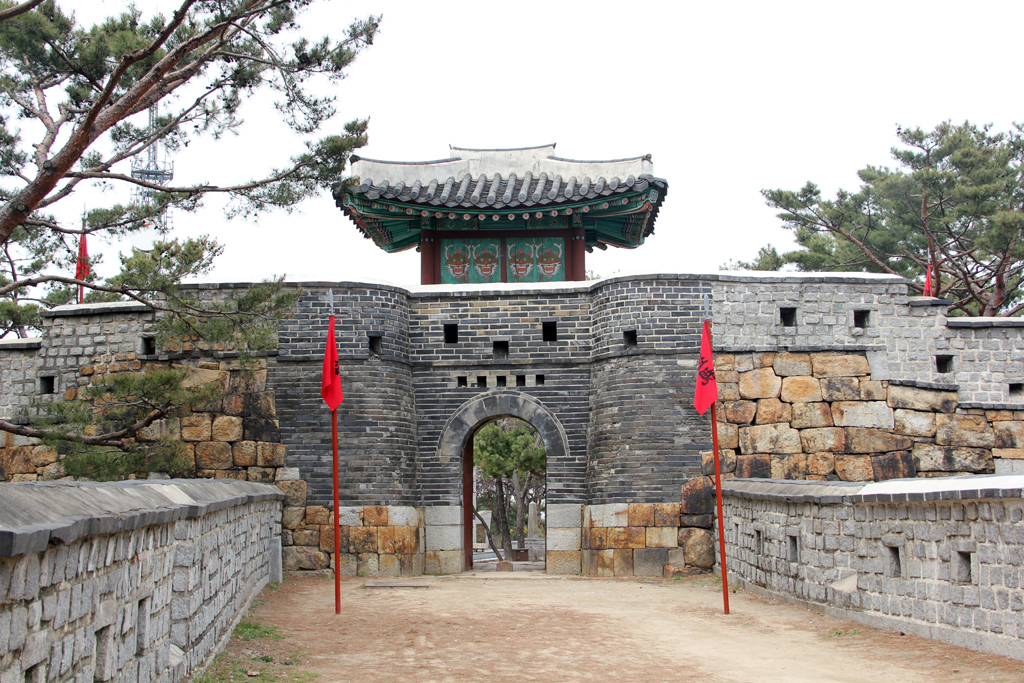 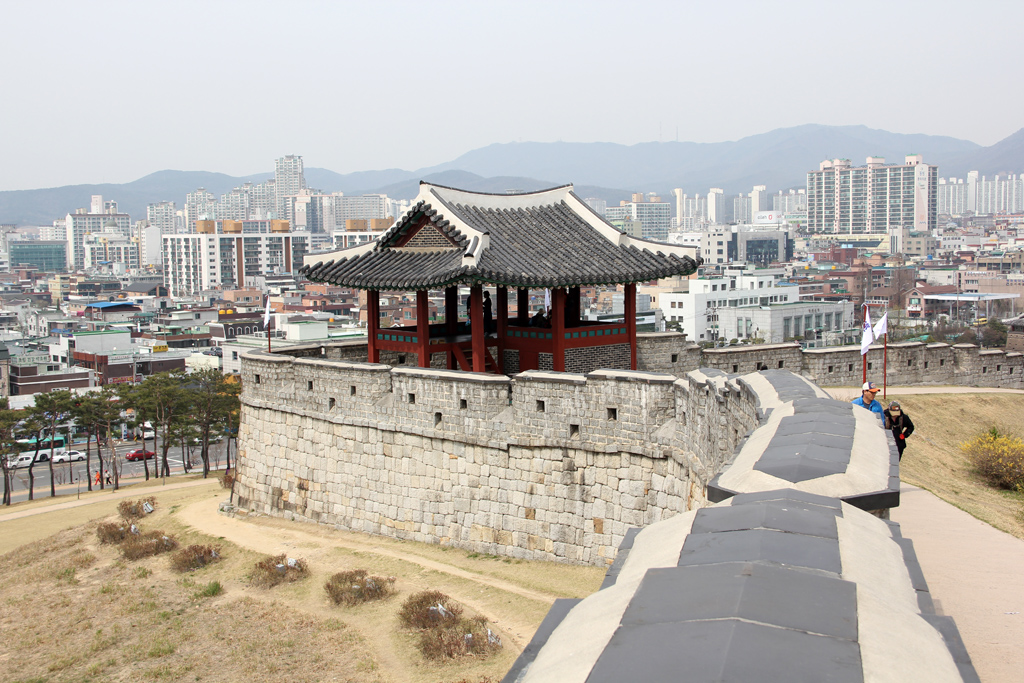 Though set up as a tourist attraction (with an entrance fee, nicely maintained, signs explaining the history of everything, etc.), I was delighted that local Suwon residents still use the fortress a gathering area – a place where old men sat and drank tea and played cards and others walked and jogged for exercise.

Just like an ancient Chinese village, times and technology are rapidly changing, but hopefully the Hwaseong Fortress will remain a place that's preserved, yet still utilized by its residents. 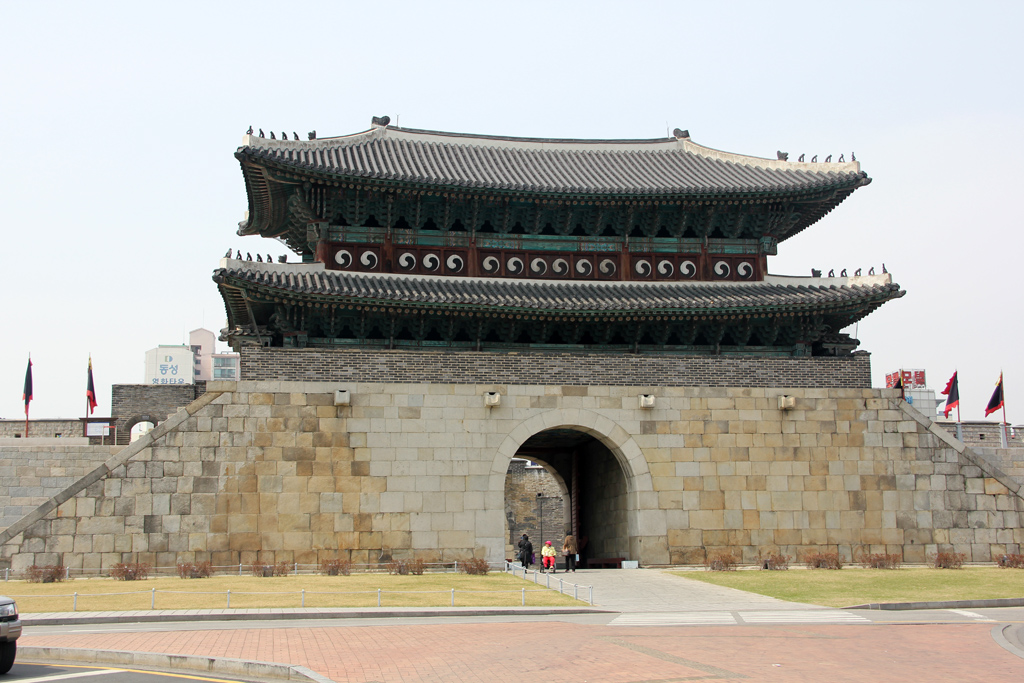 One of the main gates

Now at each of the gates you can walk around, explore, or just sit on a stone bench to relax and enjoy it all. 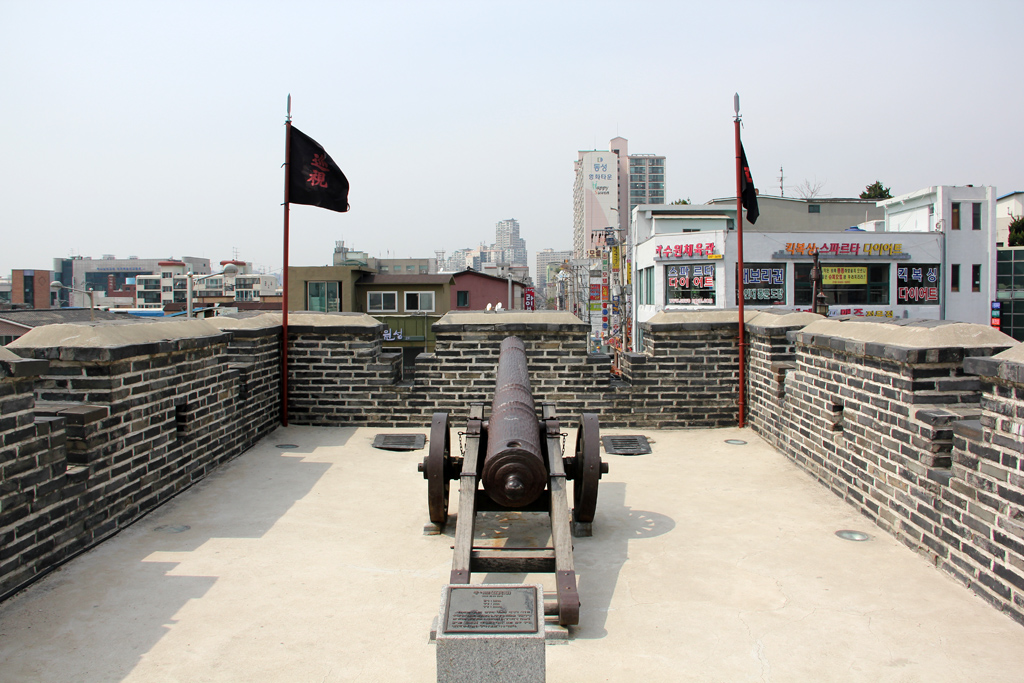 Just outside the cannons and walls is a bustling modern city of electronics, restaurants and businesses, but inside the fortress is a peaceful escape from the thrills of modern South Korea.

Nice post Mark. I really liked. Actually i just heard compliment about Hwaseong Fortress but never visited. It is really impressive place and as Mike said it is must-see in South Korea. I think it reminds historical heritage of South Korea. I will be grateful if you continue this in future. Thanks for nice sharing.

I was here just last week. Though it was a bit rainy, I and my friends did enjoy visiting the Hwaseong Fortress which we used to see on cable channels. We saw that almost all historical arts and crafts still remained until now. Thumbs up!

The Hwaseong Fortress is a must-see in South Korea. I'd like to visit it because I am a fan of Koreanovelas which most of it are shot in the fortress like Jewel in the Palace. My korean friends always recommend this place. Hope one of these days I'll visit the UNESCO place.