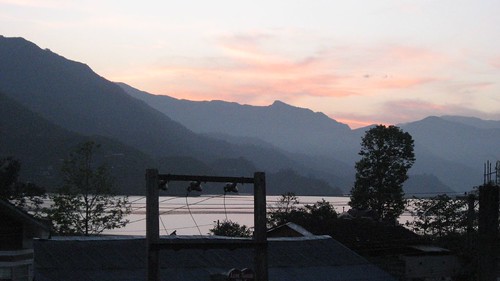 I allowed myself a few days to recover from the trek, despite having felt far more sore the day after a dodgeball tournament then tramping around in the mountains. I gave up my Super Deluxe room at the Snowland Hotel ($25/night, complete with balcony overlooking the lake), for a more affordable room with bath at the Yeti Guest House ($6/night). 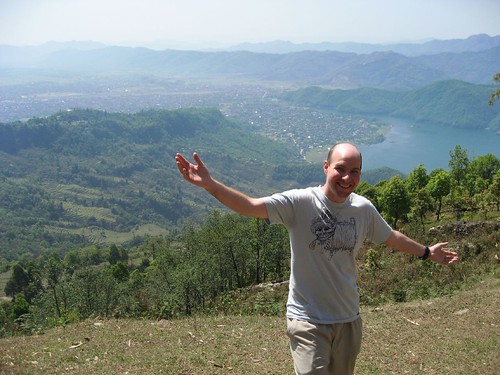 Pokhara, Nepal is a mecca for paragliders and I'd noticed them on a daily basis since arriving. It cost $95 USD for a 30-minute flight over the valley. I signed up for a morning group, though by the time we had taken the 30-minute jeep ride up Sarangkot mountain, clouds had descended over most of the peaks behind us. Instead, we had breathtaking views of the green valley, Lake Phewa, and the city. 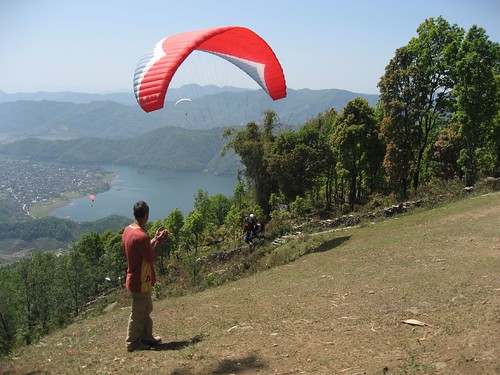 After reaching the pinnacle of physical fright in my life with the canyon swing in Queenstown, paragliding seemed like a walk in the park. All the pilots were of different nationalities. I was paired with a French guy. We made a little small talk, as did all the pairs, however we were soon just sitting around watching everyone take off before us. Last to launch, I received the bare minimum of instructions, and was soon running down the edge of the mountain until we took flight. 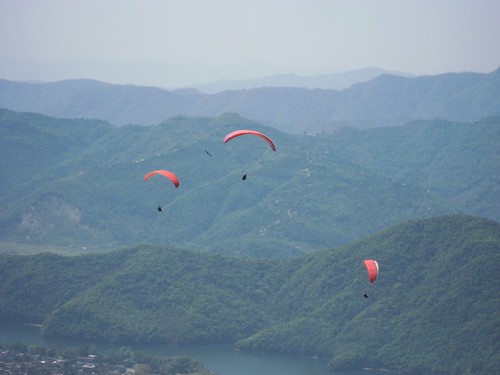 Himalayan eagles soared around us as we caught the thermals up and made swooping turns to the left and right going down. It took a few minutes to feel comfortable in the seated position, with nothing below you but the terraced farmland. At least with skydiving you know you're going straight down. Paragliding is all about staying aloft. I can't imagine a sensation closer to flying then being up there with the birds. It was fantastic. 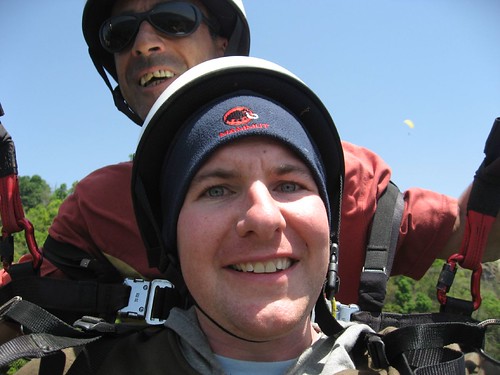 Everyone is encouraged to take photos, so when I managed to get my camera out and start taking some, I lost track of shifting my weight with the pilot to help with the turns. He made a sarcastic remark about me not helping him out much so I apologized (given my life was in his hands) and put the camera away. 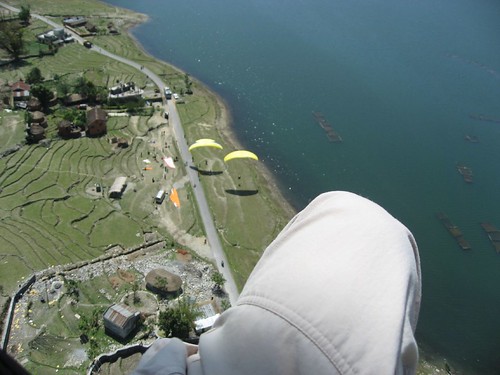 As we prepared to land I received the simple instructions for what to do – stand up and start running. And it was as easy as it sounds. 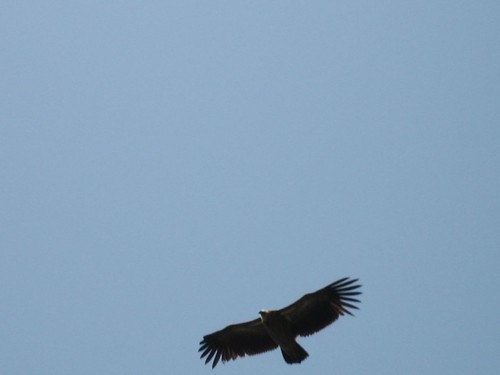