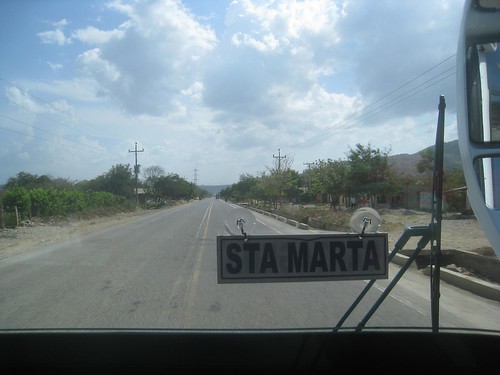 Monday morning, I made the impromptu decision to leave Carnaval in Barranquilla for Cartagena. Since my plan was to return to Medellin in a few days, I didn´t know if I would make it back to the coast. I said goodbye to the Irish guys/gals who were heading for the same city later in the day, and took the two hour bus west along the coast with the Dutch, French, and Peruvian contingent. 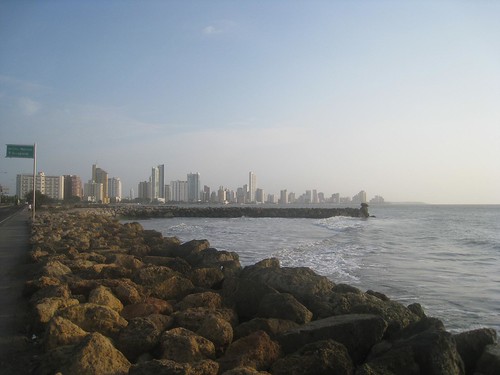 Upon arrival, we checked into a hostel and walked the short distance to the Caribbean waters as the sun was slowly starting to set. We got our first views of the developed beachfront which is somewhat reminiscent of Miami. 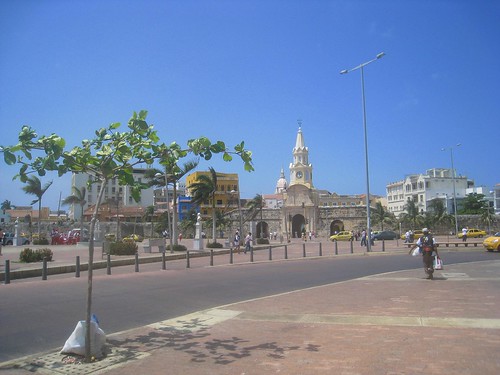 Then, we headed into the historic, beautiful, and romantic old city center which is enclosed within a wall. Tourists were everywhere, which reminded me of why I appreciated Medellin. On average, the shops and restaurants were notably more expensive than what I had encountered in Bogota and Medellin too. 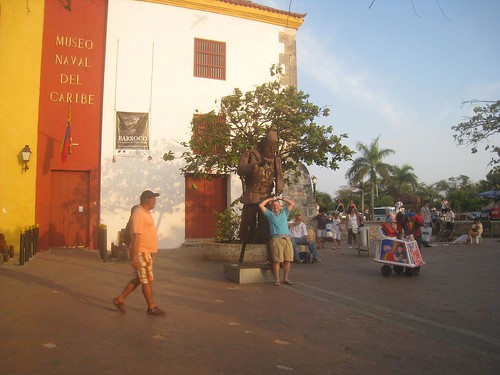 We eventually came upon a pizza and pasta restaurant where we sat down for dinner. Fans circulated the air overhead. Cartagena was living up to it´s billing, and it was clear why so many tourists visit. I should probably note that Cartagena is a big city, and while the walled part of the city where all the tourists visit is safe, the rest of the city suffers from poverty and crime to a much greater degree. This reality is not lost on me, but at the same time, like all tourists, I´m there to enjoy the nice part of town. 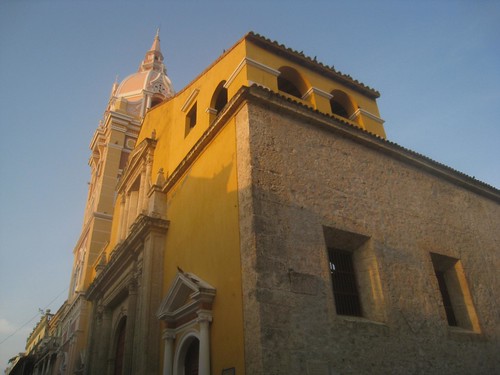 After dinner, with everyone tired from the weekend, we picked up some rum and Coca-Cola and enjoyed a few drinks back at the hotel.