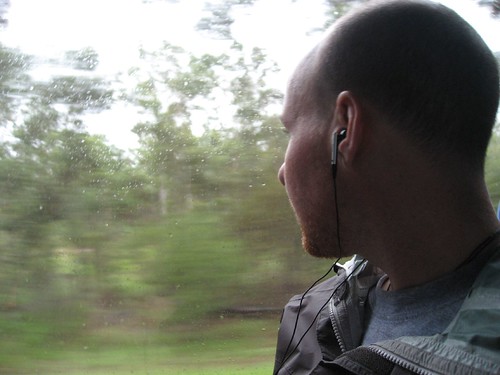 Despite being driven around, I still found the Fraser Island tour to be tiring. I managed to get myself checked out of the hostel on time (10am), and then killed off a few hours eating my way around Hervey Bay as I awaited my bus to Agnes Water and Town of 1770. They're two small beach communities next to each other.

Upon arrival, I found my hostel, Cool Bananas, to be the kind of place I'd want to stay longer if I had the time. Dinners were available each night for $4.50, and there was a big common area with free DVD movies. My first night I caught “Bra Boys” which is about a group of Australian surfers (who were portrayed by the public as a gang at times). It certainly put me in the mood for my surf lesson the next day (thanks to all who voted for me to give it a try). Agnes Water is the furthest north surf point on Australia's (Queensland's) east coast. I'm guessing that's why it's also the location of the cheapest surf lessons (about $13 USD). 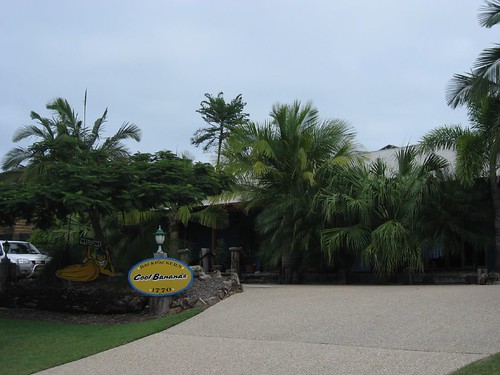 There were 9 of us for the group surf lesson, which was apparently very few. Normally they get 20-30 people at a time. The waves were larger than normal. Heck, they were far bigger than I was anticipating, yet the instructor sent us on our way just the same. Because the waves were crashing close to shore at high tide, he sent us farther out to a middle area.

Frankly, I think we all took a beating trying to get past the waves breaking closest to shore. They were probably 3-6 feet high. The ocean sucked the life out of me, and the lesson was from 11am-2pm, so it was bloody hot to boot. Toward the end, the tide went out, and waves broke farther off shore, so we all got a chance to surf the whitewater (the little waves after the big waves break). I got up a few times, though I did better in Costa Rica a few years ago. I was soooo beat by the end of the lesson, I did little the rest of the day except watch more movies (I recommend “School for Scoundrels”). I then grabbed a night bus to Airlie Beach for my sail amongst the Whitsunday Islands! 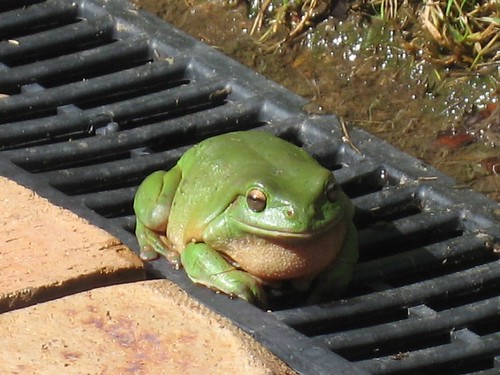