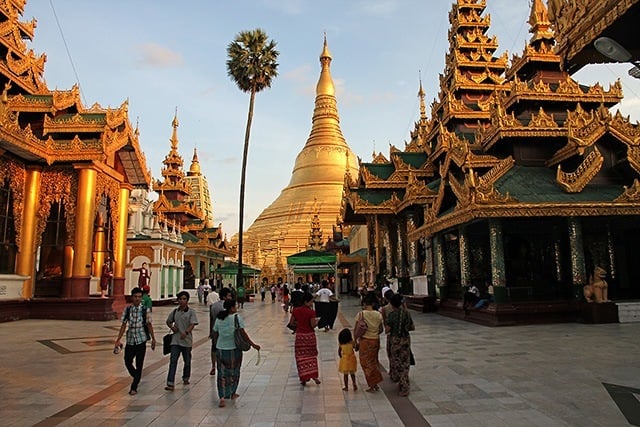 In Yangon be sure to visit the Shwedagon Pagoda around sunset

Myanmar (also known as Burma) is a beautiful country that many have described as the unspoiled treasure of Southeast Asia.

It's also undergoing many changes at the moment, and as a result, you may find a lot of conflicting or outdated information about traveling there.

Traveling in Myanmar is not as challenging as it was just a few years ago. It may not be as easy quite as backpacker-friendly as a country like Thailand or Vietnam, but the slightly more adventurous traveler should be just fine there.

That said, there are a few things you should still be aware of.

Here's the current low-down on what you should and shouldn't worry about when heading to Myanmar.

Myanmar used to be ruled by a military dictatorship and so traveling there used to be controversial, as tourist dollars could be indirectly supporting an oppressive regime.

Recent reforms have led to a democratically elected government (though the military still controls 25 percent of the votes), many political prisoners being freed and generally increased freedom of speech.

Not everything is completely peachy, but the situation has improved such that ethical concerns are no longer as relevant as they were.

Old guidebooks still provide tips on how to travel in Myanmar without paying government-owned hotels or otherwise directing money to the regime, but you don't have to worry about this now.

There are still ethnic conflicts in Myanmar, however, and as such, some of the outer-lying regions (especially in the north) require a special permit to visit.

These are very hard to get and so effectively these regions are banned for tourists.

The central areas are fine, however, and this is honestly where you are most likely to want to spend your time anyway.

DO worry: about visas

You may be used to getting visa-on-arrivals in many countries in Southeast Asia, but to visit Myanmar you need to have your visa pre-arranged. The maximum stay in Myanmar is generally 30 days.

The Burmese embassies in Bangkok, Singapore, and Kuala Lumpur are good places to get your visa if you are on a larger backpacking trip.

You will need some proof of departure, e.g. you need to have your inbound and outbound flight already booked.

You may find some mentions of a visa-on-arrival option online but do not be fooled as currently, this is for business travelers only.

The overland border situation is quite changeable at the moment: check for latest updates on whether you can get into Burma overland. Flying is the easiest option and AirAsia has routes to Myanmar. 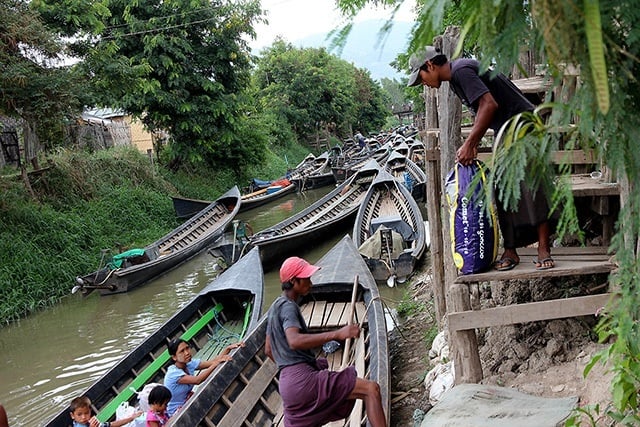 DON'T worry: about lack of ATMs

There used to be no working ATMs in Myanmar, requiring travelers to bring big stacks of US dollars in cash.

As of mid-2013 Myanmar does have ATMs accepting most international cards. Visa and MasterCard credit cards are also increasingly accepted.

That said, there aren't a lot of ATMs yet. So be such to stock up on Kyat (the local currency) whenever there are ATMs available.

You should be OK in the commercial capital of Yangon, in Mandalay, and in Nyaung Shwhe (near Inle Lake).

At the time of writing, there is only one ATM in Bagan, though given that this is the country's main tourist attraction more will probably pop up there soon.

It is still useful to bring some US dollars and you will find them accepted at hotels everywhere. Their prices are also still often listed in USD.

But with the introduction of some ATMs, you don't have to rely on USD cash entirely anymore.

WiFi may not be exactly widespread in Myanmar, and the internet may often be very slow, but you can still find internet access pretty easily.

There are internet cafés everywhere, and a few restaurants and hotels provide free internet access.

DO worry: about finding accommodation

Because Myanmar is rapidly opening up to the world it is experiencing an influx of tourism. This means that in high season there is a shortage of accommodation.

In Burma, there are not yet any hostels as we know them.

Your main option as a budget traveler is low-cost (often previously government-owned) hotels and guesthouses.

Few, if any, hotels can be found on booking sites, but some can be booked directly via e-mail. In high season it's a good idea to book your first place of accommodation online.

Then ask reception to call ahead and book your next hotel.

Outside of high season (especially April – June), it's a lot easier to wing it without pre-booking.

It can be incredibly hot in the central plains around this time, however (e.g. in places like Mandalay and Bagan) so you may want to wake up early and have a siesta in the afternoon.

Are you currently researching a Myanmar backpacking trip?

For some ideas on what to see and do you can also check out my Myanmar backpacking guide at IndieTraveller.

About the Author: Marek Bron blogs at IndieTraveller, focusing on low-cost travel in Asia and Latin America. Want to travel the world without worries? Check out his in-depth Backpacking Preparation Guidebook.

Yeah! I also have one backpacking trip in Myanmar and visit all places in post. That's a unforgettable memories! I love the life, scenery, air and everything here includes the river, mountain, locals...I had write a post of trip quite clearly about this lands!

Great article. It really helped me plan my trip. The visa situation is a very easy now, plus they held democratic elections for the first time in 2015 which eases any ethical concerns. Pete

I guess I'd add that there's no need to worry about bringing a bunch of pristine USD (as of 2015). My wife and I have been here for about a month and haven't used USD once.

And Don`t worry about "Traveling Costs": They are much lower than the usual guide books proclaim! I spent 22.40 US Dollars per day, only!

We're planning to backpacking to Myanmar in November 2014. Do you have any suggestion where to stay in Yangon, Bagan and Inle area?

Chan myaye guesthouse - Yangon - clean cheap and adorable staff! A1 guesthouse - Bagan - seriously good aircon which you need there!! Aquarius - inle lake - lovely rooms affordable and a popular place so maybe worth booking ahead! If you want to trek in from Kalaw to inle I would highly recommend this guide - one of only a few registered guides, unlike the many self taught local kids there, he was the best guide I've had throughout Asia and I'm a trekking guide myself! Ko Min - (095) 0936090073 [email protected]

Let me know if you need anymore info - I was there in June/July although it's changing at rapid speed!!