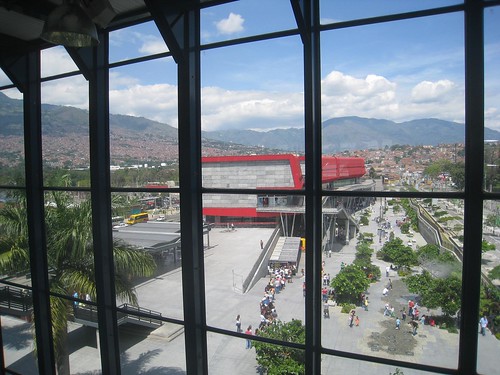 View of the city from the Universidad metro platform

The next morning, I had coffee and a cheese pastry at one of the cafes just below the hostel. I bought a map and was asking reception about sightseeing suggestions when Andres, a very tall Argentinian from Buenos Aires, on break from his medical residency, asked me where I was going for the day.

Since I was in a new town, I decided the companionship of this imposing man was a good thing, and we started talking on the 15-minute walk downhill to the Poblado metro station. The view across the valley was beautiful, and in stark contrast to the dreary Bogota weather, the strong sun was beaming down on us. 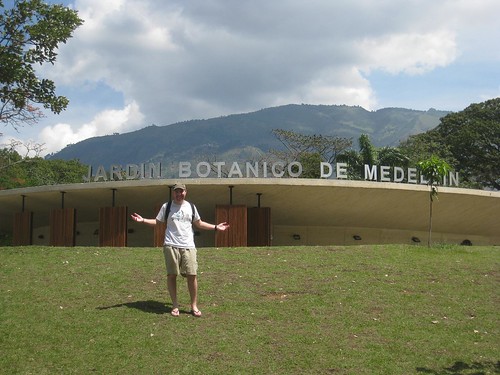 The Medellin Metro (and the only one in Colombia) is fast, clean, and cheap (about 70 cents per trip). It runs above ground, giving commuters constant views of the beautiful surroundings. There were security people at each stop, and on many of the cars. It felt safe. 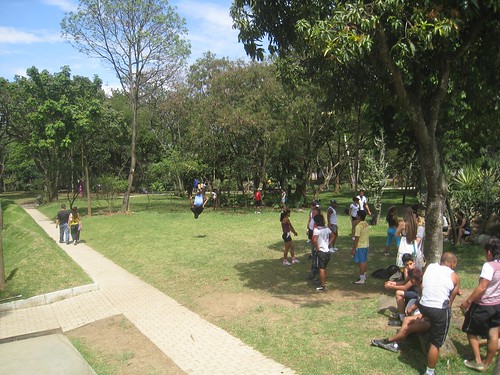 Kids practicing their gymnastics in the park

We got off at the Universidad metro stop and headed for the Botanical Gardens first, as the line for the aquarium was long. At the time, we didn't know it was just opened about two months earlier, and was thus a popular draw for the locals, especially on a Sunday afternoon.

The Botanical Gardens were not as huge as some of the others I've visited in cities like Christchurch, New Zealand, however it was still a nice place to escape the traffic. We ran across kids practicing their gymnastics moves for cheerleading, and some type of Gandhi-Buddhist inspired peace gathering. 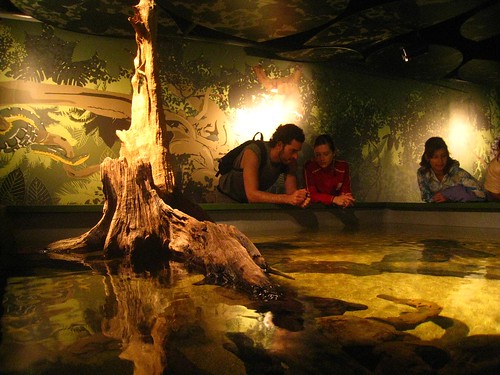 After lunch in the park, we stood in the 30-minute queue to access the city´s new pride and joy, what is considered to be one of the best aquariums in Latin America. By western standards, it was quite small, and my desire to seek sharks at some point was never met. I think I even missed which tanks held the Amazonian piranhas. 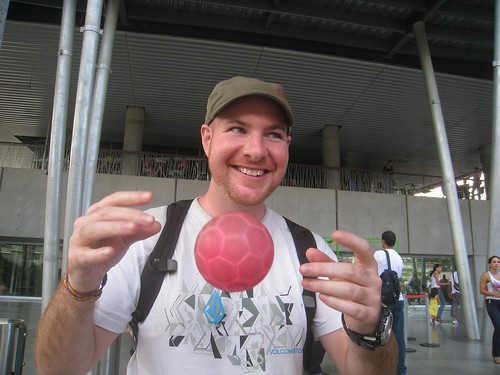 Playing around in the Parque Explora

After exiting the aquarium, Andre was eager to play around in the Parque Explora, a giant adjacent plaza of interactive experiences tied to theories behind science and technology. While the descriptions of each activity were in Spanish, most of them reminded me of physics experiments from high school. Andre´s excitement was infectious, and I soon found myself having just as much fun as the future Argentinian orthopedist!