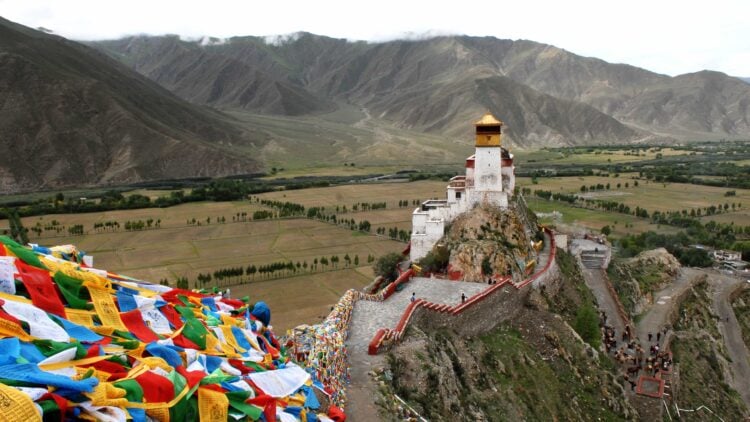 A few weeks ago, I was merrily collecting entry and Visa requirements for the first few countries I intend to visit.

All was going well until I reached Nepal.

Getting into Nepal will be simple, as Americans can get a 60-day visa upon arrival, however it didn't take long for me to find out that accessing Tibet from the Nepalese side (vs the Chinese side) as an independent traveler may be extremely difficult.

Visiting Tibet is very important to me. After reading the Dalai Lama's autobiography a few years ago, I started to feel a great sense of sympathy and compassion for the Tibetan people and their culture.

It upsets me to hear, read, and learn about the human rights abuses which are occurring, the need for Tibetans to flee their land over the dangerous Himalaya (into India), and the increasing influence China continues to exert in the region.

The fact that a Tibetan's mention of the Dalai Lama by name can have him/her thrown in jail is appalling.

During my research, I came across a wealth of information about traveling in Tibet from an Australian.

Tony Williams of Victoria, Australia, has built quite the resource for independent travel to Tibet.

Front and center is a recent warning in big red lettering:

Following some disturbances in April 2007, in May 2007 the “rules” for travel to Lhasa and the T.A.R. effectively changed, particularly as they affect independent travel. The situation is volatile and uncertain.

Essentially, “rules” that have been overlooked and effectively in abeyance for years have been enforced again, so that travelers on fully organized tours are the only ones officially allowed to enter the T.A.R.

As I began reading through the information Tony had collected, it became clear that I was quickly moving out of my comfort zone, and into the reality of a Communist country's paranoia.

A Chinese Visa is required for entry into Tibet.

The fact that the first rule he lists when applying for a Visa is to not mention your travel plans to Tibet (as you will be denied) seems to illustrate the challenges I'll face.

It also seems apparent that a separate Tibet Tourism Bureau Permit is required.

Life can be simplified when entering Tibet from Nepal if you are part of a tour group (which takes care of a group Visa and TTB permit on your behalf).

I am not opposed to joining a tour group if it will allow me to travel relatively hassle-free from Nepal to Tibet, however, Tony's information seems to relay that trouble and fees can ensue for travelers who want to continue on to China (vs returning to Nepal) after the tour.

The Tibet forum on The Lonely Planet message board will probably be my best source of up-to-date information.

Just yesterday, a traveler posted my exact concern about changing from a group to individual Visa once in Tibet.

The advice was to *not* get an individual Visa for China from home as it will be canceled at the Tibetan border (because you'll have a group Visa too).

In addition, the responses indicated that converting your Visa is not an easy task.

Before I spin myself and my readers in any more circles, I want to reaffirm that I will figure this all out, and I will visit Nepal AND Tibet, in less than nine months. I hope you'll join me for this wild and crazy ride!