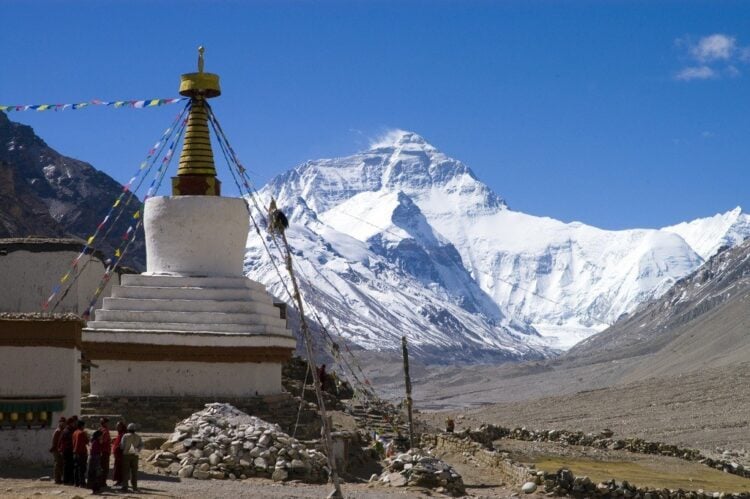 Tibet is the second largest region in China, covering an astounding 474,288 square miles. Characterized by its awe-inspiring alpine scenery, the Chinese autonomous region is affectionately known as the “Roof of the World” due to its average altitude, soaring over 13,123 feet (4,000 meters).

It is the exotic Tibetan Buddhist culture and its mysterious aura, however, that lure most tourists to book a Tibet tour every year.

It is easy for many of them to be intimidated by its grand size and dozens of cultural and natural attractions it has to offer, though. For these reasons, tour operator Tibet Vista suggests that first-time visitors spend a minimum of 8 days exploring the region–making the Lhasa to Everest Base Camp Route the best option.

Lhasa to Everest Base Camp Route

Classic Travel Route from Lhasa to Everest Base Camp

Lhasa, the capital city and spiritual heart of Tibet, towers 12,000 feet over the Kyichu River. With a history of 1,300 years, it is full of prestigious monasteries, palaces, and temples. These sites make Lhasa an important Tibetan Buddhism pilgrimage destination, where tourists can take a deeper look at the region's customs and traditions.

Must-see attractions and things to do in Lhasa include:

Have more than eight days? Make it to heavenly Namtso Lake. Not only is it the largest saline lake in Tibet, but its sublime view will blow your mind. 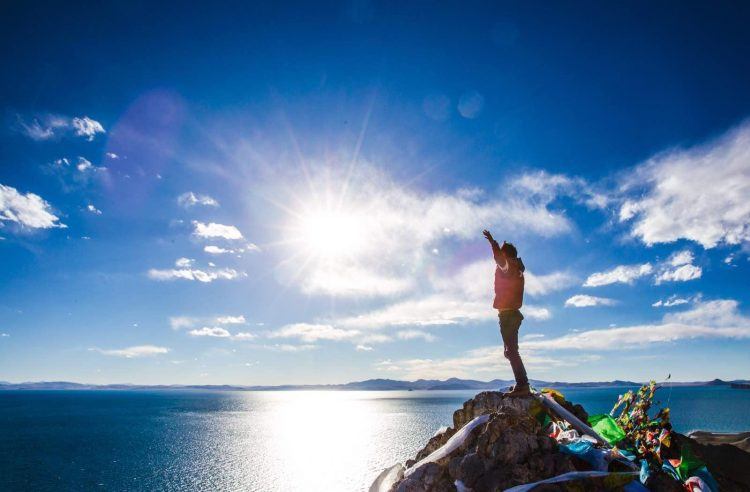 Onward to Gyantse and Shigatse City

After finishing the main tour in Lhasa, keep moving southwest to Shigatse. The prefecture is not only the second largest city in Tibet but also home to the world’s highest summit, Mt. Everest.

This road trip is incredibly scenic, passing by the turquoise Yamdrok Lake (one of top three sacred lakes in Tibet) and imposing Korola Glacier.

You will first go through Gyantse City, where it is worth visiting the Pelcho Monastery, the multi-story Kumbum Stupa, and Gyantse Fortress.

The journey continues toward Shigatse City, where the revered Tashilhunpo Monastery is a major attraction. Not only is it the residence of successive Panchen Lama, but also the center of Kora and religious events in the city.

Better yet? It will soon house the world's largest Buddha.

Continuing the journey southwest from Shigatse City will take you to Mt. Everest National Nature Reserve. There, admire the world's top five highest mountains along the majestic Himalayan Range at Gawu La Pass.

Make sure you do a stopover at Rongbuk Monastery, though, as it happens to be the world’s highest monastery and prototype of the Hollywood blockbuster movie “2012.”

Go eight kilometers further and you will finally make it to the Everest Base Camp. At 17,060 feet, it affords impressive views of entire Northeast ridge and summit of Mt. Everest. 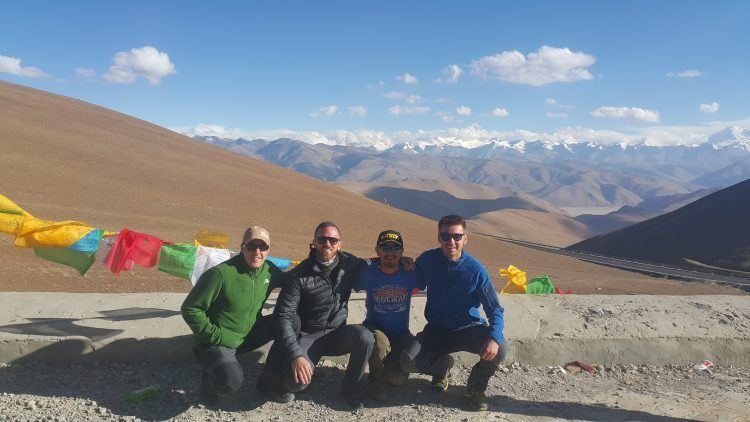 The Lhasa Valley enjoys quite pleasant weather year-round so that you may book a Tibet-only tour anytime.

Do keep in mind though that Tibet's travel season heats up between July to August and during the traditional Spring Festival, so demand for train tickets will far outpace the supply. If you visit during those dates, plan accordingly by pre-booking your flight from Beijing to Xining and Xining-Lhasa train ticket.

The best time to fully experience the Lhasa to Everest Base Camp journey though is from April to May and September to November.

During those months, top visibility increases the chances you will see the natural phenomenon known as “Flag Clouds” over the summit of Mt. Everest. Additionally, you are more likely to witness the magical “Golden Sunset” at the peak of the sacred mountain.

Moreover, you will avoid Everest Base Camp's rainy season (mid-June to August). 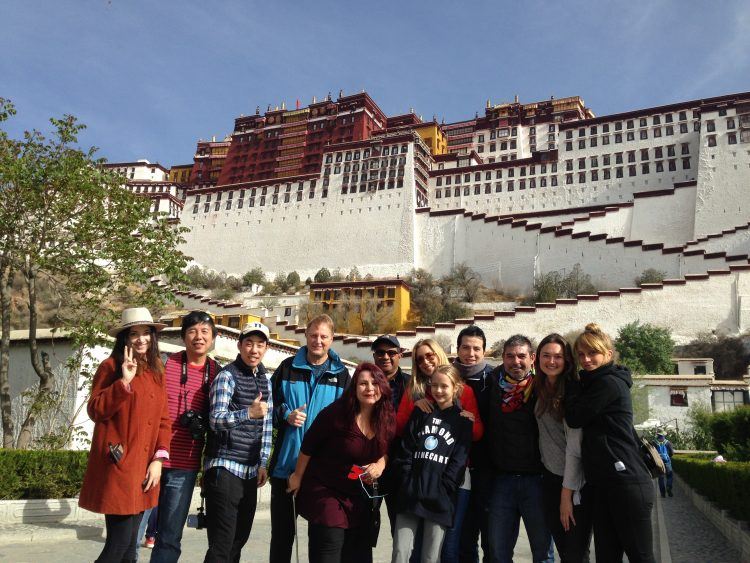 Potala Palace in Lhasa, one of the top Tibet attractions

How to Get to Tibet

International tourists need first to fly to mainland China, then later take a domestic flight or the Qinghai-Railway to Lhasa to enter Tibet.

Given the high altitude of Tibet's capital, though, it is highly recommended you take the train in and fly out. This is the best way to slowly acclimatize and avoid the possibility of experiencing altitude sickness.

It is also possible to book an overland tour from Nepal to Lhasa. However, the Sino-Nepal border was closed due to a landslide at the time of writing. For this reason, such overland tours are not currently available.

Please note: the only international flights connecting Tibet with the outside world are run by Air China and Sichuan Airline, from Kathmandu (Nepal) to Lhasa. If you as a foreigner enter Tibet from Nepal, however, it can get complicated. See visa requirements on the section below for details. 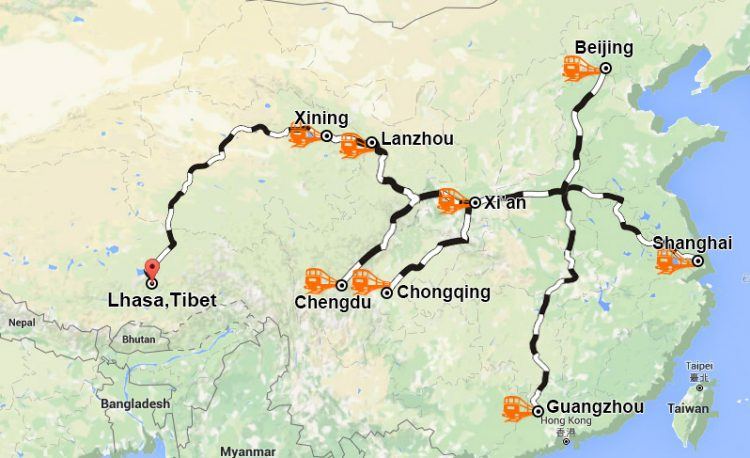 Don't try to get a Chinese visa from any other country if you enter Tibet from Nepal, as it will not be valid for entry.

In this case, you need a Chinese Group Visa, which can only be issued by the Chinese Embassy in Kathmandu. This means not only that your Tibet trip is not guaranteed, but that you will be waiting around during your holiday.

If you enter Tibet from mainland China, however, the only two documents you need to visit Tibet are a Tibet Visa (also known as a Tibet Travel Permit) and an Alien’s Travel Permit. The former allows you to travel to Tibet, while the latter guarantees your Everest Base Camp tour.

As a well-established Tibet tour operator, Tibet Vista (www.tibettravel.org) can help tourists to not only customize their itineraries but also get these two documents free of charge. Don't hesitate to contact them for a complimentary consultation.

This article was brought to you in partnership with Tibet Vista.

Wow, it's amazing to travel Tibet. I think I'll go to it one day.