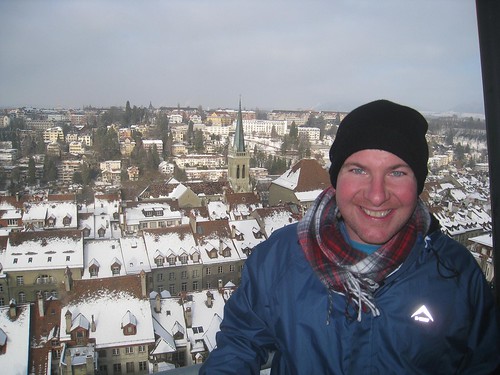 I used my second full day in Bern to check out the Einstein Museum in the southern part of town. Along the way, I climbed up the cathedral spire as Stefan suggested for a great view of the city. The snow, which he said was unusual for the region, turned the environment into my image of a winter wonderland. If there weren't so many clouds, I would've been able to see the Alps. 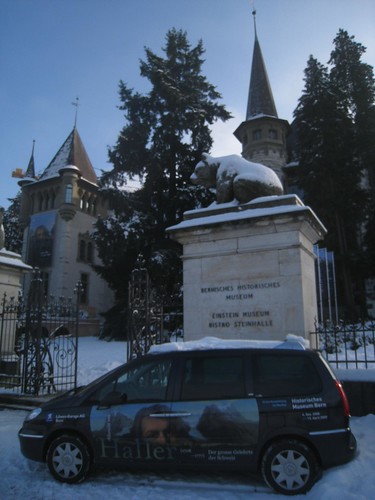 The Einstein Museum was developed from what was to be a temporary exhibit. It was a relaxing and peaceful way to spend an hour, though I don't know that I learned anything new about the man. And I certainly didn't develop a better grasp of his groundbreaking theories, despite the animated video lessons. 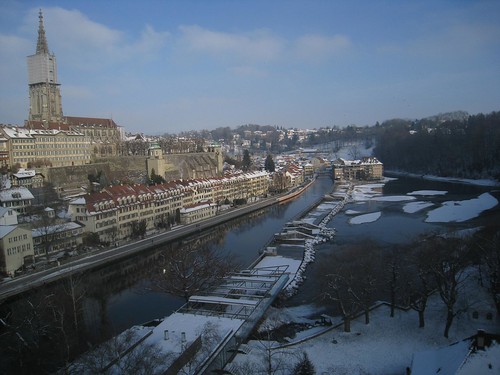 I returned to Stefan's apartment, though he was still hanging around with a friend at an indoor climbing wall. When they got back, we had a bite to eat, and I was invited out for a drink. Neither of them were particularly keen to go to work Monday morning. I was feeling tired so I initially declined. Mike, Stefan's friend, then offered to buy me a drink and I did not protest his generosity. Stefan said he normally rode a bike everywhere, so he lent me one and we pedaled back to the center of town where we dismounted outside one of the most upscale restaurants/lounges in the city. It seems we were going out for more than just a beer. 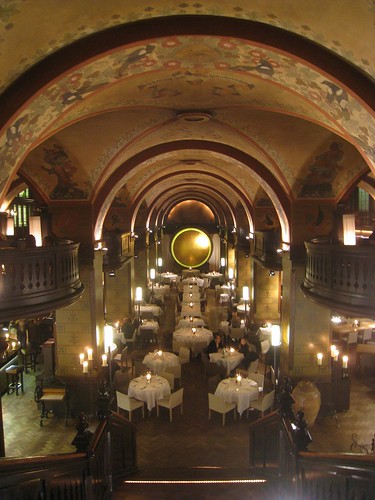 Kornhaus Keller was the name of the centuries old, underground building we entered. We found the only available set of leather seats back by the cigar room. I declined Jameson in favor of a drink I would actually enjoy, a Bombay Sapphire gin and tonic. 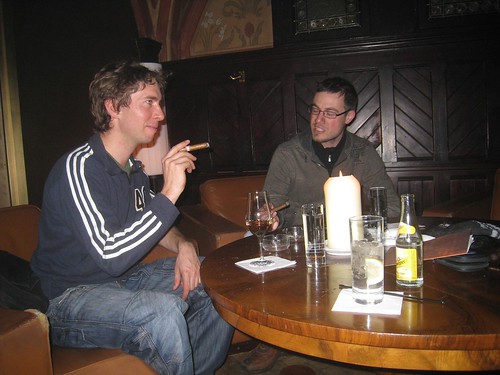 Going for broke, Mike suggested cigars, though I declined them as well in favor of a few puffs from Stefan's. They chose the cheapest ones on offer, at $9 apiece, or about half the cost of my drink. An hour or two were passed in the dim light of the exclusive haunt before Stefan and I returned to his apartment. I thanked him for everything, and retired in the comfort of one of his six roommate's beds. He was set to begin a new job in the morning, while I intended to sleep late, and catch a train to Interlaken.

I especially love the picture of the river and the chapel! Snow makes everything just so magical... so long as you don't have to shovel it. :razz:

I especially love the picture of the river and the chapel! Snow makes everything just so magical... so long as you don't have to shovel it. :razz: