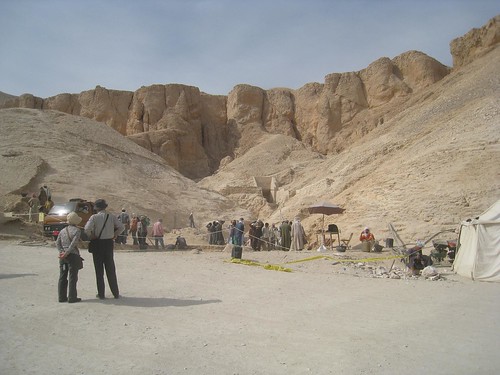 Upon exiting the overnight train from Cairo, I found a guy holding my name on a piece of paper, as expected. Along with a few others, I was whisked away in a minivan. A few people were dropped at a hotel, while a few of us motored on to The Valley of the Kings which is the resting place of many royal tombs, including King Tut. We visited a few tombs, though none of us ponied up the extra $20 or so to visit King Tut's tomb, which the guide assured us was smaller than the ones we were visiting. 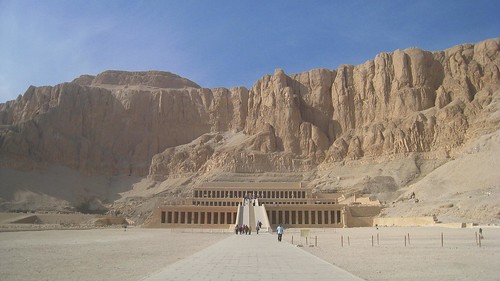 It was cool to see the hieroglyphics in their original settings, like the rock art down in South Africa, but it didn't feel real. No photos were allowed, and it was strictly enforced, so I can only share the exterior views. After the tombs of a few kings, we visited that of a former queen, set against the cliffs on the opposite side of the kings's tombs. 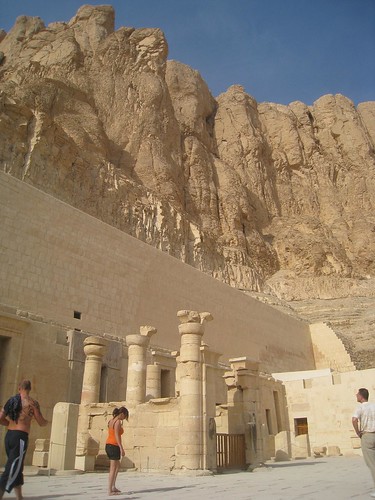 I will admit now, I am not going to be very good about providing the proper names of what I saw. Half the time, tour guides were difficult to understand, and half the time, I was too preoccupied taking photos to spend much time following the historical details. At the queen's tomb, some guards were earning tips by leading tourists behind little ropes to areas they wouldn't normally be able to access. It was hot, so I made good use of my lightweight Khmer scarf from Cambodia for sun protection. 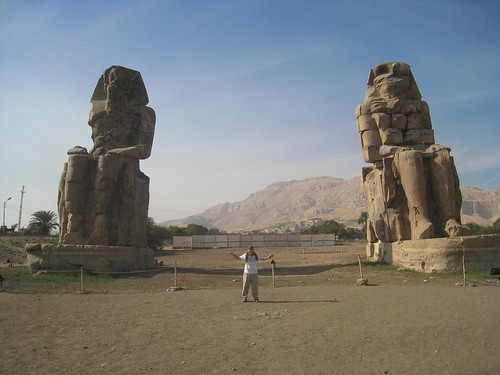 The whirlwind tour continued with a mandatory stop at an alabaster shop where everyone was swarmed with salesmen trying to sell stone statues. Then, we stopped at two big statues for a photo op before checking into our cruise ship, and eating lunch on board. During the day, I was getting to know two Korean guys on break from their one year assignement for the United Nations as military observers in Sudan. 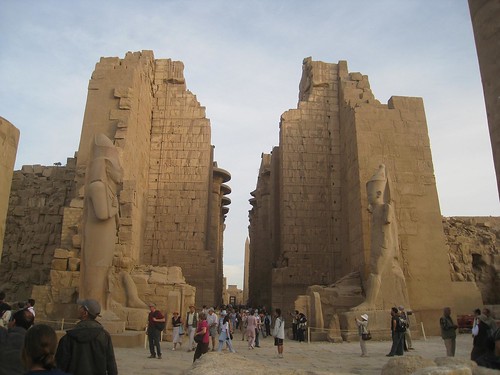 After lunch and a quick rest, we headed off to Luxor Temple as the sun began to set. This felt especially rushed as it is considered a very important temple – a must see. A few new people had joined our group though, including an American couple visiting their daughter, on break with her boyfriend from their Peace Corps assignments in Uganda. I quickly found them to provide comic commentary to the experiences, and like me, they had received little in the way of an itinerary for their Nile Cruise tour. 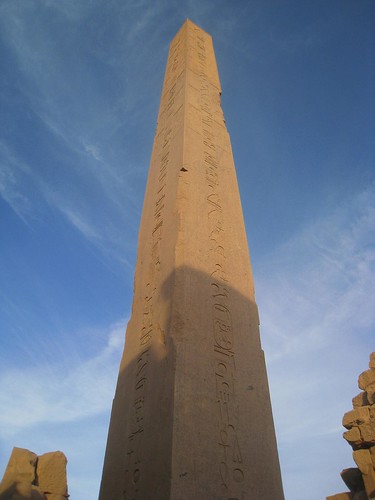 As the sun headed down, we returned to the cruise ship for a delicious buffet dinner. Much of the food resembled Western food but after the tour, I would learn it was more Egyptian than I initially thought. The rice was always particularly good. I ate with the Korean guys, and they made the most of the variety of foods available during the cruise. They said it was because the options in Sudan were so limited and bland. After dinner, we had a beer in the lounge but it was empty. Loud dance music boomed, but the only takers were a few older Asian women who strutted their stuff for a bit. 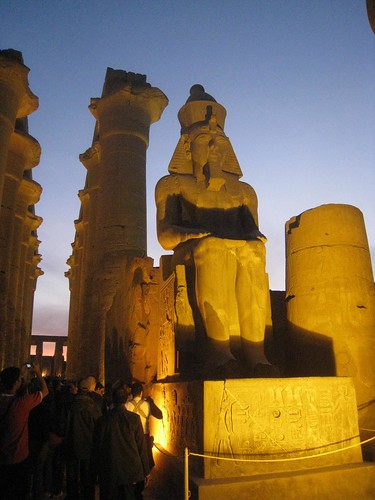 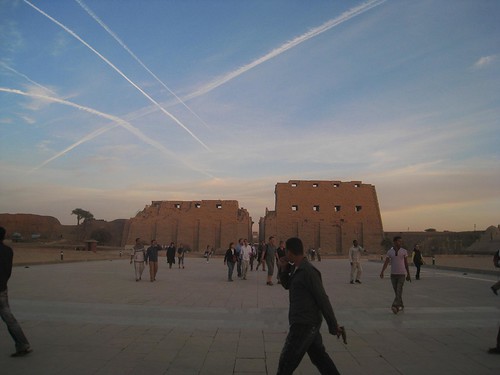