A rare breed of travelers, they are are the ones who discover new lands, break records and rules, and risk their lives to see how far they can go.

They inspire, awaken, and remind us how to live for the moment.

They are travel revolutionaries.

Everyone on this list has either changed the way we look at travel or used travel as a way to change the world.

And as one person's Cook is another's Drake, feel free to add anyone who has inspired your travels in the comments section. 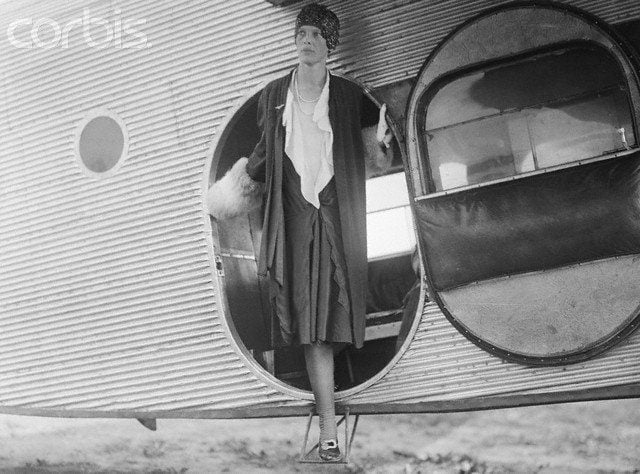 1. Amelia Earhart: Sure, she's known for her ability to fly a plane. But besides her record-breaking career in aviation, Amelia was the first woman to gain worldwide celebrity status for her travels.

Not only was she one of the most famous people of her time, but she also leveraged her fame into lucrative endorsement deals, hawking everything from Lucky Strike to her own clothing line.

Her disappearance during her flight across the Pacific remains one of the greatest unsolved mysteries.

2. Ferdinand Magellan: A seasoned explorer of the seas, Ferdinand set out in 1519 to attempt the first circumnavigation of the globe.

His crew successfully arrived back in Spain after 3 years of sailing. Unfortunately, Magellan didn't live long enough to see his voyage come…wait for it… full circle.

He died midway through the trip, during a battle with the natives on an island in the Philippines.

Even though the route he took was terribly inconvenient and never to be used again, it is considered the single greatest act on the seas, and effectively altered man's understanding of the world.

Bonus: We can thank Magellan for our cool photo along the international dateline.

3. Jack Kerouac: His book On the Road made him the poster boy for bohemian living.

Based on his own travels, On the Road was written in a mere three weeks on a single scroll of paper.

A book that defined American culture in the '50's, it continues to influence travelers today.

The characters Sal and Dean are immortalized on the Kerouac Scroll Tour, where travelers, free spirits, and those who yearn for a simpler life can pay homage to the original manuscript.

4. Che Guevara: A powerful example of how traveling can change a man's life, Che's early travels through South America were the catalyst for his a lifelong mission to eradicate poverty and unite Latin America.

A complex and polarizing man, Che traveled extensively hoping to bring awareness to what he considered were the unjust ways of the world.

One out of every four backpackers owns a Che Guevara t-shirt. Okay, there's no data to support that statement, but man, is his face everywhere or what?

5. Alexandra David-Neel: In the late 1800s, she traveled to India by herself, boldly seeking out the truths of spirituality.

That trip was remarkable enough for a woman of that time but she didn't stop there.

She continued traveling for enlightenment and found it in a cave in Sikkim, where she lived for two years.

Later, she managed to sneak/trespass into Tibet and stay in Lhasa for two months by dressing as a pilgrim.

Her writings on spiritual philosophy have influenced many, including Jack Kerouac and Allen Ginsberg.

6.  Harriet Tubman: The honorable Ms. Tubman risked her life for hundreds of slaves by traveling with them through a secret network of safe houses and checkpoints known as the Underground Railroad.

She took slaves as far north as Canada in order to guarantee their freedom.

Despite a huge reward for her capture, she never wavered in her belief of freedom as a right for all people.

The fearlessness in her travels shifted the political and social consciousness of America for the better. 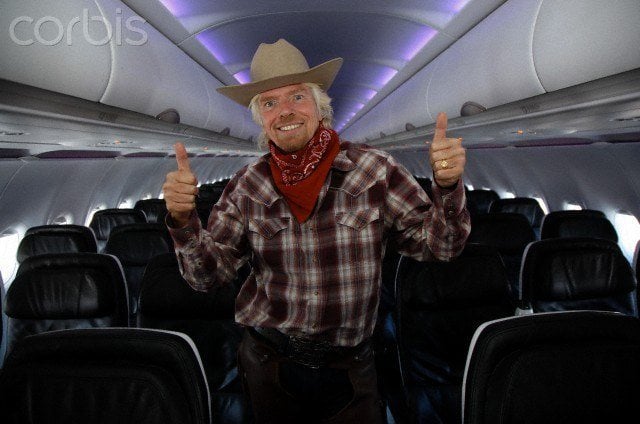 8.  Marco Polo: Chances are you first heard the name Marco Polo in a swimming pool. However, MP's legacy reaches far beyond a super fun children's game.

During an epic 24 year journey, Marco traveled to the Far East, determined to go farther into China than any other Westerner before him.

He succeeded and his book, The Travels of Marco Polo, was a widely read account of his time in the Middle East, Central Asia, the Far East, and Africa.

His collection of treasures brought back from the Silk Road ignited Europe's interest in trading with China.

Wonder if during his travels he ever felt like a fish out of water. Har-Har. Get it?

A charming daredevil who wrote several best selling books on his adventures around the world, his desire to be known as the most traveled man that ever lived won him as much fame and notoriety as Earhart and Lindbergh.

A few of his exploits include: riding an elephant across the Alps, swimming the length of the Panama Canal, and a visit to Timbuktu.

As is the case with several on this list, he traveled to his death. An attempt to sail the Pacific failed when he ignored warnings of bad weather.

His last words were, “Southerly gales, squalls, lee rail under water, wet bunks, hardtack, bully beef. Having a wonderful time. Wish you were here, instead of me.”

10.  Gertrude Bell: This is a lady who got things done. She knew many languages (French, German, Italian, English, Persian and Arabic), had a history degree from Oxford, was an experienced mountaineer, and traveled frequently through the Middle East.

Because of her experience in the region, Winston Churchill invited her to help construct a new country after the fall Ottoman Empire.

Considered the “Mother of Iraq”, she defined the current borders of the country and advised the new king on government matters.

Her letters of her time in the Middle East are still studied today by the Pentagon to better understand the conflict of the region.

About the Author: Sarah Walker is a writer, actress, and international superstar. She is also the President/CEO of the Sarah Walker Fan Club. Some of her favorite travel adventures have taken place in Edinburgh, Barcelona, and the Peruvian Jungle. Connect with her on Twitter @sarahwalkur and check out her blog at http://www.sarahwalkerfanclub.com.

Sarah, any blog that has sparkles AND unicorns is #1 in my books. I'm following you starting...NOW!

Saw this a short while back! :)

That is a great article! It looks like we're closing in on the mystery of what happened to Amelia, especially with the most recent discovery of bones on a small pacific island....