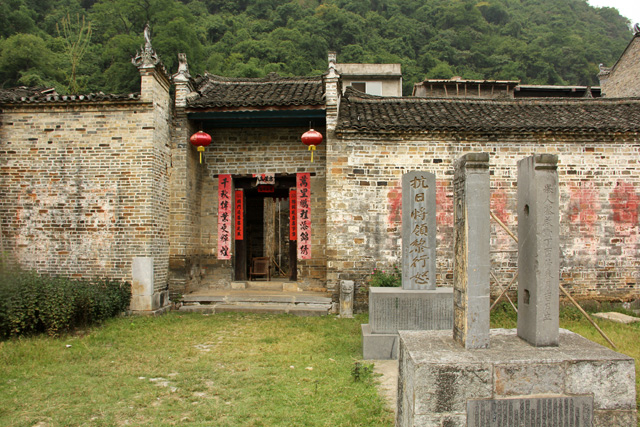 China still remains quite preserved in its cultures, customs, traditions and country lifestyle.

Of course, urbanization has drastically changed things in the past few hundred years, but truly authentic old-school villages still exist in abundance throughout the countryside.

One thing that struck me with as a pleasant surprise when I was in Yanshuo was that just moments from a high tech city, there were rice farming villages that looked as though little had changed in thousands of years.

The contrasting diversity was particularly captivating. 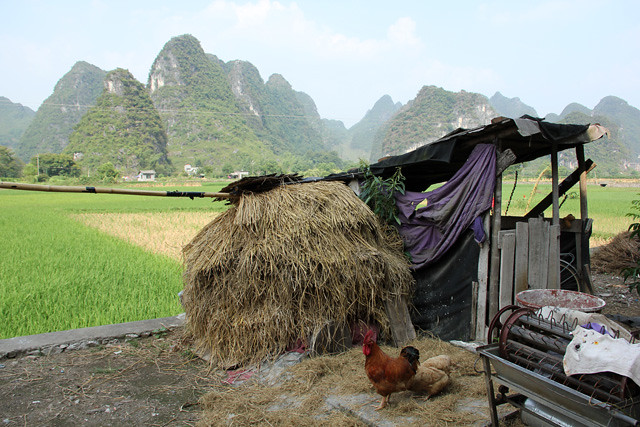 The best way to get from village to village (if you don’t have a motorcycle) is to cycle yourself through the beautiful scenery.

Once you get off the main Chinese tourism circuit, you’ll find yourself in an entirely new world of traditional Chinese culture and life.

One day I was taking a bike ride through the countryside when I stopped at a local village known in Chinese literally as “the ancient village near Yangshuo.” 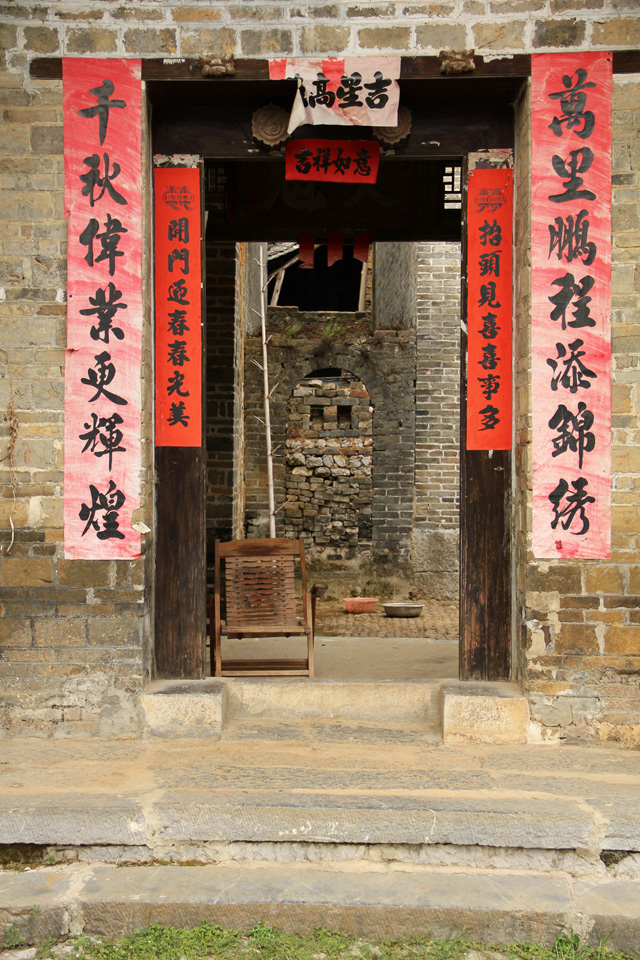 Doorway to a Home in China

In most Chinese villages like this, there are often three, maybe even up to four generations living under the same roof.

The youngest kids go to school, play in the fields, help with chores and learn about rice possibly before they even learn to walk.

Their parents (if they haven’t moved to one of China’s megacities in search of work) are now mainly responsible for the farm and manage all the daily tasks.

The next generations above, though quite elderly, still strive to work as much as they can, caring to the rice and taking care of their livestock.

When they get too old, the great grandmothers and grandfathers sit in their village, resting and relaxing.

Chinese people are some of the most determined and hardworking people in the world. 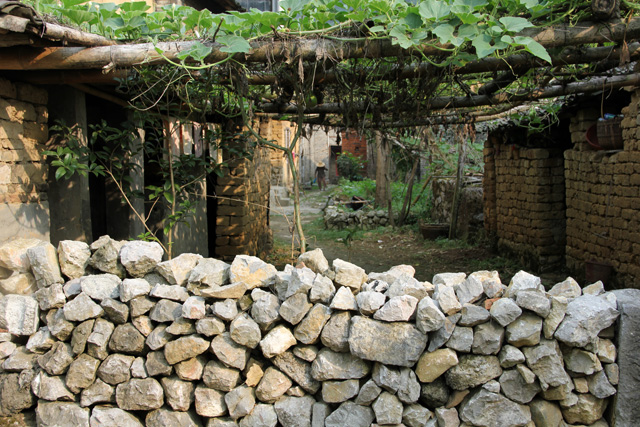 Strolling through this ancient village near Yangshuo was a throwback in time.

Visiting in the middle of the day, it was just the most elderly that were left.

The kids were at school and their parents were working in the fields.

I bumped into a 90-year-old Chinese couple who had lived in the village their entire lives.

They welcomed me into their home and invited me to take photos.

After taking some good snaps the old lady worked her charm to ask me for money to which I offered a small amount for the tour of her house. 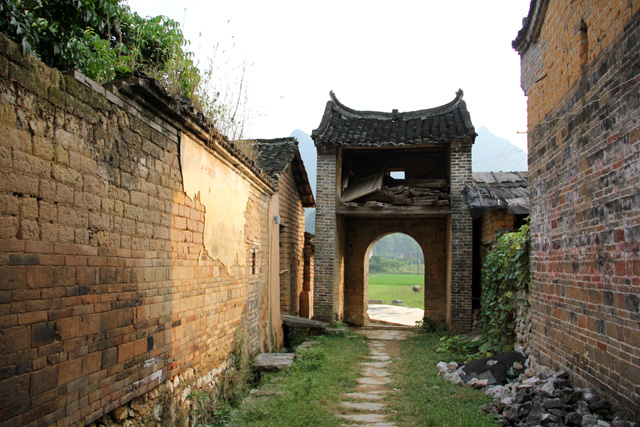 Entrance to the Village

Just a short distance from this ancient village, tending the rice fields and oxen plows are a foreign concept for the young yuppie crowd that visits Yangshuo from their modern city lifestyles.

The important thing to remember is that within China and the rest of the world things are rapidly changing. Local customs are fading out, traditions are losing their value, and lifestyles are evolving to the latest technology.

In years to come, the number of traditional villages in China may dwindle down.

But for now, life continues, slowly and uneventful on a daily basis, yet drastic when viewed from a distance and compared through the years.

Observing local villages and ways of life is surely an inspirational reason to continue to travel and ingest as much of the world as we can, as things continue to evolve.

Yangshuo villages are charming with paddy fields which remains for thousands of years, and bicycle is the popular way to go through these prestine lands; while in Lingchuan, another county in Guilin, even has many ancient villages built in Ming and Qing dynasties (1368-1911) with well preserved ancient houses, some of which were built only by large stones, quite ancient, and also the way to visit these villages is ancient-by foot.

I enjoyed reading your article, very well-written.......I'm glad to hear that Chinese culture had been preserved in some areas.

Can you speak Chinese? I love that you were able to see something so off the beaten path! Very inspiring, thanks for a great post!

I curious... It sounds like you biked to this village. How do you go about finding out about these places?