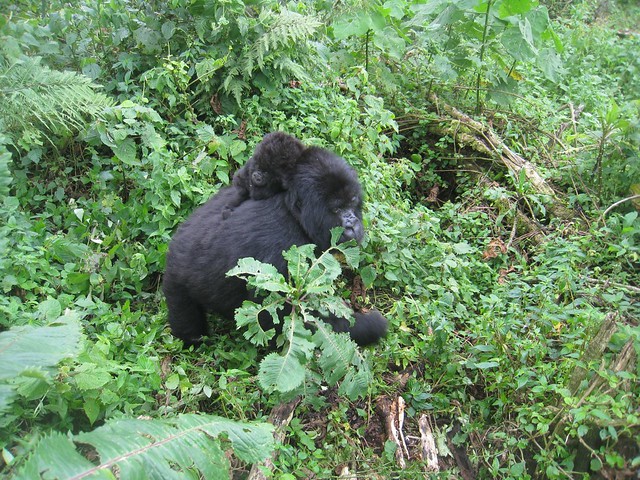 Here I am, sitting at my parent's kitchen table, sipping hot chocolate and reflecting on the year 2010.  What a ride it's been, for both me and the blog!

This post recounts my personal experience as a full time travel blogger.  For the remainder of the week, posts will highlight the best stories, photography, and videos featured on Go Backpacking in 2010.

If you're new to the blog, this week is a great chance to catch up!

Rwanda Trip – On February 12th, I announced that I was going on a week long media trip to Rwanda, the Country of a Thousand Hills.

The opportunity to see endangered mountain gorillas in the wild was unreal — the kind of experience I'd dream of when flipping through adventure travel catalogs just a few years ago.

Learning about the 1994 genocide touched on a whole different set of emotions.

Los Angeles – I met Stefanie Michaels (@AdventureGirl) on the Rwanda trip, and soon after our return, went to visit her in LA.  It was my first time visiting the City of Angeles.

We spotted a bunch of stars including Jessica Biel, Arnold Schwarzenegger, and Fred Savage.

I indulged in the sushi of Katsuya, remembered James Dean, and recounted scenes from Swingers at The Dresden.

New York City – I made 3 trips to the City That Never Sleeps, however the one that stands out the most was for the 2010 Travel Blog Exchange conference in June.

Rarely do hundreds of travel bloggers come together in one place on this planet for any length of time, so it was a fun opportunity to put (Twitter) names with faces.

Earlier in the year, I also found myself at Blue Ribbon Sushi for a terrific lunch on a snowy winter's day.

Return to Colombia – After TBEX, I returned to one of my favorite countries, Colombia, for the remainder of the year.

I began by relaxing in Cartagena and then made my way back to Medellin, known as City of the Eternal Spring. 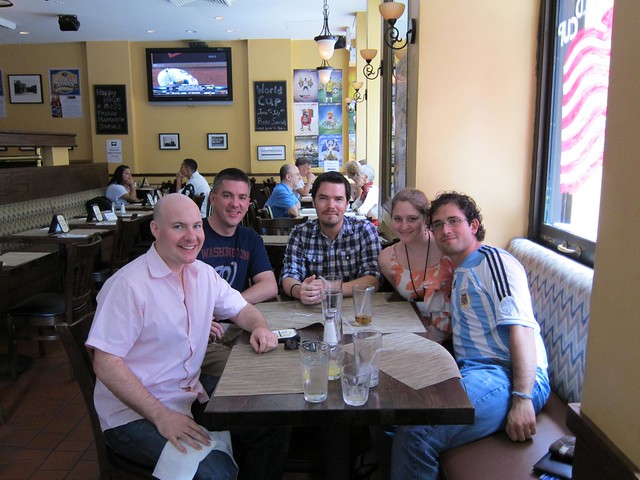 During my trip around the world from late 2007 to early 2009, I had the occasional opportunity to meet up with other travel bloggers.

These encounters excited me because I knew the people were like me — enamored with both travel AND blogging.

I could count the number of these people on one hand, over 15 months.

In 2010, I met dozens, if not a hundred or more travel bloggers in person.  Since I can't name them all here, I want to share a few people with whom I spent the most time.

Stephanie @20stravel – Stephanie co-hosted the DC travel tweetups with me, so in addition to connecting online, we had a monthly excuse to hang out at local bars.  She's now enjoying her own RTW trip!

Troy @foggodyssey – Troy had already written some of this blog's most popular posts of the year by the time I met him in Medellin.  He's an amazing photographer, and hanging out with him and learning to use Lightroom in the process contributed to a quantum leap in my photography skills this year.

Christine @almostfearless – I met Christine, along with husband Drew and baby Cole, when she visited Medellin to interview me for her video documentary on digital nomads.  I was glad they stayed for 3 weeks so we could share  a few adventures together.

Benny @irishpolyglot – Benny from Fluent in 3 Months spent the end of his year in Medellin, and he was a very positive influence on my efforts to learn Spanish.  Namely, I became a lot less self-conscious about speaking, and am encouraged about working toward fluency in 2011. 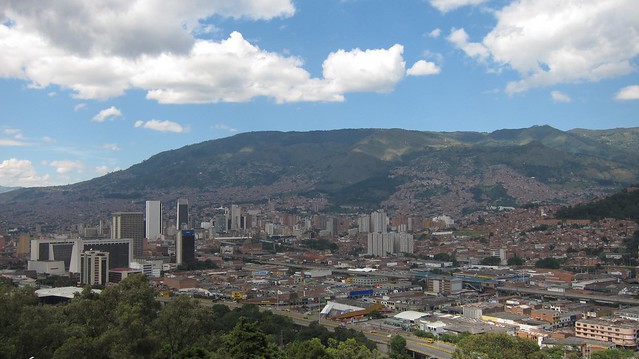 This year I grew my travel blogging activities into a business that could support me while living abroad.

It's far less than I earned at my job as a Customer Service Manager for a health insurance company back in 2007, but the freedom it affords is priceless.

I share my earnings publicly because I continue to meet people who question whether you can earn money from having a blog, let alone earn a living.

While I've been at this for 4 years, and I certainly didn't reach this point overnight, it is possible.

As the travel blogging niche matures and gains credibility, and more “how to” resources become available, it's increasingly possible to see results much faster than me.

Go Backpacking – While the blog brought in considerably more money via advertising this year, the number of monthly visitors remained fairly flat, and well short of my goal for 50,000 per month. On the bright side, the number of subscribers grew by 350%, and there were lots of great guest contributions.

In 2011, my goal is to better curate the stories, photos, and videos to ensure you're  not only enjoying them, but excited to share them via Facebook and social media.

Travel Blog Success – Building an online course and community from scratch ain't easy, however after 4 months of work, I launched my first digital product. Over 100 travelers have become members, and the feedback continues to be overwhelmingly positive 11 months later.

In 2011, my goal is to continue building upon these resources while helping other bloggers reach their goals and easily connect with quality advertisers.

Medellin Living – Returning to Colombia, I regained the reigns of Medellin Living. The frequency and consistency of new posts lead to a doubling of monthly traffic to 5,000 visits. The site also began to make money, mostly as a result of me upselling advertisers from Go Backpacking.

Private Consulting – I had my first two clients this year, and intend to continue offering my support on a limited basis.

I'm dedicating January to redesigning and adding lots of new content to Travel Blog Success.  Thankfully (albeit by design), I enjoy this kind of work.

I'll be spending the first two weeks of February in Japan, and then February 15th sees me heading back to Medellin for another 6 months.

By mid-August, I intend to set off on a new adventure to see the rest of South America.

You really had a busy schedule but an exciting one. I think you had a great time and enjoyed a lot. Appreciate your work and best of luck for this year. http://www.sacredvoyage.net

Thanks Alexis -- I'm excited about Japan too!

Glad you had such a great year Dave. It was lovely to meet you and we look forward to attending TBEX this year and meeting lots of other travel bloggers too.

I enjoyed travelling this year. I started on July 15 my Asia-trip through Russia, Japan, China and Vietnam, where I am now. The first two months in 2011 I will go to Cambodia and Thailand and than home :-(

I wish you the best for the traveller-year 2011! Gerhard

Thanks Gerhard --- good luck with the rest of your time in SE Asia!