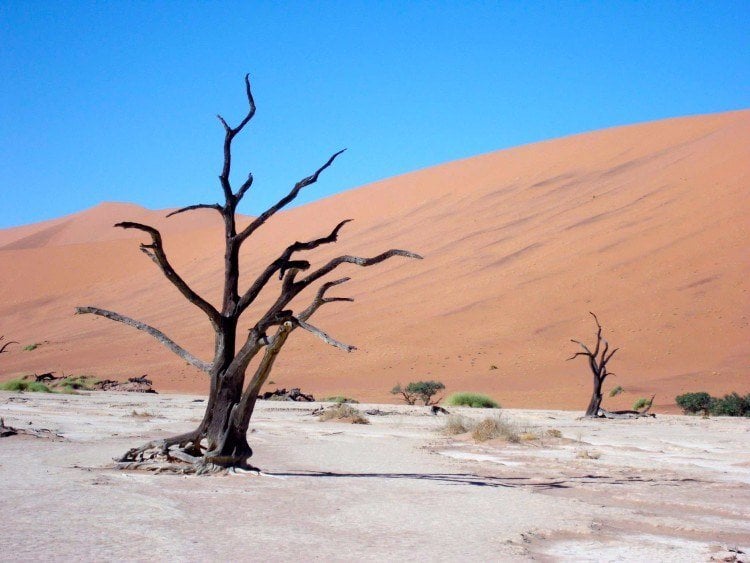 If you’ve traveled the Southeast Asia route, road-tripped through Oz and dabbled in Central America, you could be wondering where next?

For those looking for adventure, desert, and so much more, put Namibia in Africa on your bucket list. Here’s why Namibia should be on your itinerary.

Along the entire desert coastline of Namibia is an area called Skeleton Coast, named so because of the many shipwrecks.

There are thousands of shipwrecked vessels caused by the coast's rough seas and currents. It’s not just boats that you’ll find either, as you may even be faced with a fur seal or two.

The number of visitors is restricted, so the only way to see this area is by Land Rover on tour. It can be costly, but it is worth a visit.

Surprisingly, Namibia has German towns, as a result of the German miners who used to come here.

You can find German bakeries and architecture in the coastal town of Swakopmund. It's just like a German town, and it's the place to be in Namibia with its infamous nightclub, where you’ll find the other backpackers in town.

For Namibian culture, head to a township in Windhoek or Swakopmund where you can meet the chief of the village, see the local doctor and their natural medicines, and walk around and see local life with a guide to show you around.

Here you can see one of Namibia’s other ethnic groups, the Herero tribe wearing dressed from the Victorian times and horn-shaped hats made from newspaper. You can even pose for a picture outside one of their homes.

Indigenous ethnic groups have lived in this part of the world for centuries and none more so than the Himba tribe.

Painted from head to toe in red ocher, with their trademark red braids, the Himba tribe are a semi-nomadic tribe who roam with their livestock and live in mud huts.

You’ll find them in Swakopmund where they come to sell their jewelry and miniature dolls of themselves. 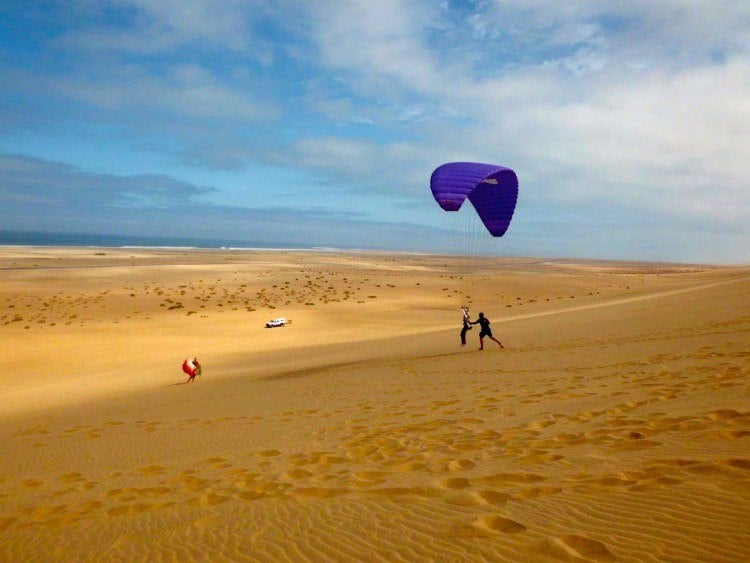 You'll be spoilt for dune adventure

Whether you have the desire to climb a dune as dawn breaks or fling yourself off one to paraglide back down it, Namibia is a surprising destination for adventure sports.

With so many dunes, you can take your pick from dune carting, sandboarding, or even sand skiing, or skydive over them instead. There’s always a hot air balloon ride for those less adventurous.

Then there’s the thrill of the rock sports with the likes of abseiling, rock climbing, and of course, mountaineering over rocky terrain. There's kitesurfing too. Whichever adventure sport you’re into, it’s guaranteed to be in Namibia.

For those preferring the wildlife to an adrenaline rush, head to Otjitotongwe Cheetah Park for a chance to stroke a cheetah and stare into its mesmerizing chestnut-colored eyes.

Namibia even has the Big Five (lion, leopard, elephant, Cape buffalo, and White/Black rhinoceros), and a safari in Etosha National Park is less touristy than those you’ll find in South Africa, with the opportunity to get closer to the wildlife.

The country has stunning landscapes and none more so than Sossusvlei – a dazzling view of a salt pan in the middle of red dunes with camel thorn trees.

Namibia also boasts the second largest canyon in the world – Fish River Canyon. At a length of 650 kilometers, you can choose to hike the gorge or admire it from a viewpoint instead.

For Flintstone lovers, head to Spitzkopp, which resembles a scene from this famous movie surrounded by bedrock.

The once-thriving mining town of Kolmanskop is a great place to pick up gems and minerals at a bargain price. You’ll find sellers along the roadside selling crystals such as tourmaline, or head to the Kristall Galerie for the largest Quartz crystal cluster in the world.

Where else can you experience the thrill of paragliding, sandboarding, and African tribes all at once?