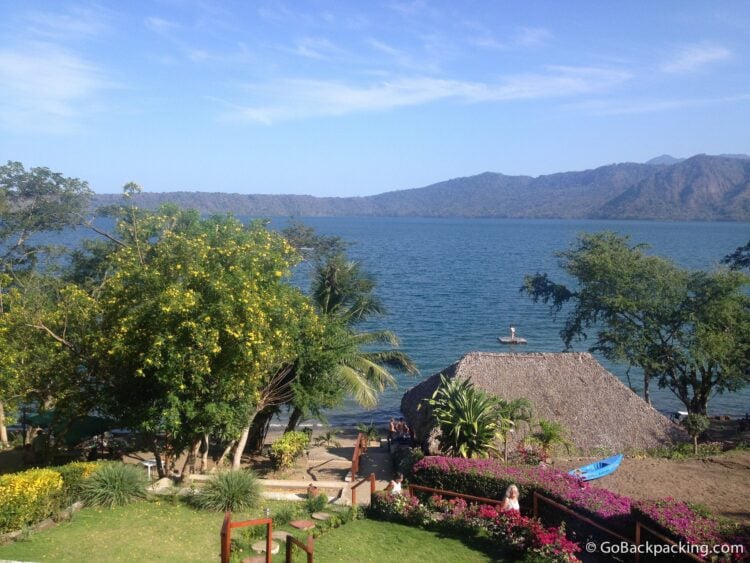 Nicaragua – once a political hotbed deemed unsafe for travelers – has opened up in a big way.

So big that travelers and ex-pats are moving here in record numbers (Nicaragua greeted over one million visitors for the first time in 2010, which brought over US$360 million to the country).

But that’s just the beginning. Mention Nicaragua to most people, and you get raised eyebrows.

“You’re going where? Isn’t it, you know, dangerous?”

In a word: no. Nicaragua has the lowest crime rate in Central America, and second lowest in all of Latin America (behind Uruguay).

Word is getting out, and as public opinion catches on, it’s a matter of time before Nicaragua becomes the next Costa Rica.

Nicaragua is the largest country in Central America. It borders El Salvador and Honduras to the north and Costa Rica to the south.

It’s a tropical country divided into three regions: fertile plains along the Pacific, the central highlands and the Caribbean lowlands.

The dry season goes from November to April, while the (very) rainy season runs from May to October.

In a way, Nicaragua feels like two countries. Spanish-speaking Latinos make up the western and central regions and primarily eat rice, beans, and chicken.

Head farther east, and suddenly everyone is taller, darker, speaks English and dines on lobster, shrimp, and other seafood.

Like Costa Rica, Nicaragua offers eco-tourism (though not on the same scale). You can hike through rainforests, fish off either coast and explore volcanoes, often without the crowds found in Costa Rica.

Plus, Nicaragua has Lago Nicaragua, the largest lake in Central America.

Granada, the charming colonial city along the lake’s shore, is well worth visiting for a few days (though another colonial city, Leon, is more popular for long-term stays).

While in Nicaragua, I met dozens of people who left Costa Rica’s high-priced tourist trail in search of adventure.

Here are just a few price comparisons between the two countries:

In effect, this means you can travel for almost twice as long in Nicaragua as Costa Rica. For the budget backpacker, at least, this is a very compelling reason to stay longer.

But it’s not just the backpackers.

Nicaragua and Business: A Match Made in Heaven?

Well, not really. No country in Central America is considered a fantastic place to start a business.

According to a World Bank report, Nicaragua ranked 118 as a country to do business in. Costa Rica ranked 121, so there’s not much difference there.

However, these rankings fail to consider two important points.

First, Nicaragua’s infrastructure has improved considerably over the past few years. So unlike Costa Rica – whose development remains constant – Nicaragua’s showing a strong positive trend.

Secondly, Nicaragua is a lot cheaper than Costa Rica. Which means it’s easier to start a business and – in the worst case scenario – it’s easier to try again if your business fails.

My wife and I spent a month in San Juan del Sur, a small surfing town on the Pacific coast. While there, we couldn’t believe how many entrepreneurs we met from other countries, many of whom moved to Nicaragua to start their own business.

So while Nicaragua may not have the business acumen of Singapore or Hong Kong, it’s a breeding ground for those willing to strike out on their own. And that leads to further economic growth.

Before You Move to Nicaragua and Start A Business

Realize this country still has a lot of problems. President Daniel Ortega has been accused of controlling the media to help him get reelected (which he did in 2011).

It’s also one of the poorest. The World Bank ranked Nicaragua 131 in terms of GDP, which makes it the poorest country in Central America and second poorest in Latin America (ahead of Haiti).

But if you’re looking for adventure, both in business and in day-to-day life, you’d be hard-pressed to overlook Nicaragua.

Watch out Costa Rica. Your time is (almost) up.

About the Author:  Adam Costa is Editor in Chief of Trekity.com, an “insanely” useful travel site. He also runs the Travel Blogger Academy, which shows how bloggers can grow their travel blogs traffic.

I have been down there twice, and it one of my favorite places in the world. I was in the North on the pacific side on surf trips. I did the volcano boarding thing and had the time of my life. The waves are the best. Beautiful beach breaks over lovely soft sand. The water is freakishly warm and so are the people. I will go back over and over again.

We absolutely love Nicaragua, it's a fantastic country with so much to offer! Alongside Guatemala it is our favourite Central American country!

Nice round up. Having lived and invested in Nicaragua since 2002, I remember writing that Nicaragua was "the next Costa Rica" almost a decade ago. And I'm pretty sure International Living was giving a similar message. At the time there were a flood of US expats who had already invested in properties in Costa Rica and were looking at cheaper, so-called "ground-floor" opportunities in Nicaragua. But the theme still holds true today.

Costa Rica has been on the tourism and real estate map for decades and is the first place that comes to mind for many visitors to the region. But after a bit of digging around, hearing stories about how friendly and affordable Nicaragua is, it's tempting to take a look next door. Even so, while visitors to Nicaragua may be rising (the country surpassed the 1 million visitor mark in 2010), it's still dwarfed by Costa Rica - particularly when looking at the bigger spenders.

We thought about a trip to Nicaragua this winter, seemed like a reaaaaly nice place. But timing isn't on our side, we will be moving this summer and will be free to travel around sept/october, which I read is the worst season (like you mention, very rainy). Soooo disappointed! Will have to go later! Your post confirms what I thought about the potentiel of Nicaragua:)

That's great! My wife and I lived in Big Corn Island for 6 weeks this past December and January. They are absolutely amazing islands and the seafood out of this world. Glad to hear you're enjoying your time there. Cheers to Victoria and Tona!