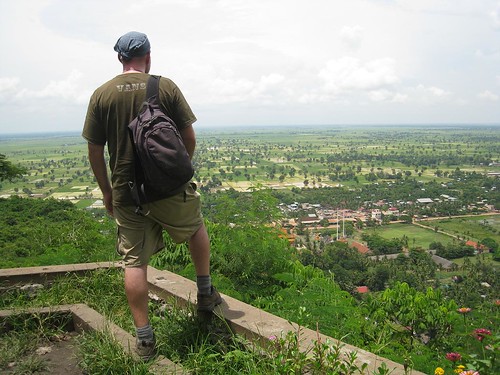 I just had one of the best days of my trip. It started with a good 12 hours of sleep, shower, and some CNN.

I had breakfast on the Royal Hotel's roof and read more of “First They Killed My Father.” At times, I was close to tears. 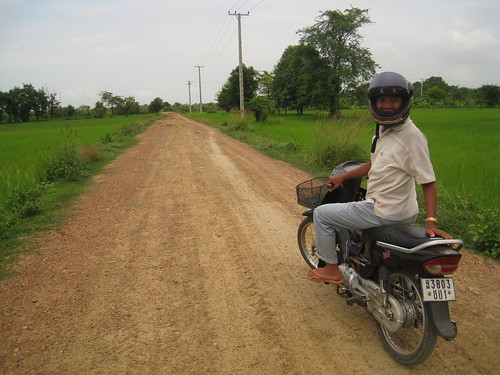 I went downstairs to use the internet and had a message which made me smile.

Then, I connected with a moto driver, Phi-lay, in the lobby.

He offered a motorbike tour for $8 – a price so reasonable I didn't bother to negotiate.

We hopped on his bike a little after 10 am.

First, I asked to stop at an ATM so I could get some cash in dollars (ATM's dispense US dollars in Cambodia, and only small denominations of Riels).

Then we zipped out of the city. 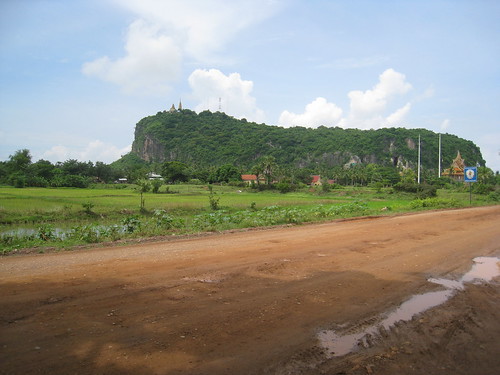 Soon, we were cruising along dirt paths between rice fields and through rural villages.

We arrived at the entrance to the caves and hill temple, where I rehydrated and ate some fruit.

Taking a local guide up the hill worked out perfectly (and cheaply, at only $1).

He had been guiding since age eight and spoke excellent English. He wants to become an English teacher eventually. 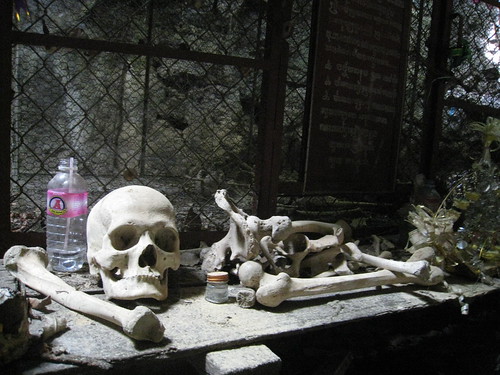 Our first stop was a small cave with a few remains on display.

It was disheartening to think about the evil Khmer Rouge pushing people off the cliffs into the caves to kill them.

Even worse was to think about those being left to die amongst the already dead if the initial fall wasn't lights out.

The second and larger cave had the remains of several hundred Cambodians killed in both the small and big caves.

It was a very somber place. Rainwater permeating through the rock ceiling dripped down, creating a damp atmosphere. 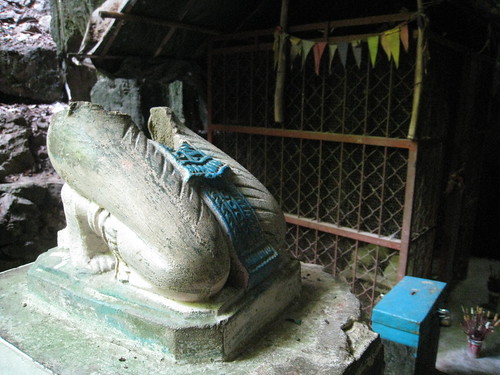 The hilltop Buddhist temple was taken over when the Khmer Rouge came into power and turned it into a prison.

A sad desecration of a sacred place. And it happened across the country.

While I was up there, an old monk was listening to the news on a radio. A very young child monk was there too.

My guide and I sat with them for a bit in the shade of the temple.

The views of the Cambodian countryside from atop the limestone hill were stunning.

It was hot, but the sun was behind clouds most of the day. 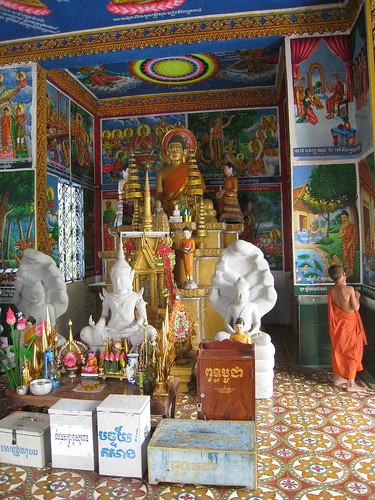 We returned to the entrance, where I bought a Kroma – the traditional Khmer checkered scarf.

I ate lunch at the same restaurant we sat at before the guided tour.

Phi-lay recounted his experiences at age 16 of living through Pol Pot's era.

I had hoped to hear his personal story but didn't know how to raise the topic.

As it happened, he simply began to share it as I was munching on fried rice with egg.

Much of what he said mimicked the experiences I had been reading about in “First They Killed My Father.”

Of course, with 2 million people, or a quarter of the population, killed by execution, disease, and starvation, it shouldn't be a surprise.

Part of me wanted to take notes, but there was just too much I'd want to write down, so I sat and listened. 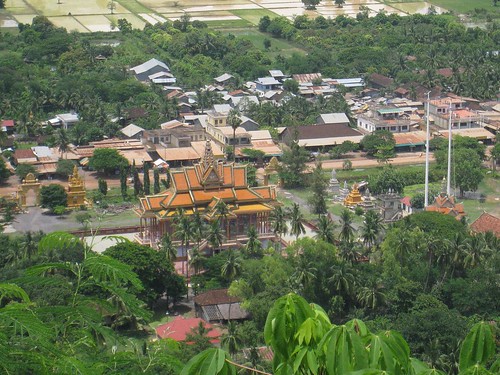 He mentioned having to scrounge for bugs to eat, the constant hunger, that much of his family died.

He was in the hospital more than once – on two occasions for more than six months at a time.

His hair fell out. His skin flaked off. In the rainy season, he worked with water up to his chest.

And when he got something akin to porridge, the water was so high it mixed in with it while he was trying to eat.

In the fields, he'd drink groundwater contaminated with nearby cow feces.

His face scrunched up in disgust as he talked about these horrifying realities.

He also spent nine years in a Thai refugee camp. 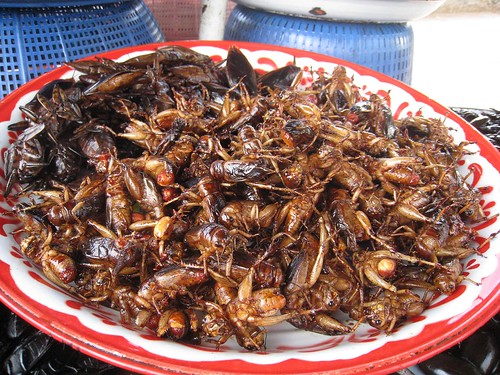 The topic of scorpions arose somehow (probably by me, as I am still trying to complete the longstanding dare to eat one), and he offered to take me past a bug stand on the way back to the hotel.

Along the way, we passed the Governor's (old, and adjacent new) homes.

Then the bugs, but no scorpions were to be found. Phi-lay suggested they might be out of season due to the rains. 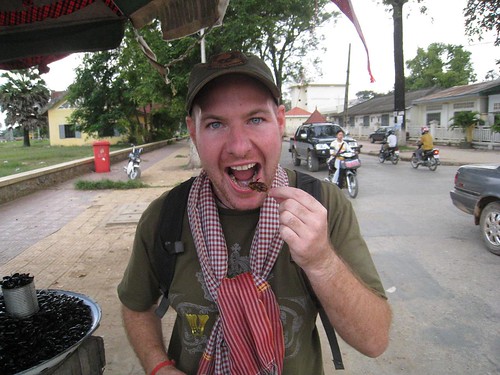 I figured, if I were ever going to have a chance at eating the elusive scorpion, then I'd better get some practice with smaller critters.

My left leg trembled as I mustered the sober courage to munch the little buggers piled up before me.

Phi-lay was standing by ready to snap photos, while the two Cambodians behind the stand quietly observed the show.

I tried a small black bug first, followed by a big grasshopper with a peanut shoved up its butt.

They were both crunchy and not too flavorful except for the grasshopper, whose saving grace was the noticeable peanut taste.

Then the topic of dog came up (probably by me again). Phi-lay responded with a recommendation, and I saw a completed dare within my sights.

Hi Don, thanks for sharing your experience in Battambang as well.

Hi Dave, I took this day trip from Battambang to the Killing Caves in December, 2007. It was a day I will never forget. I also remember the old monk in the Buddhist temple and thinking about all the horrible ways that Pol Pot's henchmen had destroyed such wonderful people in that special place. Yes, the views at the top of the surrounding Cambodian countryside were stunning.