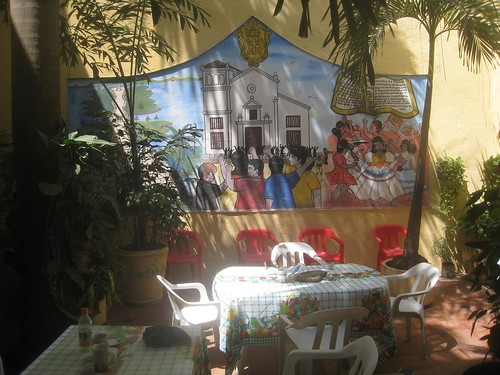 I was up early my first morning in Cartagena, and went to check my e-mail, only to find the details of a writing assignment I had accepted for a popular website.

Immediately, I was torn between experiencing the city, and figuring out how to accomplish the assignment in the 3 days given.

I read over the assignment while sipping a tinto (small black coffee) in the hostel courtyard, and began to brainstorm. 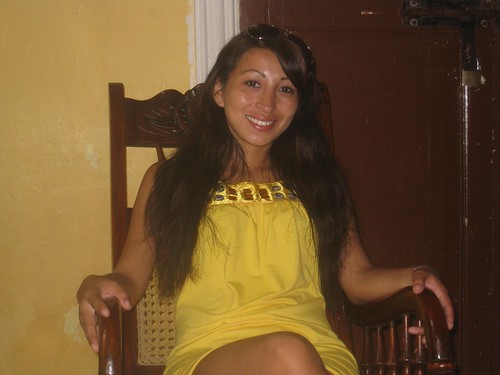 As everyone emerged from their slumbers later in the morning, we made a plan to hit the beach.

We split up, and Karin and Jarib joined me in the old city first.

I had invited them to lunch at La Cevicheria, a restaurant Anthony Bourdain visited on his trip to the city in 2008.

I had the exact address from the Travel Channel website, yet we walked in circles unable to find it (even after the girls asked several locals in Spanish).

I realized it would´ve been smart to find the phone number too. We ducked into a typical Colombian restaurant instead, and decided to try again the next day. 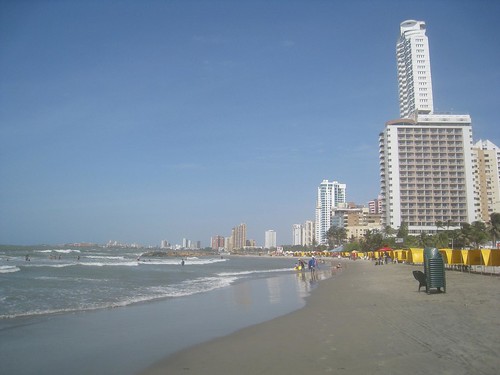 After lunch, we took a taxi to the beach, and began walking up it to find the others.

The water was warm – a nice change from the chilly waters off South Africa and Barcelona. 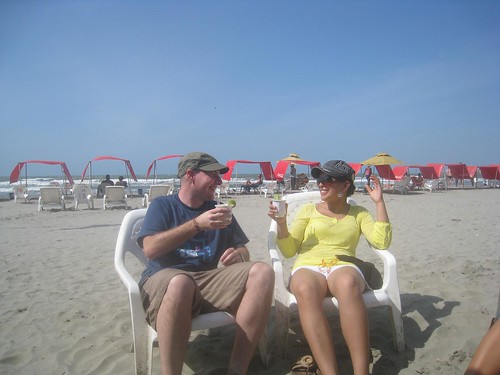 While it wasn´t Brazil, I was happy to be on a beach in good company with a caipirinha in my hand.

After we finished our drinks at the bar, I sat under one of the canopies as the others went for a swim.

The locals were hawking everything from massages to ceviche.

I made the mistake of accepting a sample foot massage, and soon found my legs lathered in goop to the point of utter annoyance.

I got up and walked right into the water with the others, annoyed at being annoyed! It reminded me of Kuta Beach, Bali. 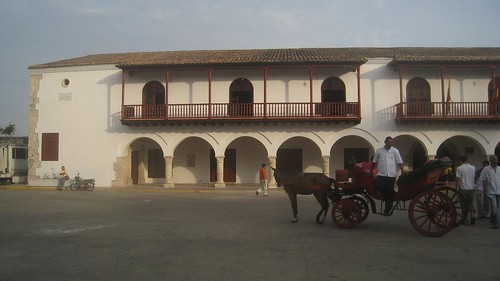 The water was perfect, and there were big waves which made playing around for awhile in the surf more fun.

It looks like a great place for resting! I love pics there!

Looks like a great time at the beach :smile:

Looks like a great time at the beach :smile: