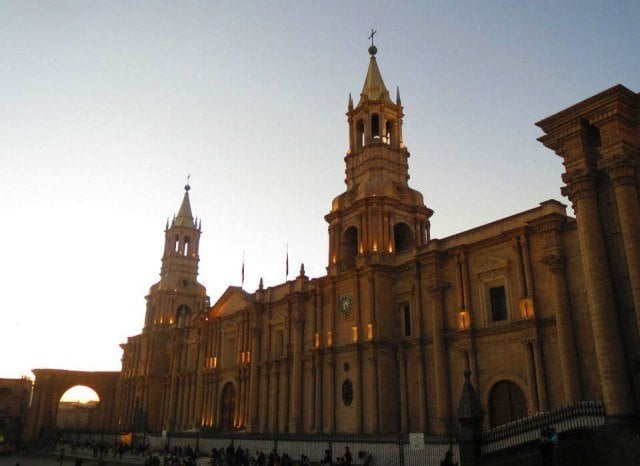 [T]he primary reason to stop here was to eventually make the trip to Colca Canyon. But I had other reasons.

I had read that Arequipa is similar to Medellín, the Colombian city I call home, and I was even more convinced when a paisa (person from Medellín) I used to hang out with saw on Facebook that I was traveling in Peru, and that we needed to meet up in Arequipa, his new home.

The first thing I noticed was the climate, so pleasant, apparently another City of Eternal Spring, Medellín's nickname.

I later learned that the people from Arequipa are friendly but very proud of their heritage and often think they are superior to people in the capital, Lima. How similar, I thought, to paisas, who often complain about the people from Bogotá, Colombia's capital.

But that's where the similarities seemed to end.

Arequipa is a small colonial city, just under a million people, compared to the 2.8 million that live in Medellín (or 4 million, if you want to count Medellín's booming suburbs).

The lack of population lends a tranquility to the city, I felt, unlike the booming nightlife scene in Medellín.

Don't get me wrong. I'm not saying Arequipa is a sleepy city by any means. I noticed enough bars and clubs that I'm sure the people there know how to have a good time.

I just don't think it's quite the party Medellín is. 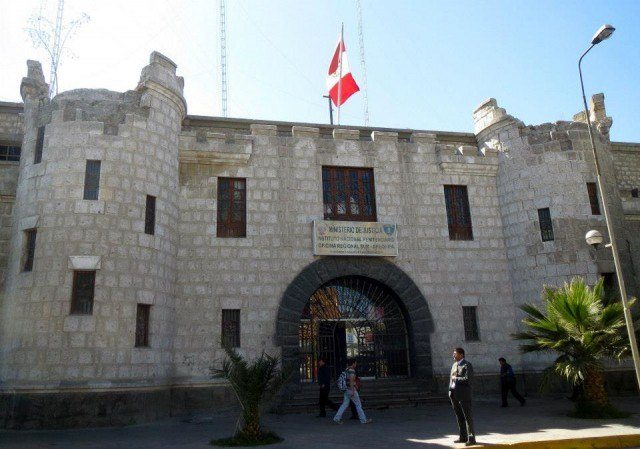 What Arequipa has is its colonial roots, the white stone most buildings are made of, hence its nickname as “The White City,” and the beautiful churches shining throughout the city, especially at dusk and dawn. UNESCO proclaimed Arequipa a World Heritage city in 2000.

I just wish I knew how many churches there are. I tried to look it up, ask around, but never got a straight answer. I only know that several walking tours take you to eight of them.

The big one, of course, is the Catedral, at the Plaza de Armas. I watched the sunset there my first day in town, and later enjoyed another glimpse of it at lunch the next day from the balcony of a restaurant across the street.

I had the chupe de camarones, or shrimp stew, the dish for which the city is known, and it was easily one of the best meals I had in Peru.

The rocoto relleno, a red pepper stuffed with ground beef and cheese, is another popular and tasty local dish. The chicken tamale I had for breakfast, topped with the citrusy diced tomatoes and onions you expect to find in your ceviche, was pretty good too.

Maybe my favorite part of the city, though, was something I never expected to see.

I was walking to a place that sells hiking shoes, preparing for my canyon hike, when I passed what looked like a castle. It was the office of the Ministerio de Justicia, or the courthouse.

It would be strange, to prosecute someone in a castle, strange enough that it might feel medieval, or at least I imagine so, but when I'm traveling — or at all times, I guess — I tend to have silly thoughts every now and then.

I actually prefer a quieter location, somewhere off the beaten path, where most people won't go because it's not "tourist-friendly" but I think that might be one of the best parts... seeing things that nobody else gets to see, enjoying the peace and silence of a town not overrun by visitors, with friendly folks who live there showing you the real sights to see, the experiences to be had. It's nice to see a review like this one about a place less traveled.

Unfortunately on my travels to Peru I had to make a pass on Arequipa it was on my list just ran out of money. Next when I'm back definitely want to make it there heard the canyon is amazing