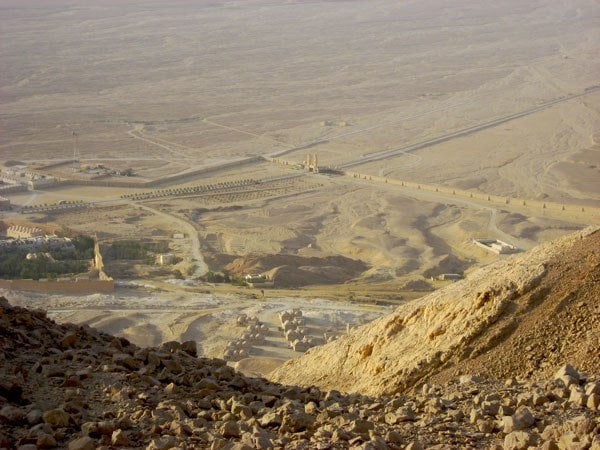 If you want adventure and exotic destinations without the need to stick to any kind of itinerary, nothing beats the freedom and independence of going backpacking.

This was the kind of holiday that, until fairly recently, was very male-dominated – but now there are more women than ever packing their rucksack, strapping it to their back, and disappearing on a trip of wonder and discovery.

It would be true to say that, every year, thousands of women are backpacking solo around Europe and indeed the rest of the world, without coming to any harm.

This is mostly thanks to homework, planning in advance and sticking to basic guidelines about where to go and what to take.

It is also worth bearing in mind that bad news makes the news whereas the hordes of people traveling safely go unreported.

Backpacking has one very simple rule; as small and as light as possible.

You want a bag big enough to carry the essentials but not so big that it gets in the way when you are on trains or buses and you may not realize how often you are going to have that bag on your back.

So be sensible and don't rush out and find the biggest pack you can find as it simply won't be practical.

An ultrasonic portable washing machine can come handy in such circumstances. It is a space-efficient and affordable option, which is ideal for living in an apartment or frequently traveling the globe. 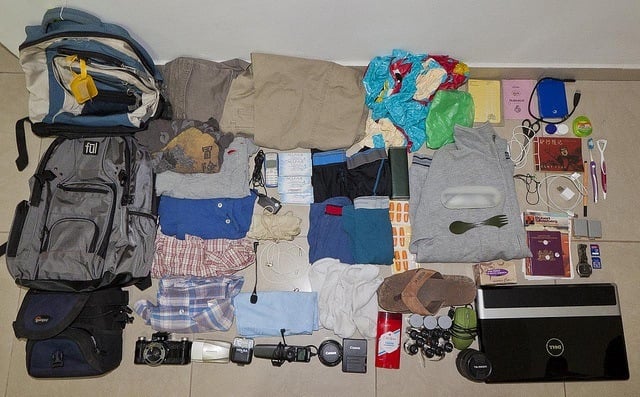 Dress for Every Occasion

Depending on where you intend to go, taking clothes and shoes to suit every eventuality is a must.

Remember that some countries will expose you to temperature extremes between daylight hours and after dark.

In your pre-planning, you will also need to research any dress codes you will need to adhere to, for example, Muslim countries.

Shoes should be suitable to the terrain of where you are planning to visit.

If your destinations are mainly towns and cities, then you don't need a pair of heavy hiking boots.

Go for multi-purpose footwear that is strong and comfortable rather than weighing yourself down with a variety of shoes and boots.

If you intend to venture out into the unknown as a solo traveler you might want to consider a Smartphone with a GPS navigation app and an international sim card may well get you out of trouble.

Let people know where you are on a regular basis. Oh and don’t forget the charger and international power adapter!

You would be wise to make sure that you have a record of your credit card details plus the contact details of your bank and card issuer kept in a secure place.

Try not to carry large amounts of cash but make use of ATMs wherever possible.

There will usually be fees involved for cash withdrawals but it is better than losing a pile of cash.

It goes without saying that a wise investment would be that of travel insurance at an appropriate level for the trip you are planning.

Rather than risking inadequate cover with a one size fits all policy, you ought to consider approaching a company like Columbus Direct where the motto is “If you are happy to go there, we are happy to insure you”. 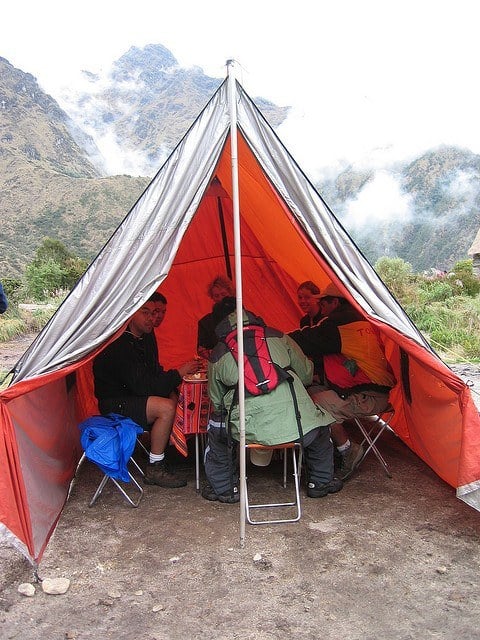 Camping on the Inca Trail in Peru (photo: fortherock)

Whatever your gender, if you are backpacking solo you should rule out camping, it's just common sense really for safety reasons especially in countries you don't know.

Also, avoid the super cheap hostels as you may well find yourself sharing a dorm with the homeless who have found a bed for the night or long-term residents who cannot fend for themselves.

When it comes to finding hostels, look for things such as a communal kitchen and a washing machine.

Read the hostel reviews on independent sites as some will be a haven for party-loving backpackers and if that is not your scene you will have a miserable time as well as a complete lack of sleep.

A good tip to remember is that even if the dorm is empty when you go out for the day it probably won't be when you get back, so make sure your bag is in a locker and you have left nothing valuable lying around.

The only places that are considered to be no-go areas for single women travelers are the Middle East and North Africa; including Syria, Tunisia, and Egypt.

The current political unrest makes these places somewhat off-limits to backpackers who want to get away from the main tourist areas.

It is pure common sense not to wander around strange places on your own at night, and steer clear of dark alleyways, deserted areas and anywhere else that could represent a possible danger.

Once again, there is a lot of information online from other solo backpackers and their experiences in different countries.

Western Europe is considered to be one of the safest areas for female backpackers.

Travelers have also reported going solo to Thailand and Mexico without any kind of trouble and are keen to return.

The vast distances between inhabited areas mean the US requires advanced planning.

Solo backpackers heading across the Atlantic are advised to stick to urban areas and not try to save money by hitchhiking, a practice that shouldn't be carried out anywhere by a single traveling woman.

Getting from A to B

While you may want to just go with the flow if you are moving between countries then you should have a prepared knowledge of the transport links available and a rough guide of times and pricing.

Print off’s weigh nothing, so when you are planning your route, albeit roughly, check out timetables for trains, buses, and ferries you might need to use and print them off.

Also bear in mind that the further east you travel in Europe, the less chance you have of clerks at railway or bus stations speaking English.

Make a note in advance of the train or bus you want and count off the stops between where you got on and where you want to get off.

Most place names are now signed in Latin and Cyrillic but you may come across the occasional one that isn’t.

If you are traveling on trains at night, avoid an empty carriage, as tempting as it may seem.

Aim for one that has fellow travelers in or sit as near the front of the train as you can so if something does occur you have the best chance of attracting the attention of the driver.

Casting yourself adrift on the sea of fate with a backpack on your back can be an exhilarating and rewarding experience.

With the right amount of forethought and a bit of planning, you can also vastly increase the chances of it being a safe experience.

This post was brought to you by Columbus Direct.

I'm new to this. I would like to know how to begin but to places not so far across the waters. I don't want to go so far to get my feet wet. Is this possible?

On the point of hitchhiking; I've a female friend who's solo hitched in Argentina and Chile. I've also met a girl who had more or less hitched Canada, the USA, and Mexico.

While the article makes some good points on occasion I think it misses the mark on a lot of others.

yeah agree completely, i don't think it is intentionally this way but it does come across sexist