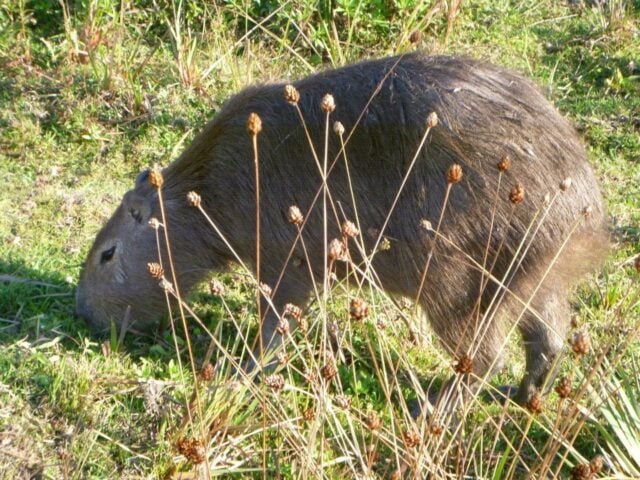 Getting there takes patience, but you'll love what you see when you do. At Colonia Carlos Pellegrini, parts of the Esteros del Iberá wetlands in northern Argentina, it's nature up close.

There are capybara, deer, foxes, gators, monkeys, otters, snakes and more than 350 species of birds on this nature preserve of almost three hectares. But first you have to get there.

First you have to go to the small city of Mercedes, nine hours from Buenos Aires and 135 Argentine pesos (about $15). Then from Mercedes you have to catch a bus or hire a driver, and we opted for the latter as we had missed the bus.

There were four of us and I remember paying $15 each, or $60 total. This was another three hours on the road, this time a dirt road, parts of it quite bumpy and I heard impassable if it is raining.

We made it, though, right as the sun was setting, which was beautiful with the wetlands in the foreground.

Upon arrival we found a hostel, and apparently there are quite a bit of guest houses in the town. But it's very rural. Electricity is a luxury, internet even more so as there was only one place to get online and the connection was horrible, worse than dial-up.

Bring your own water too, or buy some there if you forget. You won't do that again. It costs twice as much there.

That night we just relaxed at the hostel, to be rested for the next day, an entire day with nature. 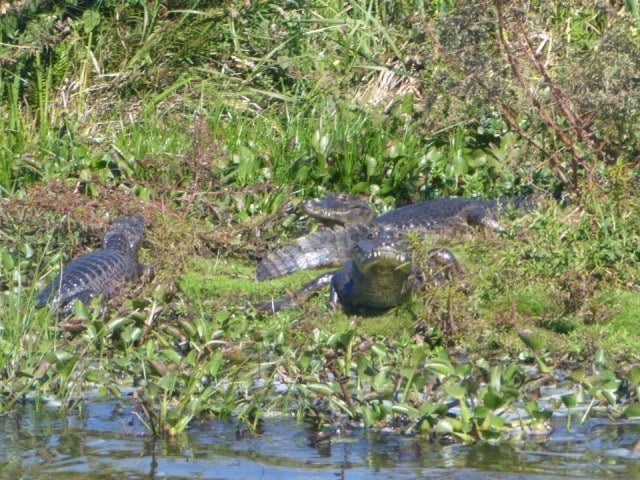 A group of gators at Colonia Carlos Pellegrini

We woke up early and went to a nearby kayak rental business, along the shore of the swamp. We were able to negotiate two kayaks for a half day for 200 pesos (about $23).

It was a perfect sunny day, and we covered almost every inch of the swamp, seeing a bunch of birds and gators.

After that we did a couple of nature walks.

The first one took us to the areas where you see deer and capybara everywhere. The capybara is the world's largest rodent. Even New Yorkers, who tell legendary stories about giant rats, would be surprised.

What surprised me was how close you could get to them. I suppose they're are so used to people, especially with the Colonia Carlos Pellegrini being protected land for more than 20 years, that they don't scare easily. But you can't pet them. If you get that close, they will run.

A fox at the preserve

No matter. We got some good pics and on the way out of this area, we saw a couple of foxes.

We later went to a trail known for monkeys but we didn't see any. It was already starting to get dark.

We didn't see any snakes either — there are anaconda there — but I had already had my fill of my nature so I didn't mind.

The next morning I had to wake up at 3:30 a.m., to catch the 4 a.m. bus back to Mercedes. It was full of chickens and goats, and people headed to places more modern.

I fell asleep standing up, leaning against a window.