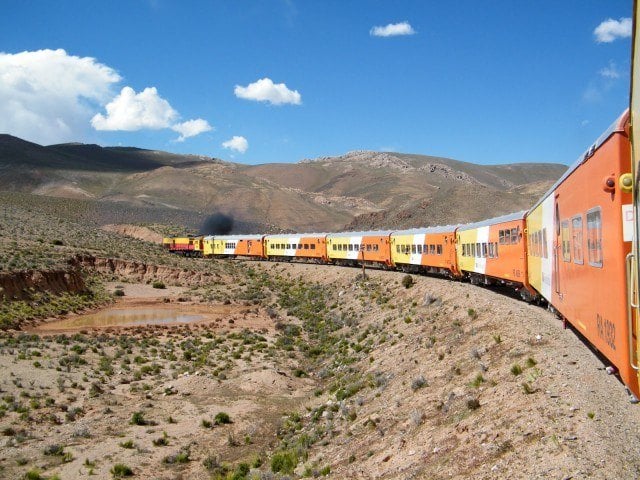 Argentina’s northwest corner certainly packs a punch. There are many reasons to visit the province of Salta.

It boasts some of the most spectacular scenery in the country, with vast mountains and valleys, and has a rich cultural heritage from Incan and other indigenous cultures.

To inspire you, here are eight reasons to visit Salta.

The capital of Salta, bearing the same name as the province, is often overlooked thanks to all the incredible attractions in its surroundings. But the city, nicknamed ‘Salta, La Linda’ – Salta, the Beautiful – is worth exploring.

Salta boasts impeccably preserved colonial architecture and two of the most striking churches in Argentina: the pretty pink Cathedral of Salta and the red and gold Iglesia San Francisco.

Another fascinating attraction in Salta is the Museum of High Altitude Archaeology (MAAM), which houses the mummies of three Inca children.

2. The Train to the Clouds

The famous tourist train, Tren de las Nubes, or Train to the Clouds, is back open after being closed for maintenance for several months. This breathtaking railway route is the 5th highest in the world!

It runs to the Viaducto de La Polvorilla and passes through the copper mining town of San Antonio de Los Cobres along a truly spectacular route. Note that the train doesn’t run every day.

The enormous salt flats span Salta and neighboring Jujuy. Not as well-known, perhaps, as Bolivia’s Salar de Uyuni, but just as impressive.

The vast white plains are a favorite for taking mind-bending photographs as the uniform landscape lets you play with perspectives in humorous ways.

The remote flats can be reached with a Salinas Grandes tour from Salta.

To the southwest of the province lies the Calchaquí Valleys. Here you’ll find one of the most spectacular ravines, Quebrada de las Conchas, a dreamlike landscape of colorful and strange rock formations.

This series of valleys is also home to the Los Cardones National Park and the picturesque town of Cachí.

Mendoza gets all the recognition when it comes to wine in Argentina, but Salta boasts an incredible wine region of its own that shouldn’t be missed.

The laid-back small town is surrounded by lush green vineyards, a kind of oasis in the midst of Salta’s desert-like environment. Oh, and the wine is fantastic too! 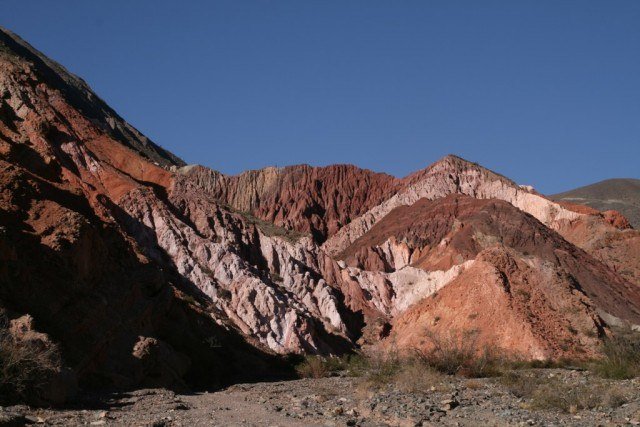 The most distinctive feature of Salta’s other-worldly landscapes is the multi-hued mountains, with their soft folds.

The most famous is the Hill of Seven Colors, in Quebrada de Humahuaca. While this attraction is technically in neighboring Jujuy, it is most commonly reached on a day trip from Salta.

It’s not all deserts and mountains in Salta. There is also a jungle called the Yungas.

It’s the perfect place for adrenaline junkies as there are many adventure sports available in the jungle. Hop on a mountain bike, hit a 4×4 trail or go hiking through the Andean forest.

While Argentina is fairly averse to spices of any heat, the northern Andean region has a food culture that is very different to the rest of the country. Salta boasts arguably some of the best food in the country.

You cannot leave Salta without trying empanadas salteñas (the best empanadas in the country), locro (a hearty corn and meat stew), tamales, and humitas (a corn mixture stuffed with meat).

One thing to keep in mind when traveling to Salta is that the distances between places are large, and the roads are not always in the best condition.

For this reason, either base yourself in Salta city and take day tours to each place you want to visit or, if you hire a car, take your time and stay over in other towns.

Whatever you do, make sure you include Salta in your South American itinerary. It’s a unique destination with plenty to offer the inquisitive backpacker.

About the Author: Nicole Eberhard, English Content Editor for Argentina4u.

Sounds like a desert playground for the avid traveler ... can't wait to see it for myself!

I have never been to Argentina. I love to read about it. Salta seems a place worth taking in consideration.