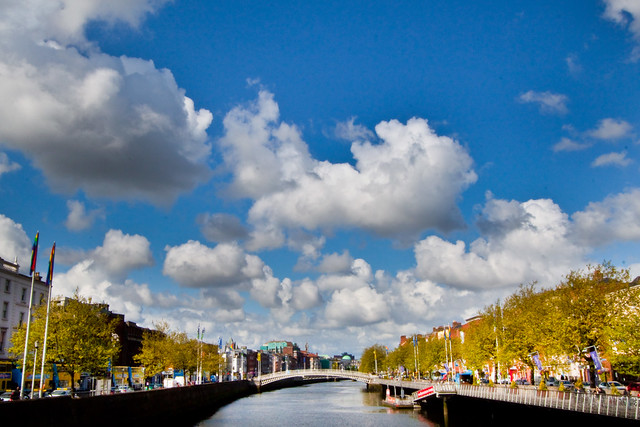 The bustling capital city of Ireland, Dublin is attractive to a lot of different types of travelers, who come for its varied assortment of history, culture, and nightlife.

Modeled in many ways on its cosmopolitan sibling, London, the Fair City is made up of an assortment of smaller villages that surround the nuclear city center, where most of the action takes place.

Split virtually in half by the inky River Liffey, Dublin stretches into suburbia both north and south along the Irish Sea coast, where lovely towns and villages have their own atmospheres worth exploring.

The heartbeat of the city is Temple Bar, Dublin's cultural quarter and nightlife haven.

Packed with pubs, bars and restaurants, as well as cultural institutions like the Irish Film Institute, this Latin quarter is hard to pass up for those seeking 'round-the-clock entertainment.

Sure, the Irish music here can get a bit plastic and the pubs a bit splashed by the end of the night, but there's nothing like stumbling home to your hostel only a few feet away.

Not really the place for those seeking a quieter sleeping experience.

Dublin's north side has always been a bit more gritty around the edges, with a strong work ethic and an inner-city vibe that has, admittedly, waned in recent decades.

The north side has come into its own with the arrival of many new Chinese immigrants who've set up shop along Parnell Street, meanwhile the shiny spire on O'Connell Street now eclipses the Easter Rising bullet holes in the old General Post Office columns, which used to be the area's biggest claim to fame.

Plenty of hostels are to be found in the side streets off O'Connell Street, as well as a few nicer hotels right along the main drag itself.

If you've been to Dublin before, odds are you stayed on Gardiner Street.

Arguably the most stocked area for hotels in Dublin, this long north-south street has been is a veritable one-stop-shop for accommodation, with guesthouses and hostels now residing in reconverted old Georgian homes.

Accommodation here can range from manky to passable with nothing terribly wonderful to write home about but lots of choices and good prices.

You're also walking distance to just about everywhere in the city center.

The leafy south side streets that branch off from St. Stephen's Green, Dublin's tidiest municipal park, offer something of a slightly more gentrified air.

Maybe it's something to do with all of the lawyer's offices and accounting firms, especially along Harcourt Street and Leeson Street, but this is the place to go for quaint older hotels fashioned out of former Georgian homes that are definitely a bit higher on the price scale.

Plenty of posh restaurants around, too. 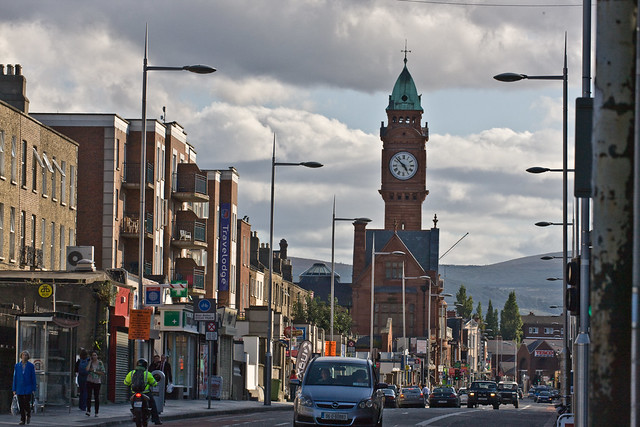 If you want to know where the real new Dubs live, just check in to one of the several hotels and guesthouses in the bustling village of Rathmines, home to perhaps Dublin's most ethnically diverse population.

In the 1980s, Rathmines was the place where underage locals could get served in pubs if they were tall enough and never quite shook off its gritty flavor.

Lots of cafes, cheap and dingy pubs and cheap shopping, as well as easy buses to the city center (or walkable, if you're fit).

Ah, lovely Drumcondra. An oasis in otherwise grainy north side Dublin and a stone's throw from Croke Park, home to all things Dublin sport.

Drumcondra Village has a few pubs, including Quinn's, where fun rapidly descends into a meat market of a Thursday but its mostly concerned with leafy streets stocked with guesthouses where a good, quiet night's sleep is easy to find.

Make sure to take a walk through the National Botanic Garden and see some of the historic gravestones at Glasnevin Cemetery.

This deliciously unpronounceable (try “Dun Leary”) town sits south of Dublin City along the coast and boasts a gorgeous waterfront promenade replete with cozy pubs where local young professionals sip pints of cider on ice of a weekend.

On a sunny day, Dun Laoghaire is difficult to beat, with its cawing seagulls and dripping ice cream cones.

There is also a major ferry port here, for those going onward to Britain or France by sea.

About the Author: Travel writer and wanderluster, Megan Eaves is the author of two travel guidebooks and runs the Irish travel webzine, irishjaunt.com. Having traveled to 25 countries and lived in four, she is an expert on Ireland, China and the American Southwest, where she grew up, and also often writes about her adventures around Europe, especially London, where she is currently living. meganeaveswriting.com