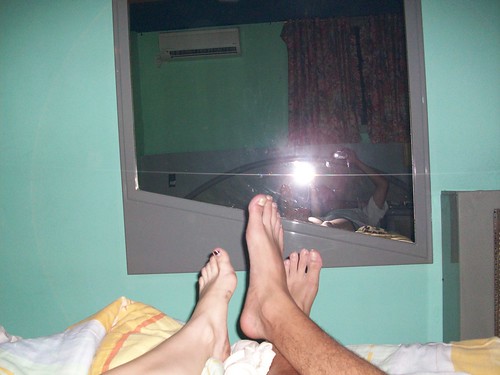 Traveling, among other things, is about hooking up.

Are girls sluts if they sleep around? (Don't answer that.) Are they tramps if their repertoire includes people of other languages, countries, and cultures?

Absolutely not. In my opinion, they're resourceful.

I should clarify what this “hooking up” business is, exactly.

Not until I traveled abroad did I realize that I had a PG-rated conception, and so I'm using the term as such.

“Yeah dude, I totally hooked up with Roberto in the middle of the dance floor last night,” I told Caroline, a hostel roommate.

Come to think of it, I've gotten more strange looks than I've deserved over the years.

I shouldn't over-generalize. Some people are committed (maybe even faithful), celibate, or unlucky at gettin' lucky.

And just like there are things that single or promiscuous people miss out on by not settling down with one individual, those who don't engage in the said hooking up while traveling are missing out as well.

Hooking up, in my eyes, is learning.

Traveling, and living in hostels, is life in fast-forward.

People are constantly coming and going, which has its pluses and minuses, but knowing you have just two coinciding days with some 28-year-old Australian may make the seven-year age gap less off-putting as you consider the question, “what's the worst that can happen?” and rationalize, “I've got no time to waste.”

It's the perfect opportunity for trial-and-error; a chance to do things that are far less appealing when involving a co-worker or classmate whom you'll see come Monday.

And how much about the world will you learn from someone who lives in your neighborhood compared to a member of the opposite sex from another country? 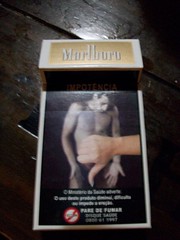 The benefits extend past the obvious. Hooking up removes a wall and opens a door. Let the knowledge flood in.

There's nothing like the insight gained laying side-by-side in a twin hostel bed on pilling sheets after sleeping with a Brazilian, hearing mumbled Portuguese/Spanish about how they haven't felt so relaxed since they found their pet monkey after it escaped from their Copacabana balcony to a playground when they were twelve years old.

It sparked my interest. A month later I found myself in that very part of Rio de Janeiro with an Israeli who taught me how to cook shakshuka and to let my “independent girl” guard down.

I spent a few hour-and-forty-five-minute blocks of time in “telos,” more or less sex hotels which are a cultural staple, with a Buenos Aires native. I learned of idioms and local bands.

I took two-hour local buses to his suburban neighborhood – somewhere I would never visit had I not “known a guy.”

I'd rather hear of childhood memories and be shown around by a local than read the “culture” and “where to go” sections in the Lonely Planet guide book, and I think most people would concur.

Considering the experiences, the language, the stories and the cultural understanding that come with it, I think all who have done so have to agree that traveling wouldn't be traveling without hooking up.
_

About the Author: Emily Callaghan is currently writing a book on the topic of her former study abroad program vs. living in a foreign country and learning through foreign boys.  She writes a regular column for The Smart Set and is the Editor of Table Matters.

Dariece - Goats On The Road

Wow! this post got quite the reaction. I was loving all of the comments until I got to the harsh one by James. Anyways, there's nothing wrong with having fun while abroad, opening your eyes up to new possibilities and getting to know the locals :)

As we are a backpacking couple, we can't comment based on experience, but I'm sure it adds an interesting element to travel!

LOL was checking out the website for your book Neil Skywalker (surely that isn't your real name?) and was a little taken aback by some of the pictures you posted of women in compromising positions. Showing a little respect to those who you made love to (tenderly and gently, no doubt) woud go a long way instead of exploiting their images to make you look like the man-whore you most likely aren't.

Please save your white knighting comments for your weekly bible club. In most of the pictures they girls aren't recognizable. Their faces are blurred out with photoshop. If I wanted to disrespect them then I would show x -rated pictures without blur.

Maybe you're just a bit jealous.

Such a dumb reaction from James. What a prude! It's always the people who are not "getting any" who are most afraid of STD's.

If anyone should have STD's it should be me after touring and picking up girls around the world for nearly 3 years. But guess what? I had nothing when I got fully tested on return to Holland. Just use protection and you'll be fine.

This is the skankiest thing I've ever read in relation to traveling abroad. You should just admit that you like the fuck, it's not about learning hahaha. You go places and share yourself with the locals and leave. How do you think any future prospective husbands will feel about you travelling around sluttin and struttin? You'll get a disease one day and won't know it for several months and infect others most likely.

Hey James, I think your reaction is a bit harsh. We all know there's a double standard when it comes to casual sex. Would you react this way if a man had written it?

1 in 6 people in the US population has genital herpes (Source: CDC), much in part because up to 90% of those infected don't know they have it, and of those that do, many don't disclose it to their potential partners for fear of how they'd react.

Casual sex does not equal venereal disease. Yes, the more partners you have, the greater your risk, but you're assuming an awful lot about the author based on a single article. And that's not fair to her.

This post reminds me of a friend who is proud of her 'united nations' line up of men! LOL. She is happily married now and good for her she ended up with a childhood friend who had a secret crush on her.

I think guys tend to brag about it more, but I'm sure foreign romances are just as exciting for the ladies as they are for the guys.