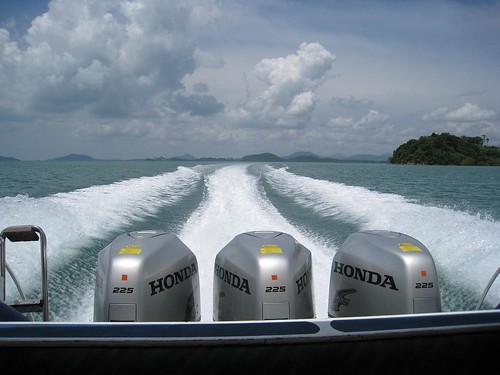 I was nodding off at the bar of Banana's Tacos while waiting for my transport to the Phuket pier from which my boat tour departed.

I started to wonder whether I'd have the physical energy to enjoy the tour.

Finally, with some phone support from the hotel staff, a taxi arrived an hour late to pick me up.

I was the last to arrive on the boat, and we zoomed off in beautiful waters. 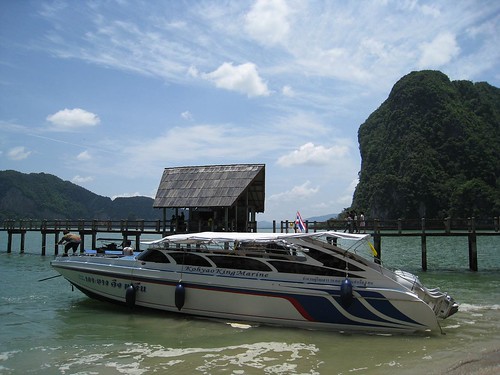 The speed boat could hold 50 people; however, we lucked out with about half that many.

There were young guys from Dubai and India, an older Indian couple, some Polish and Australians, and a Saudia Arabian couple on honeymoon.

The woman was dressed from head to ankle in a black burka, while her husband looked like a typical westerner in shorts and a t-shirt. 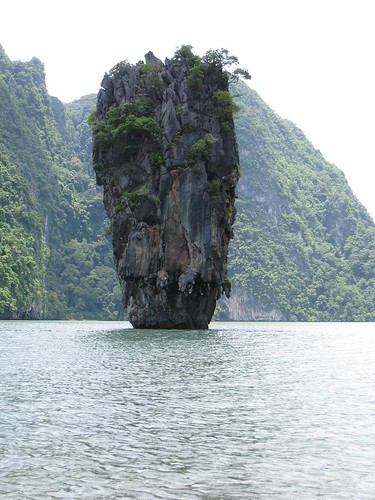 The efficiency of the tour amazed me. The Thai tourism industry seems to operate with military precision (save forgetting to pick me up earlier in the morning).

The highlight of the tour through Phag-Nga Bay is a visit to Khao Tapoo, aka James Bond Island, which received its nickname after being featured in The Man With The Golden Gun. 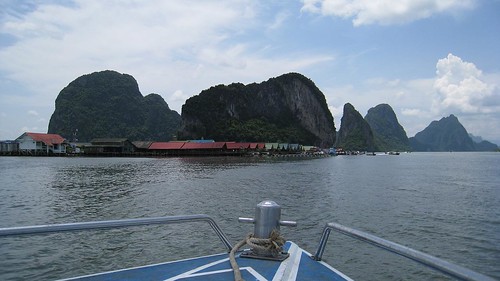 After our photo session of Bond Island, we headed to lunch at Panyee Island, with its restaurants built over the water.

To save time, lunch was already laid out for us upon arrival. Eat, eat, talk, talk, and we're speeding off to Tham Lod for sea kayaking.

Unlike my tour of Ang Thong Marine Park, we didn't paddle our kayaks.

I paired up with an Australian, and we were guided around some islands and mangroves for an hour.

It was a different experience to have my feet up, and hands-free to take photos and accept the beer bought for me by the Australian.

As they say in Thailand, same same but different. 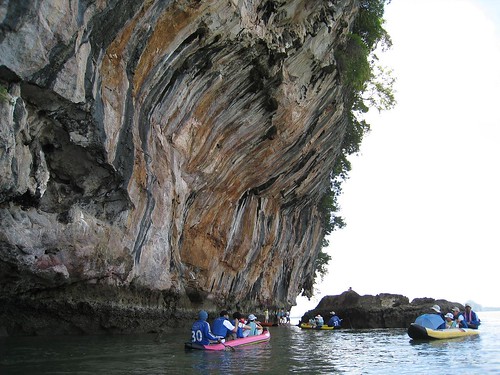 By the time we got to Naka Island for a swim on a beautiful, undeveloped beach, it was pouring rain.

Getting in the water was still a more delightful way to spend the time than standing around on the wet boat, but it was a little less than idyllic.

There were a few minutes when I put my eyes at water level and watched the raindrops pelt the rather flat surface.

It created a cool effect similar to the computer animations you can run with music. 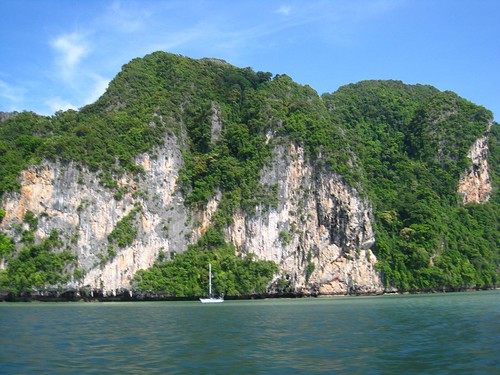 Arriving back at Banana's Tacos, I felt good about the day's tour and my health.

After spending two weeks on Patong, when my intention had been two days, I knew I had to take a leap of faith and leave at some point. 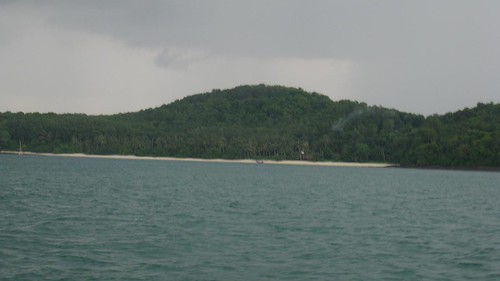 Time was running out on my second month in Thailand. It was time to see the much-lauded Koh Phi Phi Don.