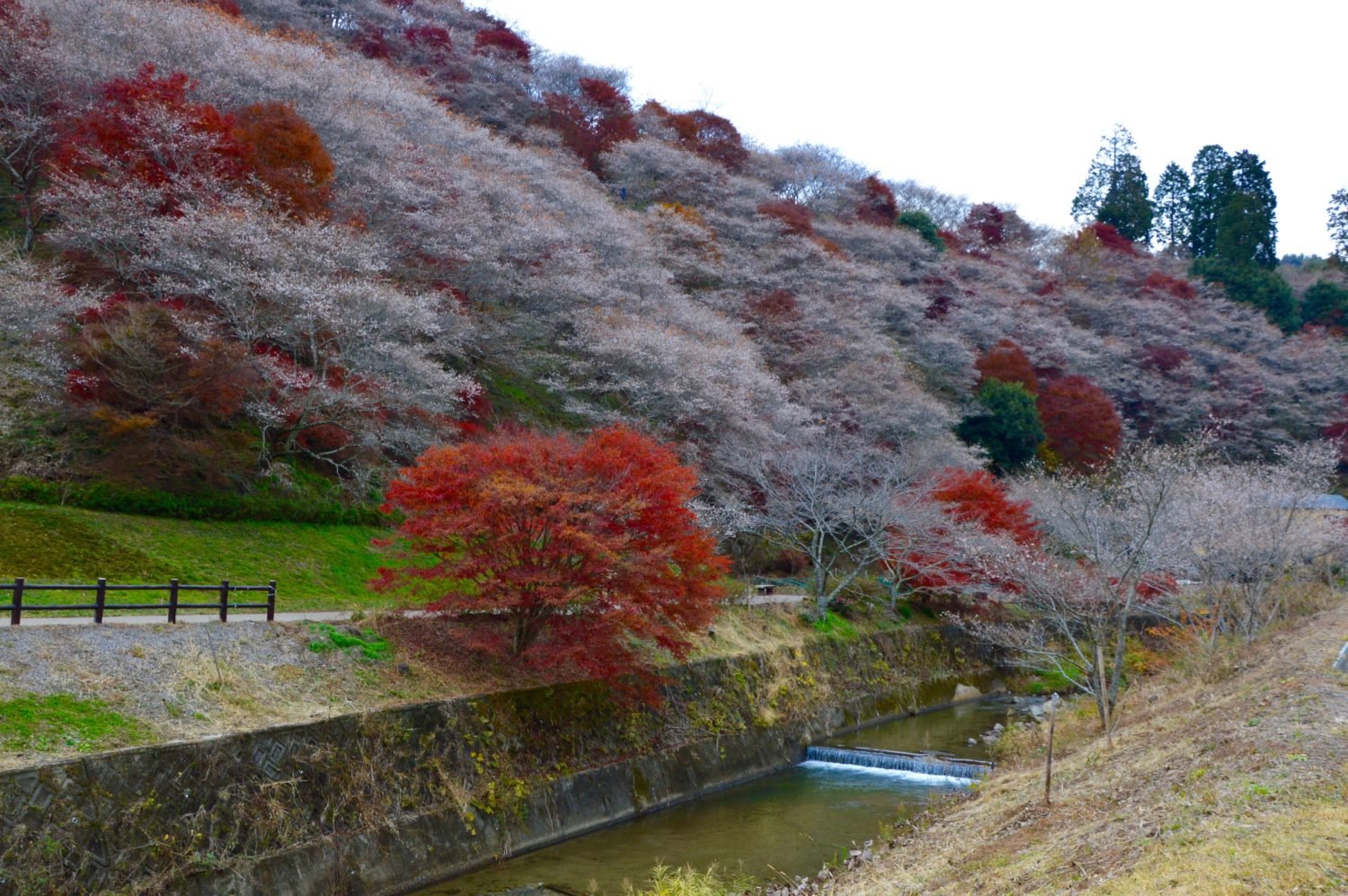 It sounds strange, but the most exciting part of my plane ride over to Japan in November was that I didn't know much about the area where I was headed.

Isn't it refreshing to occasionally head to destinations where we don't have a roadmap of how exactly it will be?

Don't you love that feeling when you mention to a friend where you're headed, and all they can respond with is a furrowed brow which suggests that they've never heard of it?

It's entirely possible you've just answered no to both of the above questions, but that's beside the point.

The point I'm trying to make is this – When I got to the Chubu Region in Japan, I was totally blown away by what I encountered. It wasn't just the Izakaya culture either, I promise.

I found a cacophony of reasons that I was happy to be in the Chubu Region (colloquially called Shoryudo), and I thought I ought to share them.

Just as aside, when I'm referring to the Chubu Region, I'm roughly referring to the central area that's sandwiched between East and West Japan and includes highlights like Mt. Fuji, the Olympic city of Nagano, as well as modern and fast-paced Nagoya! 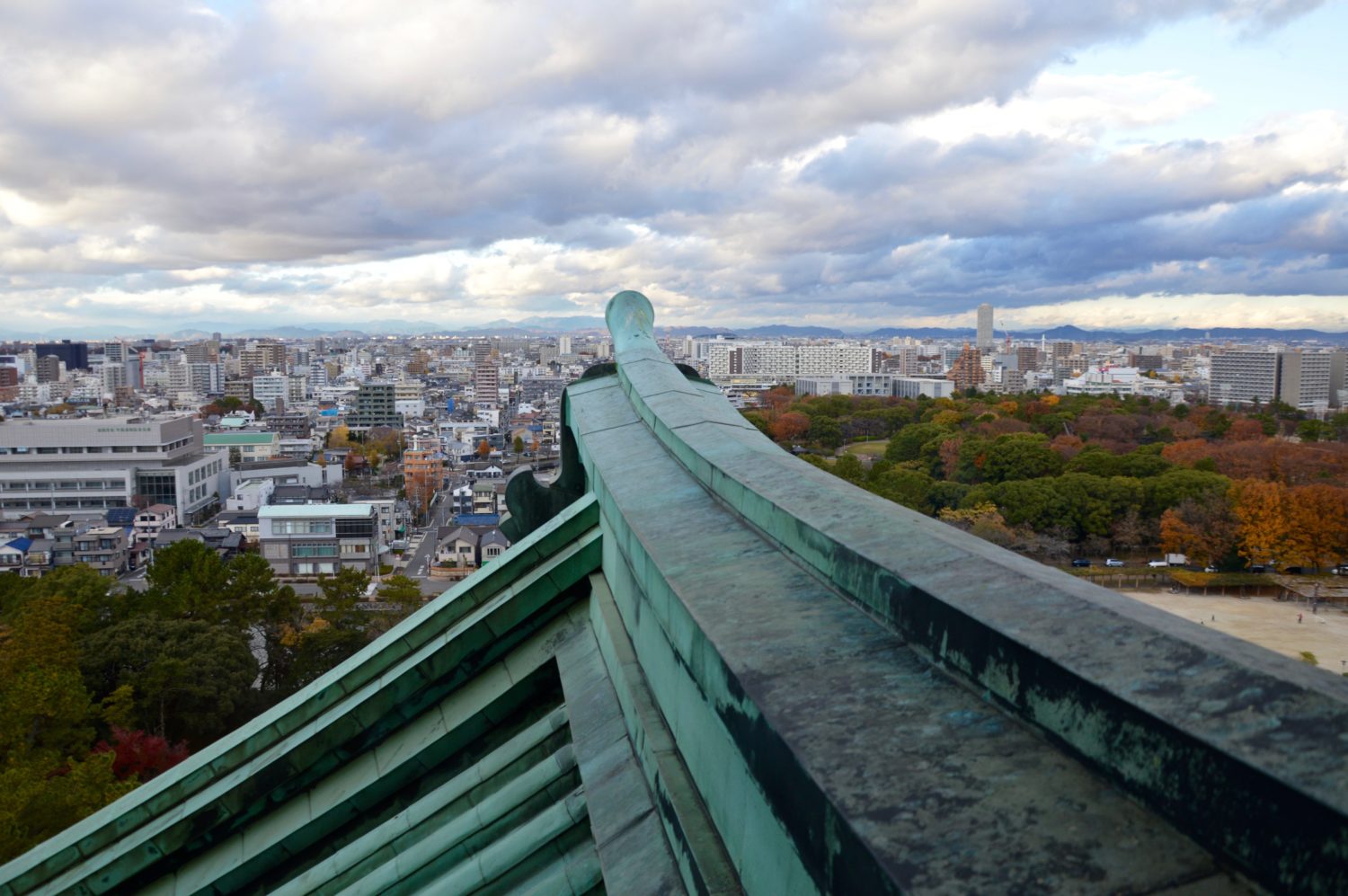 You'll find views in the Chubu Region that you simply won't find anywhere else.

The nature that I was to experience in Japan's Chubu Region was something to behold.

You've got the majesty of the coastline down in Toba where hot spring culture is in full bloom, and that's juxtaposed with the autumn leaves (also in full bloom, I might add) in nearby Asuke.

What struck me was the attitude towards preservation there. The streets were clean, the forests were well taken care of, and the beaches were all neat and tidy.

I'm far from a biologist, but I'll at least say that it was refreshing to see a region that was conscious of their environmental footprint or, at the very least, interested in preserving their natural surroundings.

Everywhere I went I got the sense that the Japanese people understood what they had with the Chubu Region in terms of nature, but it had been entirely overlooked by those of us abroad.

Hiking, long walks through the forest, pilgrimages, mountain climbing, scuba diving – you name it, they've got it. 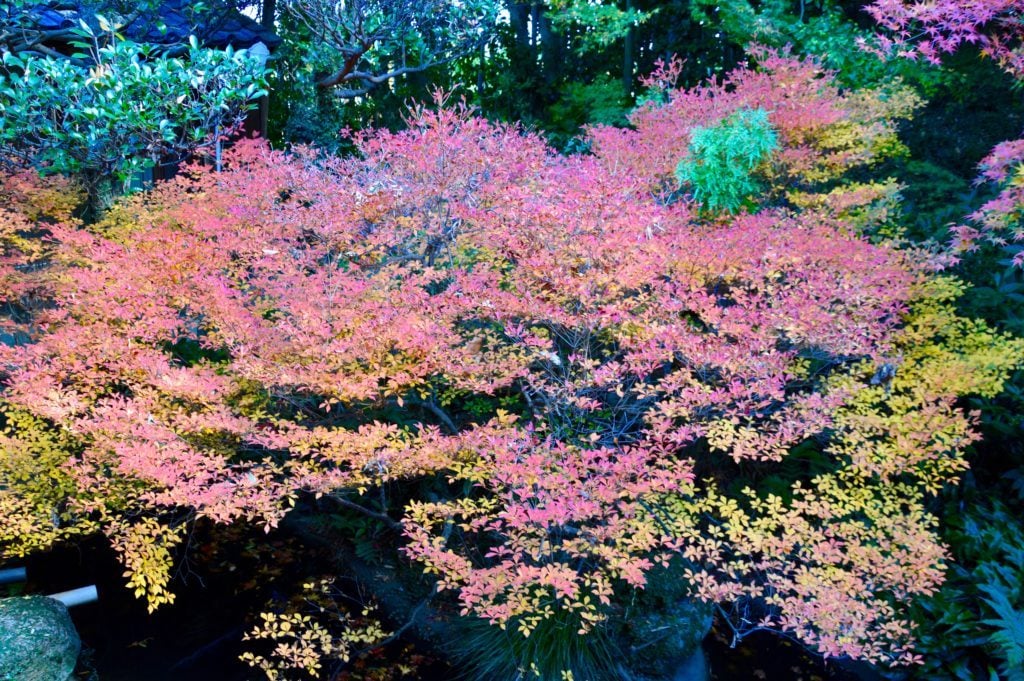 Some of the colors were so deep and vibrant; they hardly seemed real.

2. It's Not Overrun by Tourists

It's simple, the fewer people have heard about a region, the fewer tourists are going to be there.

However, my feeling is that international tourists are going to learn that Japan is more than just Tokyo and Kyoto soon.

I distinctly recall being at the Toyokawa Inari Shrine, and the experience was just so much richer since I didn't have to wade through a pool of tourists.

There were a fair amount of people paying their respects, but I certainly didn't see a tour bus of international tourists pull up. In a sense, that made things a lot more special.

I'm not suggesting that you should drop everything and head to the Chubu Region, which would ironically fill it with international tourists (the very thing I'm saying makes the region special), but I am saying that it should at the very least be on your radar.

It takes a big person to admit their bias, so let me just go ahead and admit that Japanese food is my favorite food on the planet.

That being said, there was something special about the food in this region. They had a range of Japanese delicacies that had tickled my fancy before, but it was the seafood that blew my mind.

There was one meal in particular where I literally ate five different crab dishes, and that was the meal. How great is that?

I also had eel on rice which baffled my senses, and fresh oysters grilled over an open fire.

I had more fish than one should reasonably consume in a week, though being reasonable was never my strong suit.

The real beauty is that eating in Japan really doesn't have to be that expensive to be delicious. 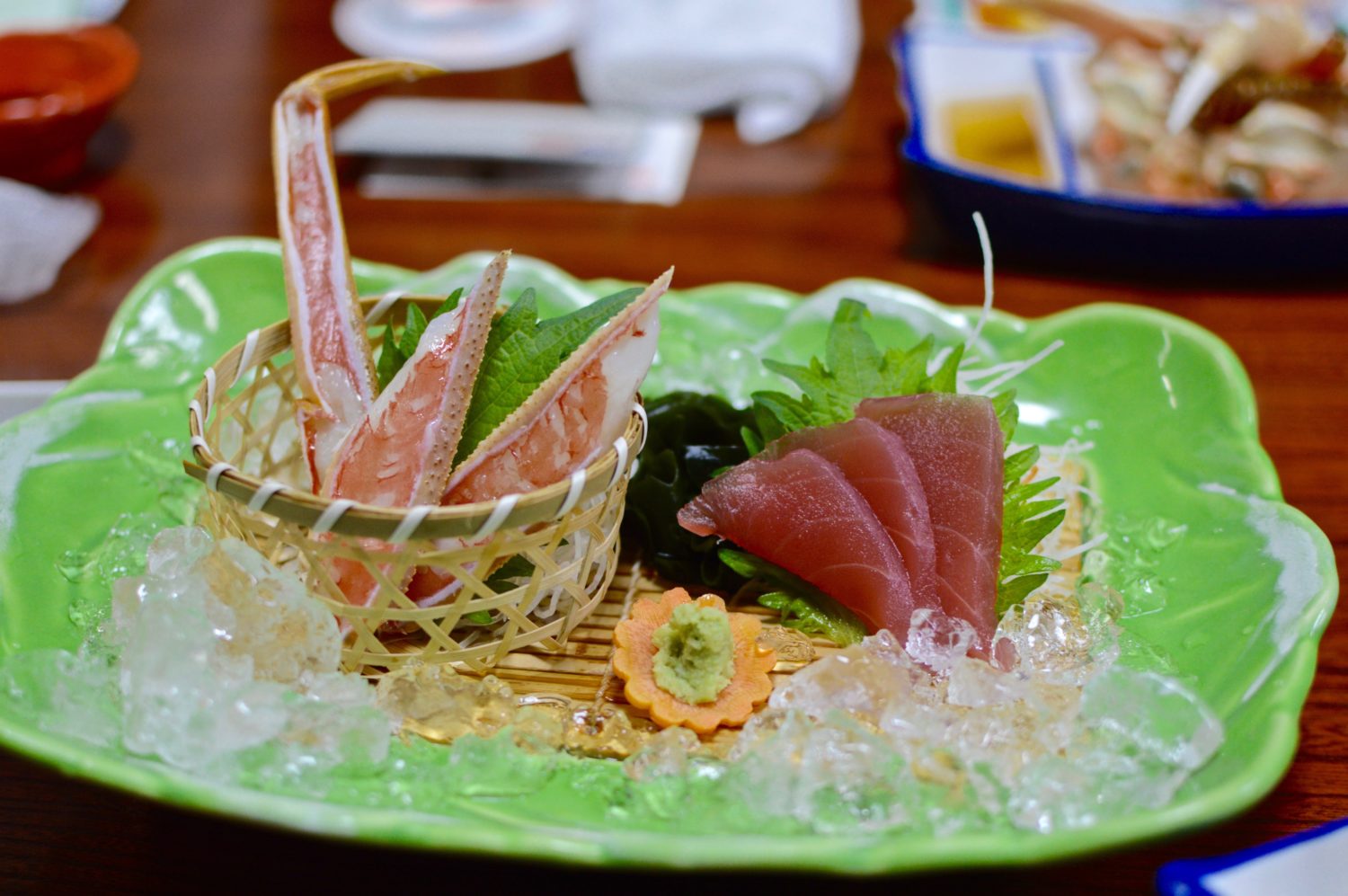 I often compare my dexterity to that of a kindergartener, and as such, I was certifiably impressed with the level of care and coordination I saw in the making of some astonishing handmade products.

There was a Japanese papermaking and dying factory I visited in Mie Prefecture that prepared handmade paper with astonishing detail and design. And, in many ways, that was just the tip of the iceberg.

The place where I went from being impressed to being in awe was the handmade candle shop on a small side street of an even smaller town in Aichi Prefecture.

He sat there all day, in front of boiling vats, creating sheer beauty. 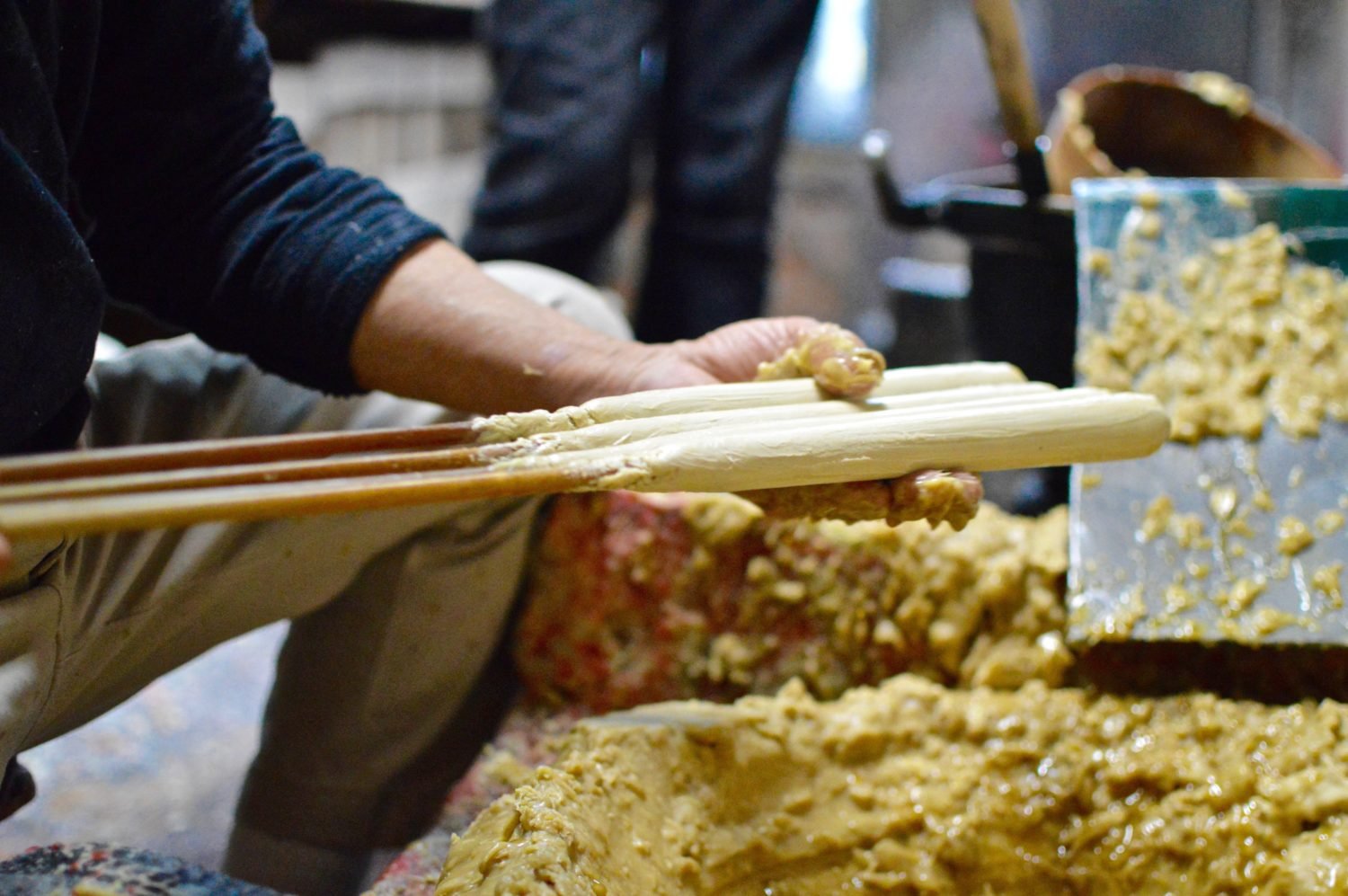 When you visit the most populous or famous cities in a nation, I've found that those places can sometimes emanate a self-important sort of vibe. Now, sometimes, it's well deserved – New York is important, London is important, and so on and so forth.

However, in light of that, I often like to check out cities that are outside of that spectrum. With Nagoya, you've got exactly that.

It's the fourth largest city in the country, and it's growing rapidly, both culturally and from a population perspective.

I met people who wanted to show me the time of my life, just because I came to check it out. I'm not sure you'd find that in Tokyo. 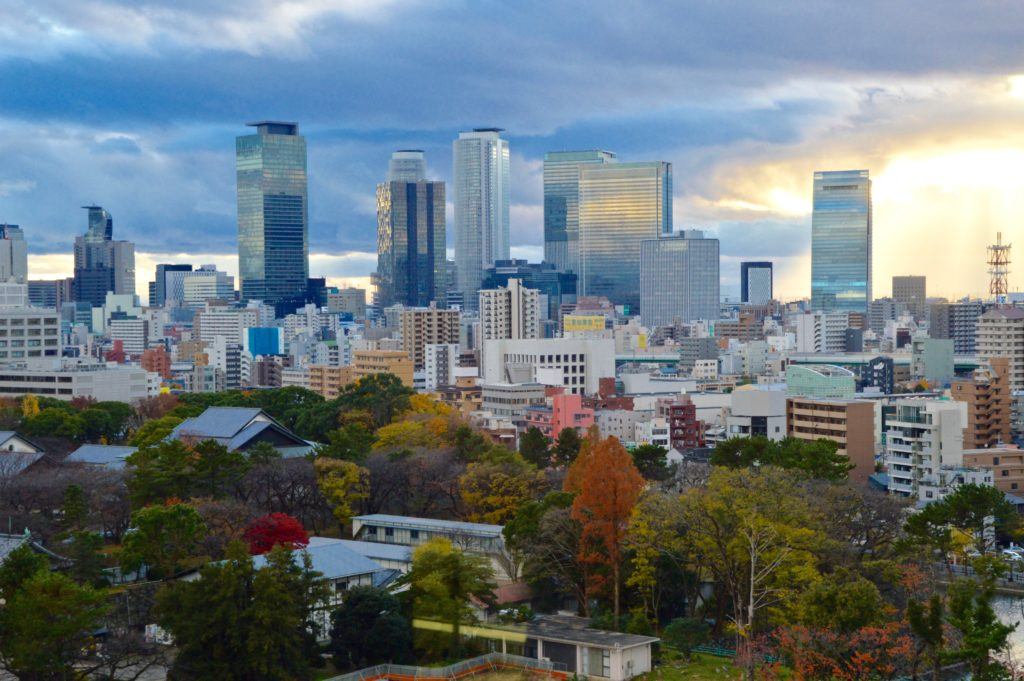 The skyline of Nagoya is one of the finest in the Chubu Region of Japan, in my humble opinion.

The moral of the story is that the places that are most popular are not necessarily the most worth going to.

There's no question that Toyko, Kyoto, and other popular cities are regions are well worth the money to visit, but don't forget about the Chubu Region along the way.

There's plenty to see, and plenty of paths that aren't over-trodden, yet are ready for your arrival.

Agness of a Tuk Tuk

This is the first time I am hearing about the Chubu Region and I've been obviously missing a lot, Christopher! I fell in love with this place thanks to your post. How many days would be enough to see all the highlights of this region?