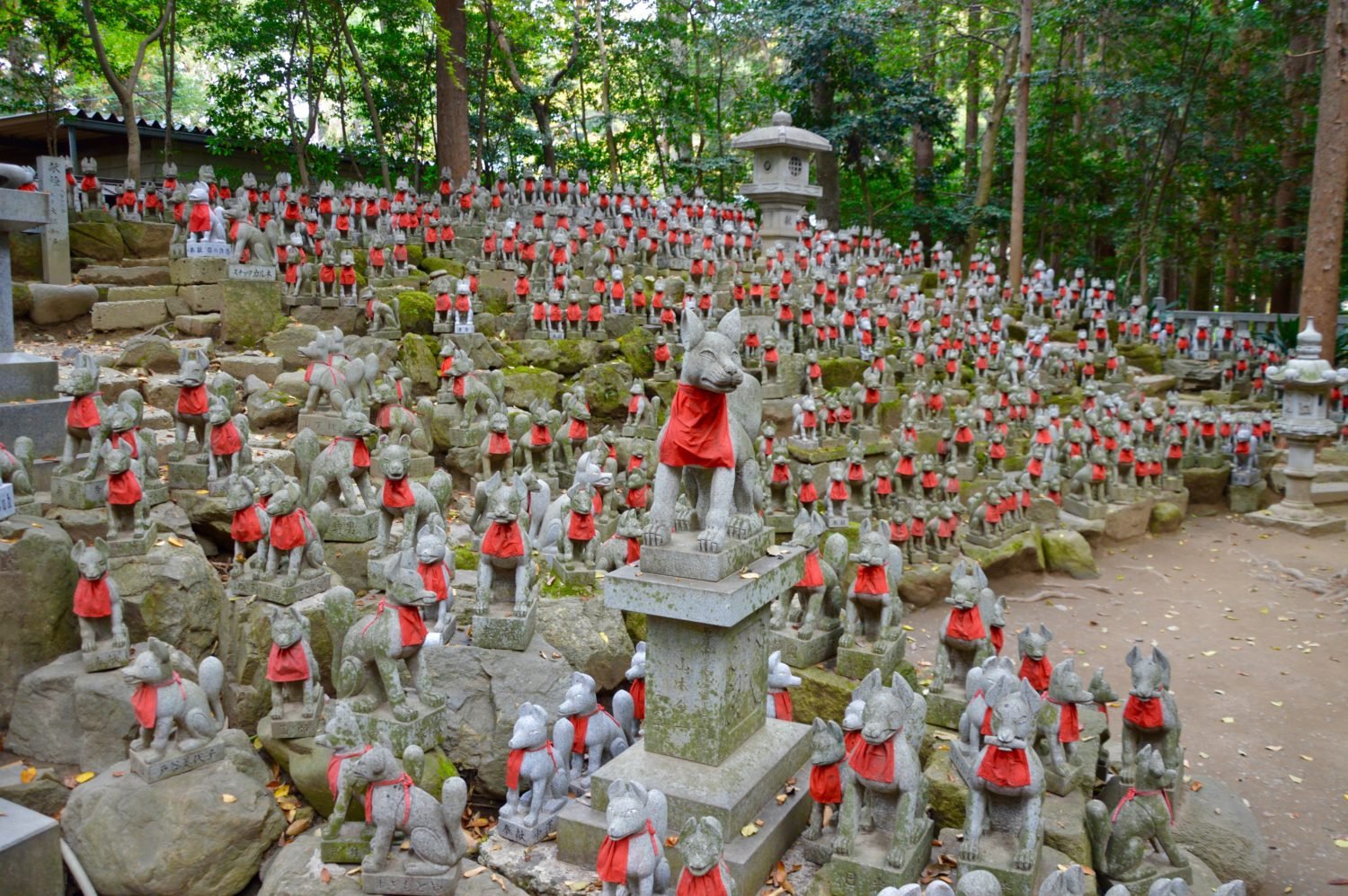 The fox plays a prominent role at the Toyokawa Inari Shrine

When I first stepped foot on the grounds of the Toyokawa Inari Shrine, the local tour guide smiled, looked me in the eye and proudly noted that “you could fit two Tokyo baseball stadiums” within its confines.

However, the actual size of the shrine area wasn't its most notable feature. What was most apparent, almost immediately, was the presence of stone foxes.

On the trip through Central Japan (known as Shoryudo or the Chubu Region) thus far, I'd witnessed striking examples of natural beauty, and visited breathtaking castles, but this was another beast entirely – quite literally.

I've visited Japan on three separate occasions, and visited more shrines and temples than I'm even comfortable estimating, but never had I seen a place like this.

I don't want to in any way generalize, but, historically speaking, the rules for what constituted true aesthetic beauty could be narrow in Japan.

I'd argue that this prevented much experimentation in the construction of Buddhist shrines and temples.

What makes the Toyokawa Inari Shrine unique is the way it evolved to truly become one of a kind, a jewel among Buddhist temples and shrines. 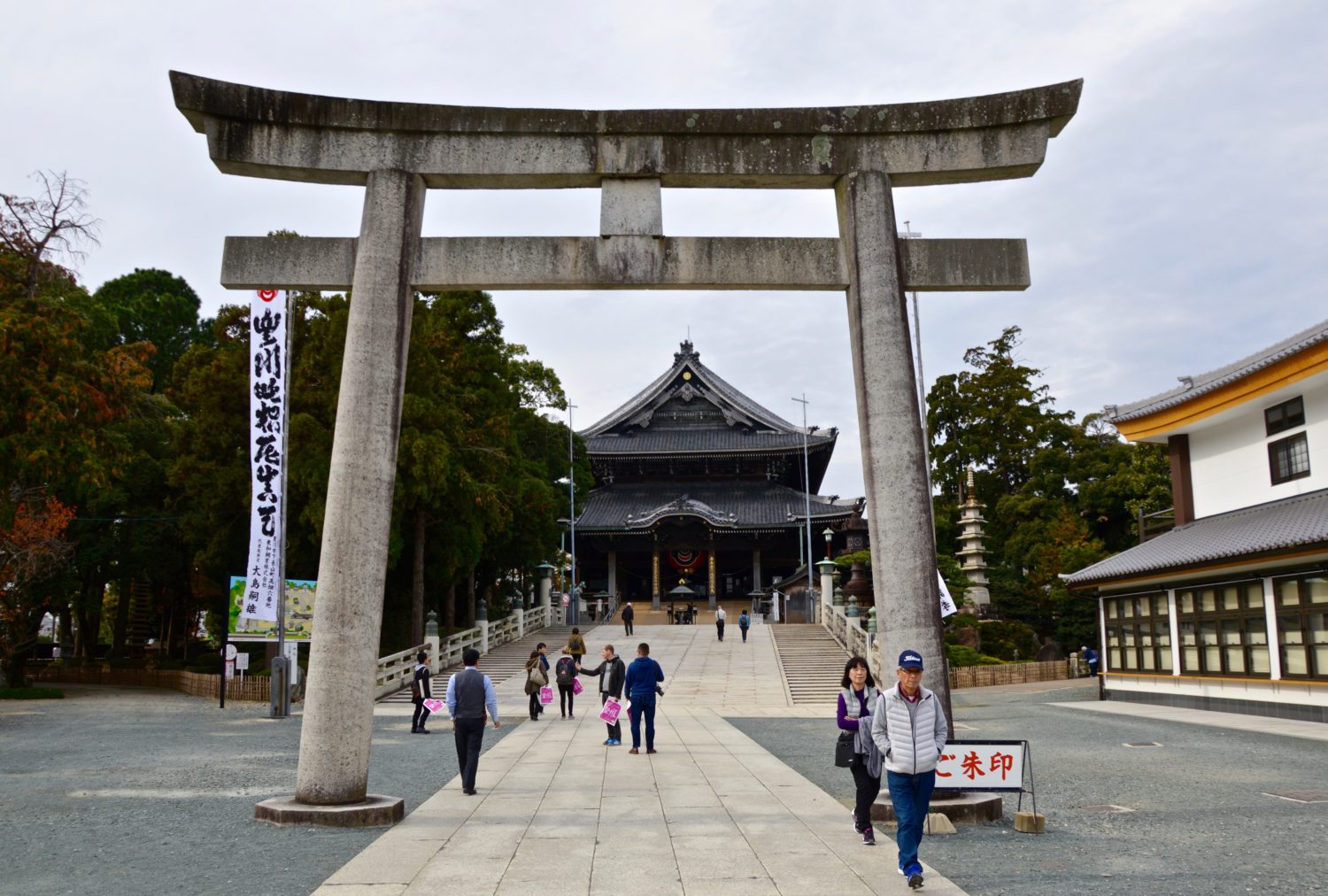 The Toyokawa Inari Shrine is widely considered to be one of the most important in the nation.

The History of the Toyokawa Inari Shrine

Tokai Gieki is the name of the Buddhist priest who founded what would end of becoming one of the three most important Inari shrines in the nation.

For context, a significant number of shrines in Japan are considered Inari shrines, which are, on the most basic level, shrines dedicated to the Shinto god Inari Okami.

This god's spirit form (or kami) is said to be that of the fox, which is how we came to see the thousands of foxes begin to take their place on the premises.

Like many significant places of worship in Japan, the boundaries between Buddhism and Shintoism are very blurred.

In fact, I've spoken personally to many Japanese people of many generations, and most that I've talked to don't see a reason for there to be a great distinction.

Their attitude is very much that Shintoism and Buddhism meld together harmoniously, and that both feed into a holistic approach that reaps the benefits of the rich, spiritual life.

Many of the buildings we see today have been rebuilt at one time or another, but there are still structures in the complex that are original, and dating back to the middle of the 16th century. 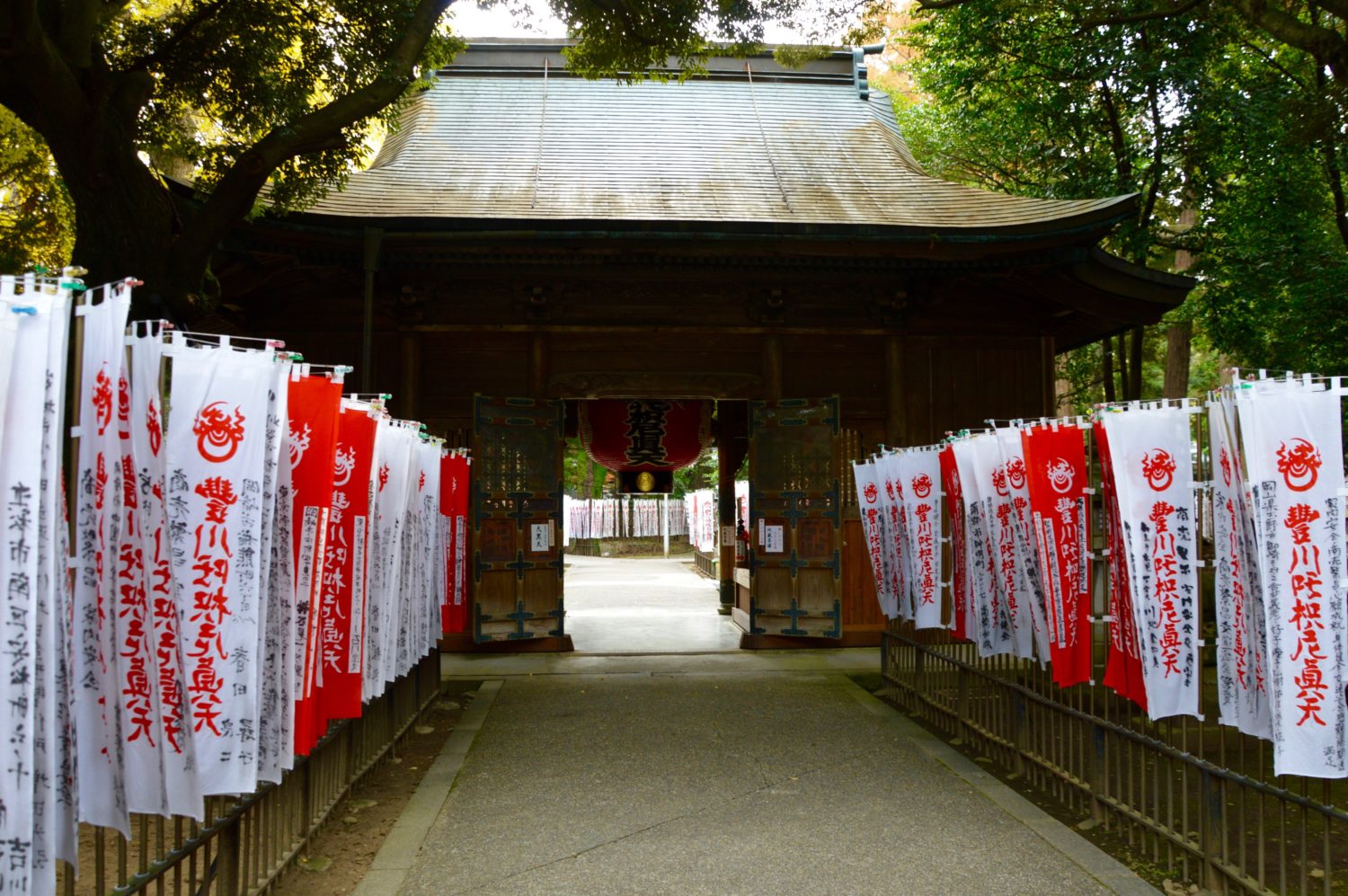 There's much to explore at the Toyokawa Inari Shrine

Diving Deeper into the Tradition of the Toyokawa Inari Shrine

This shrine, in particular, is noted for its “success rate” in prayers answered.

There are tales going back to ancient times of Japanese warriors who came to Toyokawa Inari, prayed for victory, and were graced with decisive battles.

That being said, generally speaking, the god Inari is actually much more famous for being a god who listens closely to prayers on success, mainly for business. That makes this shrine one of the most popular around for the New Year.

If you're on a strict budget (or very strict budget) it may be worth popping by, just to see if you just might change your luck and be able to extend your trip!

Tourists aside, though, Japanese come by regularly to pray for fertility, a boost for their company or enterprise, or a particularly good harvest for their respective agricultural interests.

I'm not overstating how important this is either – some six million people visit each year. 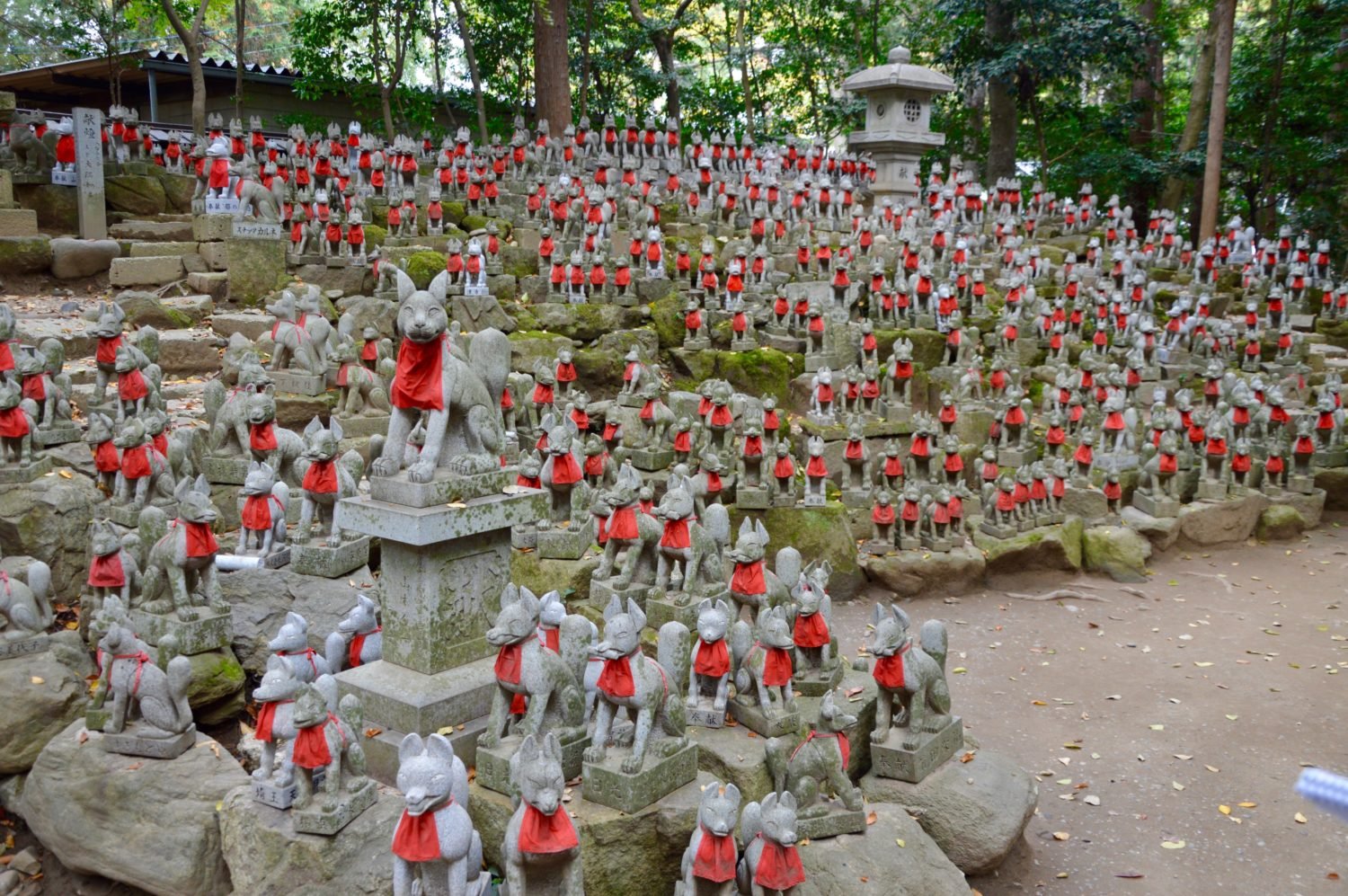 The Hill of Foxes (Reiko-Zuka) is truly something to behold.

The Hill of Foxes (Reiko-Zuka)  at the Toyokawa Inari Shrine

This area, to me, is by far the most intriguing, and really what makes it worth the visit from a photographer's perspective.

You must be thinking, as I was – where did all these foxes come from?

The answer that I got from the guide was one that I wasn't necessarily expecting, but one that allowed me to appreciate the Toyokawa Inari Shrine even more. It also explains why some are brand new, and some nearly have a layer of moss.

I mentioned before that this shrine is famous for people coming to pray here, largely for worldly success. Well, if someone comes here to pray, and their prayers are answered, it's customary to buy a fox and place it here.

When you look at this “Hill of Foxes” at Toyokawa Inari from that lens, this place becomes even more special. What you're looking at is the tangible evidence of dreams come true. 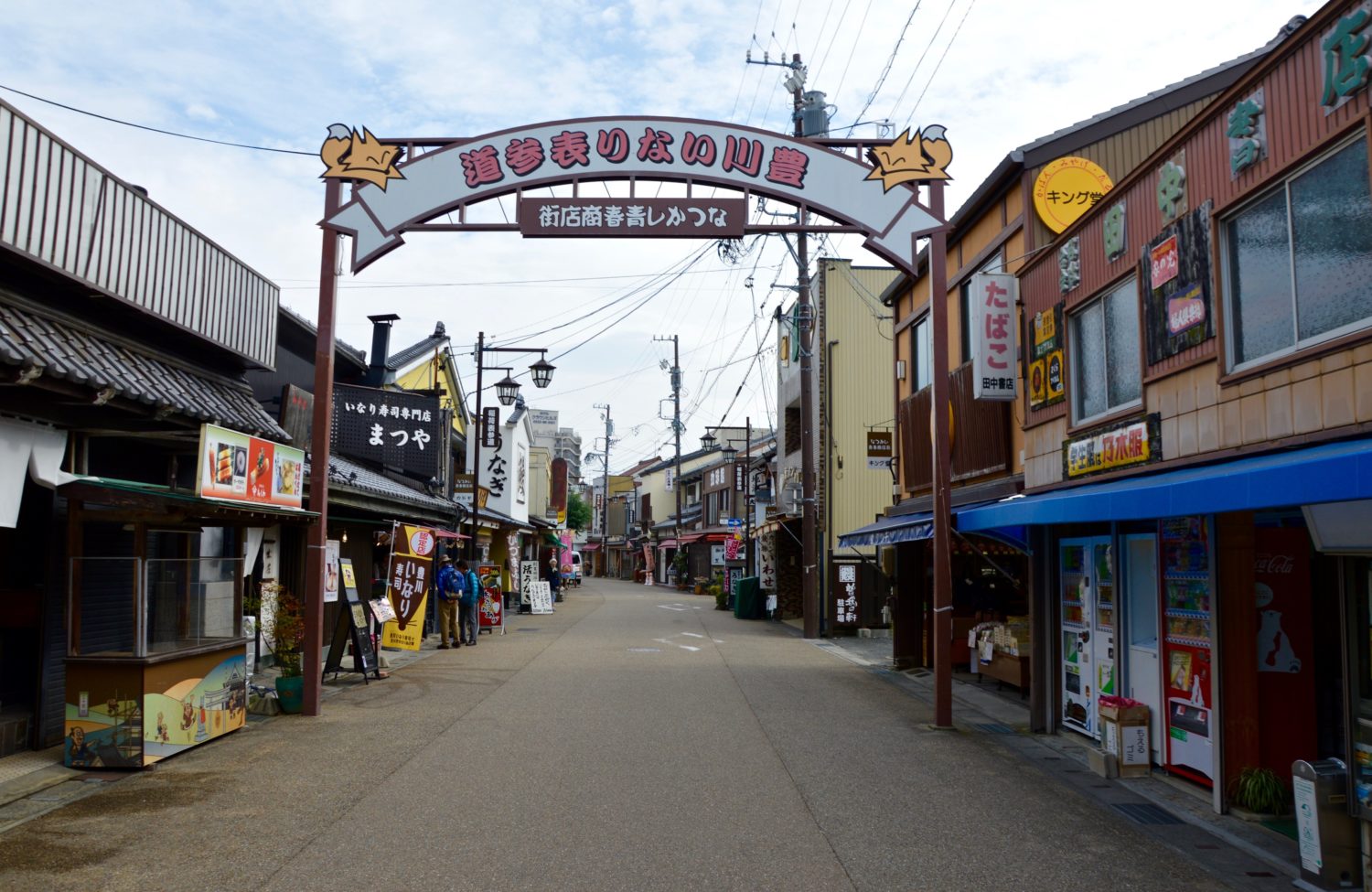 Right across from Toyokawa Inari, there's a great local neighborhood for food and shopping.

What You Need to Know about Toyokawa Inari

This trip to Toyokawa Inari doesn't have to be expensive in the slightest, which is how any visit to a Buddhist or Shinto shrine should be.

The entrance is completely free (though you may want to have a few coins to serve as an offering).

To get to Toyokawa Inari, simply go to Meitetsu Toyokawa-Inari Station, and it's less than a five-minute walk.

This shrine is located in the city of Toyokawa, which is technically in the gorgeous Aichi Prefecture.

My number one recommendation would be to schedule time to go across the street to the local vendors. There you'll find stellar food, and some fox/Inari related souvenirs that are worth sticking in your luggage, and not too pricey.

The whole point of visiting the Chubu Region is to change things up a bit as far as your traditional trips to Japan which may just include cities like Tokyo and Kyoto.

So head to the Toyokawa Inari Shrine, but don't forget to have a particular request in mind when heading there. Who knows, you may just end up adding a fox or two to the shrine yourself.

I've always wanted to visit Japan, it strikes me as a place with such a rich cultural heritage that, unlike many places in eastern Asia, is proud of its ancestry. This temple is a perfect example.

You're right on the money, Marta!