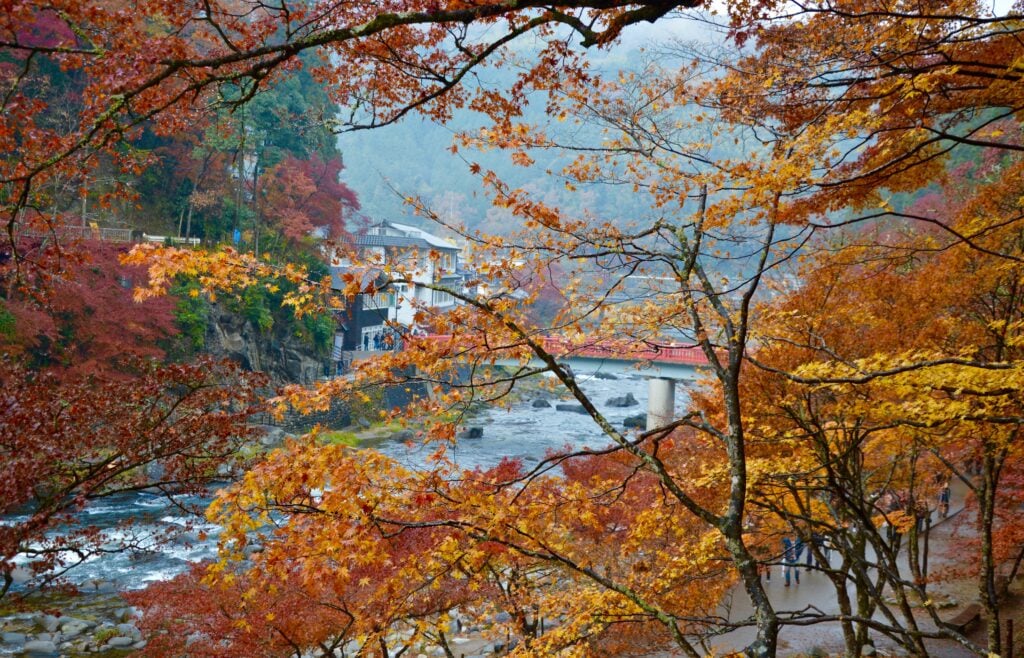 The Town of Asuke in Japan's Chubu Region

When you mention aloud that you're heading to Japan, people's' minds instantly shift to visualizing the neon flashing lights of Tokyo, or perhaps the orange “torii gates” of Kyoto, but I can't imagine many people rush to think about little Asuke, and, by proxy, autumn in Japan.

That's not altogether surprising when considering that Asuke is a town that finds itself humbly sitting in the Aichi Prefecture, well off the beaten trail for many tourists internationally, but coveted and adored domestically.

Japan boasts a population of some 127 million, and less than 10,000 of said number live in Asuke.

This makes Asuke the ideal place to escape the often crowded cities and find a sanctuary from fast-paced, tech-savvy modern Japan.

Beyond that, this is one of the quintessential towns to truly take in autumn in Japan. If you're in Japan in November (or even late October or early December), then Asuke is a must-see.

To put this in perspective, the town's population is less than 10,000, and it's home to over 4,000 robust Japanese maples.

You can imagine what sort effect it has when you've got nearly half as many of these astounding trees as people. 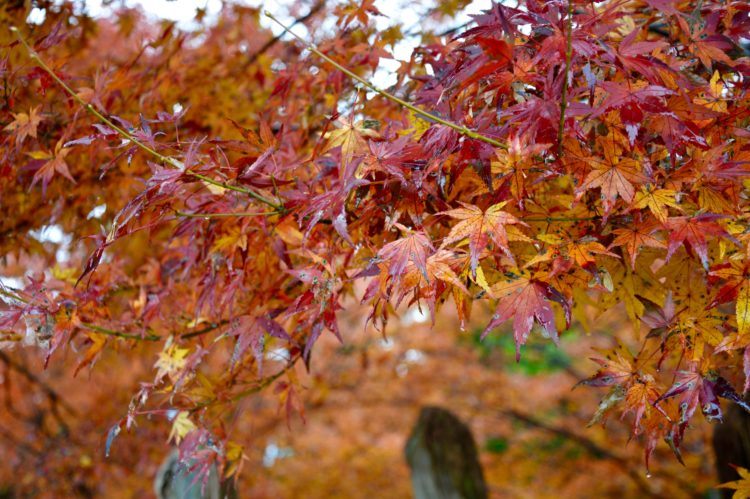 How to Get to Asuke, Japan

As with any country, it always makes sense to try to visit a place in a way that fits your budget, whether that be extremely strict, or just generally conscious of allowing your money to go as far as it can.

First, before you get too deep into the planning process, it's worth noting that researching Asuke may not get you as far as researching Korankei.

Korankei, also known colloquially as Korankei Gorge, is the area in which you can find Asuke and the Taigetsukyo Bridge which is widely considered to be the quintessential autumn view, though there certainly are other views which rival it.

The first step is to find your way to either Toyota or Nagoya as these are the two closest cities nearby. Nagoya is likely your safest bet.

One thing to note about Nagoya is that Japan is in the midst of a tourism push for its fourth largest city.

As such, a slew of direct flights are being launched between Nagoya and a handful of American cities.

It's worth your time to check your preferred method of finding cheap flights, as flying into Nagoya could be less expensive than flying into Tokyo, Kyoto, or other Japanese cities.

If you happen to be renting a car, the drive should be an hour or less.

However, the standard route which would be easy and affordable would be to take the subway to Akaike, which is on the Tsurumai Line.

You'll then aim for the Meitetsu Toyota Line, and get off at Josui.

Finally, get the Toyota-city bus to the stop “Toyota Welfare Hospital – Asuke.” 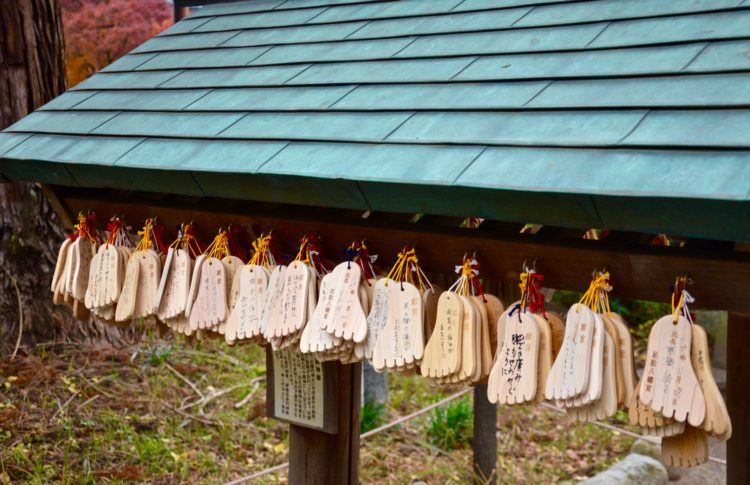 Asuke, historically speaking, was a place that people would stop on their travels to pray for further safe passage.

Indeed, there's a festival on the third weekend of March where people pray for strong legs for travel or a pilgrimage they are going to set out on.

Asuke was a common ancient stop between Nagoya and Okazaki as well as Nagoya and Nagano.

The area has been known for hundreds and hundreds of years as a place to stop to appreciate autumn in Japan, so it's not surprising that those with tired legs would choose to rest here for a moment over other towns in the area.

The story goes that the head priest of the local temple began planting Japanese maples along the water in the early 17th century, and the locals adored them so much, they started planting their own.

Asuke isn't all history though, they've got fantastic, cheap street food on offer that could satisfy any palate. 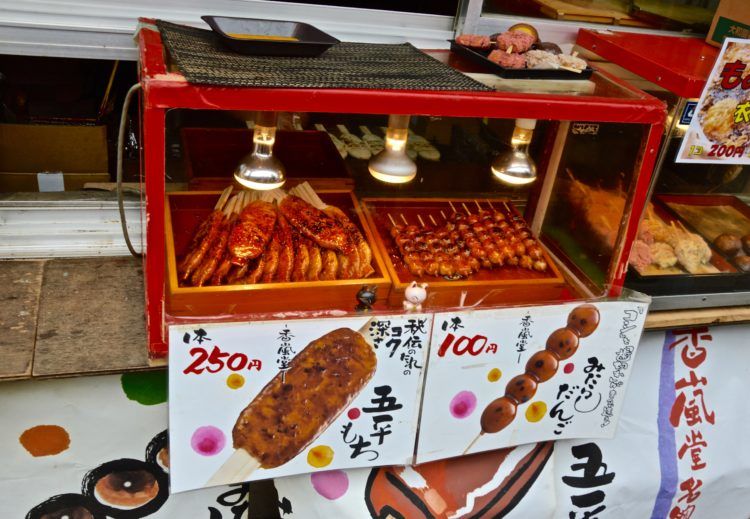 The Views from Asuke Castle

Wandering around the town of Asuke and the surrounding forest is an opportunity to be cherished. But, to get the full effect of fall in Japan, it's essential to get an aerial perspective.

To do this, head towards Asuke Castle, which is a short walk up the hill, and well worth the walk.

It only boasts about 100 visitors a day, so you'll have plenty of space to get photographs clear of people, something not easily done in Japan.

Asuke Castle is excellent because it's not a monolithic reconstruction like other Japanese castles.

It's wooden, simple, and pragmatic with a functional design that's easy to appreciate from the outposts to the stronghold. 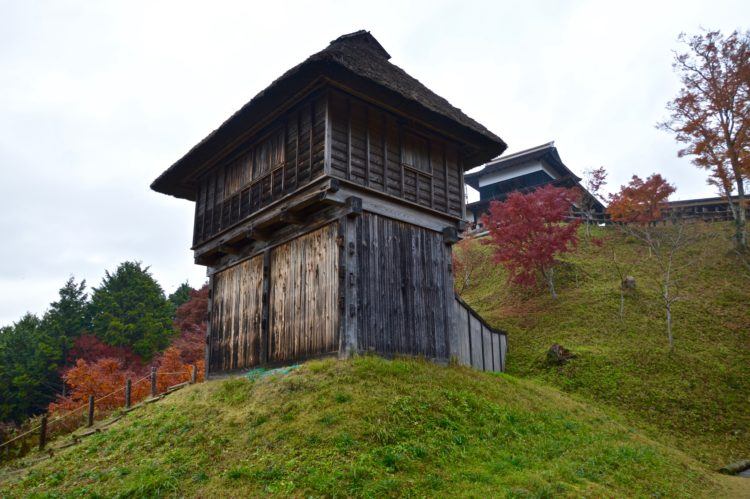 The castle itself is intriguing, but there's no question that the real prize is the ability the thousands of Japanese maples.

Again, I'd recommend, if possible, to visit this area of Japan in November or near to November to take in the full breadth of the view.

High up above the town, you'll see the reason so many people in Japan come from far and wide to witness what this region has to offer, but you'll be undoubtedly curious about why this isn't more well-known to the world.

As I arrived at the top, I took my camera off my shoulder and began to set up for the shot. I looked up and was just taken aback.

I put my camera back into my bag, took a deep breath, and gazed through the mist over the trees. 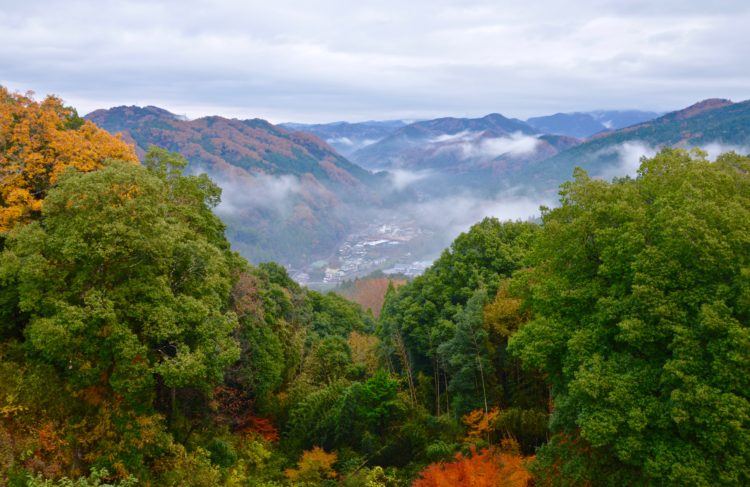 The views from Asuke Castle are unforgettable in Autumn

It seemed futile to scramble for a photo without first truly recognizing what it was that I was photographing.

I took another breath, got the camera back out and snapped the shot that I wanted for myself, but also to show the world that visiting Asuke isn't a side-trip or a forgotten note on a trip between cities, it is a trip unto itself, and one that may be more memorable than anything else you do.

I loved Asuke and I think it's definitely worth a short day trip for the refreshing view of the landscape :)