A couple of years back, after a long backpacking trip, I decided that it was time for me to lay down some roots for a little while.

And I knew exactly where I wanted to base myself – the city that I felt most connected to in ten months of traveling, Mexico City.

So often, people tell me that they are scared about visiting DF (short for Distrito Federal and what everybody in Mexico calls Mexico City) – that they are worried about the crime levels and finding a place for themselves in such a huge city.

But so much of what people know about Mexico City (and Mexico in general, actually) is an extremely one-sided report from news stories that just don’t take into account how cool Mexico City is.

Here are five reasons why I think Mexico City might just be the coolest city in the world.

1. It has an incredible arts culture

But, like, actually one of the best arts scenes in the world, in my opinion.

Of course, there are many well-known Mexican artists from the past and you can see their artworks up close and in person on a trip to Mexico.

A visit to Frida Kahlo’s house should be a priority for any art lover in the city, and looking at the incredible frescos from her husband, Diego Rivera, on the walls of Bellas Artes will make your jaw drop to the floor.

But DF also has an impressive contemporary arts culture.

The Soumaya Museum was constructed by the world’s richest man, Carlos Slim Helu, to house his own impressive private art collection.

There are few people who visit Mexico City and don’t get totally blown away by the street food culture.

It is impressive to the say the least with more variety than you would expect – DF serves up way more than tacos (although those are delicious too).

Pozole is a bowl of pork and hominy stew that can be found on many of DF’s streets and shouldn’t be missed.

You might also be able to find chicken or mushroom versions, but pork is the standard. And you can eat it with red, green, or white sauce, depending on your taste.

And although DF comes to life at night, be sure to walk the streets in the morning for tamales served within a crunchy bread roll – a filling and delicious way to begin the day. 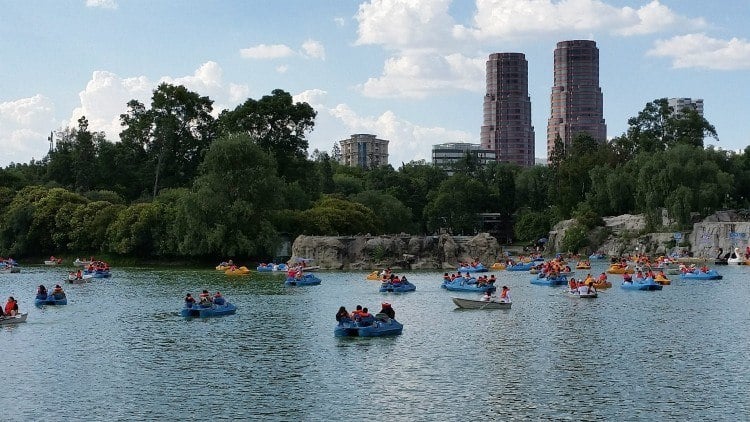 3. Chapultepec Park – the park that has it all

When I was living in Mexico City, I was really lucky to be just on the edge of the incredible Chapultepec Park, which is one of the largest parks in the Western Hemisphere at 1,695 acres.

It’s possible to walk around the park for days and never get bored. It features a beautiful lake with boats that you can rent, the Museum of Anthropology (which, in my opinion, is one of the most impressive museums in the world), a theme park, a castle, and of course, ample green space for walking, jogging, picnicking, and relaxing.

If you are a night owl and you love to party, Mexico City is the place for you.

One really cool thing about the city is that it feels like a series of villages that are situated next to each other, and each has its own culture.

This means that if you want to party with an LGBT crowd and shimmy to some Mexican pop music, you’ll have an incredible time in La Zona Rosa.

If you want to find a trendy party populated by art students and people who work in media, head to La Condesa.

Or, if swanky drinks at a cocktail bar are more your style, you’ll feel totally at home in Polanco.

And you had better develop a taste for tequila, mezcal, and pulque because those are the local drinks you should be trying on a night out in DF! 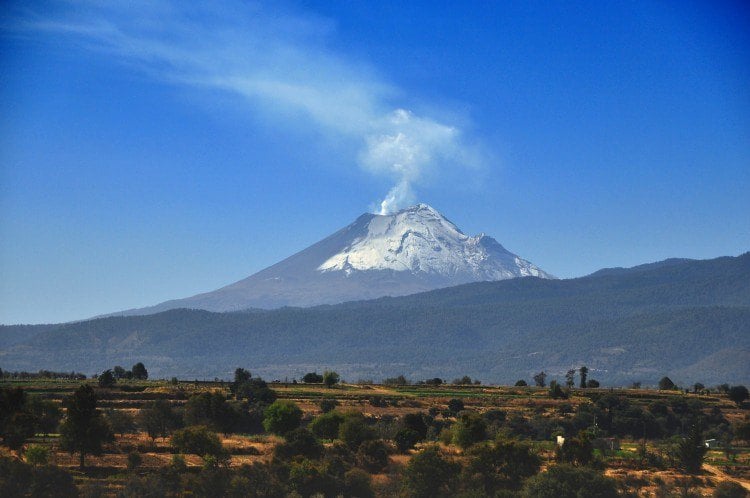 For one of the largest cities in the world, Mexico City is in a very precarious place.

It gets hit by earthquakes regularly, it’s built on top of the water, and it’s surrounded by active volcanoes!

But for when you need a bit of a breather and an escape from city life, being surrounded by such incredible nature becomes a really wonderful thing.

On my weekends in DF, I would head just outside of the city, climb a huge volcano, and reach snow.