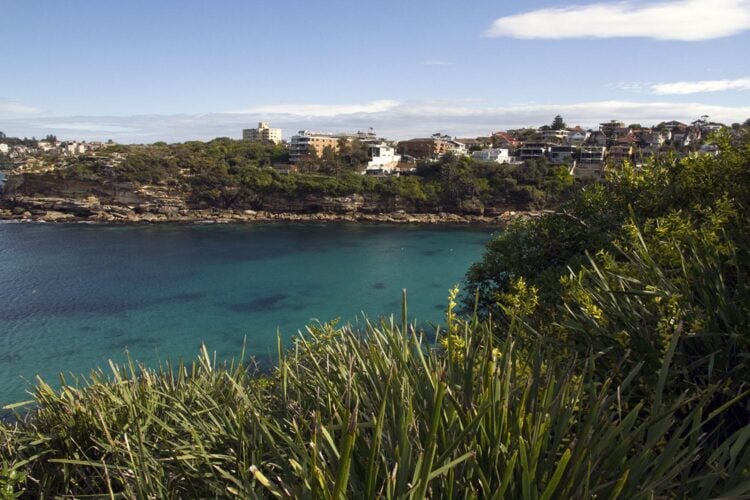 Gordon's Bay in Sydney… I feel homesick when I think about this beach!

Moving overseas is an adventure that I would recommend to anyone and everyone.

Since I moved overseas, I've grown as a person and discovered more about the world than I could ever have previously anticipated.

That said, it's also the hardest thing I've ever done. There are many downsides of expat life, which don't always get mentioned.

I'd equally recommend anyone who is thinking of spending a decent amount of time abroad, to approach it with great trepidation, for the following reasons.

Homesickness is a funny thing, as it tends to hit you when you least expect it.

I was terribly homesick when I first moved to the UK and everything set me off.

The weather, seeing dogs in the street, pictures of my friends at the beach on Instagram… even hearing the theme song of the popular Australian soap Home and Away.

There's nothing you can really do to combat it, either. Just try to keep busy and distract yourself.

It gets easier over time, but it never truly goes away.

People Will Forget About You

It's all rainbows and puppy dogs when you first move overseas. People say they miss you. They email you. They send you letters. They call you.

However over time, the contact becomes less and less. Emails go unanswered and your phone can remain silent for days on end.

It's easy to forget that life in your native country is going to continue on, with or without you. We're all wrapped up in our own lives and for some, it's simply a case of “out of sight, out of mind.”

It hurts, there's no doubt about that. However, it will teach you who your real friends are. The people who take the time out of their days to email you, send you Christmas cards or birthday presents, set aside time to Skype or even visit you, are truly your forever friends – the ones you know will always be around, no matter what.

Cherish them and make sure you do the same in return!

These are the friendships that can truly go the distance. When you reunite, it will be as if no time has gone by. 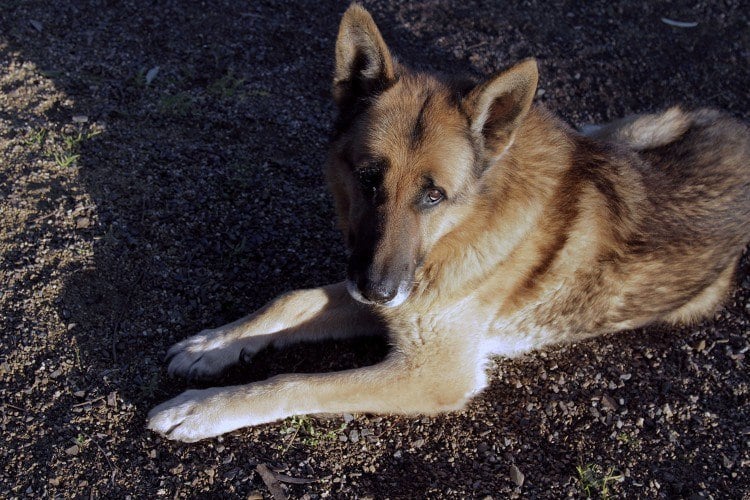 (Wo)man's best friend – they can't Skype, but you'll know they miss you.

You Won't Be Able to Avoid Culture Shock

It can be quite strange to live in countries with cultures similar to your own. An Australian in the United Kingdom. A Canadian in the States. An American in New Zealand.

Australian culture bears many similarities to that of the English. We're skilled in art of self-deprecation, are equally as crazy about cricket and share a particular enthusiasm for the excessive consumption of alcoholic beverages.

So, I often get lulled into a false sense of security. England feels a lot like home, in more ways than one.

Then, someone will do or say something that will completely spin me out. Or I'll unknowingly say something considered obnoxious and immediately alienate everyone in the room.

It's an immediate jolt back to reality and can sometimes act as a trigger point for our old friend, homesickness.

You'll Miss Key Events and it Will Bother You

If you're lucky, you may be able to time visits back home with some of these events. However you won't be able to attend everything. You'll disappoint people and feel like you're missing out.

My advice? Stay off social media on the days you know something big is happening. You'll feel better for it.

There's a lot to be said about living in the moment. If you're not fully content in the life you're living in your own country… who is to say you're going to be any happier in another?

I spent many years in my hometown of Sydney, day-dreaming about what my life would be like when I moved abroad. Needless to say – I had pretty high expectations when I finally made the move to London.

It ended up being a much harder process than I had initially thought. I had to find a new job, a house, a gym, make new friends and get my bearings in a new city. These were things that I already had at home and had completely taken for granted.

It can take anywhere between six months to a year to settle into life a new country and during that time, you're going to continually question why you ever left home.

Stick it out. It's worth it, I can assure you of that. 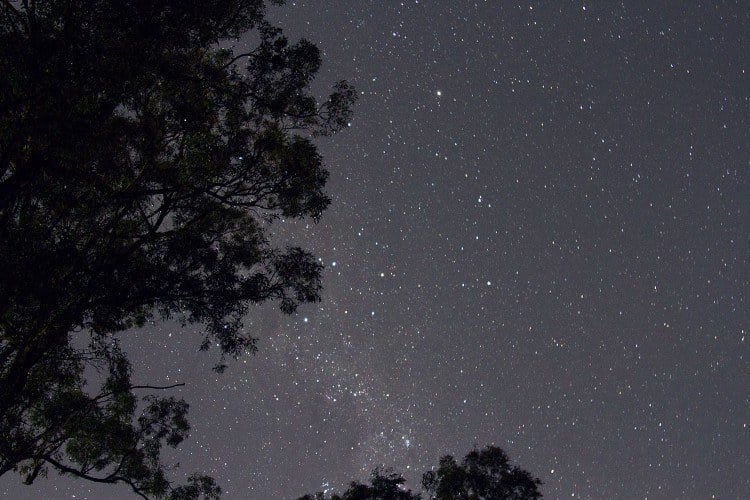 Another downside of expat life is not being able to see the stars from London!

You May Never Want to Return Home

You may not want to stay in your current city forever, but that doesn't necessarily mean you'll want to go home. Instead you'll spend hours looking at maps and researching places on the internets.

You'll be plagued by the same questions, again and again. Where can you go next? Will you be able to find work there? Which part of the city will you live in?

The biggest problem with expat life, is that it becomes addictive. You're continually doing new activities, meeting different people, traveling to the most interesting places.

Once you've had a taste of life overseas, you may never want to return home.

There are many downsides to expat life, but it's worth riding them out. Life is not constant – it is a series of peaks and troughs.

The better you weather the bad, the more rewarding the good times will be.

Many thanks for your 'gobackpacking' blog about life as an expatriate. I enjoyed your comments and sense of humor in several articles. I also read with interest your blog about Doha, Qatar, including Tips for Expats in the Middle East.

Although I did miss my extended family, the benefits of life internationally were always on the 'Plus Side'. No matter where in the world I was living, I was able to return home on international flights within 24 hours, if necessary.

My family always said "YES" to each opportunity as expats and have lived in many different locations, worldwide, We could be winging our way to a new country within 4-6 weeks after selling our home and cars. I realize that my children consider themselves "Third Culture Kids' having grown up overseas and experiencing the different cultures in Asia, The Middle East, Africa, Latin America and the Caribbean.

Although packing & unpacking household goods can be tiring, the 'Plus SIde' is that I am often invited as a guest speaker for community groups, universities and currently enjoy teaching undergraduate course in Global Health. My I have your permission to share some of your comments (with referenced credit to LC Haughey) and links to your blog site? Thanks!

Many thanks for your warm comments in return! That's a helluva upbringing you're giving your kids - I'm a little bit jealous hearing about it!

The constant moving is exhausting, but there are plenty of benefits to the expat way of life. Please feel free to link to this post and thanks in advance for the credit.

Hi there, I can definitely relate as an American in France (for 4 years). The people disappearing one is especially true and I found out real quick what friendships were ones of convenience (lived nearby, worked together, etc.) and which ones were long-lasting and more meaningful. I can count the friends I speak to regularly on one hand. Great post!

Thank you Diane! It's such a painful thing to go through at the time, but the friends you end up with on the other end are such quality people it's kind of worth it. My Dad is always saying if you've got enough friends to count on one hand, you're a lucky person indeed.

I think nothing bothers me as much as the fact that I have missed on so many important events. It irks me like crazy to see fun family photographs and friends reunion parties and not see myself in those pictures. But I also have to say that I have lived some of the best years of my life during my expat life.

I know! It kills every time. I don't actually have a personal Facebook account anymore, which has really helped with the whole FOMO issue. A little bit drastic for some, however!

I see. Just to let you know, I like to try what an expat life can be. Since I want to start traveling, I know I'd be experiencing these things. But I think experience really is the best teacher. And I also think this traveling will spice up my kind of living. I'm going to take risks. Soon. I will be traveling to many places. Yayy! Thanks for this blog post! :)

No problem Jeff! There are two sides to all experiences in life after all. I know I'll never regret moving overseas. All the best to you!

Totally agree! I spent two years with a break in the middle overseas and it really taught me who my real friends were. Sad to let some go, but it's part of growing up, getting older. Made the friends who did keep in touch even closer, and more appreciated!

Definitely - I appreciate the friends who I have kept in touch with more than ever and every reunion is an utmost joy!