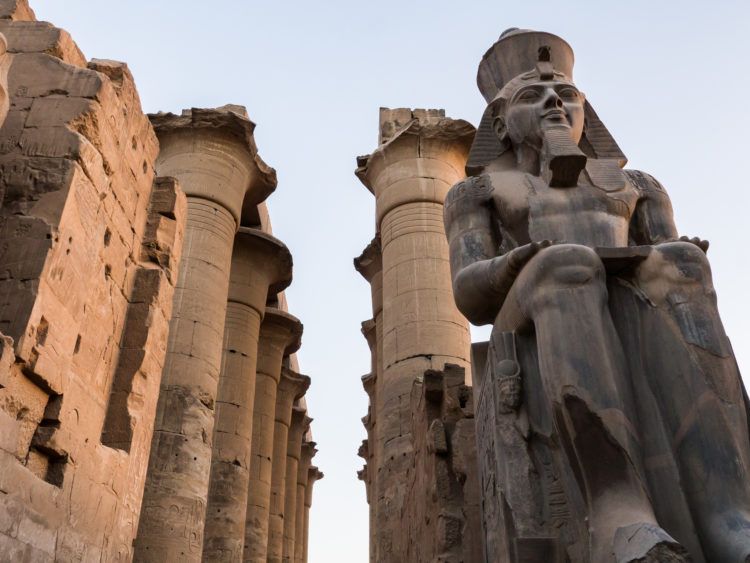 You’ll never forget the incomparable feeling of cruising down one of the world’s most famous rivers— a river that has been essential to Egypt’s agricultural and economic wellbeing since ancient times.

As you travel between Luxor and Aswan, you’ll pass a dizzying array of temples, tombs, and monuments.

Here are a few of the highlights from a traditional Nile cruise, plus a few tips for your tours in Egypt.

This stunning temple complex is far more than just one temple: it comprises temples, chapels, and colossal statues spread out over multiple precincts.

Construction began under Pharaoh Senruset I, who ruled from 1971 until 1926 BC during the Middle Kingdom, and continued for centuries under the pharaohs of the New Kingdom and Ptolemaic rule (305-30 BC).

As you walk through this complex, take your time to marvel at the endless columns, statues, carvings, and friezes, which bear witness to over 1,500 years of history.

2. The Valley of the Kings

Don’t be fooled by its unassuming appearance from the outside: this valley is one of the world’s most magnificent archaeological sites!

Numerous underground chambers contain the tombs of pharaohs, cut out from rock between the 16th and 11th centuries BC.

Tutankhamun is the most famous pharaoh to be buried here, but since his artifacts have been removed to the Egyptian Museum in Cairo, the other tombs are even more splendid.

This beautiful mortuary temple was constructed for Hatshepsut, who plays an unusual role in Ancient Egyptian history as a female pharaoh. The temple’s layered architecture makes a striking visual statement.

The interior at one time contained lavish decorations, sculpture, and relief paintings, but many of these items have been looted or damaged over time.

Nevertheless, this distinctive temple and its pharaoh are famous icons of Ancient Egypt and are well worth a visit.

If you want a sense of how vast this ancient landscape (including the nearby Valley of the Kings) is, consider taking a hot air balloon tour out of Luxor. 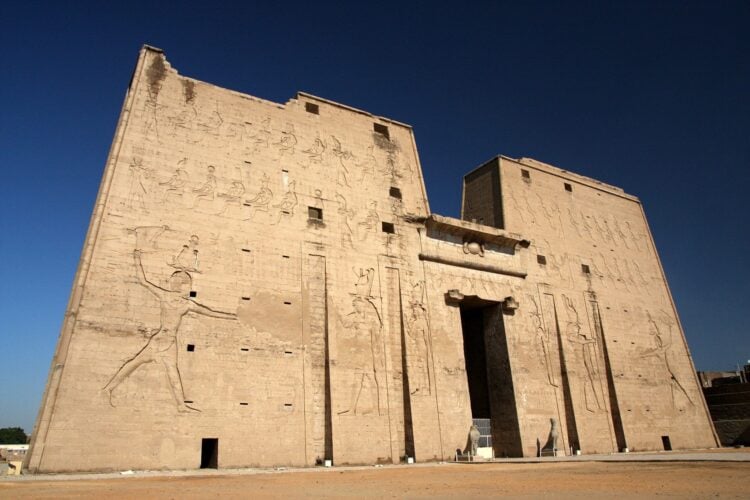 This temple to the falcon god Horus is a real crowd-pleaser thanks to its size and level of preservation. It features a number of inscriptions, carvings, and decorated columns.

Built during the Ptolemaic Dynasty (3rd-1st century BC), this temple represents a blend of Egyptian, Greek, and Roman cultural influences and reflects the general wealth and prosperity enjoyed under the Ptolemaic rule.

Built during the 1960s, this dam is a remarkable feat of modern engineering.

For millennia, people living along the banks of the Nile have relied on its regular cycles of flooding. Yet sometimes the river proved unpredictable—high water levels could overwhelm crops, while low water levels caused drought.

This dam was built to take control of the Nile, ensuring favorable levels of flooding and allowing water to be stored for future use.

Construction of the dam, however, displaced thousands of people who lived in areas that became flooded by Lake Nasser.

Due to its sheer size and impact, the High Dam is worth a stop on your itinerary. 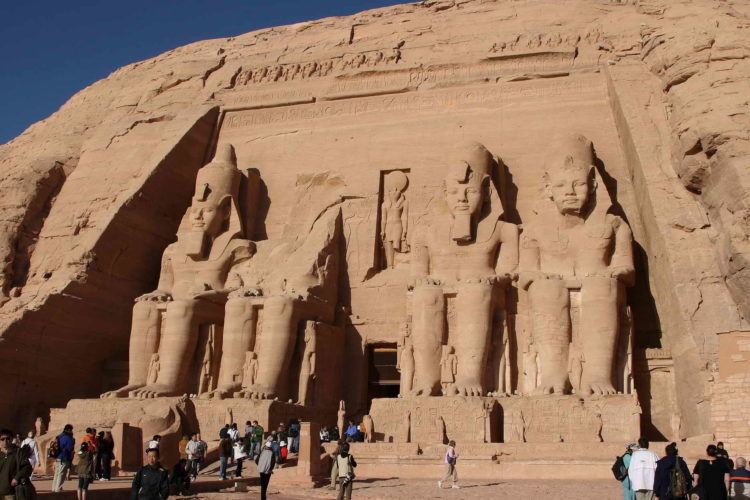 These colossal temples were painstakingly chiseled out of the mountains under the rule of Pharaoh Ramesses II during the 13th century BC. The two structures honor Ramesses and his queen Nefertari.

During the 1960s—when the Aswan High Dam was under construction—these temples were dismantled and relocated so they would not be damaged by flooding.

Another Ptolemaic-era temple, this one is distinctive because of its double purpose and structure. Its northern half is dedicated to Haroeris, or Horus the Elder, while its southern half celebrates the crocodile god Sobek.

Fascinated by crocodiles? You’re in luck. You can also visit the nearby Crocodile Museum which displays some of the mummified crocodiles found in the area.

In both Luxor and Aswan, you’ll find delightful markets where you can stock up on local fruits, savor the aroma of spices, browse for clothing, and find countless souvenirs and handicrafts.

Whether you’re on the hunt for perfume or paprika, baskets or bracelets, you’re likely to find it if you look hard enough. 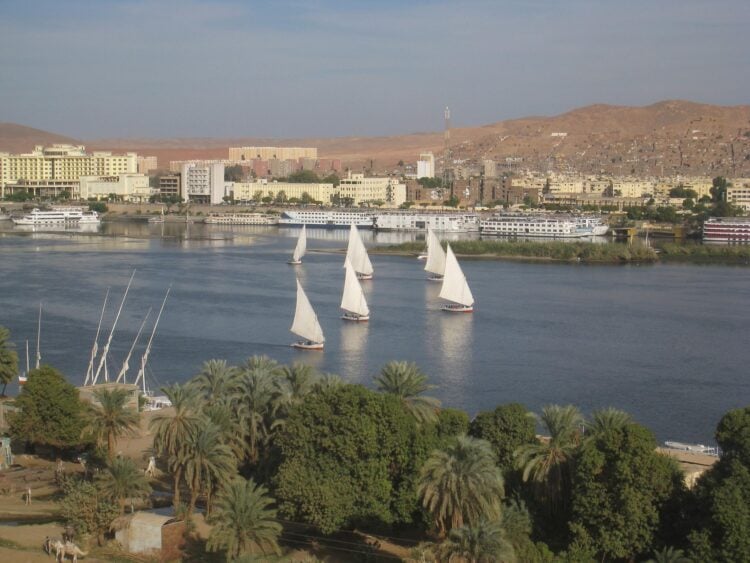 Your large cruise ship may be luxurious, but why not try out a traditional felucca too?

These small wooden boats, a classic form of Nile transportation, are propelled either by oars or by the wind.

A smaller vessel will get you closer to the water and let you truly feel the breeze as you glide along the Nile.

And now, some tips for having the best Nile cruise possible.

When should you book your Nile cruise?

Most people prefer going between November and February when the weather is best. The low season runs from June to August, when scorching temperatures deter all but the most intrepid.

Do some research before you book your trip so you know what kind of temperatures to expect.

In summer especially, pack plenty of lightweight clothes that wick away moisture (plus a hat, sunglasses, and lots of sunscreen).

Dressing modestly will help shield your skin from the sun, and it may be required when visiting temples and other religious sites.

How long will a cruise take?

Most cruises travel between Luxor and Aswan, which takes three to four days. Longer cruises of about a week go to Dendera and Abydos, then follow the usual route.

Enjoy your ship and take advantage of all its amenities. Many ships are fitted with swimming pools, spas, and comfortable cabins where you can relax after a long day in the sun.

This story was provided by and brought to you in partnership with Memphis Tours.

Hello I like you article as you select very interesting destination and adventure to write about, The best thing i like about your article that you use only few lines and talented photo to tell us more about things to do and place to visit in Luxor and Aswan in Egypt and really this adventure is one that deserve to be discovered as the cruise is your hotel and Nile river will be your hotel view and every day morning you will have historical trip to discover ancient Egyptian historical secrets and night will be a time of relaxation with Nile view. Thanks for your useful tips, cannot wait to publish your next blog