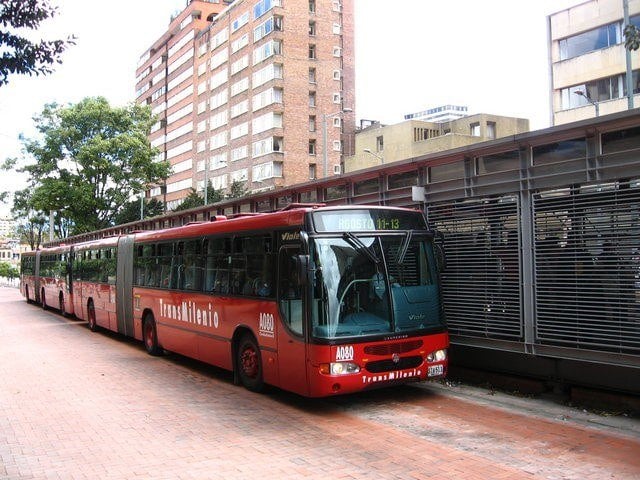 The Transmilenio in Bogotá

This amenity ranks near the top of my list for ranking a city, an amenity found in the city I live in today and the two before that.

What I've been surprised to learn is how great it is in some of South America's more modern cities, because, well, even many U.S. cities that could use it don't have it.

But is Bogotá one of the top five public transportation systems in South America? I have traveled extensively throughout the continent and feel I can make a fair hypothesis on the topic.

Here's what I need:

I don't care about cleanliness or crowding because I've dealt with crowding so often in New York and Washington, D.C., including a dirty Subway in the Big Apple.

I care about safety, but I've seen police so often at the public transportation systems on this list, I don't think much about it, other than protecting myself against pickpockets, something I do everywhere.

And the cost isn't really a factor either, because it's almost the same at all of them, usually somewhere around $1.25, give or take 50 to 75 cents, prices cheaper than the D.C. Metro or New York Subway and cheaper than a taxi in any of the cities these systems serve.

In the words of four-time Super Bowl-winning coach Bill Belichick, we're on to the list! 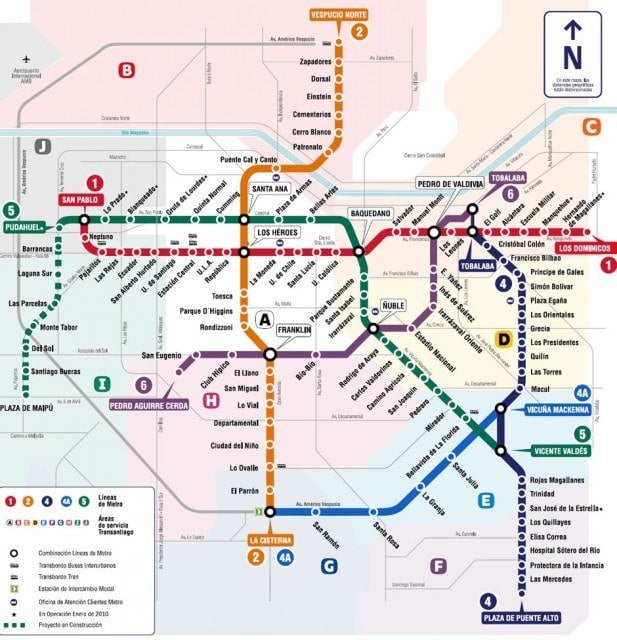 Santiago might be one of the dullest big cities I've ever visited, but when it comes to public transportation, it has no equals.

The first Subterraneo line opened in 1975 and today the system is extensive and modern, a primarily underground maze of trains that serves more than 6 million people, and it works great. I used it often when I was there.

As I said earlier, I don't care about cleanliness as a factor for these rankings, but I am impressed when I see it, and the Subterraneo in Santiago has it.

It's quite the contrast from what you see above ground, where a layer of smog gives the city a hazy carapace of pollution. 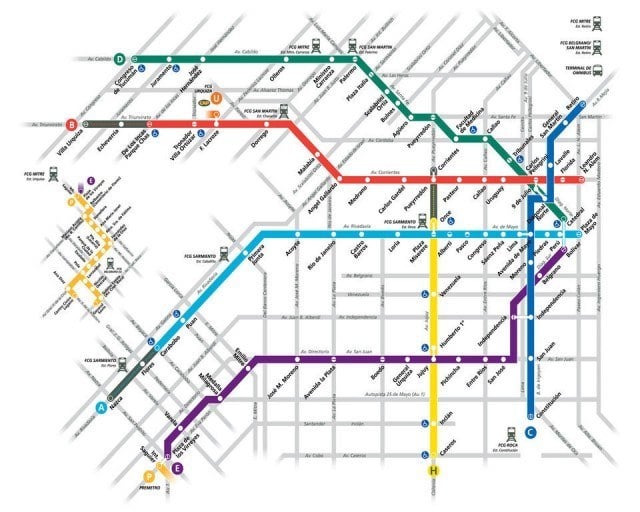 This is a close second.

The Subterraneo in Buenos Aires has everything Santiago does except modern train cars. But I still enjoyed using the system.

Its first section opened just over a hundred years ago, in 1913, and today it covers quite a bit of the Buenos Aires area, which is home to almost 13 million people.

Riding the Subte, as it is often called, felt like using the New York Subway: it's old and dirty but gets you where you need to go.

You just need to learn the map. For me, using the Buenos Aires Subte was easier than crossing Avenida 9 de Julio, the 14-lane thoroughfare — 18, if you count the two-lane access roads flanking each side of the avenue — that is the widest in the world. 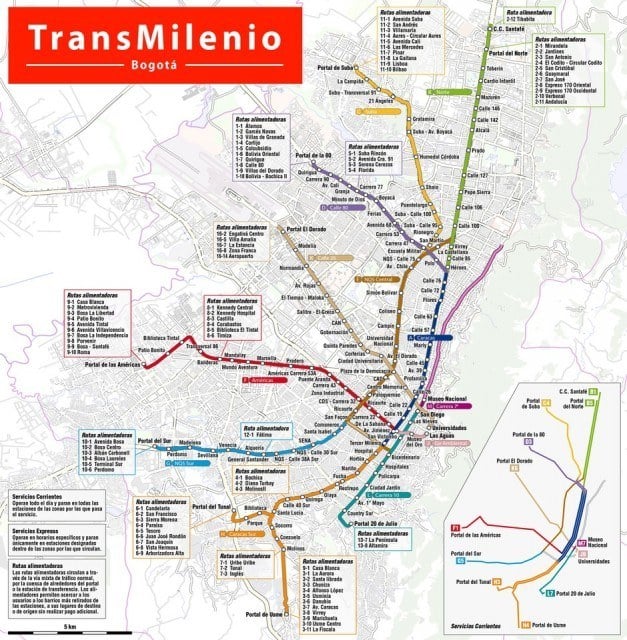 I'm going to catch hell for this from some readers when they get to No. 4. But I'll worry about defending it in the next section.

Here I'll tell you why I like the Transmilenio.

First of all, it's extensive. It covers a broad area of Bogotá, where a cacophony of car horns blare in the streets because this metro area of more than 10 million people tests everyone's patience.

Second, it's relatively modern. The Transmilenio is a series of rapid transit buses, most of which have their lanes, so they don't have to fight through the same traffic that provokes so many drivers to hit their steering wheels.

Only the Septima line runs with the other vehicles on the road, but that's fine. It's worth the sacrifice to ride to the Usaquen, Bogotá's prettiest neighborhood. 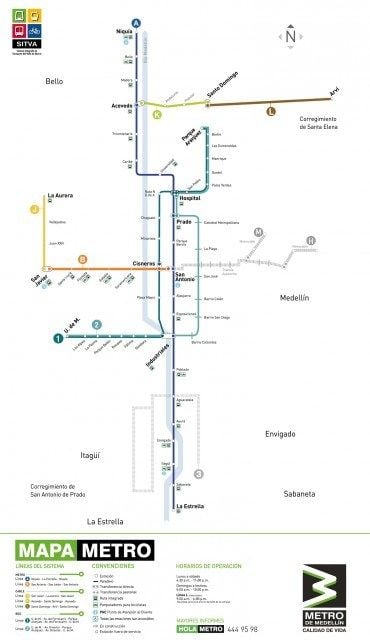 For the pro-Metro readers who are aghast now over its ranking below the Transmilenio, let me explain.

I'll start with the good stuff. I love how modern the system is, with its above-ground trains, rapid transit buses, cable cars, and soon, a tram east of downtown. All of that is great.

It's a lot cleaner than the Transmilenio as well. But remember, I don't care about cleanliness.

I just need to get to as many places as possible without a car, and the Transmilenio covers a lot more ground than the Medellín Metro system.

Maybe someday, as Medellín grows, and more additions are completed in the system, I can move this up.

Yes, I'm taking Recife over Rio de Janeiro for the same reason I picked the Transmilenio over the Medellín Metro: extension.

The Recife system is nothing special, but it seems to serve more people than the system in Rio, where the system is basically one line — albeit a very long line — but I can't imagine one line is enough for a metropolitan area of more than 12.5 million people.

In Recife, there are three lines: one that runs north-south, two that run east-west, one of them that veers off to the intercity bus terminal.

I'll admit, I have yet to go to Rio, but I've talked to friends who are from there or who have been there, and it just doesn't serve as big an area as it should.

At least the folks in Rio can say one thing: they're better off than São Paulo.

I'm glad you made this post. The public transportation systems in my open in SA are better than most places in the USA.

I could be slightly mistaken, but I don't think line six for Santiago metro runs anymore, I have seen them working on a line 3 however (which might be line six in disguise). As it stands right now, that line is not open. I know it's not really relevant to the topic of the blog post, but just in case someone came here by chance to look at the map for directions. Interesting post though :)