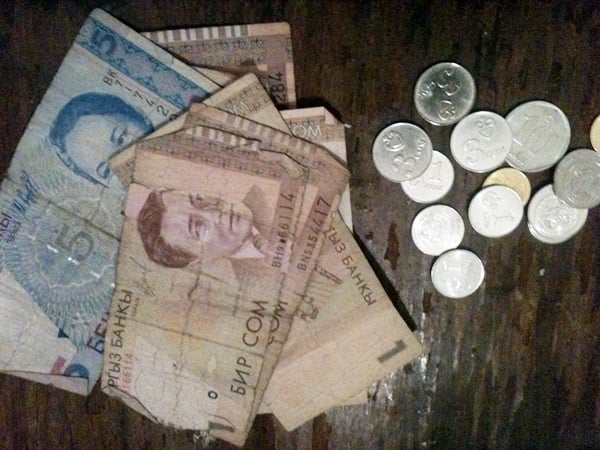 Travel is cheap in Kyrgyzstan

Ever dream of wandering through Kyrgyzstan, eating laghman noodles for dinner and drinking kumiz with the nomadic locals while sleeping in a yurt?

Most people haven't. Actually, the predominant response I get when I mention to anyone that I have spent time in the country is the fact that they have never even heard of it (if they don't ask, “Isn't that where Borat is from?” first).

For me, however, after spending a summer there in 2008, returning for a month in 2011, and planning another return in 2012, I can tell you that Kyrgyzstan — a small country composed of 94% mountains and tucked away in the middle of Central Asia — is a travel destination that the world will soon start to recognize.

Why? I'm so glad you asked:

In other words: Kyrgyzstan is a budget-friendly destination, so you won't find yourself taking out extravagant amounts of money for your travels.

I will say that the price of travel in this country has increased over the past three years, but I still found my 4 weeks this past November to be a complete bargain — once you get there of course.

Flights can be the real downer when it comes to price. Your best bet is to add the trip onto a larger journey, or stay put in Kyrgyzstan for as long as possible to get the most bang for your buck. 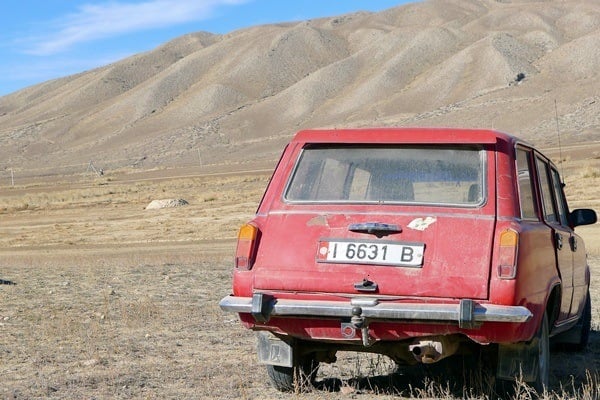 The fun about visiting Kyrgyzstan would be the feeling of stepping into the unknown.

Unlike places like Australia and Thailand that have been heavily traveled and heavily documented in travel magazines and travel blogs, there is still the feeling of visiting a place that has been fairly untouched by the Western world. 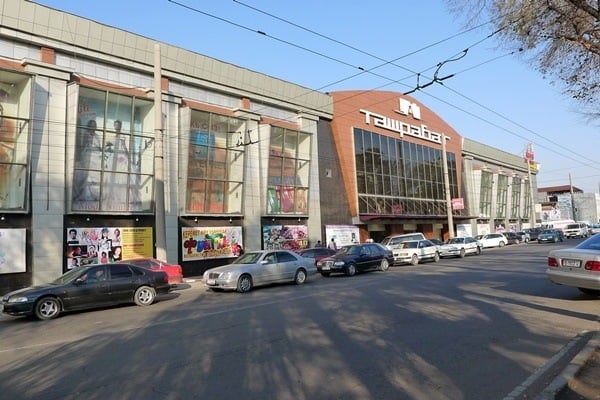 3. See History in the Making

While in the shadow of the Soviet Union, Kyrgyzstan was pretty much a mystery to the rest of the world, and since the Soviet Union's fall, it has continued to remain that way until more recent years.

Just in the time since my first visit to the country in 2008, I have seen changes in the capital city of Bishkek.

The city has been modernizing at a rapid rate while the cost of living and standard of living has increased.

In addition, the politics is especially interesting as they have had some riots in the past, ousting a long-term leader and are now adjusting to a newly elected leader. 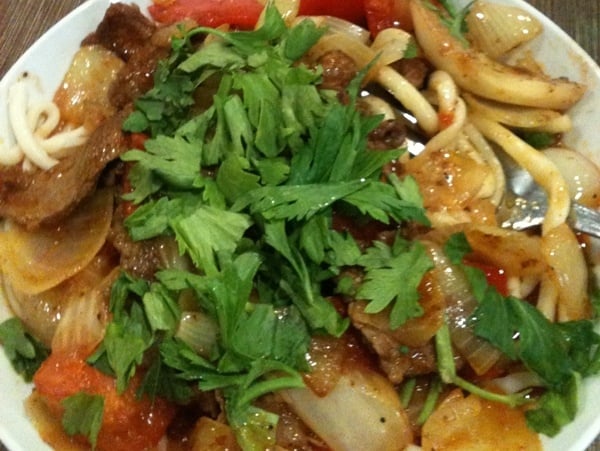 4. Enjoy a Mouth-Watering Mix of Food

As someone who would classify herself as a picky eater, I find the food in Kyrgyzstan to be a delightful mix.

With influences from Russia, Turkey and Asia, you can choose just about any style of food to please the taste buds.

Choose from Korean BBQ, Kyrgyz laghman, Turkish pide or Russian borscht when heading out to dinner in Bishkek. 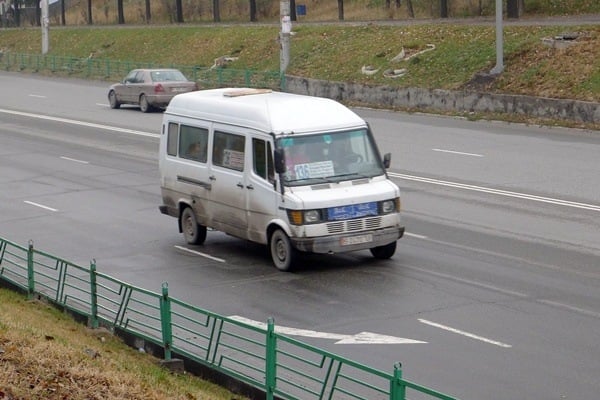 After entering, get around with ease using a marshrutka

The citizens of several countries of the Western world can get a month-long visa to Kyrgyzstan on arrival at the Manas International Airport — without any letter of invitation.

Considering the hoops many have to jump through to go to Uzbekistan, Turkmenistan and even Kazakhstan, this ease of entry makes visiting Kyrgyzstan much more appealing.

In fact, many people choose to enter Kyrgyzstan and hang around for a bit as they get their other Central Asian visas in order. 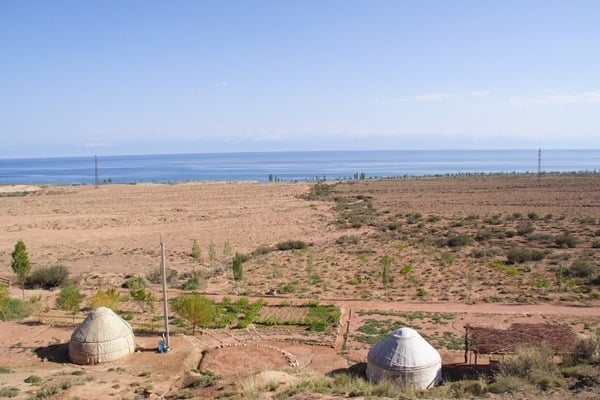 Sleep in a yurt on Lake Issyk-Kul

6. Spend the Night in a Yurt

Like Mongolia, the Kyrgyz people are originally a nomadic bunch, wandering from place to place, herding sheep and living in a yurt (like a ger).

For an authentic experience, you can spend a night (or nights) sleeping in a yurt in the Kyrgyz countryside.

CBT (Community Based Tourism) is a company that can help set up your stays and get your meals sorted when doing so.

I highly recommend a yurt stay, especially since you'll have access to some of the best night sky views while in the country. 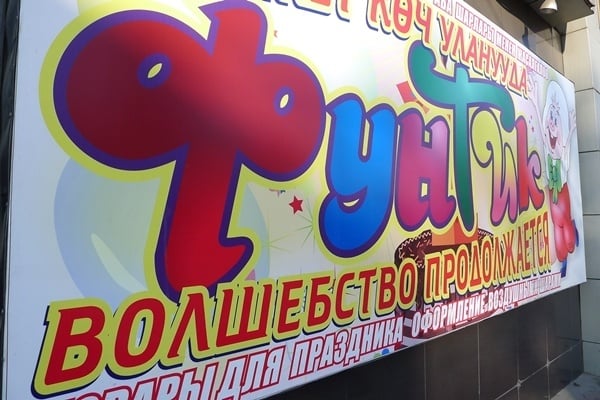 7. Learn Russian for Cheap in Bishkek

I have partaken in Russian language lessons twice in Kyrgyzstan for two main reasons: 1) I want to learn Russian, and 2) it is dirt cheap.

Kyrgyzstan is a bilingual country, officially speaking both Russian and Kyrgyz (although many of the village-residing Kyrgyz will solely speak Kyrgyz).

At my go-to language school in Bishkek, you can get one-on-one Russian language lessons at around $4 per hour. [gbicon]

Now I don't know about you, but I am definitely wishing I were back in Kyrgyzstan right about now!

Kyrgyzstan probably not at the top of your travel bucket list, but it should be. Last summer, several friends and I went in together on the trip of a lifetime.

I have been in Kyrgyzstan in last month. Thnx very nice country. i met a lot of friends. Thnx for Maksat(cargo@fastway.kg) (cargo agent in Kyrgyzstan). He is really clever and friendly. He is find really cheaper way to dispatch my cargo to Beijing.

A classic backpackers paradise is Kyrgyzstan, hence why I'm here now and staying for at least a month. Also nowadays, a lot of nationalities can get a whopping 60 day visa on arrival (land border - not sure about the flights). Safe travels. Jonny

Hi there Brooke! Your description of kyrgyzstan sounds appealing! being currently in russia and trying to learn russian, i am considering pursuing my route to bishkek for getting these russian courses you mentionned... is there a link or anyway to find them? I'll be glad to have your answer!

Yes, been in Kyrgyzstan on my own...People though I was crazy, as I also went to Kazakhstan...But I am truly dreaming to come back! I went there in Oktober and november 2012...too cold for sleeping in a yurt...i miss that! But definitely going back in the future!! *_* Thanks for reminding me how much I love Kyrgyzstan!