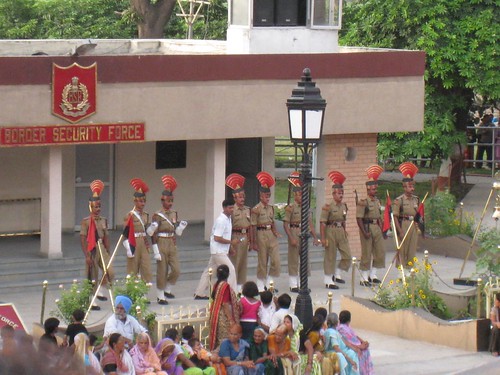 Like the appeal of riding a yak in Sikkim, witnessing the daily India-Pakistan ceremony in Attari captured my imagination the moment I learned about it. In the case of the ceremony, I first saw it on a television show. If I'm not mistaken, it was part of Michael Palin's ” Himalaya”? which was based on his book by the same name (or vice versa). 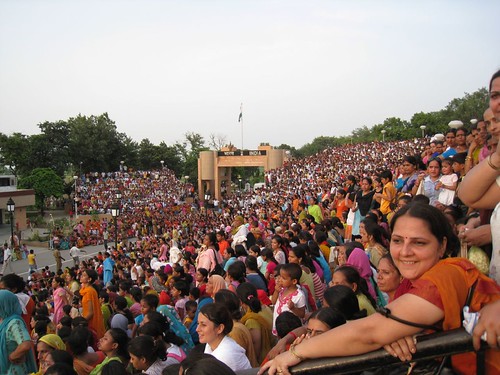 A couple and a single Indian guy joined me in the taxi and we drove the hour west to the town of Attari, on the edge of the border. We walked a few hundred meters further to the west, and came across large bleachers filled with Indians separated by sex. The exception to this rule was the VIP area reserved for foreigners. Unfortunately, we reached the seats at 5pm, a full one and a half hours before the ceremony was set to start. Why is this unfortunate? Because the sun sets in the west, giving it a direct line to the left side of my body. Slowly, any energy reserves sweltered away. 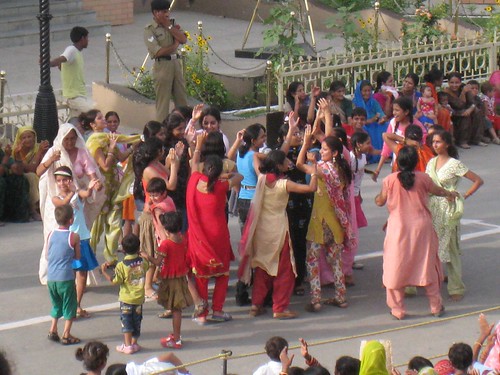 As more and more Indian women began to dance to music in the street below the bleachers, Pakistanis slowly took the stands on their side of the border. They were also separated by sex. The women's section was more clearly visible, and their colorful dress made it a pretty sight from afar. Every few minutes, an Indian MC would incite the crowd to cheer. By comparison, the Pakistani side clearly needed a lesson in school spirit. 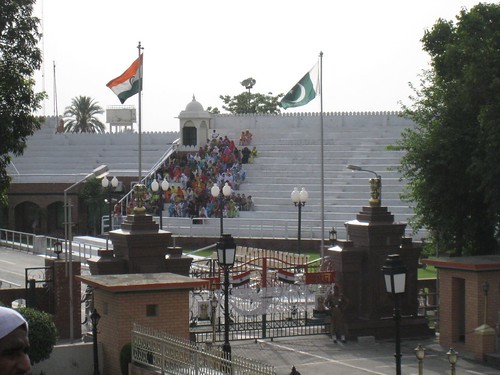 Sitting next to me were an American mother-daughter pair, and an American girl and Costa Rican guy from Denver, CO. The latter two were on a short trip to India, having spent the first half of the trip on an impromptu trek in Kashmir. I was a tad jealous that they got to see Pakistan's K2, the world's second highest mountain. They said the trek was hard, entailing about 10 hours of walking per day. Since they didn't intend to trek, they lacked proper clothing. I can't imagine having to wear sport sandals in snow at altitude! 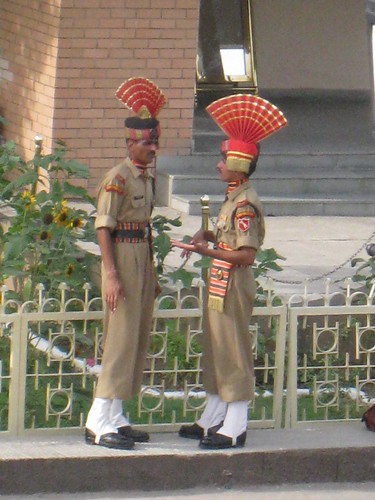 Finally, 6:30pm rolled around and the ceremony began. Indian guards walked in formation to the middle of the street, then one by one walked toward the gate. Eventually the gate was opened, allowing us a better vantage point into the Pakistani territory. I had no clue what was happening, but the whole experience was surreal. I commented to the Costa Rican guy that seeing the ceremony in person was one of the coolest things I'd done in India, if not my whole trip. Between the cheering, music, and crowds, it felt like a big sporting event with the Indian fans immensely proud of their side. 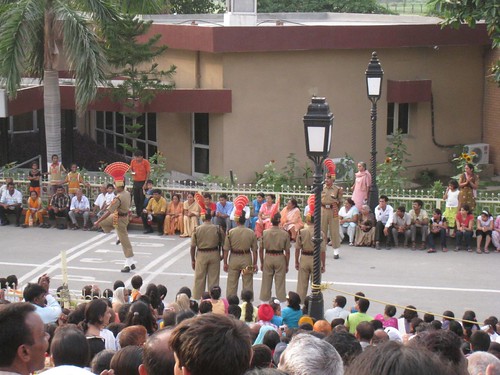 We got a head start back to our respective rides, assuming we wouldn't miss much by ducking away a few minutes early. While I found our taxi driver with ease, the couple who started out with us never showed up. As we waited around for over an hour, watching thousands of Indians file out of town, I tried out some of the local snacks (which took all of 30 second). Then, between the long day and heat, I grew angry and annoyed. Finally, the other Indian passenger convinced him the driver it was time to go. At the end of the day, at least I had the back seat to myself. 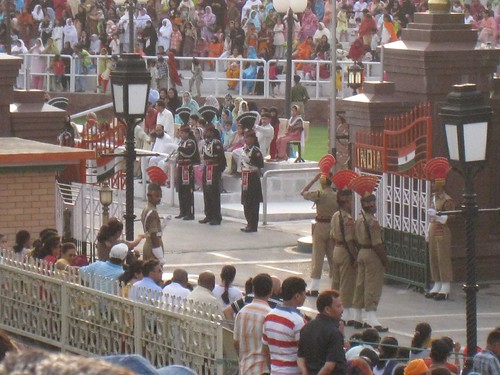