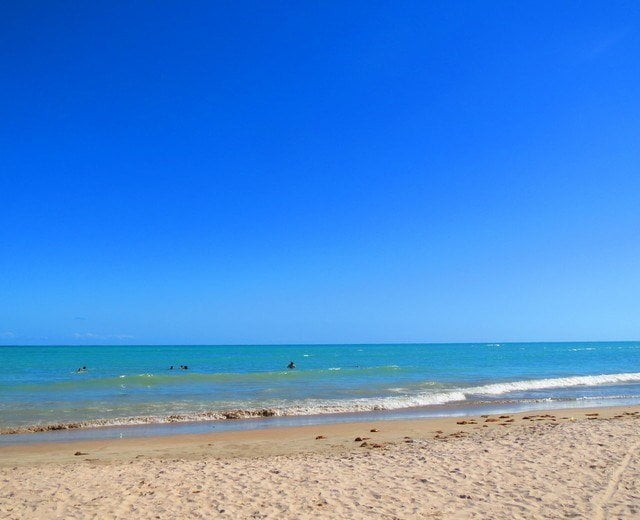 My first beach day in Maceió, at Praixa Paripueira, was spent with new friends and perfect weather.

The beaches of northeast Brazil stretch for miles and miles, and I wondered if anyone had ever made it to all of them.

I doubt it. I bet most Brazilians haven't even done it.

My cousin’s husband Gustavo, a Sao Paulo native, told me during my trip that he had yet to visit northeast Brazil and I’m not surprised because his country, in square miles, is bigger than the adjoined, continental 48 in the United States.

With limited time, I went to those that I was told I should not miss or others that just randomly became part of the journey.

I got to my Maceió hostel early, right around 7 a.m., the start of breakfast, and the Brazilian guests started to trickle into the kitchen area to begin another vacation day.

Two girls invited me to sit with them. Neither spoke English or Spanish, and I spoke very little Portuguese, but I could understand them, and the same for them with me when I used my Spanish.

After chatting over breakfast, one of them said, “We’re going to a beach about a half-hour from here and I have a car. You want to come with us?”

How nice, I thought, and I nodded that, yes, I would love to go, that would be fun.

We picked up another girl they knew along the way, and later, the rest of the Brazilians from the hostel joined us, once they woke up.

Gregory, I would learn from sharing a dorm with him, likes to sleep in.

We eventually had a full group: Adriana and Suzy, the girls from Brasília who invited me; their friend Mariana from Salvador, who we picked up along the way to Paripueira; Gregory from Curitiba; Ricardo and Ricardo, both from Sao Paulo; and Lidice, from Cuiabá.

Gregory and one of the Ricardos spoke English and periodically would check in with me to find out if I understood what they were talking about, something I thought was very nice.

When I did listen to the conversation, I understood most of what they were saying, so I assured Gregory and Ricardo that I was fine, I was just taking it all in and thought about responding but I felt it was better to listen, to get to know everyone first and speak when spoken to instead of trying to interject, especially when I couldn’t speak their language.

Gregory asked what I thought about the girls with us, and I told him they were very pretty and all seemed really smart too, both great qualities, but my mind was on an attractive attorney in Fortaleza, someone I would be seeing soon enough.

He smiled and said he was happy for me, and his smile was even bigger when I showed him her picture later that day at the hostel.

We spent the day at Paripueira, not returning to the hostel until well after dark, and then we all got ready and went out to eat.

Lidice somehow still had the energy to go out and she asked if I wanted to go to a party with her and Mariana. I went to get ice cream with Suzy and Ricardo instead, then went to bed. 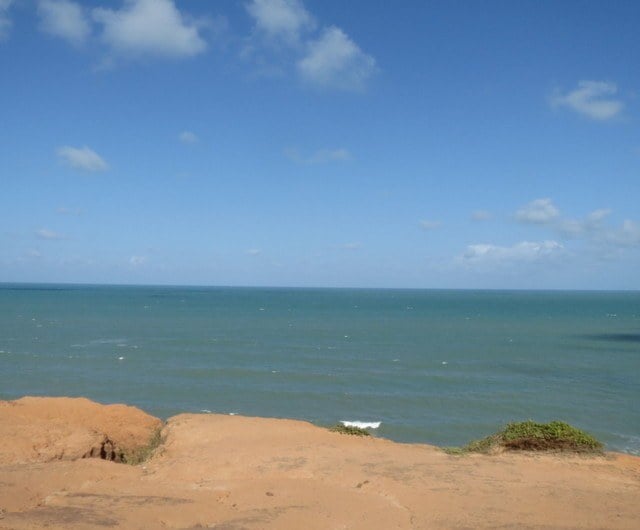 While we were eating ice cream, Ricardo told me about Natal and Pipa, to recommend them. I remembered my Swedish friend Anders was there recently so I decided to talk to him as well.

“Natal is just a sleepy place, a lot of old people,” Anders said. “Like Miami in the early ‘80s.”

He told me I should stay in Pipa. I thought about it, but I knew the goal was to get to Fortaleza, to get to Marília, because we had beach plans too, and I didn’t want to risk missing the bus in Natal if I had to take another one first.

That’s the only reason I stayed in Natal.

I suppose you could make that comparison, Miami of the early ‘80s, but I think Sarasota of the early 2000s is more appropriate.

Lots of new high rises, many overlooking the coast and a pretty beach, and enough ethnic and fancy restaurants to please locals and visitors alike.

My one free day in Sarasota south, I went to Pipa. I like the backdrop of cliffs at the north end of the beach, and the random rocks that jutted from the shallow waters near the shore, the slightly bigger surf that drew a lot board-carrying natives and tourists.

I ate too much for lunch at a churrasco restaurant near the beach and spent too much as well, 44 reals (about $17), and then I relaxed on the beach and in the beautiful blue sea where the water was no deeper than a bathtub, and just sat and daydreamed and improved my tan. 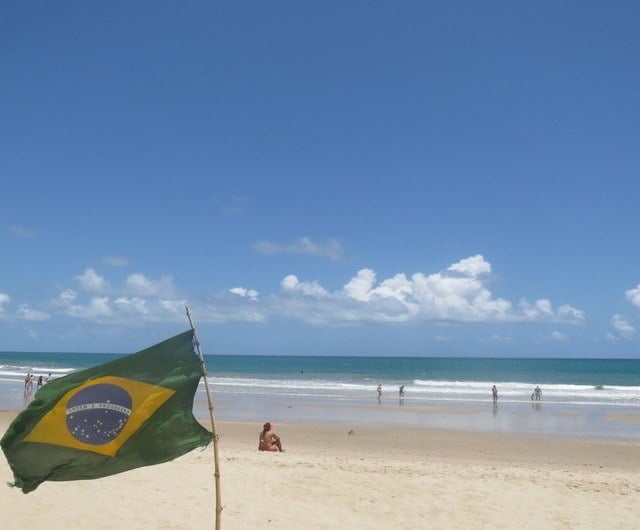 My favorite beach in northeast Brazil was Porto de Galinhas.

I got a lot of rave reviews about this place while I was in Maceió, including from Meiri y Mércia, two sisters from Sao Paulo who later joined our happy group, and it turned out to be the best beach I would see on my trip.

Porto de Galinhas is where you can snorkel by the big coral reef, or walk on it if you so choose, and on days when the surf picks up, you can grab a board and ride the waves.

I opted for the latter.

It was my first time surfing since I was 16 when I lived in Hawaii, and I thought, “No problem, I’ve done this so many times before.”

I rode maybe four waves, missed countless others, fell off the board enough times to make it more of a workout than recreation. But I loved it.

The waves were no bigger than a couple of feet but considering my performance, that was probably a blessing.

As my brother said, “It’s not like riding a bike again.”

I had that great meal at Peixe na Telha as well, the one I told you about in my favorite foods post.

It would have been nice to spend the day with my new friends I made in Maceió, I thought, but going it alone was still fine when I thought about everything I experienced.

I also knew that I already had plans for my last beach day, that I would probably have company, but first we had to finish that new first date.