There is nothing worse than jet lag.

You just had a fantastic time in some exotic far-off place, and now it's time to come home to reality – back to work and back to your daily routine.

Except, you're fighting a bad case of jet lag.

Some people deal with jet lag better than others. I'm not one of those people.

After spending three weeks in Eastern Europe this past spring, I came home with the worst case of jet lag in years.

For a week straight, I woke up in the middle of the night panicked because I had no idea where I was even though I knew I was at home in my bed.

While roaming around the globe searching for new adventures is a fantastic experience, jet lag is inevitable no matter what time zone you visit.

Thankfully there are many ways to help negate the symptoms of jet lag and be ready to explore as soon as you hit the tarmac. It's time to beat jet lag!

Flying is a stressful part of travel. If you leave packing to the last minute and stay out late the night before an early flight, there's a good chance that you won't be as healthy for the first few days of your trip, leaving you more susceptible to illness on the road.

Pack early and focus on getting enough sleep before you even arrive at the airport.

2. Sleep on the Airplane

While sleeping on a plane may seem like common sense, sleeping on a flight can be difficult with cramped seating in economy, crying babies, and turbulence.

However, with a few small items in your carry-on, your chances of getting a few hours of shuteye are possible.

Earplugs and an eye mask can go a long way in helping you sleep on a noisy and bright plane.

Many airlines offer small blankets and pillows on transatlantic flights, but if they don't, consider bringing a neck pillow and use a sarong or towel as a blanket.

Several research studies have suggested that exercise can help with time-change adjustments and speed up your body's return to its regular internal body clock.

One study suggests that you should try to exercise around the same time you usually would at home.

For example, you usually run five miles in New York City around 8 a.m. every morning.

If you're heading to London, try to run around 8 a.m. London time while you're there.

No matter what kind of exercise you prefer, get outside and move. 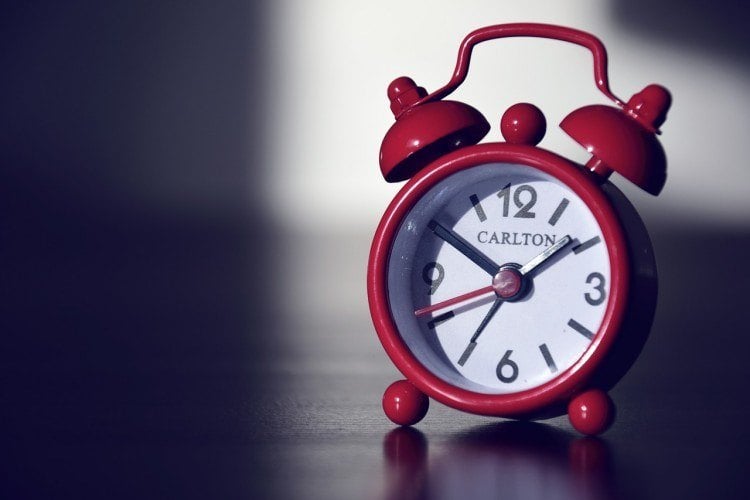 4. Go to Bed at the Local Bedtime

Once on the ground, you might be tempted to go right to bed, but you should try to jump right into exploring your new city.

Going to bed early means you'll be wide awake in the middle of the night with nothing to do.

If you must, take a short nap and then head out to explore the remaining part of the day.

Take a walk around the neighborhood after dinner to help keep you awake longer. Jet lag hates fresh air and walking.

A pro tip is to call the hotel before you get there to ensure they have the right mattress firmness you're used to at home. This is crucial to get a good night's sleep.

5. Use a Natural Supplement to Help You Sleep Better

Melatonin is a natural hormone that your body produces to help regulate your natural sleep-wake cycle.

During the night, your melatonin rises to peak overnight and then falls in the morning.

Melatonin supplement pills can be purchased at any health food store.

Some frequent flyers suggest taking melatonin after dark on the day you fly and for several days afterward.

Valerian root is another popular supplement that works like melatonin.

Drink lots of water before, during, and after your flight to stay hydrated.

You might want to indulge in a glass of wine or beer on your flight, but alcohol and caffeine can disrupt your sleep and lead to dehydration.

On the day of your flight, eat light and healthy meals. Avoid anything super dense and full of carbs and fat.

While you can't altogether avoid jet lag while traveling through multiple time zones, you can reduce the symptoms of jet lag with these tips.

Everyone is different, so what works for your friend might not work for you, but proper sleep is always an excellent way to beat jet lag.