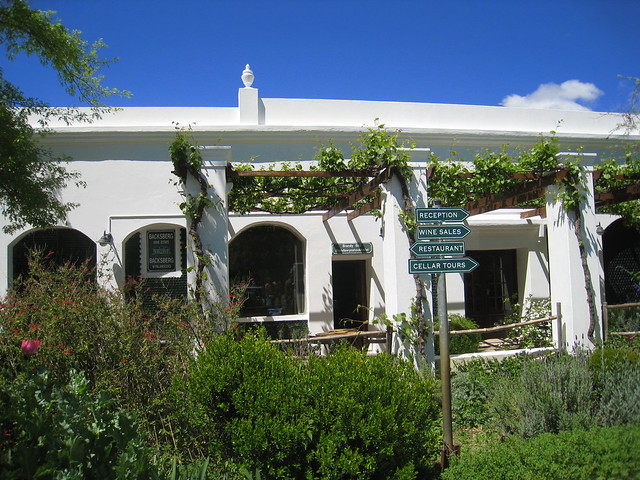 [I]f there's a better way to spend a day of travel than touring wineries, I'd like to hear about it.

I've always been fond of drinking wine, but it wasn't until my trip around the world in 2008 that I had the chance to visit two of the world's top wine regions, Stellenbosch and Bordeaux.

Both experiences were incredibly fun. It's hard to go wrong with an activity that involves being shuttled from one beautiful winery to the next, tasting several varieties at each stop, learning a thing or two about wine production and hopefully getting to nibble on some fresh local cheeses too.

The following five wine regions are on five different continents, and showcase the spread of wine culture from beyond Europe to the rest of the world. The first three I've had the pleasure to visit, and the last two are ones I hope to experience in the future.

Wine probably isn't the first thing that pops into your mind when I say “South Africa” but the gorgeous region of Stellenbosch, located 50km outside of Cape Town, is home to dozens of wineries.

A wine tour of Stellenbosch was the first thing I did upon arriving in South Africa. Whether you're staying at a hostel or a hotel, they're easy to book and tons of fun.

The first winery we visited, Fairview, featured a goat standing on a winding staircase encircling a stone tower. Totally random, but they know everyone loves goats!

After taking photos of the goat, we were treated to our first wine tasting, which included information about vintages, tips on how to hold the wine glasses properly, and how to properly evaluate and taste wine. Afterward, they also offered a cheese tasting as well. It was heaven.

Our guide took us to another three or four wineries, one of which we ate lunch at on an outdoor deck with lovely views of the surrounding vineyards. 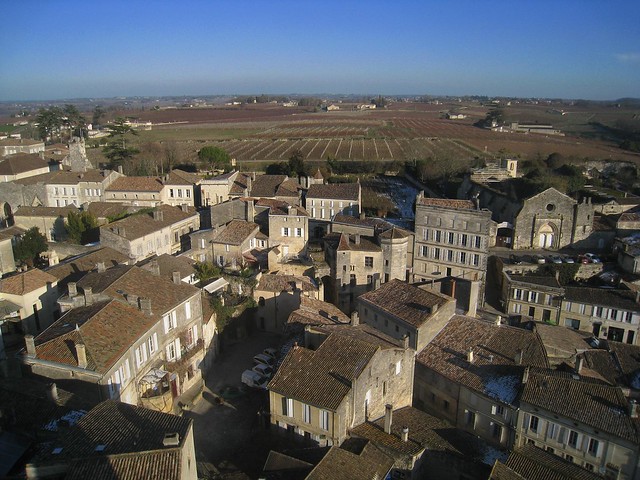 During my two months of overland travel through South Africa, I met a young French couple from Bordeaux. We got along well, and they very quickly invited me to visit them when I reached Europe.

An invitation to stay with locals in one of the world's most famous wine cities? I responded in the affirmative and a few months later, they were picking me up at the airport, and whisking me away to my first big dinner in Bordeaux.

The next day, they introduced me to St. Emilion, a medieval town surrounded by vineyards. Even though it was mid-December, and there was snow on the ground, and no grapes on the vine, we still had a wonderful time.

We stopped into a local winery for a brief tour and tasting, wandered the streets trying cheeses at the cute cheese shops, and had a delicious lunch at a local restaurant with a roaring wood fire. 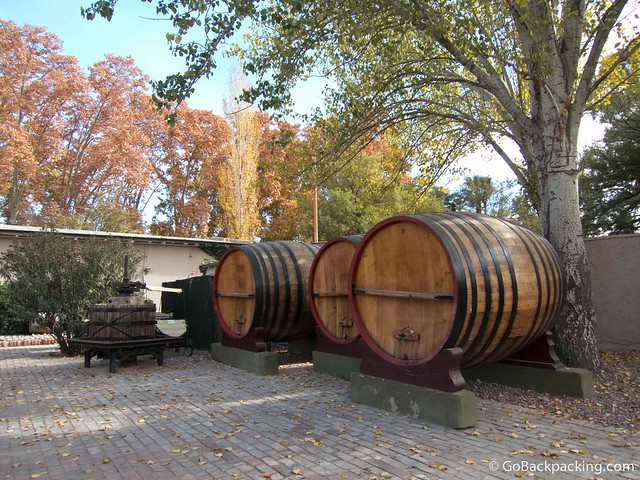 Old barrels decorate the property of a winery

After spending several months in Patagonia and Buenos Aires, I traveled west overland by bus through Rosario and Cordoba to Mendoza.

It was Autumn, and the the leaves on the trees and grape vines were all in the midst of changing colors.

I did not one, but two, wine tours during my four day stay. The first was similar to my experience in Stellenbosch, where I was picked up at the hostel in a minivan, and shuttled along with a group of other travelers to the various vineyards.

The second tour was by bicycle, and we visited three different wineries from the first tour I did. Mendoza is flat, so riding the bikes didn't require a lot of effort, which is important given the copious amounts of wine you may be drinking.

Both tours stopped at Cava de Cano for lunch, a place serving typical Argentine cuisine in a tapas (small dish) format. I can't recommend it highly enough, but the all you can eat (and drink) lunch is best attended on a tour, as it's otherwise quite expensive on its own. 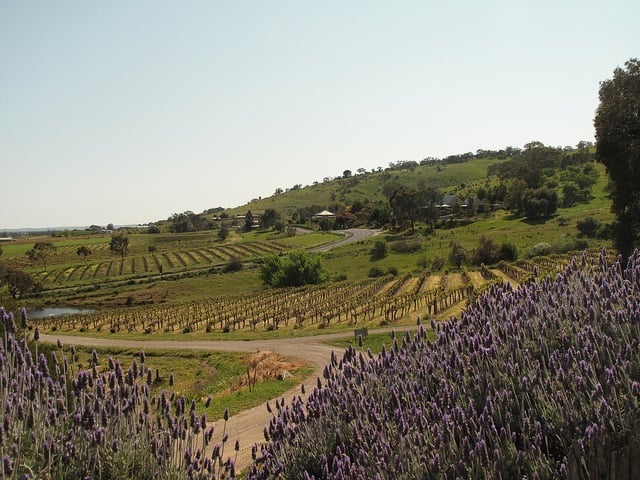 Founded by German settlers, the Barossa Valley 56km from Adelaide is one of Australia's oldest wine regions.

Primarily known for producing high quality Shiraz, some of the vines that were planted there are 100 to 150 years old.

It's also home to Jacob's Creek, the first commercial vineyard (dating back to 1847) and one of my favorite brands prior to my 'round the world journey.

Unfortunately, I only made it as far south as Melbourne due to time constraints, otherwise the Barossa Valley would've been the first major wine region I visited.

Napa Valley is the premier wine growing region in the United States. While winemaking records date back to the 19th century, the region didn't rise to prominence until the 1960's.

In addition to tasting, drinking and buying excellent wines, Napa Valley is home to some of the country's best restaurants, including the famous French Laundry.

Today, there are over 450 wineries growing grapes, and the region receives four and a half million visitors a year.

Thanks for sharing this post. Now i knew what are the other wine regions in the world. I only heard about in Australia.

Living in Australia most of my life and still have not visited Barossa Valley! someting is wrong there!