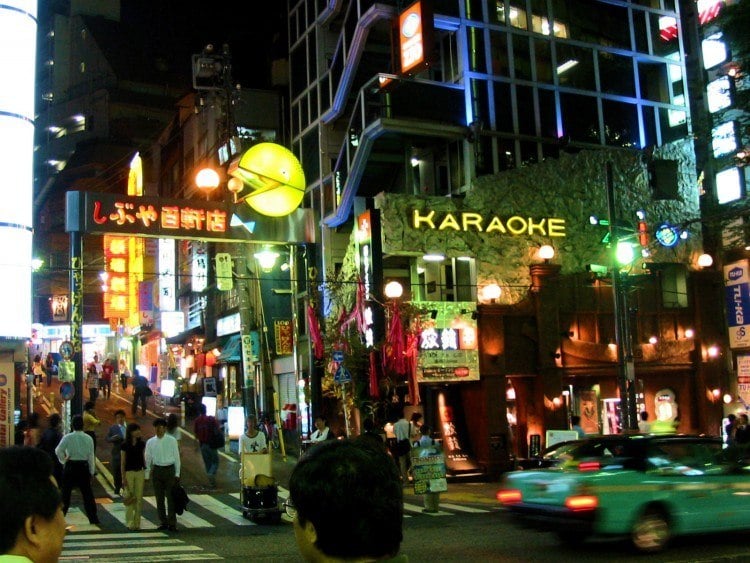 There is very little that I love more in life than heading to a bar on karaoke night.

The thing that I love about karaoke most of all is what a leveler it is.

We have so much pressure on us all the time to be “perfect” and “productive” – and there are very few times in life when we can celebrate our failures, like not being able to sing a note of a Whitney song in tune!

If you love karaoke just as much as I do, make sure you get yourself to these six cities – the best places for karaoke in the world.

If you are serious about karaoke, you need to get yourself to the place where it all started – Japan.

There is some dispute over where exactly in Japan originates, but Tokyo is certainly an A* spot for all karaoke lovers.

On the weekends, groups of Japanese friends love to hire a karaoke booth and sing to their hearts’ content – but choose your karaoke bar carefully because you could end up trying to work your way through a catalog of Japanese tracks!

Head to the Shibuya area and bars on the main streets should have the popular English tracks (hello Celine Dion!) that you know and love. 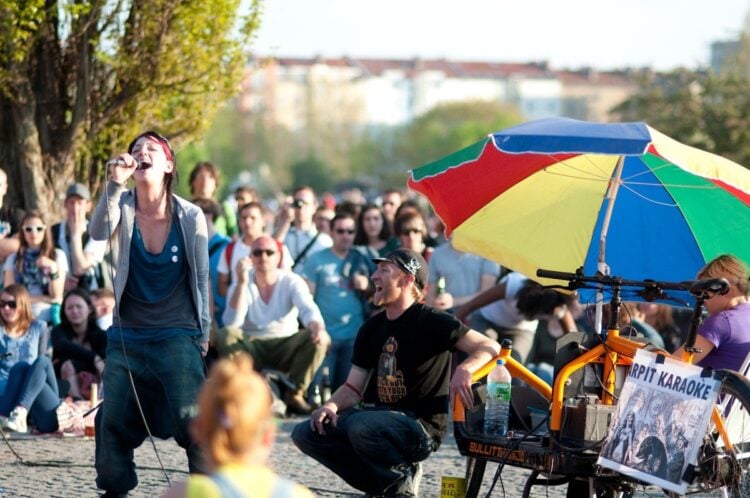 Singin' like she means it at Bearpit Karaoke (photo: sfreimark)

If you are feeling brave, you can sing in front of thousands of people in an outdoor pit in Berlin during the summer months.

This takes those karaoke nerves to a whole new level, but it’s an experience that is hard to replicate anywhere else in the world. This is your chance to be a rock star for a day!

Bearpit Karaoke takes place every Sunday during the summer months, and it attracts all kinds of people – male, female, young, old, tuneful, and tuneless!

There is also a flea market in the park on a Sunday, so you can reward yourself with some retail therapy after you have sung your heart out in front of thousands.

My home city of London is an awesome place for karaoke too, and what I love about it most of all is that it’s more centered on karaoke nights in pubs and bars than it is on hiring a booth and just singing in front of your friends.

If you are going to sing a Mariah song at the top of your lungs, you may as well test yourself by going balls to the wall and singing it in front of perfect strangers!

Bunga Bunga in Battersea host an awesome karaoke night on Wednesday evenings, and you should also test your rhyming abilities at The Social’s extremely popular Hip Hop Karaoke night.

Los Angeles karaoke culture is on the opposite end of the spectrum to London’s.

Yeh, you still get drunkards taking liberties with the melodies of Bon Jovi classics, but there are also a lot of good singers too.

This is a city that is full of aspiring showbiz types, so you might have to deal with people treating like their moment with the microphone like an audition for a gig.

My advice is to make it out to West Hollywood and visit the gay bars for their karaoke nights.

They are often hosted by drag queens, and are, therefore, ridiculous amounts of fun.

Fubar on a Tuesday night is recommended – cheap drinks to give you some Dutch courage!

When I was traveling around Southeast Asia, I would notice karaoke bars everywhere, and I had more than a couple of tipsy nights belting out Spice Girls numbers.

One city that stood out for me as being particularly karaoke-loving was Thailand’s capital, Bangkok.

Again, you need to be careful that you don’t chance upon a bar that has an exclusively Thai catalog of songs, but if you stick to the expat neighborhoods such as Lad Prao and Sukhumvit you should be just fine.

WoodBall in the Sukhumvit area is a recommended place for getting up on stage and showing the crowd what you’ve got. 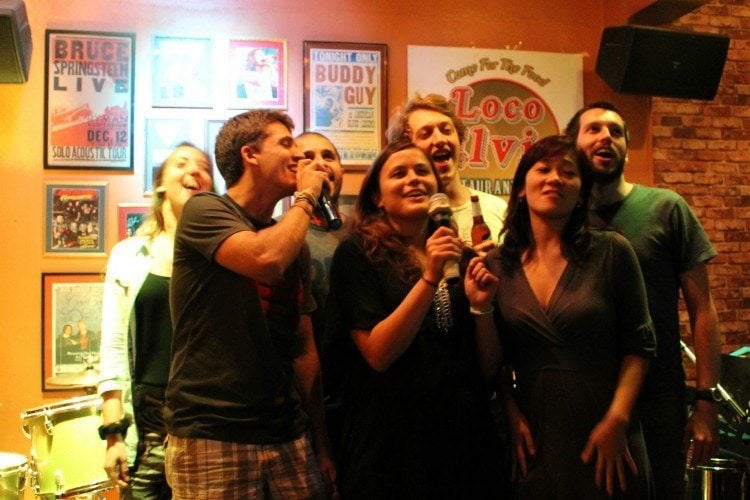 Toronto is one of the greatest hipster cities in the world, but everyone let's go of any cool persona they have at the huge number of karaoke bars all over the city.

You can take all of your international friends you have made on the road to Twister Karaoke because they have tracks in nine different languages.

The whole of Koreatown in Toronto is worth perusing for its swatches of private karaoke booths too.

Let me know what your favorite Karaoke song is in the comments below!