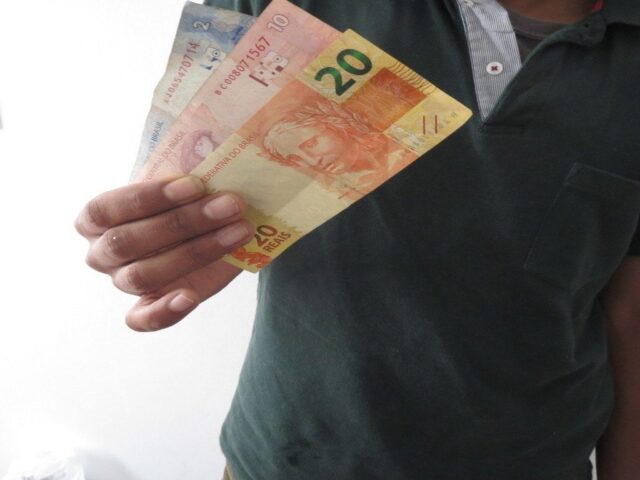 Expect to spend a fair amount of money in northeast Brazil. It's not cheap.

On occasion, it felt like being in Florida. That’s what happens when you’re spending so much money, an inevitability for the cost of travel in northeast Brazil.

I knew going on the trip would be a bit expensive. I already paid 416,000 Colombian pesos (about $208) for my Visa, a necessity for Americans.

At least the exchange rate has improved, 2.5 reals for every dollar, although you'll usually pay around 17 reals (about $6.50) every time you use the ATM in Brazil.

That was a surprise. But what surprised me more was part of the context of my expenses.

I’ll go through what you should expect to spend when drafting your vacation budget for northeast Brazil, both the costs we all think about and the ones that snuck up on me, so you’re better prepared.

Let’s get started with the obvious.

The buses I’m talking about are the ones you take to get from one state to another, the longer trips, at least four hours or more.

Perhaps the difference came from the fact that the Fortaleza trip took one and a half hours longer. But I would think the difference in the quality of the buses would have made it a wash.

High food costs, at least, typically can be avoided, depending on where and how much you eat.

You’ll probably be eating out a lot so let’s admit that to get it out-of-the-way. Most hostels don’t offer the space or equipment to make a great meal, and you’ll want to eat the Brazilian cuisine anyway. It’s good.

Just take the time to check different restaurants before making a decision. You can often find a good meal for under 30 reals (less than $12), which is a good price in Brazil.

Remember, I said it’s almost like being in Florida. That means you’re spending a lot more money here than you would in Ecuador.

It can be exponentially more if you pick the nicest restaurant all the time, and that doesn’t always mean the best food.

I’m not saying it won’t be good, but a lot of these smaller, independent places make the original recipe for a good price, not some trussed-up version of it that allows them to add another 20 reals ($8) to the bill.

Here’s where it gets tricky: eating at those churrasco-style restaurants, where you fill your plate then bring it to a scale.

You’re picking among so many good offerings, rice and beans, maybe 10 veggie options, and sometimes up to a dozen different meats that will mean not only filling your plate, but making a mountain.

I avoided the mountain when I was in Pipa, but I still paid 44 reals (about $17). That’s expensive. 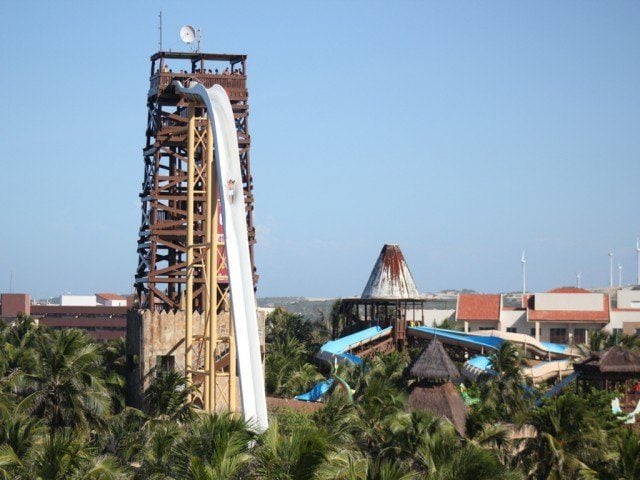 The “Insano” at Beach Park is quite a rush. (Photo: Vine Communications)

To put it in perspective, I found a restaurant in Recife that does rodizio, but with sushi. That means you pay a set price, in this case 40 reals ($16), and you can eat all the sushi you want.

Another example to drive the point home: many of my favorite Latin restaurants in Florida during my seven years living there usually charged no more than $12 for a meal, and that includes Amazon Grill, a Brazilian place where I would weigh my plate before I ate as well.

Like food, lodging costs are necessary unless you have a friend you can stay with or you don’t mind sleeping in the street.

Nightlife always comes with a significant cost, but it depends how much you go out and how much you consume when you do go out.

I’m at the point where nightlife is not too important to me, where a good night ends at midnight after a few drinks and a nice meal, maybe some dancing afterward too.

That means I’m mainly spending money from my food budget and using this as a night to treat myself, or, “Treat yo self,” as Donna and Tom would say.

So what were the costs that I wasn’t expecting? There are three.

The first is refreshments. I’m not talking about beer or liquor, just water, juice and soda. If you’re from a hot and humid place, this might not affect you much.

I live in Bogotá, the Colombian capital, 9,000 feet elevation and low humidity, and always a little frigid, about 14 degrees (57.2 degrees Fahrenheit) on average.

In Brazil I was fighting temperatures in the high 80s and humidity to match, sometimes both numbers in the low 90s. You could pull a bottled water from the freezer and watch it start to sweat shortly thereafter.

Taxis are worse. You really are paying U.S. prices when you take a taxi in Brazil. Maybe it’s a little cheaper, and definitely cheaper than New York, but not much cheaper on average.

I would take taxis only when necessary, when I had all my things with me and I hadn’t gotten familiar with a new city or it was already dark out and better to not take the risk, but I had to do this enough that I spent a fair amount of money.

A 10-minute taxi ride in northeast Brazil costs about 15 reals, or $6. My guess is, I probably spent more than $200 on taxis during my trip.

I saved about $200 too, by taking public transportation within cities when possible.

All the buses in the cities are less than 4 reals (under $1.75), compared to a taxi ride that can cost up to $20, depending on traffic, how far you’re going, if it’s a holiday, anything the taxi driver can use as an excuse to up your fare.

In Recife, they have a metro that cost less than 2 reals (80 cents or so). I used it a bit, including my last day there, to get to the bus terminal.

The Recife metro reminded me of the L in Chicago, although cheaper. According to the L website, a pass costs $1.10 on average.

This is a situation that did not feel like Florida, but only because public transportation is awful in the Sunshine State.

The last surprise was in my last major stop: Fortaleza. We went to a place called Beach Park, and the entrance alone was 180 reals (about $69), but you'll find out why I went in a later post.

Other than that, I spent very little on recreation, just basic charges like going to certain beaches, which I will explain later as well.

Again, this is just me. You might spend more, maybe less, maybe different amounts for different parts of your trip.

The main thing is, you have fun.

Good breakdown of typical costs in this part of Brazil. The southern part of the country is generally even more expensive, sometimes ridiculously expensive. It's easy for us to spend $50 per person on a nice lunch in Sao Paulo, for example. Even basic things like coconut water, snacks, and fruit are not cheap in many places. Brazil is a wonderful and unique country to visit, but I often find that the day-to-day expenses are as much or more as they are here in California!