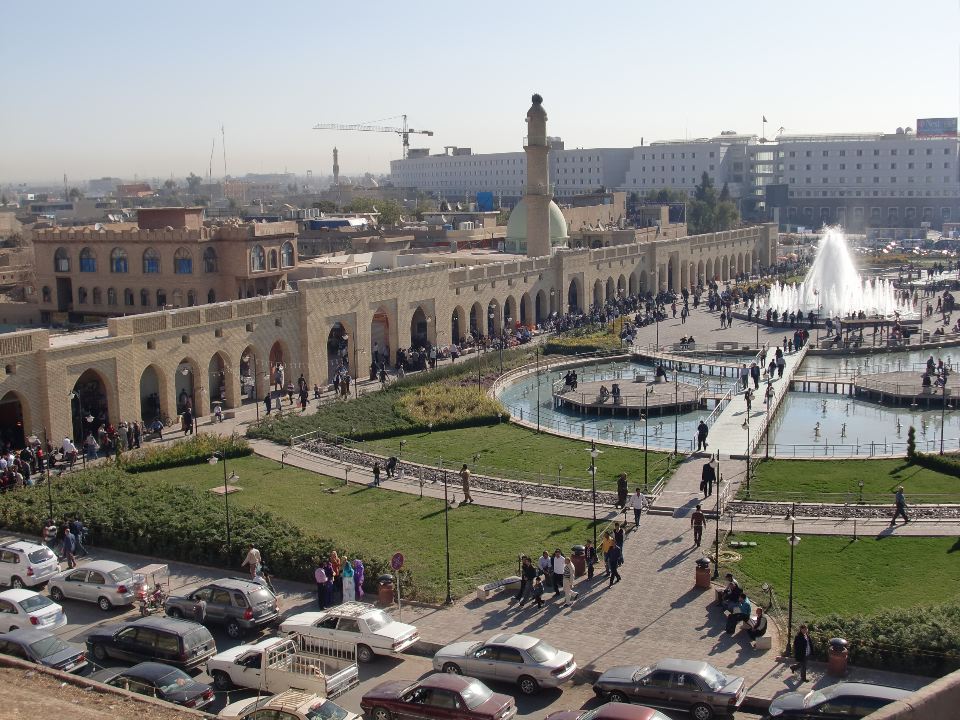 A view from within Iraqi Kurdistan

With the holidays behind us and resolutions long forgotten, it's time to turn our attention to the year ahead.

To provide a bit of inspiration, we've chosen ten unforgettable destinations along with thoughts from experienced travel bloggers to let you know what you can expect.

Despite being locations all over the world, they have one thing in common. You'll have a fantastic story to share when you return home.

Northern Iraq is an area that travelers are slowly starting to enter as stability increases in the region.

While it isn't for the novice, it is considered a safe area to visit.

Anil Polat of foXnoMad has recently visited and written extensively on the safety and his experience in the region.

As one of my followers on Twitter said, northern Iraq isn't as dangerous as you've heard but not as safe as you'd like. So many of the things I read about the place were inaccurate and just about everything I had preconceived was wrong too –  if that isn't a good reason to travel and see things firsthand, I don't know what is.

With a sprawling coastline and castle-dotted hillsides, Croatia is quickly becoming a favorite destination among budget travelers.

While in the heart of the Balkans, the country has all the charm of Italy to the East.

Caroline of Caroline in the City fell in love with the familiarity this European destination:

I love Croatia because it has all the things you love about Italy– winding cobblestone streets, breathtaking ocean views, delicious food– without the hefty price tag.

Check out Caroline in the City's post: I left my heart in split 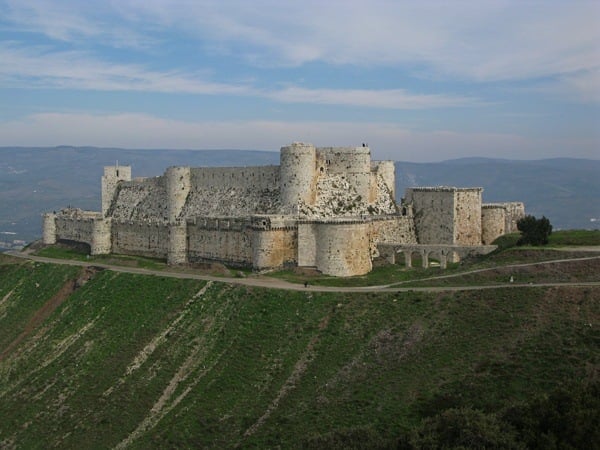 One of the larger states in the Middle East, Syria, receives mixed reactions due to its conflict with the United States.

However, those who choose to see past political conflict find a country rich with history.

Jonathan from Retrospective Traveller was taken with one of many historical sites in Syria:

Syria is like a pop-up book of history with it's ancient ruins, castles, medieval souqs, beautiful mosques, and of course, Damascus – one of the oldest cities in the world. It was the Roman ruins at Resafa, Bosra, and Palmyra that attracted me to Syria, but it was the mighty Crusader castle at Krak des Chevalier that blew me away…

Check out Retrospective Traveller's post: Up at the KraK of dawn… Krak des Chevaliers that is!

The days of Nicaragua's violent and revolutionary past are long gone, making way for a new era of peaceful politics.

Wedged in between popular Guatemala and Costa Rica, Nicaragua provides a beautiful landscape for a budget traveler's dream price.

Michael from Go See Write visited the area and was pressed to find any faults:

Nicaragua has some of the friendliest people in Latin America, photogenic cities, a good variety of activites, and although some of the roads are horrible, the magnificent sunsets make up for any negatives.

With the world's largest population and the diversity to match, traveling in China can be intimidating for even the experienced traveler.

Organized tours throughout the country are becoming more popular, and independent travelers are finding it easier as the country grows its tourism industry.

Due to its large size and population, Monica of A Pair of Panties and Boxers found the country appropriately complex and summed up the essence of traveling there:

Traveling through China is like being in two places at once – the past & the present.

But Ethiopia is a land of extremes, and there is so much more to see.

However, it is not for the faint-hearted; traveling can be stressful but also rewarding for those seeking adventure.

Dave and Deb from The Planet D shared their thoughts on the misconceptions of Ethiopia:

When people think of Ethiopia, they still envision famine and drought. But go there and it will surprise you.  The Great Rift Valley and the Blue Nile River runs through the country filling it with rich vegetation and abundant wildlife.  A mountainous land, Ethiopia offers remarkable scenery accentuated by its landscape like the Blue Nile Gorge seen here.

Check out The Planet D's post: What it's like to Cycle in Ethiopia on the Tour d'Afrique 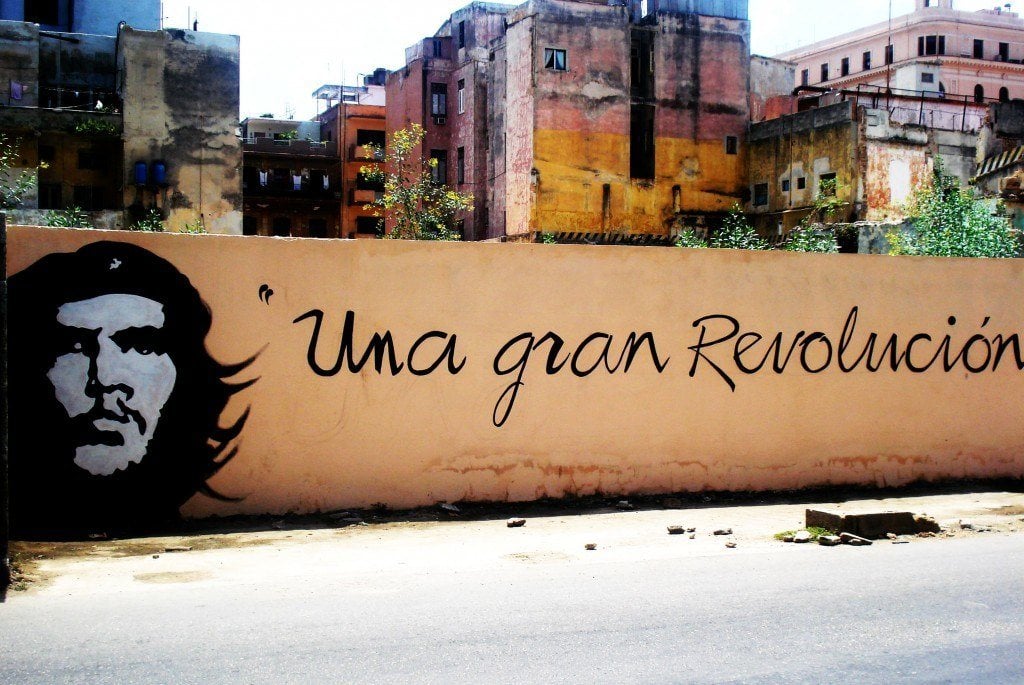 Many are flocking to see this forbidden island before the US embargo is lifted.

Whether you travel to a resort or make your way independently, the people will surely leave a lasting impression.

Andi from My Beautiful Adventures comments on the undeniable energy in Cuba:

Surrounded by tropical heat, the beat of salsa music, dilapidated architecture, and the constant presence of political unease; in Cuba I had the constant feeling that something was just about to occur, because in a place so full of uncertainty the only thing that was for sure was that something inevitably would happen. 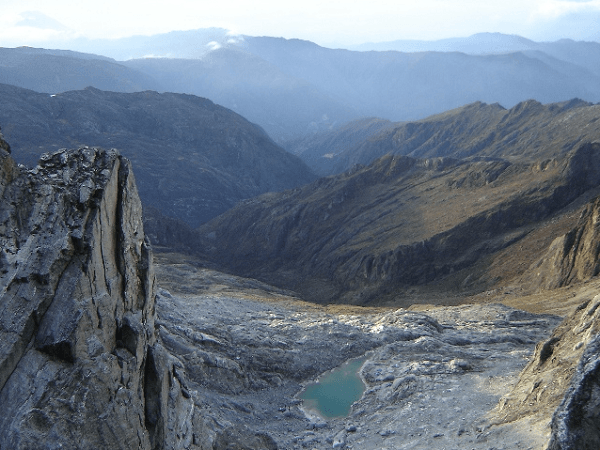 Amongst the Andes Mountains in Venezuela.

One of the more controversial destinations, particularly for Americans, travelers continue to visit Venezuela.

Marcello from Wandering Trader was born in Venezuela and has lived around the world. He warns that due to the collapsing economy, the dangers of the country, and most importantly, its capital, are very real.

If visiting Venezuela extra precautions should be taken including not wearing jewelry or fancy shoes, traveling in groups, and very rarely going out at night unless you are in a big group. The desperation in Venezuela is dire but if you are willing to arise to the challenge some of the highlights include Margarita Island, the Angel Falls, and the cozy city of Merida.

If the Czech Republic were a person, it wouldn't be old enough to drink in the United States legally.

Somehow this young country, particularly its capital of Prague, quickly became a darling of European travel.

Tourists spend days wandering from cathedral to castle basking in one of the world's most beautiful cities.

Prague is cheap, fun and amazingly beautiful. By day you can explore Prague Castle, Charles Bridge and wander the streets getting lost in the city. Then by night, enjoy the various pub crawls and night life that so many backpackers are fast discovering. Nearby you will also find the ghoulish Bone Chapel in Kutna Hora, a day trip worth your time of day.

Check out The Aussie Nomad's post: Kutna Hora and the Bone Chapel 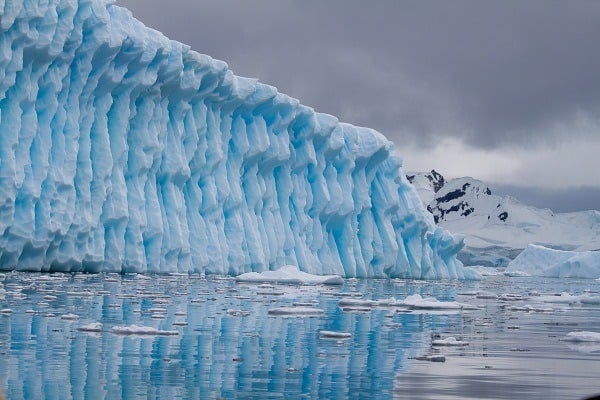 Antarctica's landscape is filled with towering glaciers of blue ice.

Antarctica is a land of legend, folklore, and extreme. It's a dream destination for many who count passport stamps and want to push their next adventure.

But unlike the early explorers, getting to Antarctica is much easier if you have a bit of extra cash to spend.

Brendan from Brendan's Adventures recent trip lived up to his expectations:

Some people come to Antarctica for penguins, others come so that they can tell others that they’ve been to all 7 continents, but no matter what their reasons for coming may have been, it is the sheer beauty of the experience that will have them talking about it for years.

About the Author: Ayngelina left a great job, boyfriend, apartment, and friends to find inspiration in Latin America. Read about her adventures at Bacon is Magic and connect with her on Facebook and Twitter.

Great set of countries. Was in Venezuela two years ago. The infrastructure was great - but drug related violence was a concern for everyone. All the locals we talked to had kidnapping stories - but were released unharmed. Guess thats kind of some peace of mind. Would love to go back - the people and landscape was amazing.

Great set of countries. Was in Venezuela two years ago. The infrastructure was great - but drug related violence was a concern for everyone. All the locals we talked to had kidnapping stories - but were released unharmed. Guess thats kind of some peace of mind. Would love to go back - the people and landscape was amazing.

cuba is on the top of my list... no doubt abt it

Nice list of destinations. Nicaragua is an intriguing destination for me. Somewhat close and inexpensive.

Hola Ted, Have you made the trip to Nicaragua. If you need any info, drop me a line. I'm here in Granada, Nicaragua with a little B & B. I'd love to here from you. You'll love Nicaragua!

Great that there are more choices to choose from. All ten places sound great.