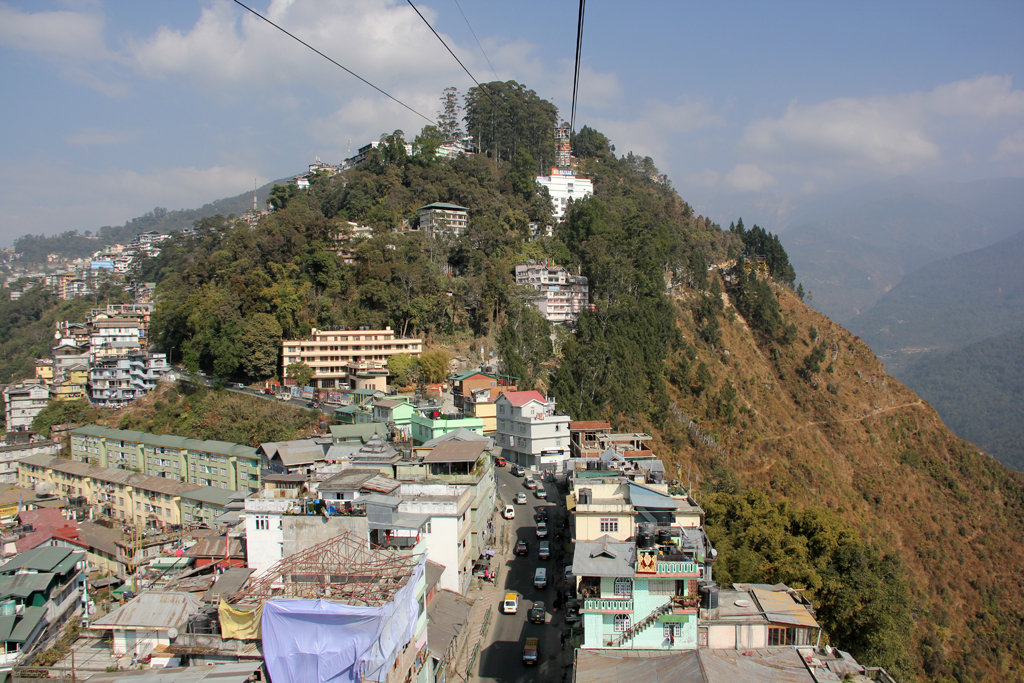 Gangtok is a pleasant town located in the Sikkim state of India.

In the Eastern Himalayas, the city is gorgeous and populated by a mixture of Nepalis, Tibetans, and Indians.

One of the highlights was riding the Gangtok Ropeway, a cable car that offers some incredible scenery of the mountains and city. 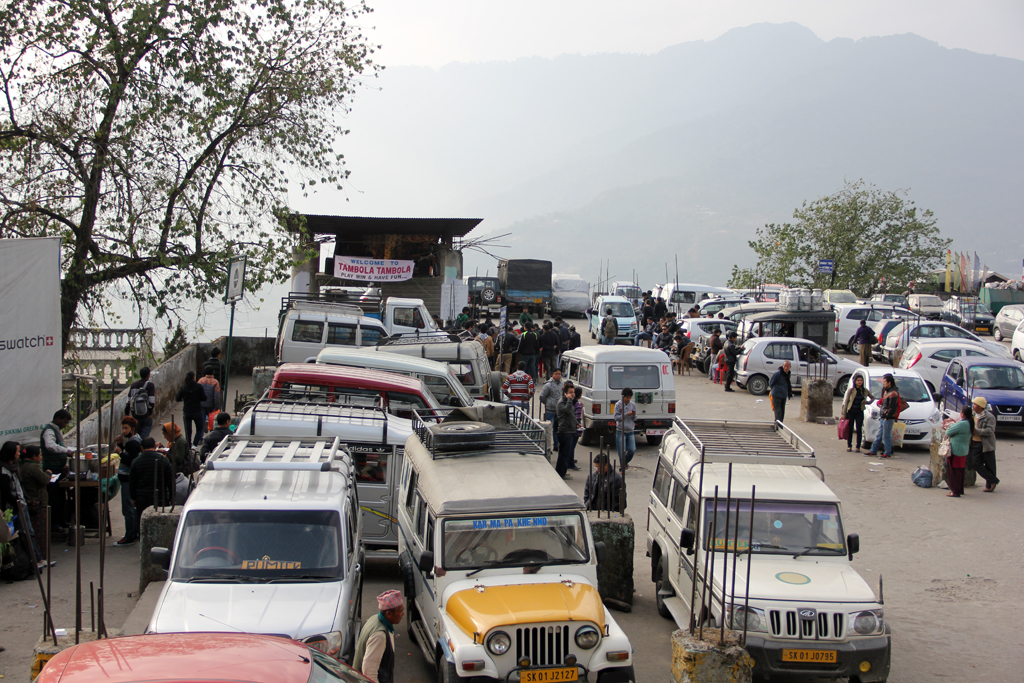 One of Gangtok's jeep stations

Gangtok is most easily accessible by jeep.

The closest railroad station is about 4 hours away and there are many neighboring villages that are reached by jeep on dangerous bumpy roads. 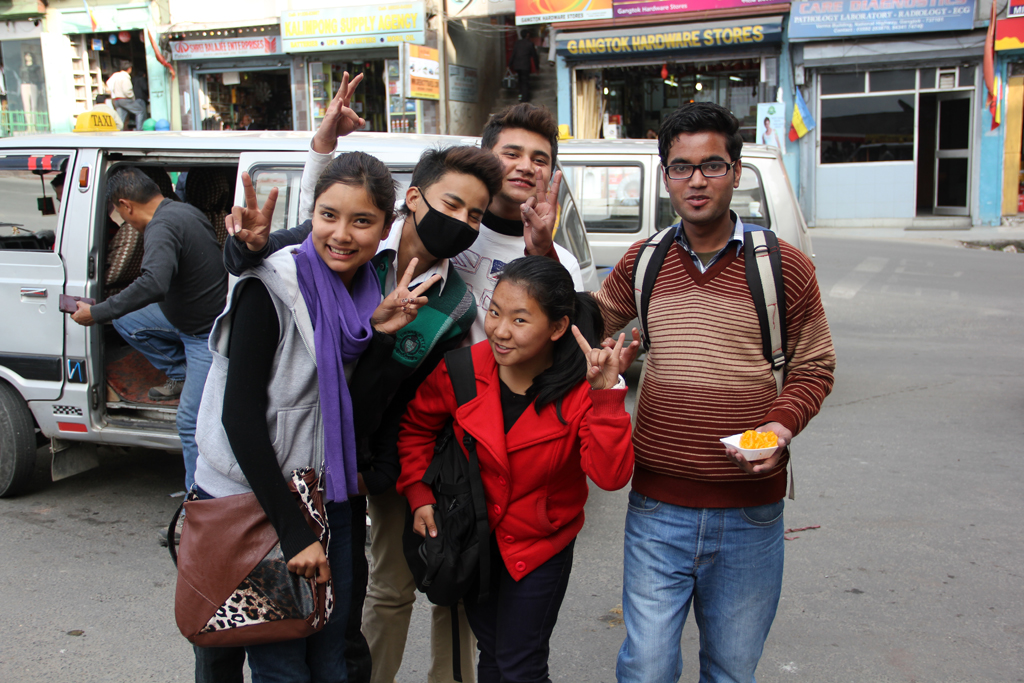 Many people in Gangtok are extremely friendly and this group of students were excited to have their photo taken. 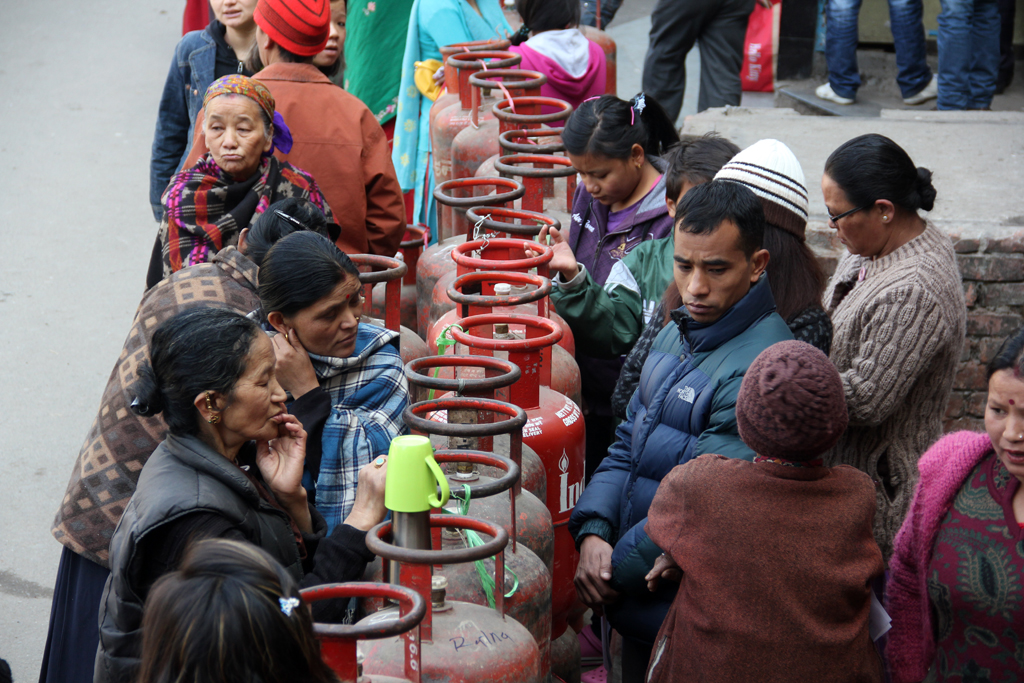 Being in the mountains, getting things like cooking gas can sometimes be challenging.

While walking around one day, I noticed a long line of residents waiting patiently to get refills on their LPG tanks. 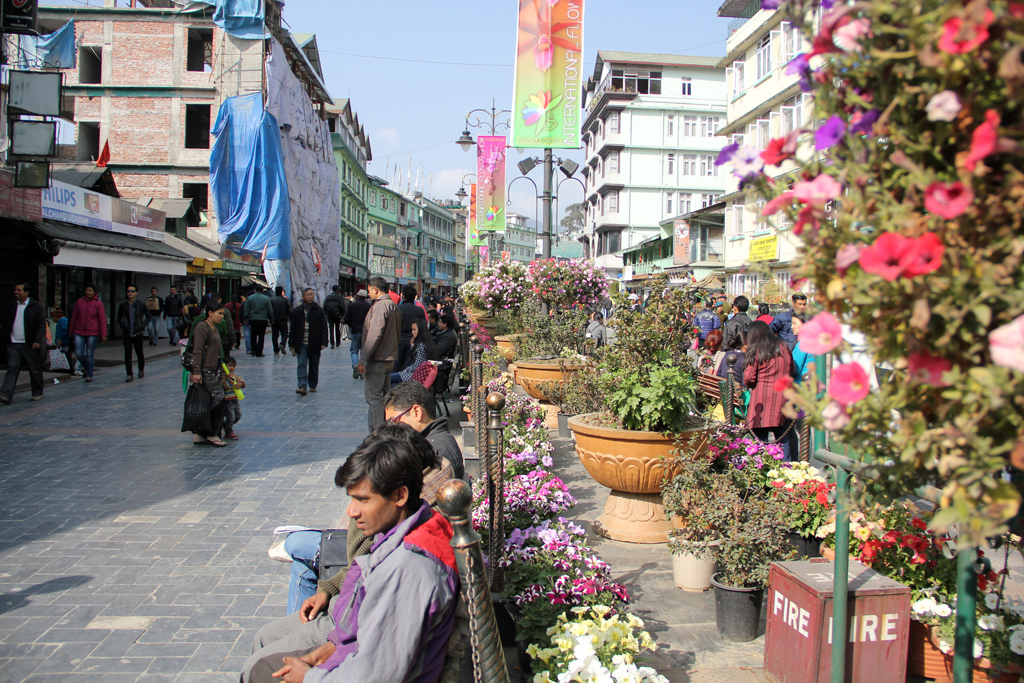 One of the nicest aspects of Gangtok is the walking street.

Off limits to motored vehicles, MG Marg road is a nice street that's lined with flowers and home to businesses and restaurants. 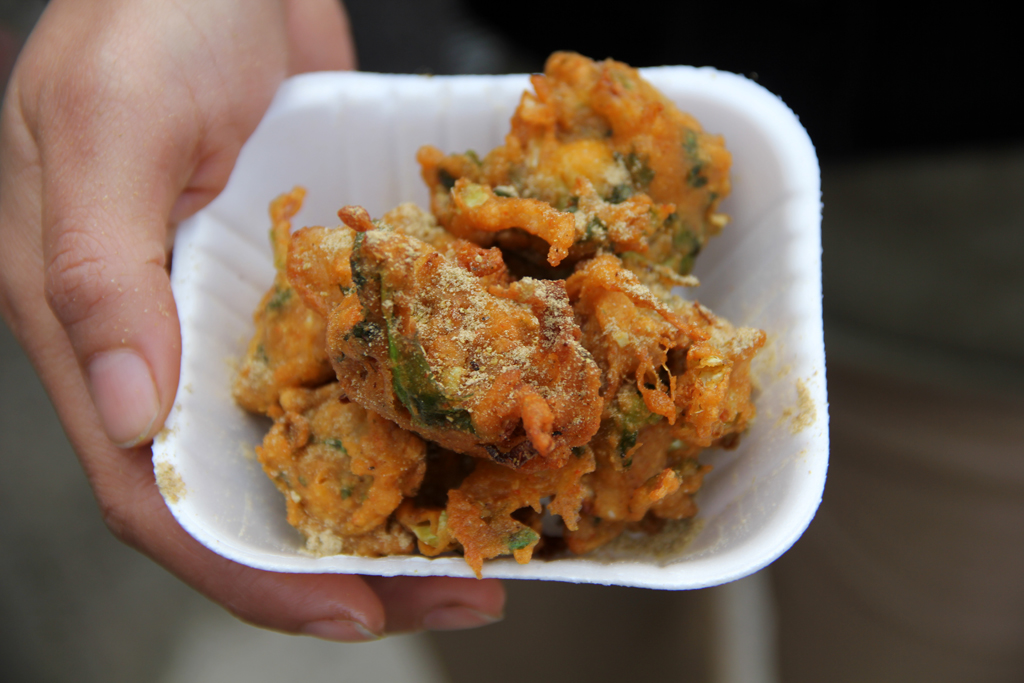 Since Gangtok is inhabited by a diverse quantity of ethnicities, there's a variety of cuisine.

Central Indian food and snacks like onion pakoras are widely available and delicious. 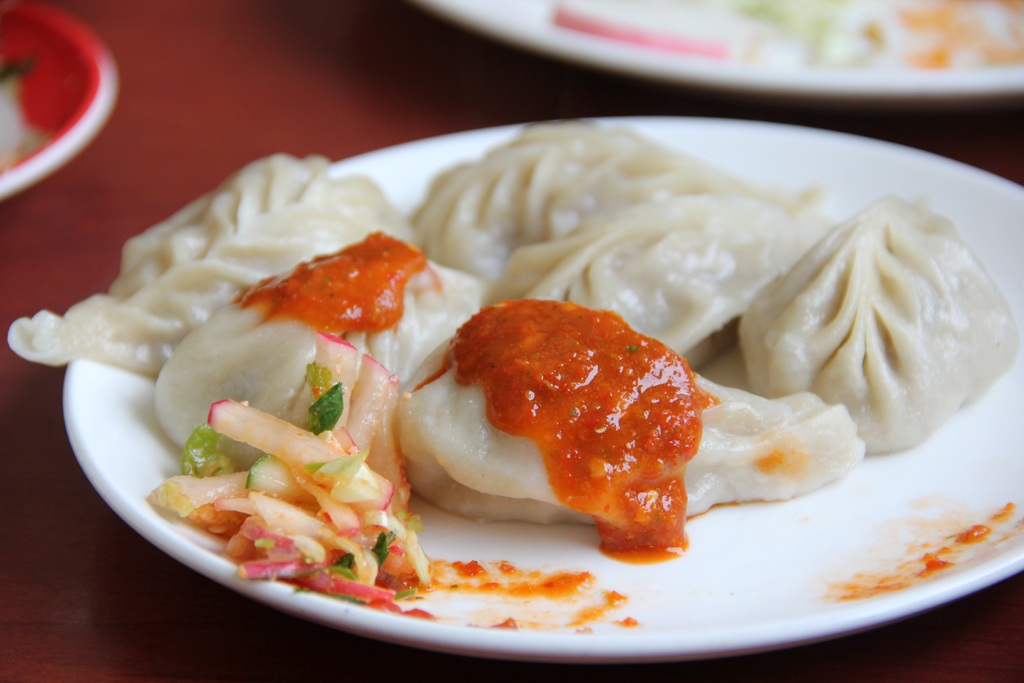 These momos from Taste of Tibet restaurant were filled with chicken and I couldn't resist a big dab of hot sauce on them before devouring them all. 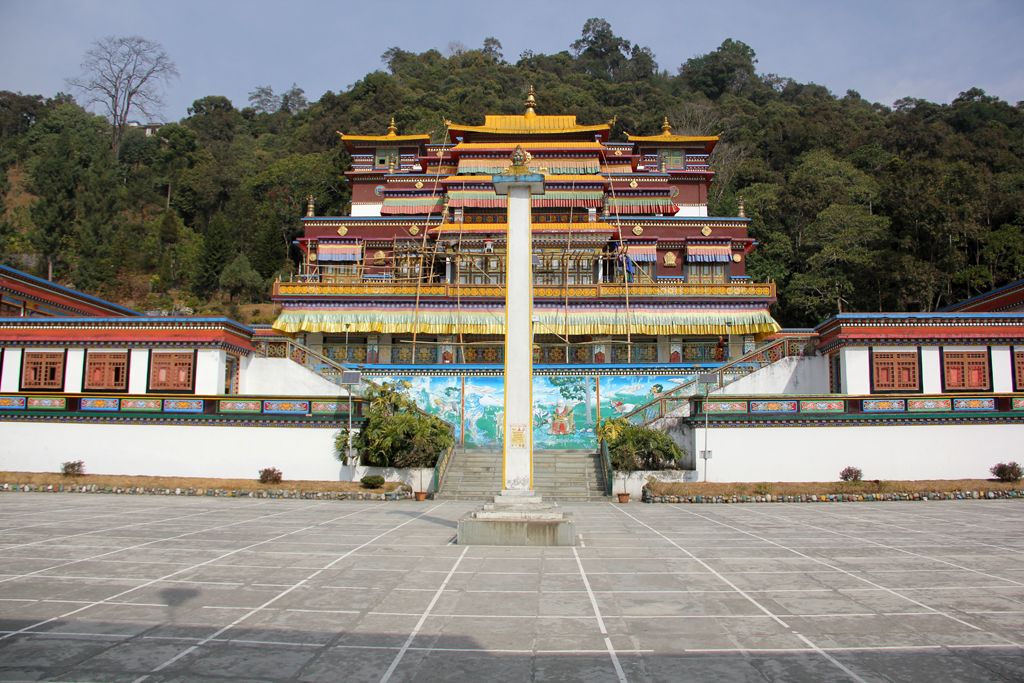 Just a 45 minute jeep ride away is the Tibetan Buddhist Ranka Monastery.

There are quite a number of temples and monasteries around Gangtok and some of them make a great day trip. 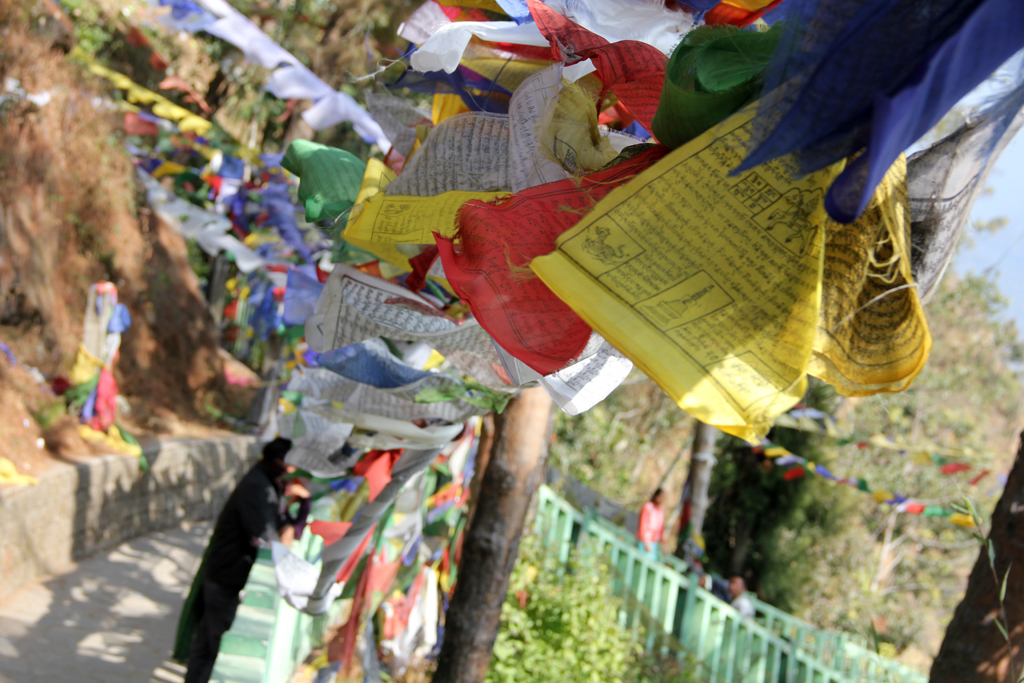 At the top of the Gangtok hill, where the ropeway begins is a mountain park that offers some spectacular views.

The windy trees are decorated with countless Tibetan Buddhist prayers flags adding to the lovely atmosphere. 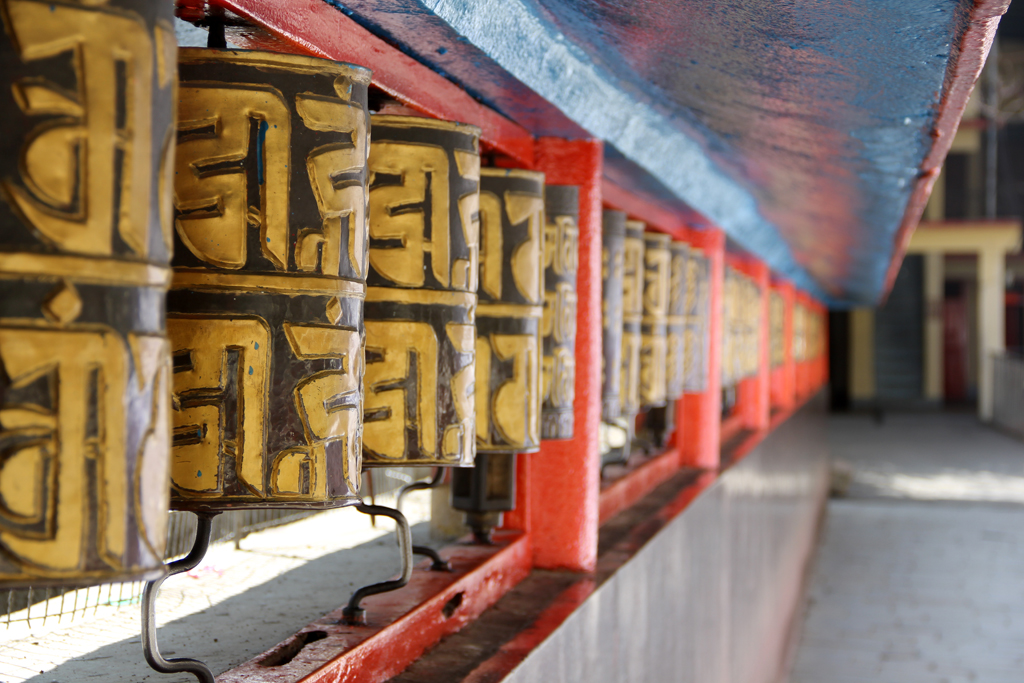 Prayer wheels at the Do Drul Chorten Stupa

Gangtok is a beautiful little town that's nestled in the Himalayas.

Though there aren't too many attractions to see, the beauty, the scenery of the mountains, and the pleasantness of the town make it a great place to spend some time.

Editor's Note: Dave here. Mark's photos bring back memories of my own journey to Sikkim in 2008.

In addition to exploring Gangtok, you can book a variety of jeep tours to Tsomgo Lake (where you can ride a yak), and further north on precarious roads to Tsopta Valley and Yumthang (Valley of Flowers).

Wow. You have some really incredible photos here. The colors and perspectives are amazing. Great blog and you did manage to convey a perfect, peaceful beauty!

This looks like a great place to visit and experience, I love all the amazing food pics, makes me want to go out for dumplings for lunch. THanks for sharing.

I've always wanted to a trek in the Himalayas out of the Sikkim region. I haven't come across many bloggers that have touched on the area so nice to get a taste of what the region offers. Lovely photos.

Since Sikkim was its own independent kingdom until about 35 years ago, it has a very different feel to it than the rest of India. There's a heavy Buddhist and Tibetan influence.

The road system is quite amazing given the difficult terrain, and they take a lot of pride in what's been built.

You can read about the trek from one of them, Cameron, and see photos here: https://www.thehikinglife.com/2010/10/yuksom-goecha-la-sikkim-india-2008/