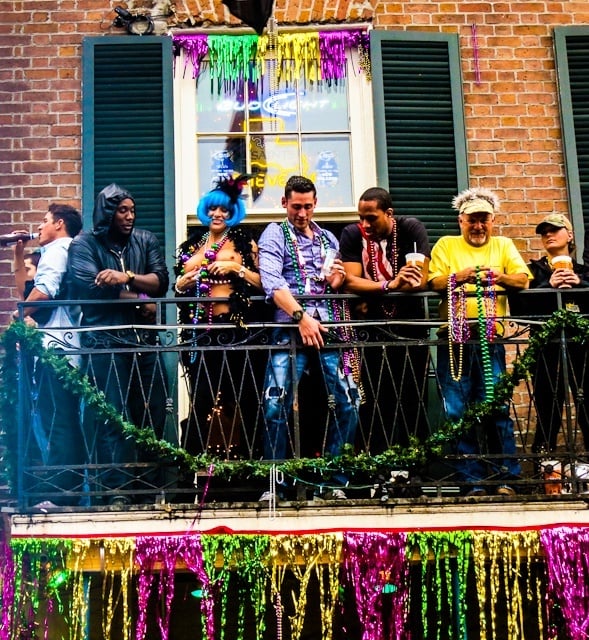 Mardi Gras, which translates to French as “Fat Tuesday,” is ostensibly a religious celebration.

But ask anybody who has been to New Orleans for Mardi Gras about the religious nature of the festivities are, and you will get a chuckle.

Mardi Gras is now a purely hedonistic celebration. It’s a celebration of Jesus about as much as Christmas time at the mall. 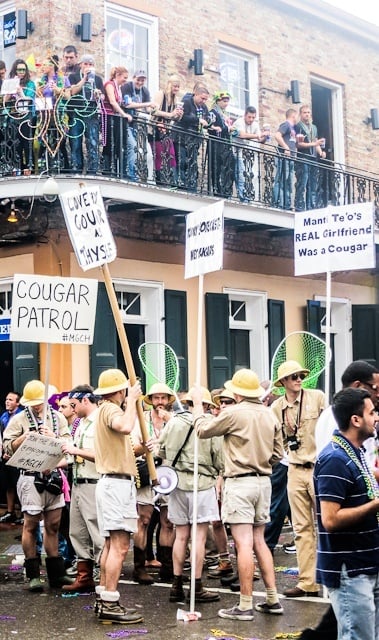 In search of hedonism

How Mardi Gras in New Orleans went from being part of the Catholic observation of the time before lent to a party in the streets known for its bead and bare breast exchange market is a little bizarre.

The truth is New Orleans is certainly not the only city in the world to celebrate the period before lent.

Catholics everywhere celebrate the carnival season as sort of a sin stock up for the dry season of lent.

Carnival in Brazil is probably the most famous example of this. Or Colombia.

But in the United States, Mardi Gras has become synonymous with New Orleans, which has incorporated the traditions of Carnival with jazz and voodoo mysticism to create a celebration that couldn’t exist anywhere else. 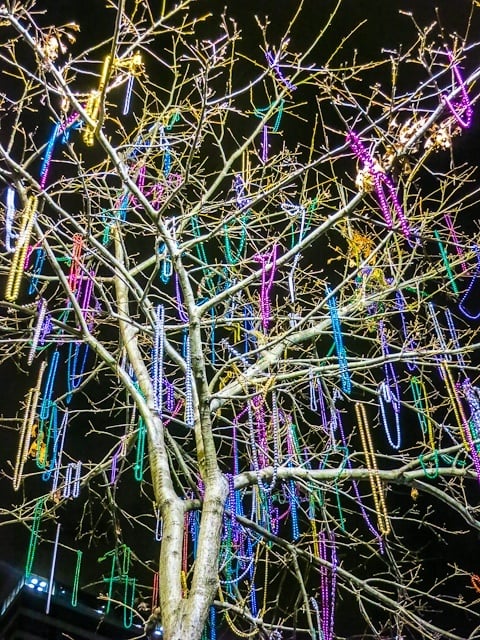 Weeks after carnival beads remain in the trees

In the U.S., the first Mardi Gras celebrations were in Mobile, Alabama, which was also part of the French territory that Thomas Jefferson would later buy off of Napoleon.

It wasn’t until 1856 that New Orleans’ Mardi Gras got weird, however, when a bunch of dudes, inspired by Mobile’s Cowbellion de Rakin Society, the first secret mystic society in the U.S. to wear masks, organized a new secret society in the French Quarter that celebrated Mardi Gras with a formal parade. 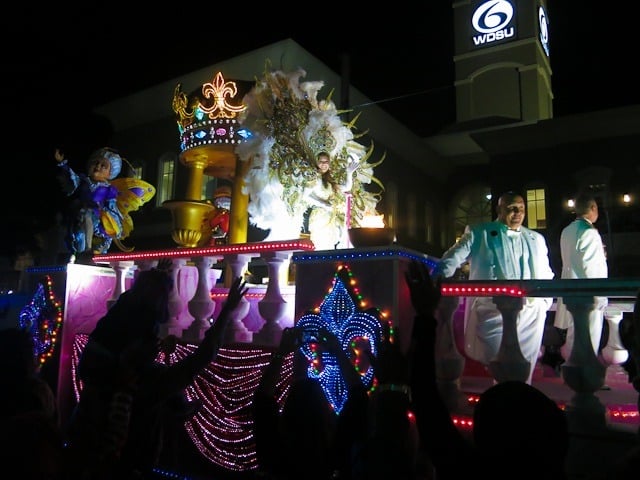 I’m not sure how you can claim to be a secret society when you are organizing public parades, but that’s the point.

These guys were having fun dressing up and doing “secret” things. It’s silly and fun, and so is Mardi Gras. 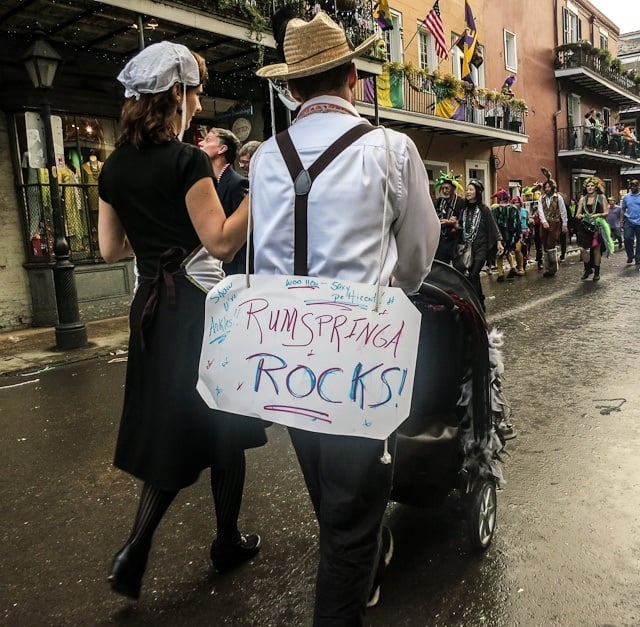 The state of Louisiana made Mardi Gras (the day, not the whole celebration, which is referred to as Mardi Gras season) a holiday in 1875.

Although most people associate Mardi Gras with Bourbon Street in New Orleans, none of the parades that run daily for the two weeks of Mardi Gras pass down Bourbon Street, mostly because the streets are too narrow and there are constant obstructions overhead. 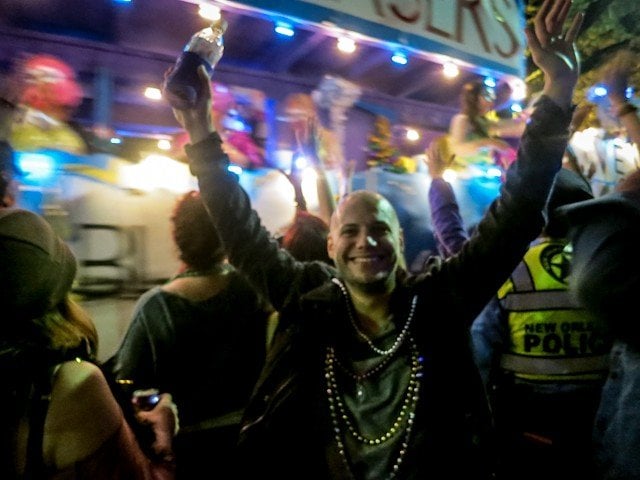 Yours truly celebrating one of the parades

The parades are organized by Carnival krewes, which create floats and awesome costumes and dance through the streets, often repeating the same route for years.

This is part of what makes Mardi Gras so cool: even though it’s a huge celebration, so much of it is still organized at the grassroots, community level.

One of the locally organized floats

Mardi Gras is a party, and it has rightfully become associated with drinking and flashing breasts in the popular imagination. 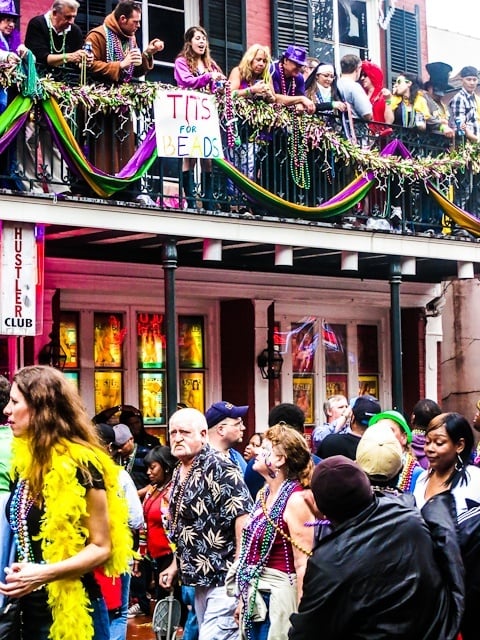 But in actuality, it is so much more than that.

It is a celebration of a local culture that is like no other, and its costumes, traditions, music, and floats demonstrate incredible creativity and passion that goes far beyond just getting wasted. 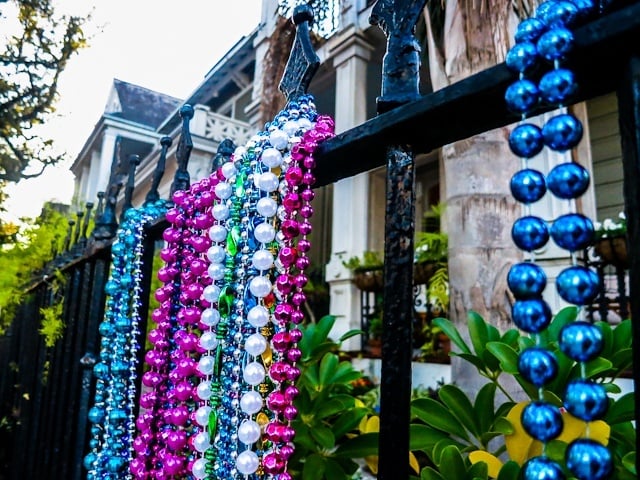 It’s a celebration of life in nearly all of its complexities.

You can get drunk and party anywhere. You can only get Mardi Gras in New Orleans. 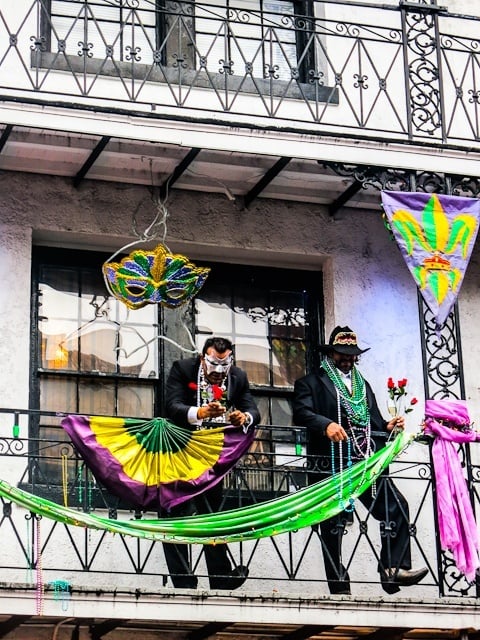 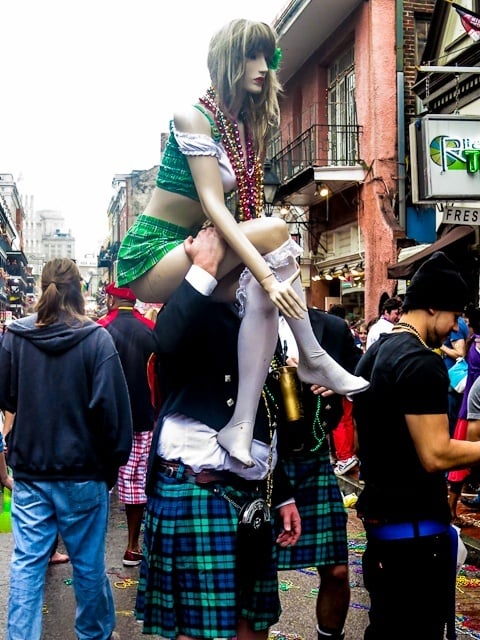 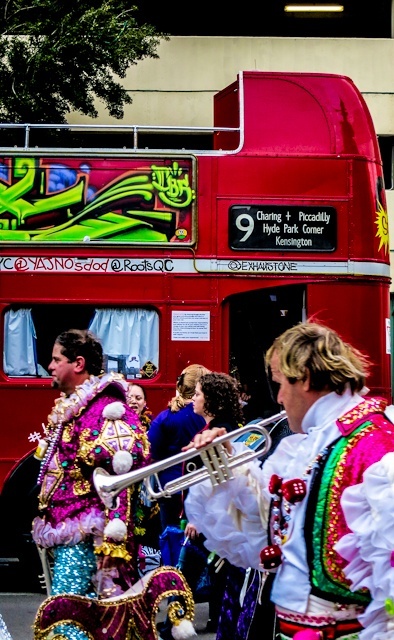 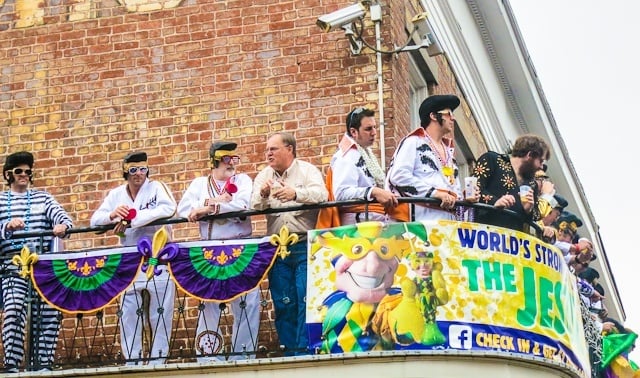 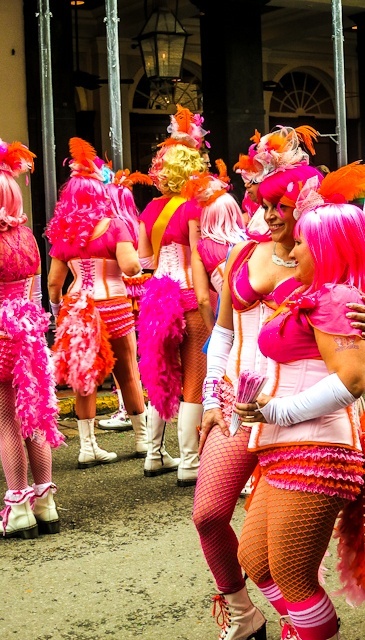 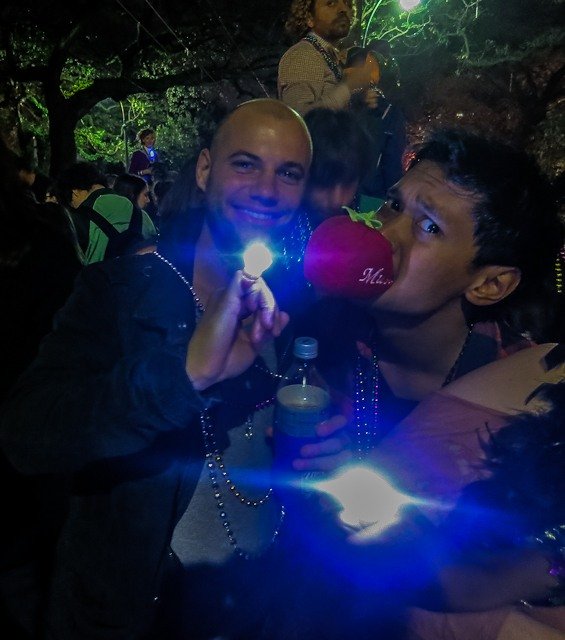 That's my bus! Happy days. If you get the chance to go to Mardi Gras, grab it!

Mardi Gras has been on my bucket list for awhile now. I really had no idea about the history of Mardi Gras until I read your post. Probably like most people I thought it stemmed from an excuse to party. Looks like you had a ton of fun. I will have to try and follow your foot steps and experience this. Thanks for the great post.

It's been on my bucket list for years too. I held off after Hurricane Katrina, but Mardi Gras seemed to bounce back a lot faster than I expected.

I always find travel blogs to be both helpful and inspirational. This one has great photos too! I missed Mardi Gras this year, hitting a Miami golf resort insted and I'm glad that I happened upon this helpful blog. Motivates me for next year.

I can't imagine how must fun this must be!