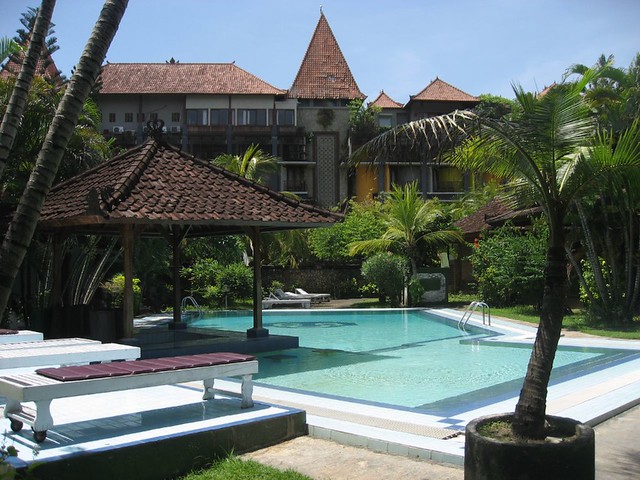 On October 4, I'm boarding an Air Qatar flight from Berlin to Jakarta.

The flight, which takes me halfway around the world, marks the beginning of a two-week blogger trip  sponsored by the Ministry of Tourism and Creative Economy of the Republic of Indonesia.

The goal of our trip is simple: highlight the amazing experiences available to visitors of this island nation.

I first visited Indonesia in 2008, during my trip around the world.

At the time, I focused on Bali, because so many people painted it as the picture of paradise.

But Bali features a predominantly Hindu population and culture, which is not at all indicative of the world's largest Muslim nation.

I always knew there was more to Indonesia then Bali, and this will be my chance to discover it.

Our itinerary focuses on 5 of the country's top attractions (in this order):

3. Mount Bromo – This 2,300 meter tall volcano is one of the most popular destinations in the country. We'll be leaving the hotel at the painfully early hour of 3 AM to catch the sunrise.

4. Komodo Island – I turned down a friend's invitation to join him on the trip from Gili Trawangan to Komodo Island to see the endangered dragons in 2008, so I'm looking forward to getting there this time. I did see a few at the Bali Zoo, but it's not the same as seeing them in the wild.

5. Bali – Our trip wraps up with a few days in Bali, where I hope to squeeze in a little rest and relaxation, or at least a one hour aromatherapy massage, before flying back to Berlin.

Throughout the trip, I'll be providing live updates via social media. I hope you'll follow along, whichever way you choose!

I'll also be shooting video, which will be edited into two short movies and put out in November, along with the regular array of written stories and photos.

We've got an exciting group of international bloggers coming together for this trip. Amazingly, I already met five of them at the TBEX conference in Costa Brava last month.

Hi, it's great to see you enjoying your trip in my country. Spending almost 5 years studying in Yogyakarta, i'm looking forward to your experiences there. Still so much places you could go outsides those 5 attractions. Try Padang-Bukittinggi-Sawahlunto for uniqueness Minang tradition in a Muslim neighbourhood atmosphere and sample the authentic "Nasi Kapau" or "Nasi Padang" there. Or diving in wonderfull Bunaken in North Celebes and sample bizzare culinary experience there in predominantly Christians population. Akh, with so much islands to choose from, you will never feel finish traveling in this archipelago.

Hello Dave, great to see you come to my country. Among the places you visit, I really love the Komodo national park. Not the komodo though, but the great underwater there. The snorkel and dive there are just amazing. Looking forward to you story!

Wira, I had a great time snorkeling off Pink Beach on Komodo Island too!

Wow.. I was planning to go to Komodo Island when I visited Indonesia 2years ago.. sadly we ran out of time that time to go there.. those dragons are just amazing creatures.

Hi Dave, Hope you have a great journey with @QatarAirways. Be sure to let us know how it is. Have a wonderful trip in Indonesia. The people are terrific. Be sure to try Sambal Chicken or Fish. It's fantastic. And if that's too hot, a nice Chicken Satay will do the trick!

Thanks Michael, my first flight went perfectly. I can't wait to see Doha's new airport in 2013.

I'll keep an eye out for the Sambal Chicken :)

Have a nice trip ! Komodo Islands are beautiful, we were for 2 days but it clearly deserve 3 or more. Cheer !