Entrance to Avignon as viewed from the train station

“You've arrived at a good time,” the manager of Pop' Hostel said to me as he checked me into a dorm room. “Tomorrow is the tasting of new wines.”

Indeed, the lack of excitement that led me to leave Luxembourg brought me to Avignon, France the night before Millévin, an annual festival held the third Thursday of every November to celebrate the primeur wines (those wines sold the same year the grapes are harvested).

The manager then proceeded to highlight the following day's events:

In addition, many of the local restaurants were offering special fixed menus to celebrate the new wines.

To make my life even easier, Pop' Hostel was located on the same avenue as the parade, just a few blocks from Place de l’Horloge.

After enjoying a glass of wine and tapas at Pop' Hostel's bar, one of the chicer I've seen in a hostel, I called it a night.

Settling into my bunk, the privacy curtain closed, I quickly fell into a slumber.

The next morning I rose with enthusiasm to see everything Avignon had to offer.

The weather was cool and the skies were a crisp, bright blue.

I began, as any smart tourist would, with a meandering walk through the narrow streets to Les Halles.

An ivy-covered facade greeted me at the entrance, and sure enough, there were wine tasting tables set up inside.

Though the clock had yet to strike noon, I wasn't the only person checking out what was on offer.

After a few brief tastings and the requisite photos of produce and cheese counters (one of which advertised over 250 varieties), I exited the building in favor of Avignon's main attraction.

In the 14th century, corruption in Rome led the papacy to move to Avignon, where seven successive popes resided between 1309 to 1377.

This period is known as the Avignon Papacy.

The Palais des Papes, an austere-looking fortress lavishly decorated by Simone Martini and Matteo Giovanetti, dominates the city, the surrounding ramparts and the remains of a 12th-century bridge over the Rhone.

Beneath this outstanding example of Gothic architecture, the Petit Palais and the Romanesque Cathedral of Notre-Dame-des-Doms complete an exceptional group of monuments that testify to the leading role played by Avignon in 14th-century Christian Europe.  — UNESCO

The facade of Le Palais de Papes (the Pope's Palace) is incredibly austere and imposing.

The interior, which can be viewed for 11 euro ($11.75), is devoid of any noteworthy art or artifacts. However, fans of Gothic architecture should still appreciate it.

Constructed in the 12th-century, before the arrival of the papacy, the St Bénezet Bridge, colloquially known as Pont d'Avignon on account of a 15th-century song written about it, only features four of its original 21 arches.

It's quirky historic details like this bridge across the mighty Rhone River which served to further endear Avignon in my mind. 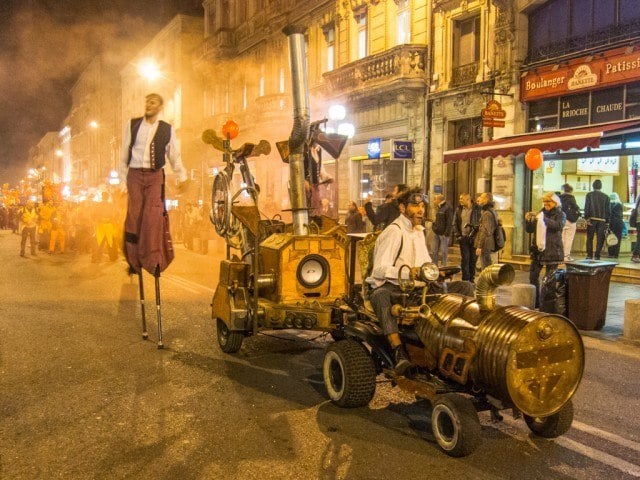 Due to the shorter days of Autumn, it was dusk by the time I began walking back to the hostel from Avignon Bridge.

I began chatting with a new guy in my hostel dorm, and together we headed out to experience what Millévin and the night, had to offer.

The hostel being on the Rue de la République meant we didn't have to do more than step outside the front door to be in the thick of the action.

The Défilé des Confréries was a raucous parade of winemakers led by a steampunk tractor.

We watched briefly, before heading further up the street to begin tasting wines.

The Place de l'Horloge at the center of historic Avignon was beginning to attract a crowd.

And at a cost of 3.50 euro ($3.75) for a wine glass and all the wines you can taste in a three-hour period (plus, a disposable breathalyzer) it was no surprise why.

My new friend and I began sampling the various wines at the wooden chalets.

Christmas lights hung from above, adding to the festive nature of the evening.

The crowds grew thick, making it hard to move around. Thankfully, everyone was in a celebratory mood. 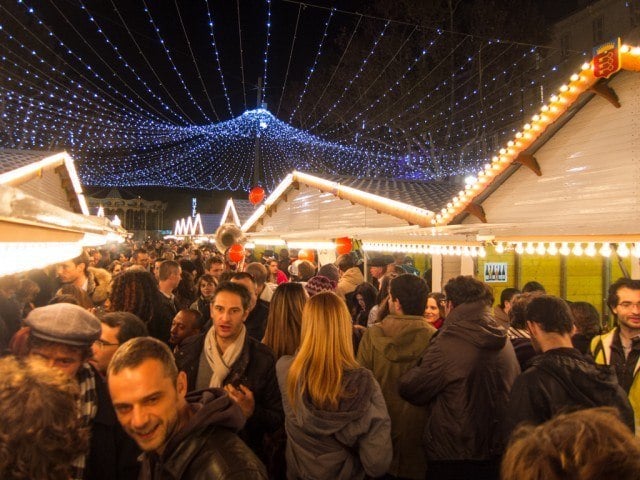 Along the way, my new friend and I met a group of female French university students.

By comparison, the University of Avignon has about 7,100 registered students.

We joined forces and continued to taste wines together though I can't say I was paying much attention to flavors.

I'd been swept up in the atmosphere and was merely along for the ride.

And when the winemakers in the wooden chalets began to run out of wine and close up shop at 9 pm, the students invited us to continue the night with them.

We walked away from the Place de l’Horloge for a few blocks and found a convenience store where we bought a few more bottles of wine.

Taking to a bench, we sat and drank from our official glasses for several more hours. 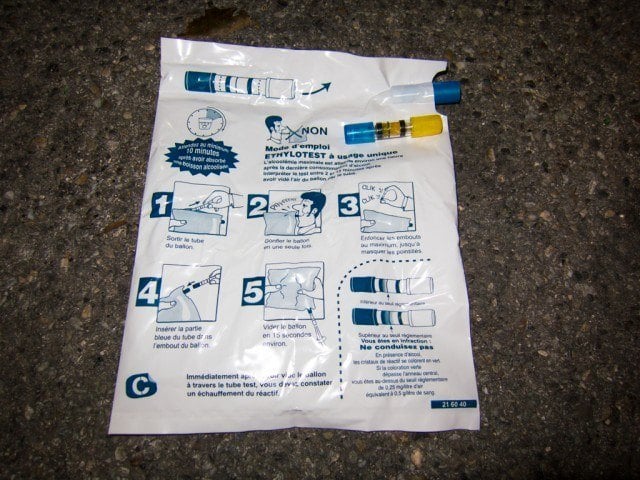 Avignon won me over in those first 24 hours. The history, medieval architecture, friendly students and ample access to wine all conspire to draw me back in a warmer season.

I still wonder if I would feel the same about the medieval city in the heart of Provence had I not arrived the night before their annual wine festival.