After my Annapurna trek, I returned to Kathmandu for my last week in Nepal.

I could only handle a few nights in rockin' Thamel (the tourist district) after having experienced the tranquility of Pokhara, so I sought refuge in nearby Boudha, home to one of the valley's seven World Heritage Sites.

My new base camp was much quieter at night, and by spending my last few days in Nepal there, I was able to photograph Boudhanath Stupa at all times of day, from sunrise to sunset.

I observed the daily life of the Tibetans who lived there.

And I bought a few wonderful souvenirs from the shops that enveloped the stupa.

Tibetan Buddhism is alive and well in Boudha, and it quickly became one of my favorite places in the world. 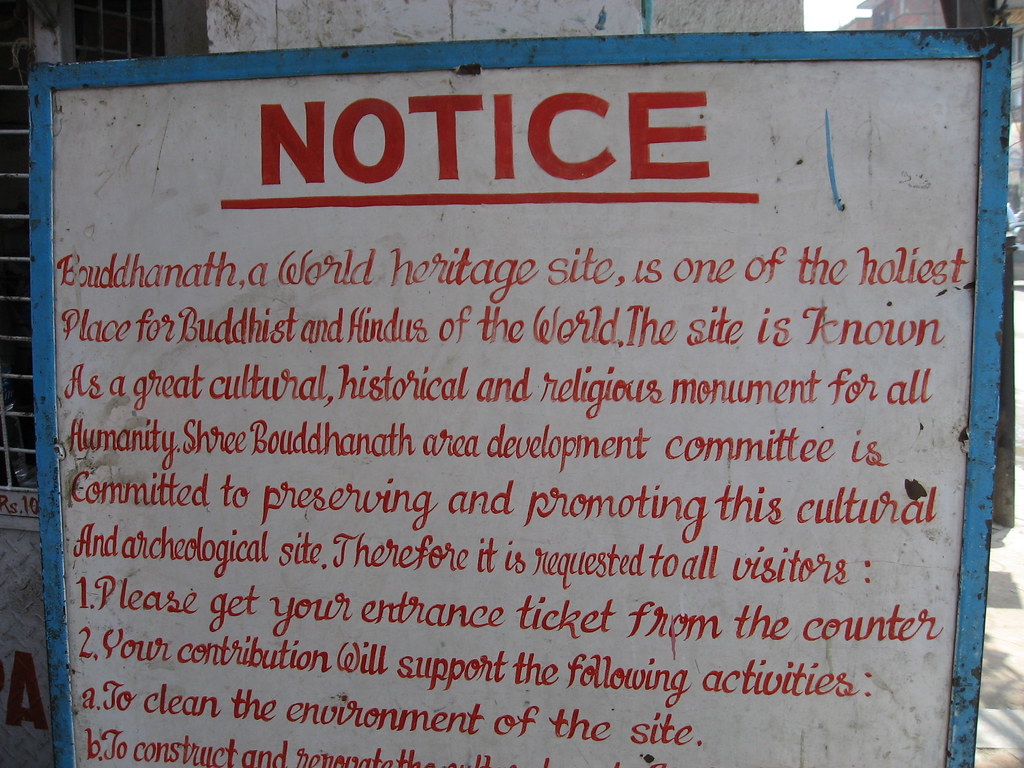 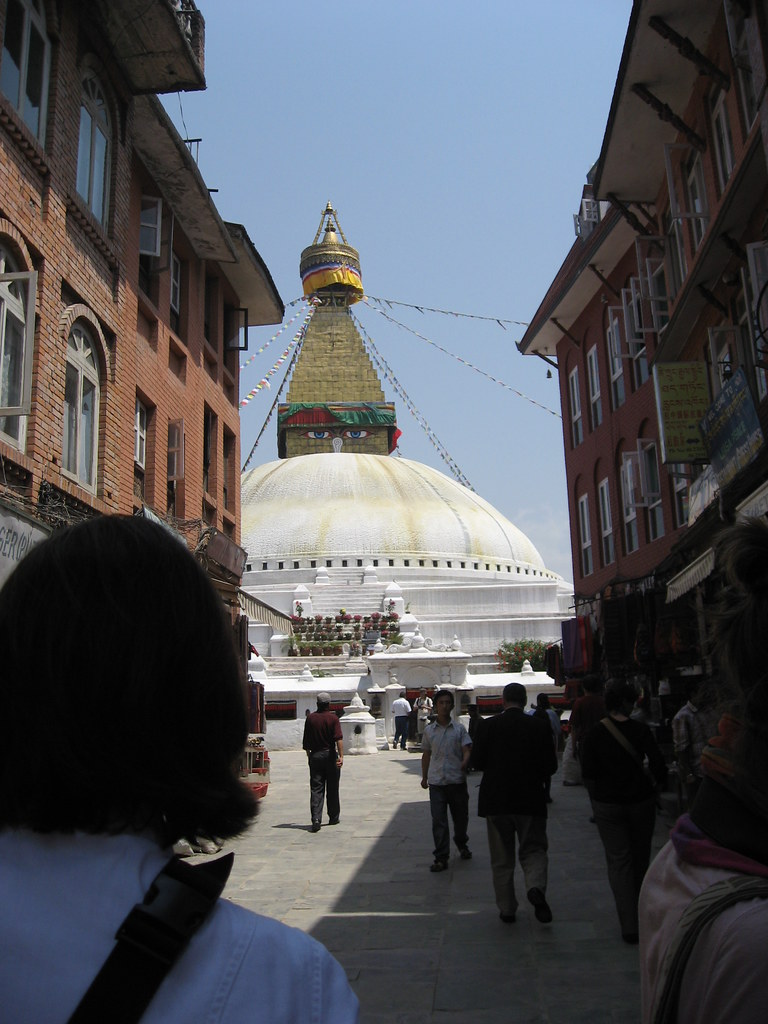 The first view most people experience 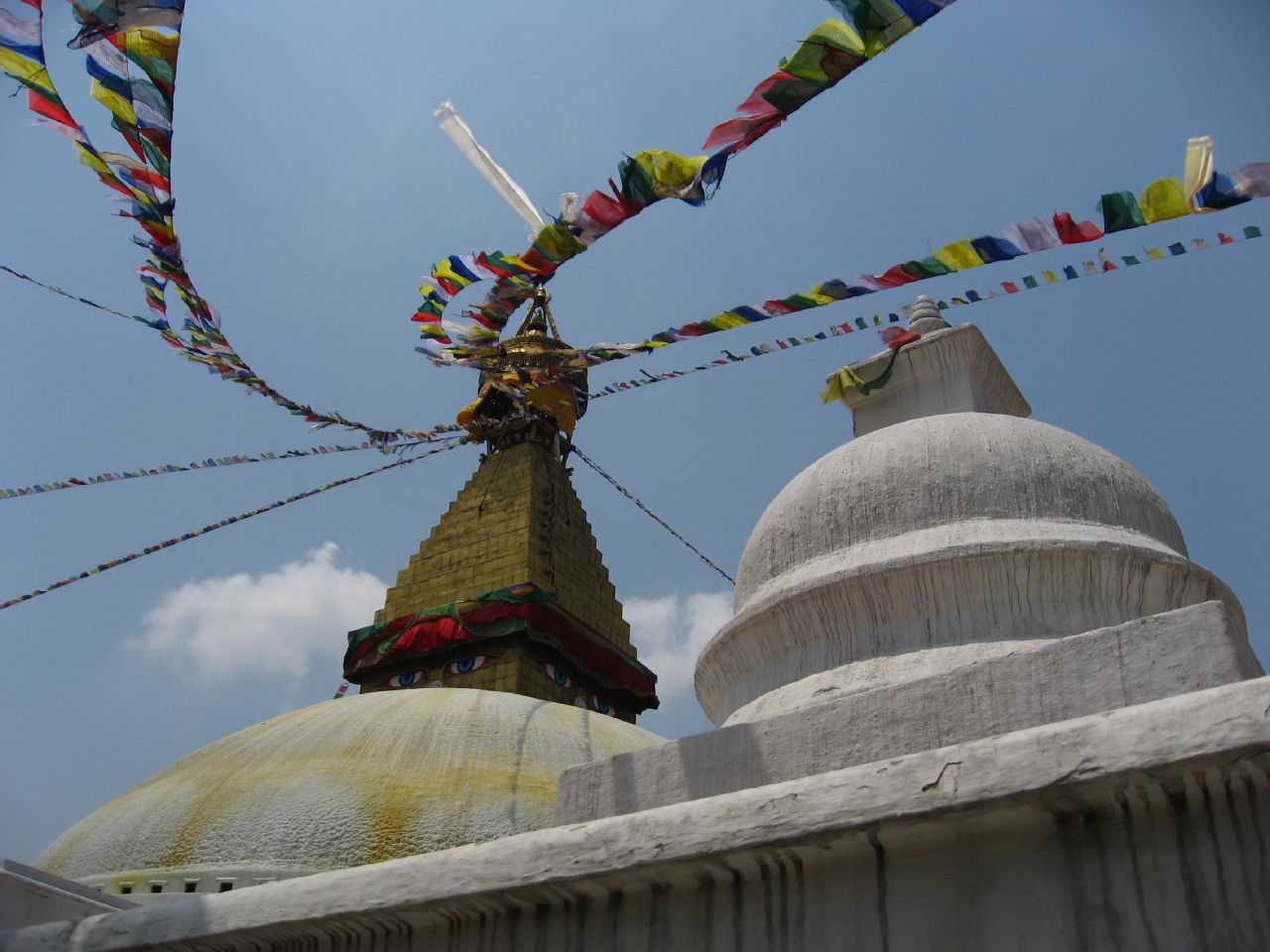 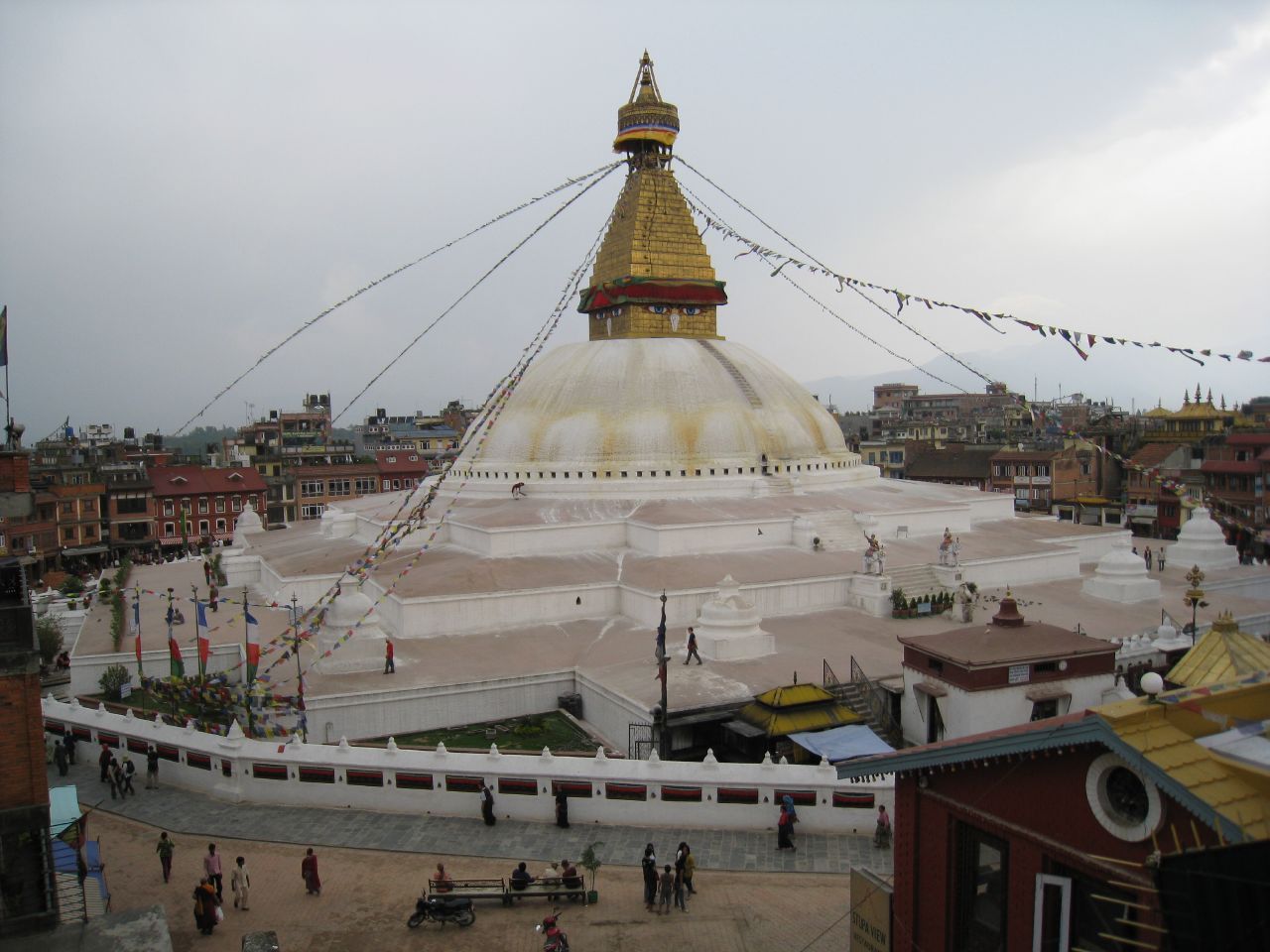 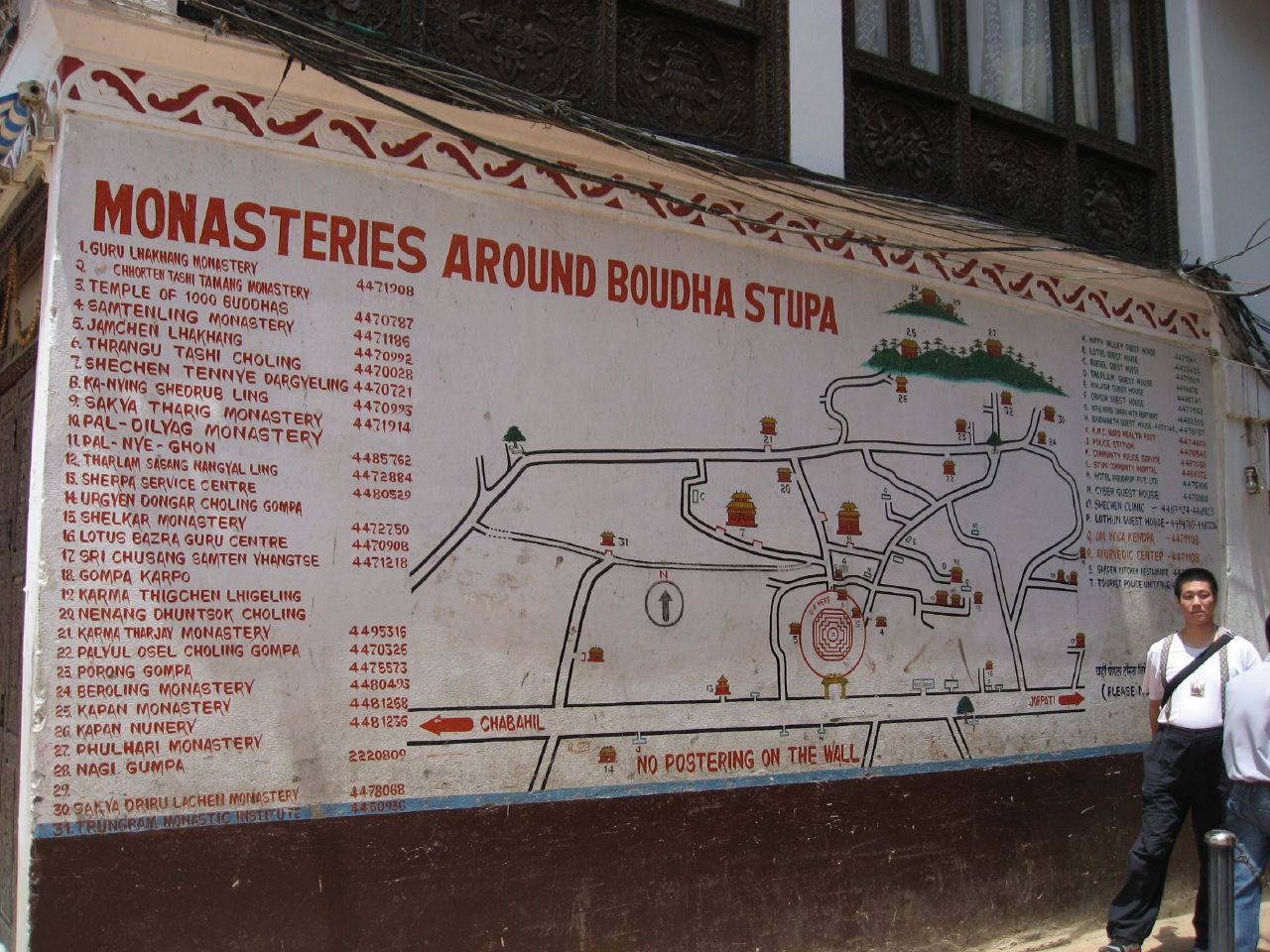 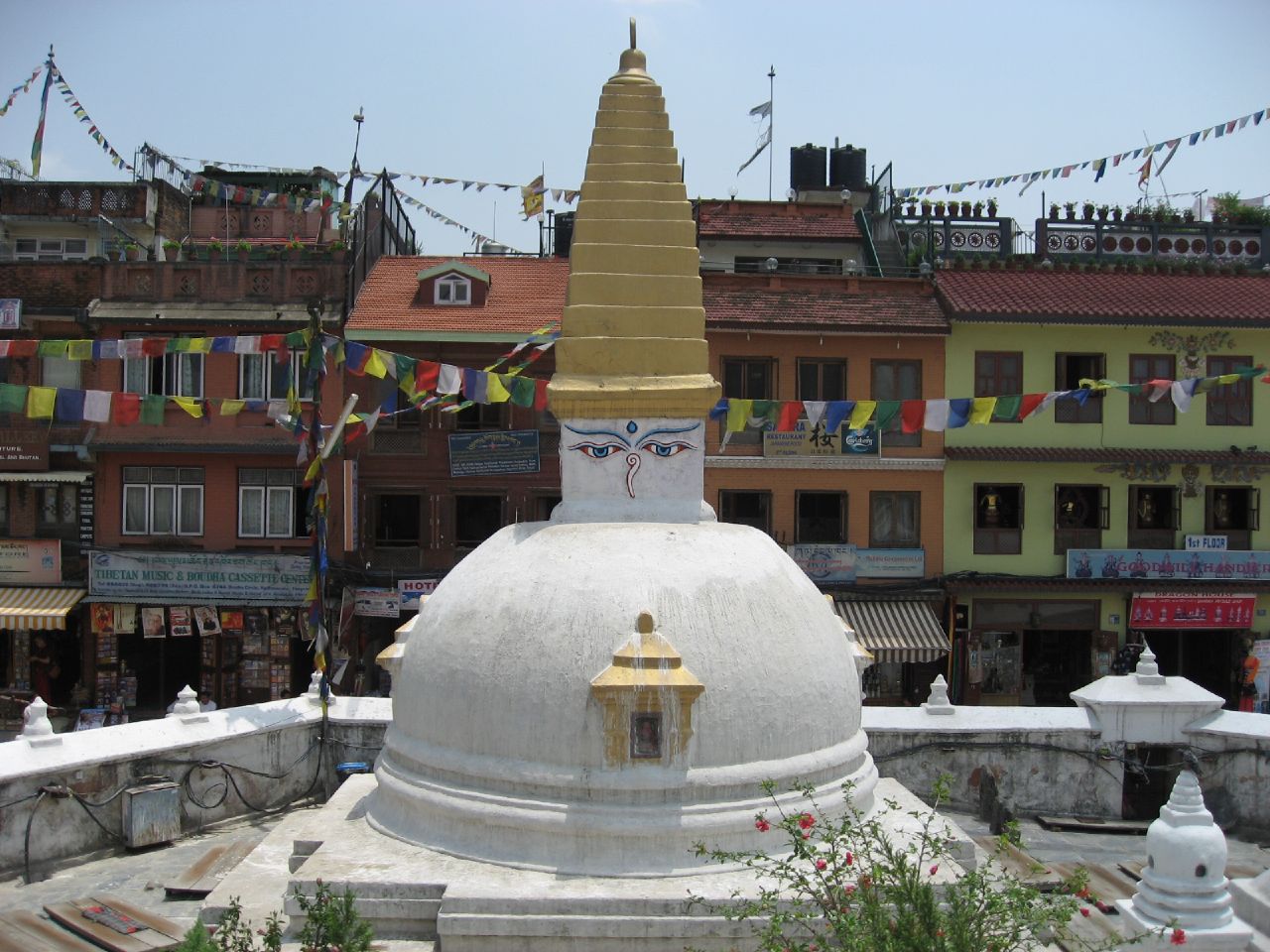 Minor stupa along the perimeter 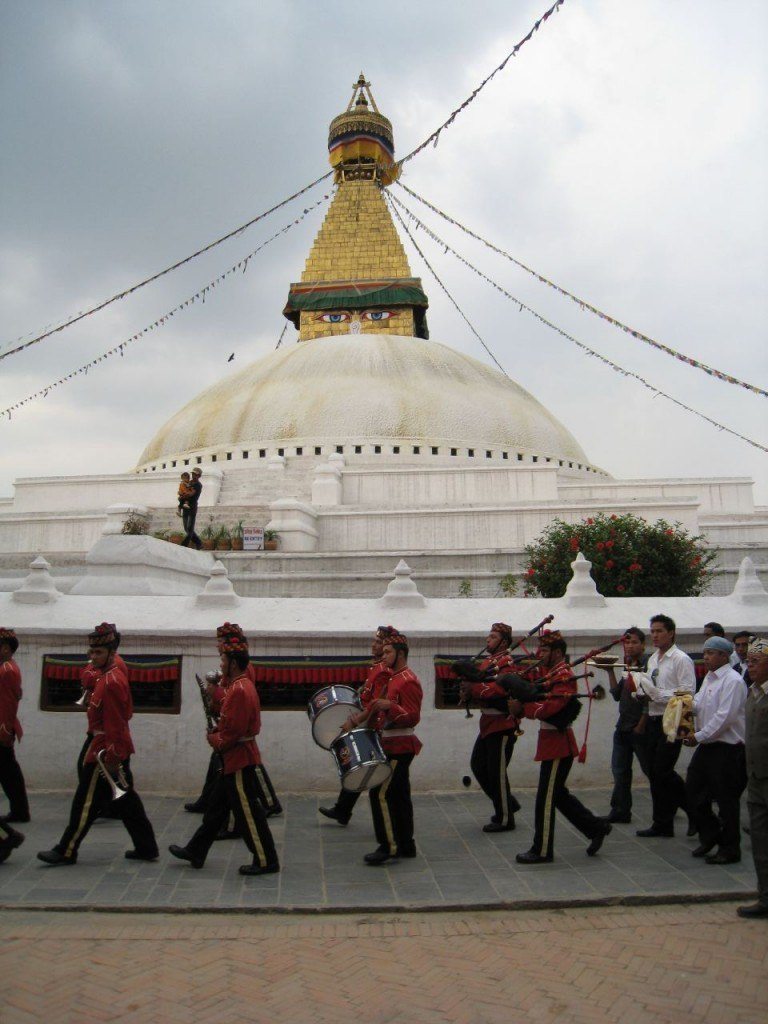 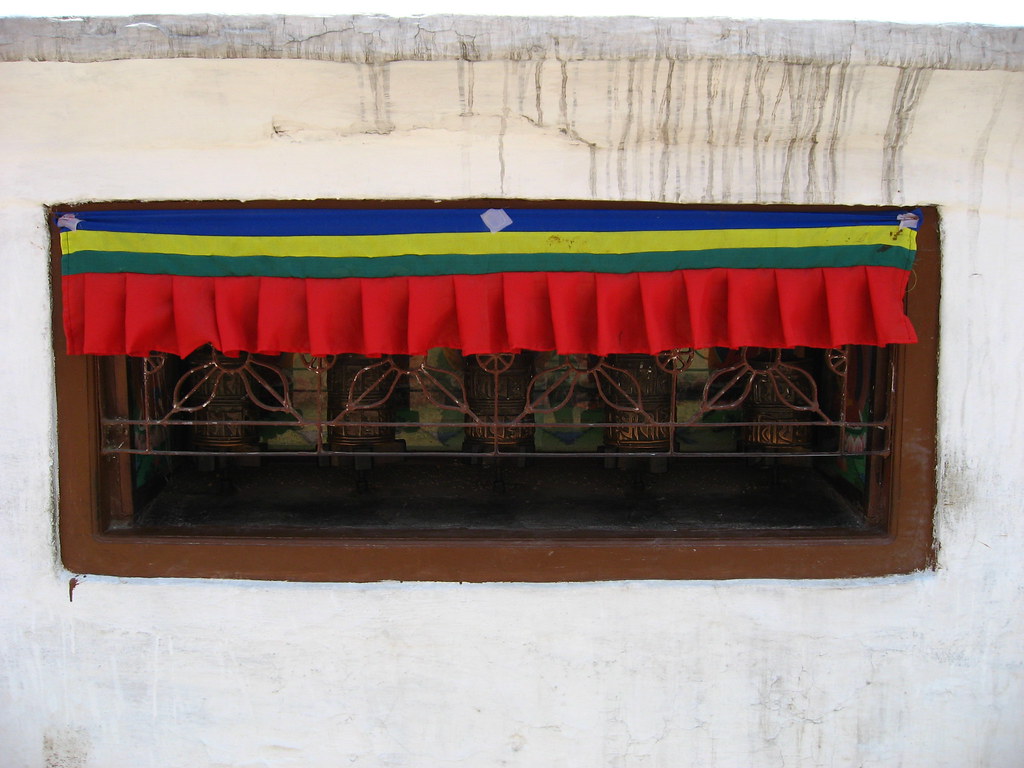 5 of the 108 prayer wheels surrounding the stupa 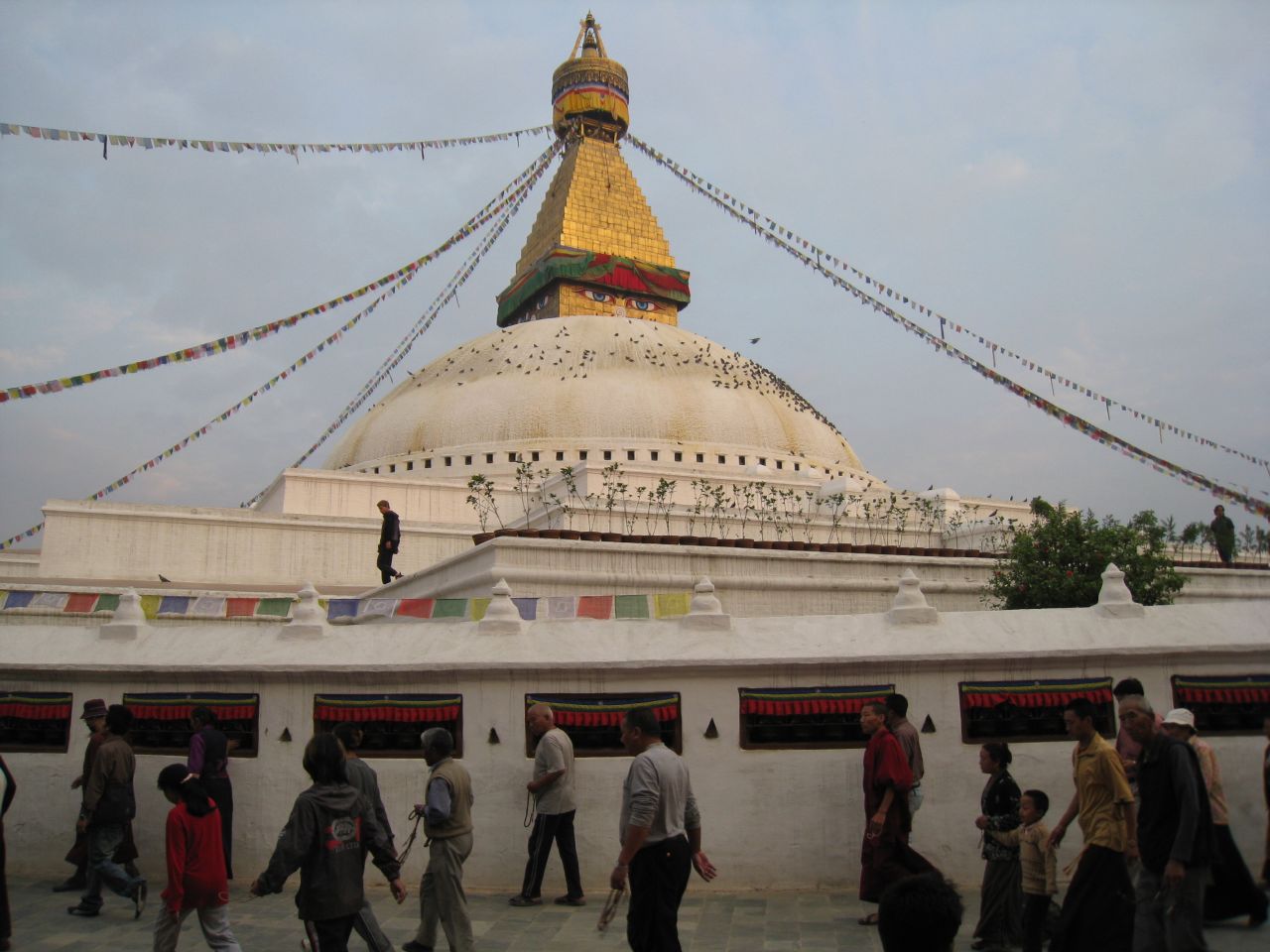 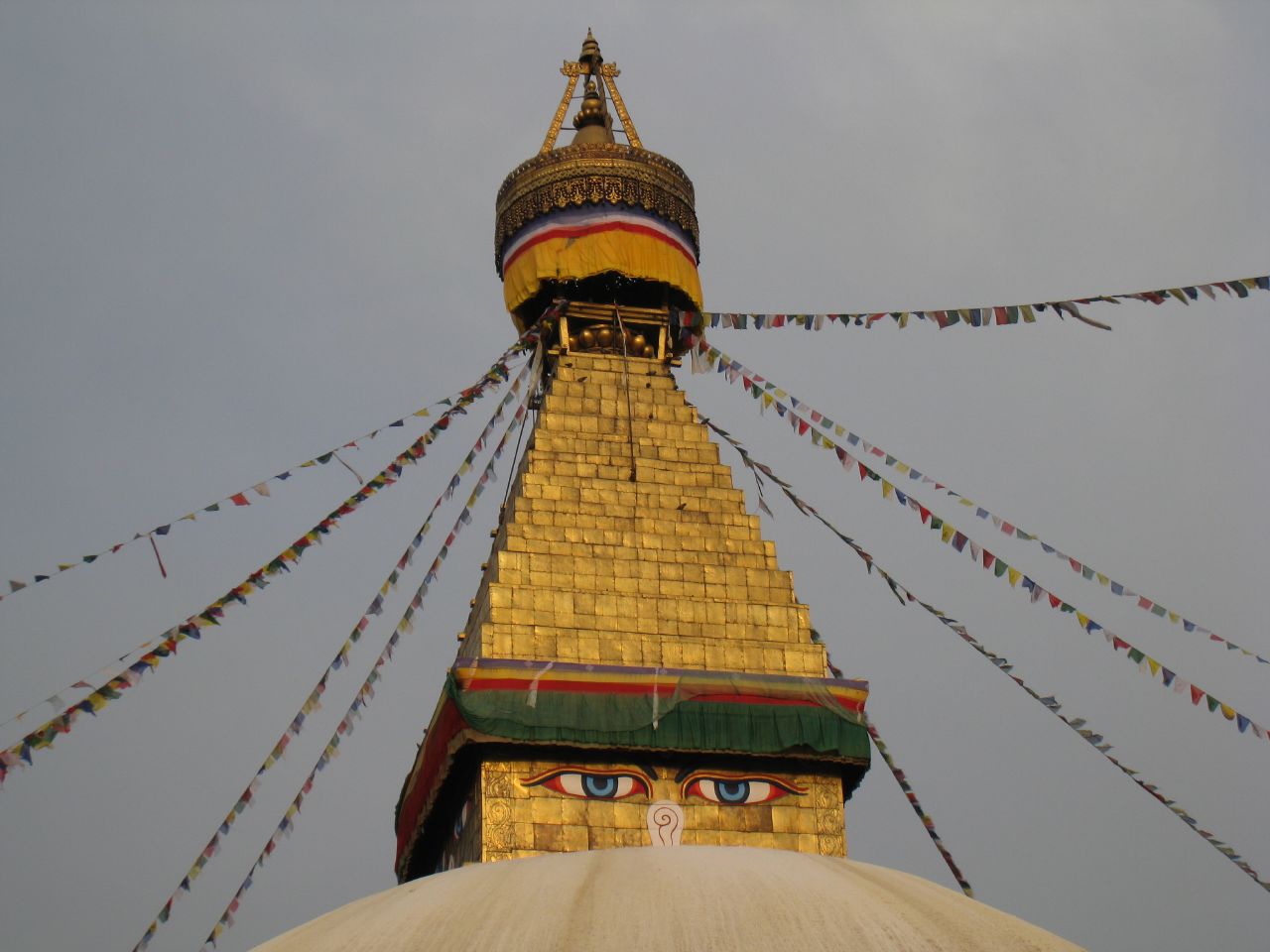 The top of the stupa glows golden at sunset 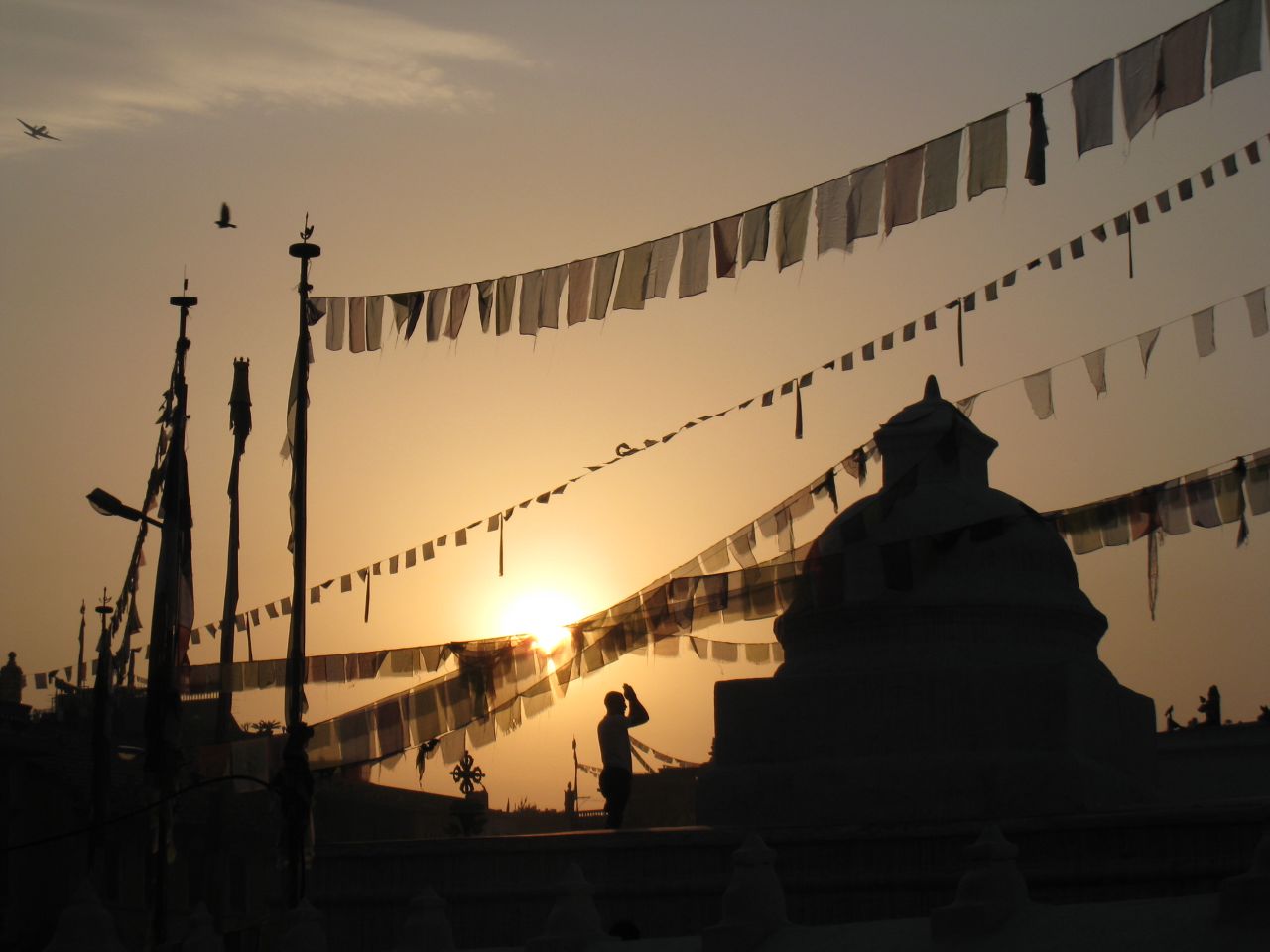 Sunrise prostrations by a Westerner (note the plane and bird in upper left corner!) 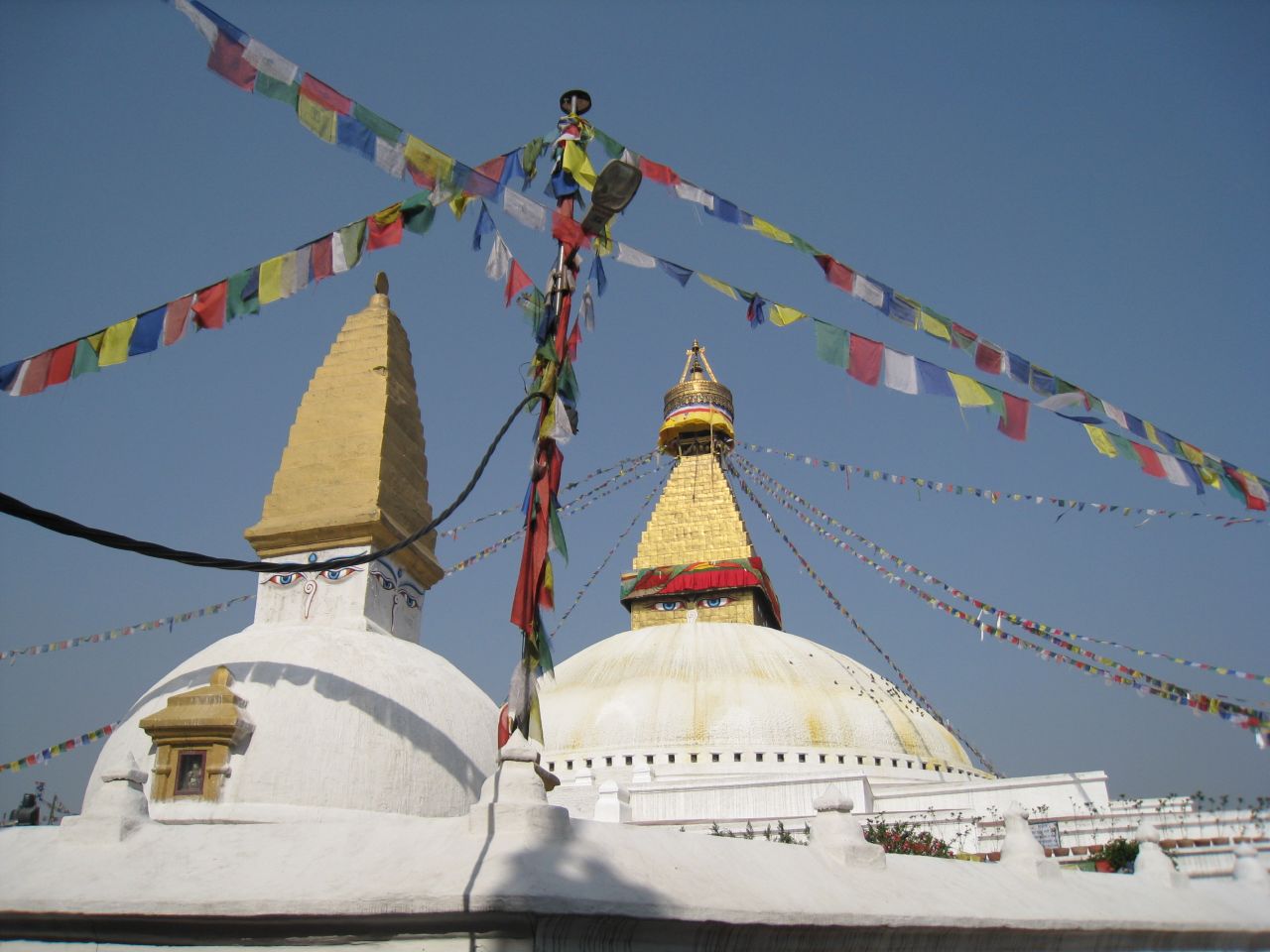 Amazing photos Dave. I have some photos I took during my trekking to Langtang. Can I post them in this blog?

Yes, if you'd like to share a favorite photo or several in the form of an essay, you can check out the submission guidelines for more info:

Lorraine - glad you liked my photos. It's amazing the effect Nepal has on the people who visit!

Lorraine - glad you liked my photos. It's amazing the effect Nepal has on the people who visit!

Such warm feelings permeated me as I viewed these pictures. I was here a year ago and Boudhanath was my favorite part of Kathmandu. I was in Nepal for 6 weeks and fell in love with the country, it's people, food, and culture. Boudhanath holds a special place in my heart!

I LOVE the photo of the man praying at sunrise, wow! What an extraordinary place!!!