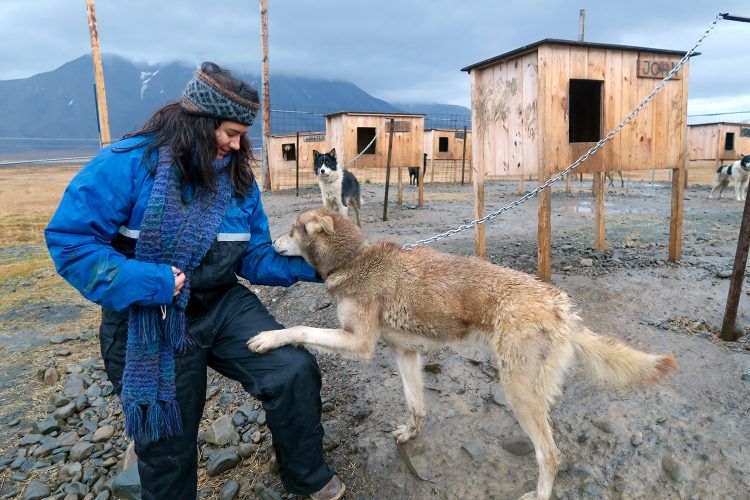 Hanging out with John the dog in Svalbard

Your first thought after having read the title of this article might have been: “Where on Earth is Svalbard?”

Well. Grab your nearest world map or atlas and head north of Europe. Past the Scandinavian countries, past the Faroe Islands, even past Iceland and you’ll find Svalbard – a Norwegian archipelago 650 miles (1,050 kilometers) from the North Pole.

As you can imagine, it gets quite cold in Svalbard, all year round. This won’t stop you from having any of the outdoor adventures that the region is famous for – they’ll merely enhance them.

Dog Sledding in the Snow

This was the adventure I was most looking forward to, as I love man (and woman’s) best four-legged friend and regularly seek dogs out when I travel.

It had rained, rather than snowed the day I was scheduled to go dog sledding, so we ended up going… I want to call it dog karting, instead.

We journeyed to the doggie base camp to pick up some pups. The handlers all seemed very well acquainted with the dogs and knew them all by name and nature.

I asked what determined which dog was selected for the trip and they explained that they rotate them, so that they each get to go out for a run every couple of days.

The dogs were more excited to go running than we were and enthusiastically took us for a wee little tour around the outside of town (where I saw the Global Seed Vault for the first time, more on that below).

The rain made it quite a muddy experience, but it was a lot of fun, regardless. 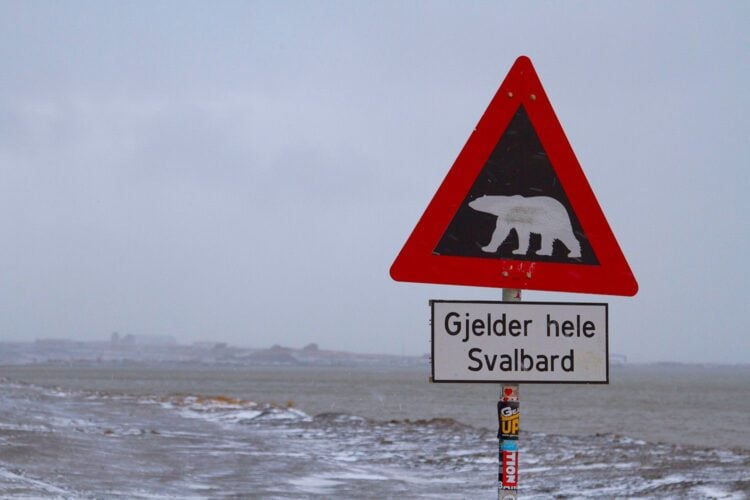 The signs warning you to watch out for polar bears, outside the city limits

Late October to early March is a period of time up north known as the “Polar Night,” where the entire region is shrouded in darkness for almost six months.

This time of the year is thus perfect for spotting the Northern Lights! I can assure you that their presence will quickly turn any holiday into the “trip of a lifetime”.

I did a tour that was northern lights specific, where we were taken outside the city boundaries, into a small cabin.

Here we enjoyed a delicious dinner and sipped on coffee and tea, in the hope of seeing the lights.

Unfortunately, they did not make an appearance that night, so we spent the evening learning about polar bears instead. Wasn’t too bad of a compromise, in the end.

Here was one activity I was quite disappointed to miss out on – snowmobiling!

I, unfortunately, didn’t have enough snow to justify going out when I visited (highly irregular for that time of the year, I was told) and had to choose another activity instead.

In normal conditions, snowmobiling is readily available in Svalbard – indeed it is a pretty normal mode of transport for locals. 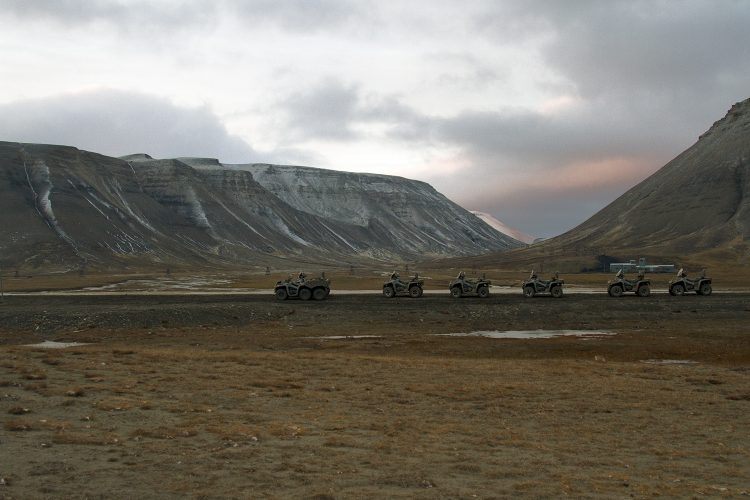 Instead of snowmobiling, I chose to climb on the back of an ATV bike (quad bike, for those of you who are as confused as I initially was) instead and go adventuring to some of the sights around Longyearbyen.

We headed outside of the city limits to visit the old airport and see the wreckage of a plane, before heading onwards, up nearby mountains to check out a couple of the now abandoned mines (Norway had several mines open in Svalbard when coal was a more sought after commodity – Russia continues to mine there to this day).

This involved driving up and down several hills that were iced over, which was a bit nerve-racking, but we were rewarded with some beautiful sights – and even saw a reindeer in the wild.

Learn about the Global Seed Vault

Not just for biology nerds, the Global Seed Vault is one of the neatest sights in Svalbard.

The vault was installed in 2008 by representatives of each Nordic government (Iceland, Norway, Sweden, Denmark, and Finland).

It contains specimens of seeds from countries around the world and is an insurance policy for the planet itself.

You can’t actually enter the vault (to my bitter disappointment) but you can learn about the history of the seed bank and how crops are grown in the arctic north.

That’s right… there are greenhouses in Svalbard.

There are plenty of other ways to explore Svalbard, from boat trips to glacier hikes.

Some activities are only available in the summer months, others during the polar night, ensuring that no matter what time of the year you go, you’re sure to have a unique and special experience.

It is my dream to discover Svalbard, Near the North Pole too. your adventurous and inspirational post make me to go to explore this beautiful destination. great post thanks

I hope you make it there one day! It's one of my favourite destinations to date.