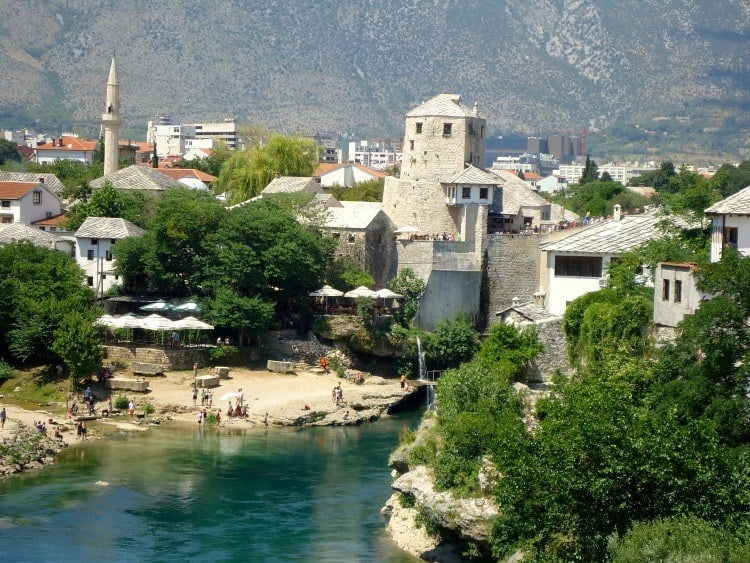 UNESCO sites, mountains, beaches, and old towns, the Balkans are an area of Europe that is rich in history.

Situated in the south-east of Europe, the Balkan Peninsula is made up of 10 countries with many of them having been a part of the former Yugoslavia.

Although Greece and Turkey sit within this peninsula, the Balkans consist of:

For those of us striving to learn more about the world as we travel, backpacking in the Balkans ticks all the boxes for education and presents a rather moving one which is what makes these countries so unique.

Albanians are some of the nicest people you’ll meet in the Balkans, and they speak Italian as well as Albanian.

Albania is one of the most surprising countries with UNESCO sites, beach towns, great nightlife and even their own Alps.

Buses aren’t air-conditioned and don’t necessarily run on time so opt for sticking out your thumb along the roadside and hitchhike instead. A good itinerary going overland is Shkoder, Tirana, Dhermi, Sarande, and Gjiokaster.

If there is ever a country in the Balkans which will evoke your emotions, it’s Bosnia.

In Sarajevo, buildings that were once symbols of an Olympic city are now full of bullet holes, acting as reminders of the Bosnian War, which took place from 1992 to 1995.

Sarajevo used to be the second most important town in the European empire and areas of the capital will remind you of Turkey with Turkish souvenirs that you can find in Istanbul.

Buses run from Sarajevo to Mostar, which is another favorite place to visit here, with a reconstructed famous bridge that was destroyed during the war. 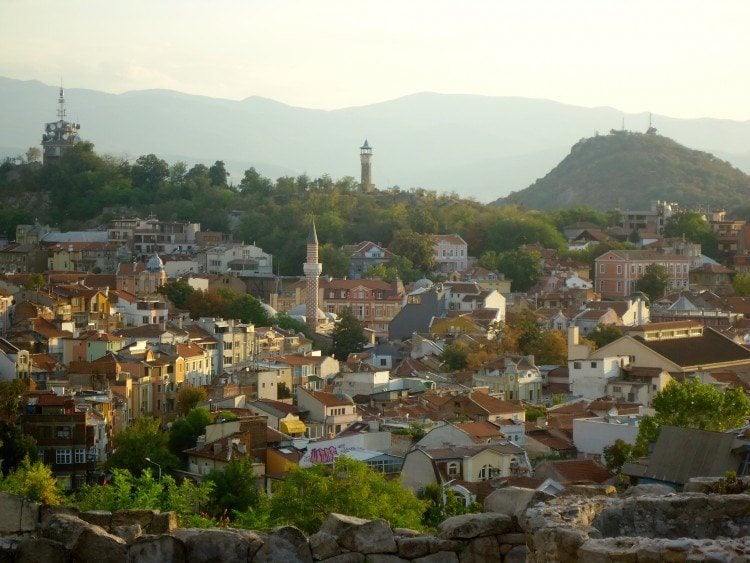 Plovdiv in Bulgaria is the oldest living city in Europe

Bulgaria is a country of contrasts from the neon lights of Sunny Beach on the Black Sea coast to Plovdiv – the oldest living city in Europe with a beautiful old town.

Sofia, the capital, is a fusion of historical and modern monuments, but head to the Rhodope Mountains to experience the hospitality of the Bulgarian people. The trains here are slower than the buses, but they do offer a scenic route.

Dubrovnik may be out of your backpacking budget with accommodation prices being high in the old town. However, it is one of the prettiest towns in the country.

Head to Split to jump aboard a boat that will take you through the Croatian islands.

There’s a good bus network here, but if you're willing to brave the crazy drivers, hire a car to see areas such as the Plitvice Lakes which are a stunning green oasis. Plus, Croatia has the best festivals.

A controversial country with the majority of Albanian residents. There isn’t too much to see here except the Novo Brdo Fortress or cave system in Gadime where you can take a guided tour.

Buses run between the cities. Crossing the border from Serbia may cause more problems than crossing from the Albanian side. 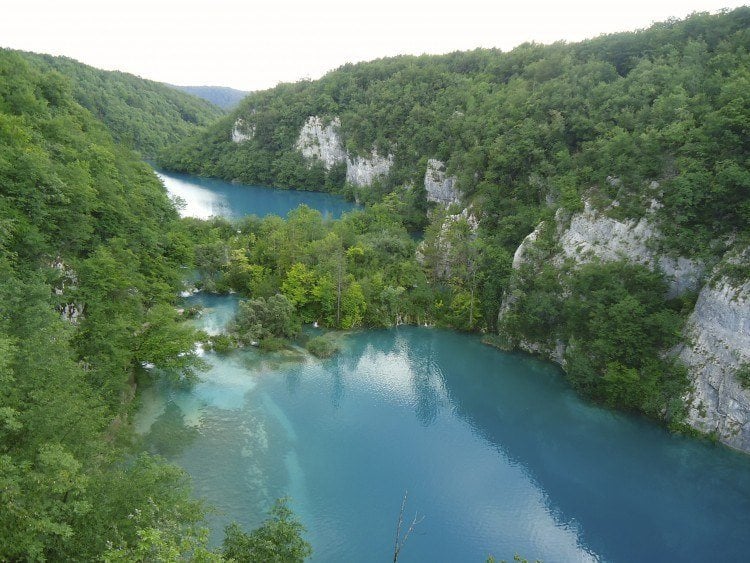 Hire a car to see the Plitvice Lakes in Croatia

The capital is surprisingly modern with monuments and artistic statues and even Mother Teresa’s house.

Check out Lake Ohrid, one of the oldest lakes in Europe with a UNESCO town full of churches and an old Roman theatre. For outdoor adventure head to Mavrovo for horse riding, biking, and hiking.

There are trains in Macedonia as well as buses, but be ready to walk 30 minutes from the bus stop in Ohrid as it doesn’t drop you in the center.

This country has the party scene for the clubbing backpackers with Budva resembling a mini-Ibiza.

The Top of the Hill open-air club attracts the top DJs but for some peace and quiet – the Bay of Kotor is just stunning and the old city has excellent views of the bay if you can handle the steep climb.

Party first at Budva then head to Kotor to relax. Take the bus around the country for ease.

Traveling through Romania, you’ll soon realize that it’s not the scenes depicted from the Dracula novels. There are castles here, with Peles Castle north of Bucharest being the most beautiful.

This country offers plenty of countryside and the university city of Timisoara has many parks to see. Start in Bucharest, then take the train to Sinaia, Brasov, and Sibiu to see the best of the country. 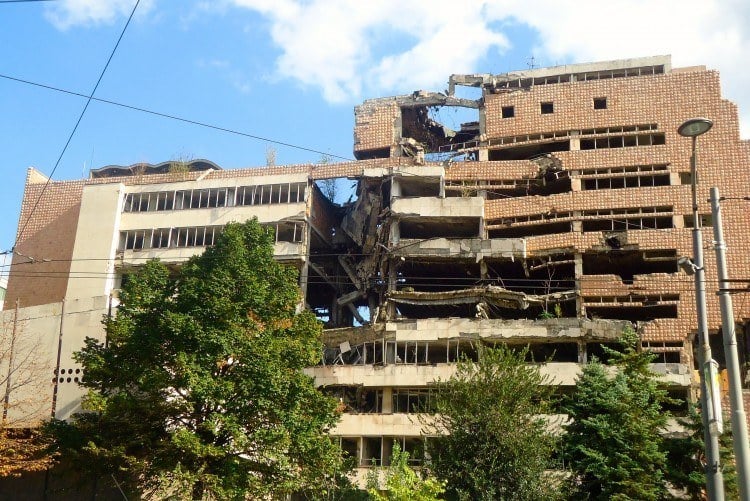 The funky capital of Belgrade, Serbia has some of the best nightlife, with boat clubs along the river where the Sava and Danube Rivers meet. There’s enough in the capital to spend three or four days here.

Then, head to Novi Sad for the Petrovaradin Fortress, before moving on to the mountainous Zlatibor region in the west.

Serbia is well-connected by train from Romania, and can be easily traveled by bus.

Don’t overlook this tiny country. It may be small, but is has so much charm. The capital Ljubljana has Baroque style architecture with musicians playing in the main square.

Lake Bled is the place for adventure and has almost every adventure sport going and a good backpacker vibe too. It doesn't take long to go anywhere in Slovenia, with the country being tiny, so don’t expect to be on a bus for longer than two hours.

If your final destination is Turkey, getting to Istanbul is easy with buses operating directly from many of the Balkan countries. If you choose not to fly, a bus ticket will cost you about $40 from Skopje in Macedonia to Istanbul.

So next time you plan a trip to Europe, head outside of Western Europe and visit the Balkan Peninsula instead.

you made my day with Kosovo pic . thanks

Officially Slovenia is part of Central Europe according to all Geological organizations since it's much more connected with the German and Austro-Hungarian empires.

The culture is very different in Slovenia, it looks more like Austria and Alpine Germany with a mix of Italian, Balkanian and Hungarian customs, still very interesting. People are super nice and most speak English. It feels different than the rest of the Balkans which are really special.