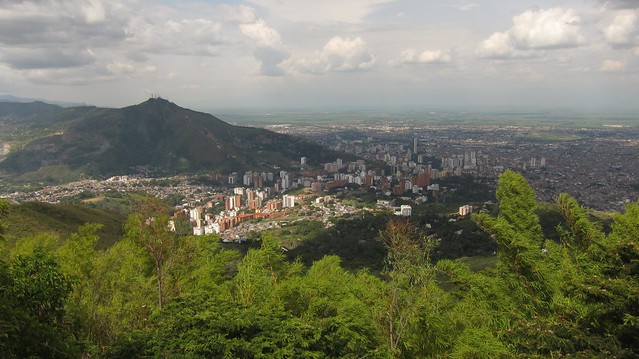 Cali is known as the salsa capital of Colombia, if not the world, and for this reason alone, it is a popular place to visit for those with extra time in the country.

The city features dozens of dance schools, catering to all skill levels, plus some of the hostels even offer group instruction.

Colombia's third-largest city sits at a lower elevation than Bogota or Medellin, meaning temperatures warm up in the Summer; however, they still don't get as steamy as the coast.

Aside from being an excellent place to party, Cali's restaurant scene is amongst the best in the country.

Internet Access: No free wi-fi. There may be internet shops open during regular business hours.

When leaving the city, you can usually show up and find a bus departing within a few hours for wherever you're headed, especially if it's another major city such as Bogota or Medellin.

The exception is national holidays when a more significant number of Colombians are traveling around the country. 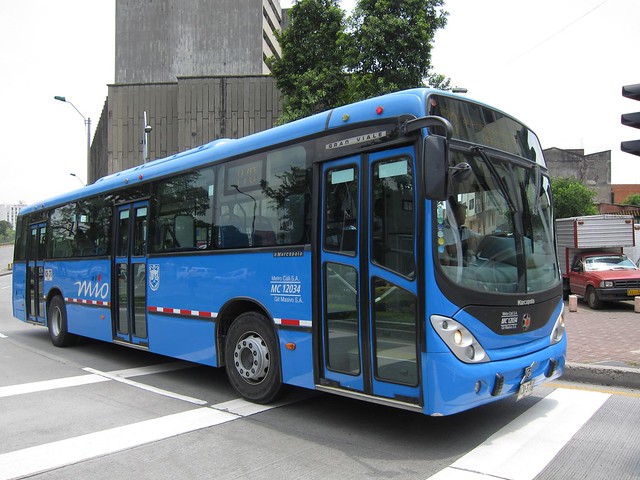 Taxis are an easy and inexpensive way to get around the city.

You can hail them from the street; however, it's safer to call a taxi service to have one pick you up.

Upon calling, they will give you a code (clave) to confirm with the driver, thereby ensuring you're getting in the right taxi.

Be forewarned; sometimes, the taxis don't show up, so leave yourself extra time if you're meeting someone at a specific time.

Make sure the taxi's meter is on once you get started.

Unlike Bogota taxis, the meters in Cali taxi reflect the rate in pesos that you'll have to pay.

The exception is if the taxi driver had to wait for an extended time at some point along the trip, in which case he may ask for an additional 1,000 pesos ($0.75).

For safety purposes, it's better to sit in the back seat, with the windows rolled up.

Do not take valuable possessions out of your pocket, purse, or bags while in the taxi.

Smartphones are an especially popular target for thieves.

Some taxi drivers work together with the thieves, and garner a share of whatever is then stolen from you.

It offers a clean, efficient system of routes throughout the city, and during off-peak hours, it will be more comfortable than taking the regular private buses.

A plethora of private buses ply the city streets and can take you just about anywhere you need to go.

The bus routes are posted in the front windows and feature major landmarks, universities, and shopping centers to help you get your bearings.

Flagging a bus is as easy as holding your hand out as it approaches.

To get off the bus, look for a red button on the inside to push, or if you can't find one or it's not working, alert the driver that you want to get off. 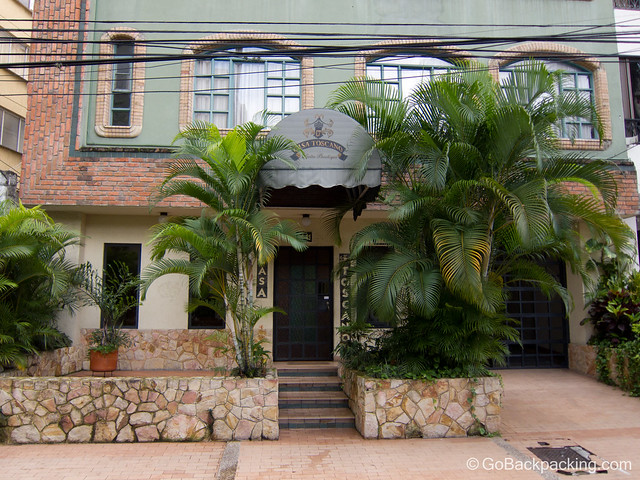 Casa Toscano is centrally located and within walking distance of La Sexta and barrio San Antonio.

The majority of hostels are located around La Sexta, the city's Zona Rosa, and historic barrio San Antonio, which is quieter and filled with charming restaurants.

San Antonio is one of the safer and prettier neighborhoods in the city; however, petty crime still occurs as thieves target tourists. Take care when walking around at night.

Jovitas Hostel – Calle 4 #5 – 43, Barrio San Antonio. A unique benefit to staying at this hostel is the weekly group salsa lessons. You'll enjoy the Cali nightlife more if you learn the basics of this Latin dance.

Breakfast is included, the wi-fi is reliable throughout the hotel, the staff is friendly, and overnight guests are allowed, which is not often the case with hostels.

If you plan to spend a few weeks or months in the city, then you'll want to rent a room or apartment.

Couchsurfing is another option that can help you save money and give you a chance to see the city through a resident's perspective.

As most Colombians live with their parents until married, it may be hard to find a place to stay; however, members of the Cali CS group get together often, so it can still be an easy way to meet the locals. 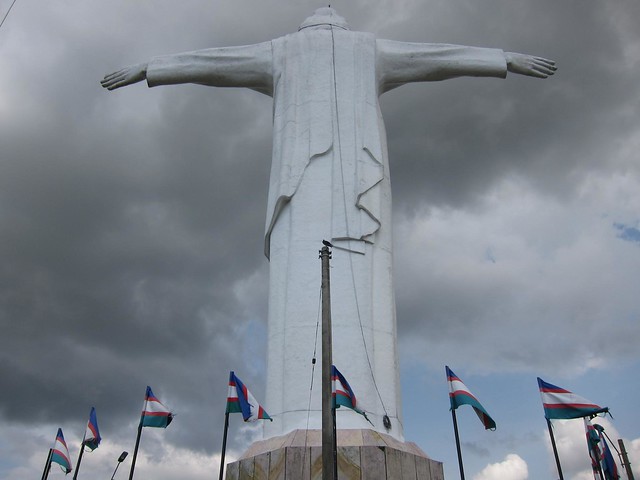 The Cristo Rey (Christ the King) statue is perched atop a mountain overlooking the city.

Most visitors focus on salsa dancing in Cali; however, there are a few noteworthy points of interest that can help round out your experience during the day.

Cristo Rey – A statue of Christ the King sits high upon a mountain overlooking the city.

Take a taxi during the day to get sweeping views of the city. The area around the statue is known for thieves, so try not to go alone.

Cerro de las Tres Cruces – The mountain of 3 crosses also offers excellent views of the city, and can be hiked up for those looking to exert themselves.

Zoologico de Cali – The Cali zoo is the best in the country, and features a wide array of indigenous animals, as well as lions and a giant tiger. Admission is only a few dollars, and it's worth spending a few hours here.

Historic churches and parks – Spend a morning walking around the downtown area (Centro) to get a real feel for the city.

Walk up the hill to Iglesia de San Antonio, a church, for beautiful views of the city. The surrounding park is a popular gathering place for locals every Sunday night.

San Cipriano – This small pueblo about an hour by bus outside of Cali gets rave reviews from travelers. The most popular thing to do is rent an inner tube and float down the river. 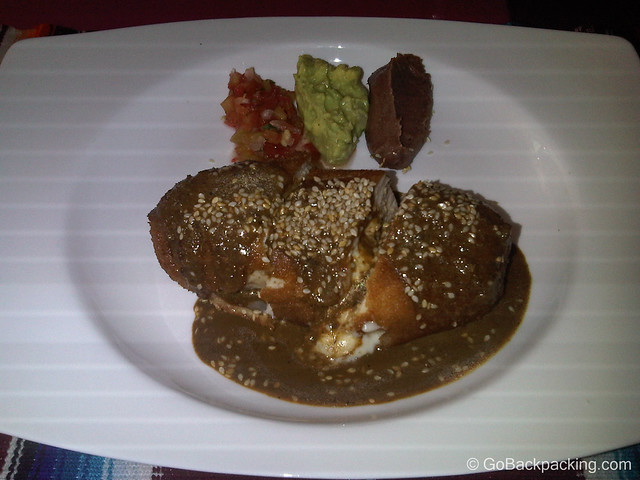 Chicken in a mole sauce at Rosa Mezcal.

Cali's food scene is excellent, and you can find terrific restaurants by merely walking around barrio Grenada or San Antonio.

Sancocho de gallina – Popular soup made of chicken, corn, plantain, and a variety of seasonings.

Teatro Magico del Sabor – Calle 4 #10 – 30, Barrio San Antonio. This restaurant focus on more than just preparing Colombian food. The chef also puts on a show in his open-air kitchen as he cooks. 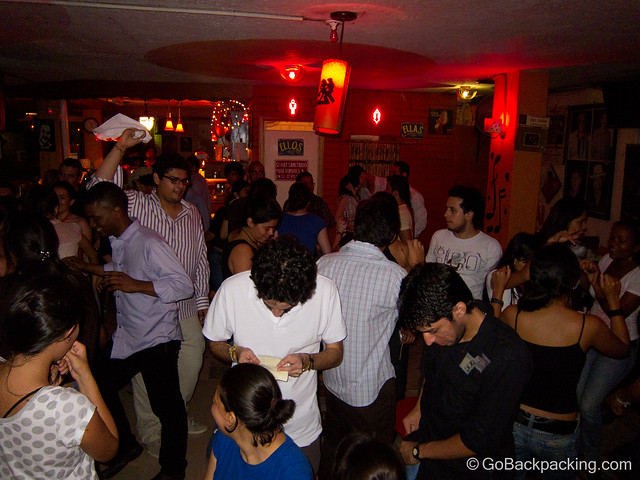 Colombian nightlife has an excellent reputation, especially within the big cities, and Cali is no exception.

The city's Zona Rosa, or central nightlife district, is La Sexta (Avenida 6). If you're staying in a nearby hostel, it's a short walk, otherwise, hop in a taxi.

To gauge which clubs are hot at any given time, check out the ones being featured regularly on Pegateya.

Chango – Km 3 Via a Cavasa, barrio Juanchito. Historic salsa bar in the northeastern part of town.

La Sexta (Zona Rosa) – walk down the main avenue until you find a bar or discoteca that looks like fun. Most will not start to fill up until 10 or 11 PM, Thursday, Friday, and Saturday nights.

Menga – After you've had fun on La Sexta, catch a cab 15 minutes further north to barrio Menga, which has a strip of late-night discotecas that remain open until 4 AM.

The 138-page, all-original Medellín Travel Guide by David Lee is available for Kindle and PDF.

The website title go backpacking hardley represents the current day backpacker. Looking for cheap eats in cali, colombia and I come up with a restaurant with an average price of $30,000COP for an entree? Not really catering to backpackers is it? Pretty dismal.